Bollywood’s very own Priyanka Chopra is said to star in an upcoming Hollywood film, Baywatch, alongside Dwayne ‘The Rock’ Johnson and Zac Efron.

"Yes, Priyanka Chopra is in talks to join Dwayne Johnson in Baywatch."

Will Bollywood babe Priyanka Chopra be the next Pamela Anderson?

PeeCee is said to be the latest star to feature in the US film Baywatch, joining early talks about the movie taking place.

Priyanka’s representative, Anjula Acharia-Bath, has confirmed that these rumours are true:

“Yes, Priyanka Chopra is in talks to join Dwayne Johnson in Baywatch.”

The Bollywood actress is currently trying to work out the dates for the movie’s shooting, but certainly seems up for the role. 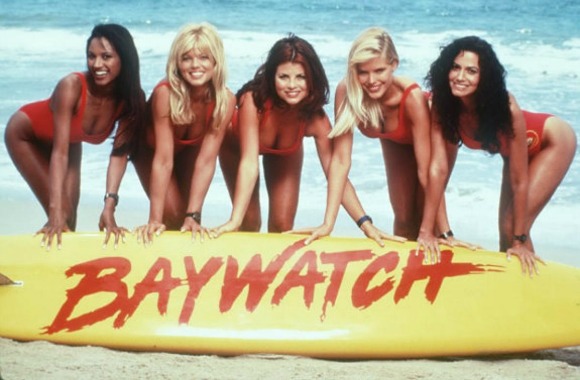 The film, based on the popular US 1990’s television show Baywatch, focuses around Californian lifeguards running down the beach to save lives. (Often in skimpy swimsuits!)

US legends David Hasselhoff and Pamela Anderson starred in the show, alongside many other famous names.

The remake in movie form will be directed by Seth Gordon, famous for Horrible Bosses (2011), and will star High School Musical’s (2006) Zac Efron, as well as Dwayne ‘The Rock’ Johnson.

The recent People’s Choice Award winner, first for a South Asian actor, is certainly taking the world by storm.

Her involvement in a Hollywood film like this will undoubtedly be explosive for her career.

However, Priyanka has specified in earlier interviews her preferred type of film roles.

She told The Mumbai Mirror in October 2015: “I’ve always been clear that I will only choose roles in the West that will match my Bollywood status.”

A source close to the Baywatch production tells The Mirror of the key criteria for the lead female role:

“She had to look sexy, stylish and complex. Priyanka has been approached to play the leading lady who, incidentally, is also the baddie.

“There is a scheduling conflict since she is filming Quantico and the show has been renewed for the second season. But the makers are keen to sign the Indian beauty.”

The source also confirms that a key element for the role would be to ace that red bikini look. 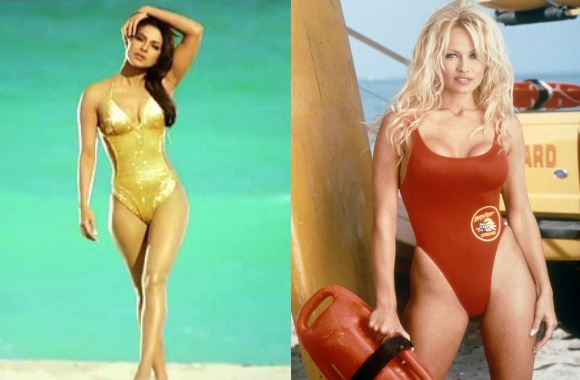 As we have seen in her music videos and Quantico before, PeeCee would have no problem rocking that sizzling look!

The Quantico actress has certainly made an impression on her American audience, and we cannot wait to see her on the big screen!