Why is Priyanka Chopra missing from the Baywatch photo?

Bollywood star Priyanka Chopra is notably missing from the poster of her first Hollywood film, Baywatch (2017). DESIblitz finds out more!

"As long as people want to watch me in Hindi cinema, I will be there."

Bollywood star Priyanka Chopra is all set for her Hollywood debut in a new take on the 1990s TV series, Baywatch.

Yet, PeeCee seems to be missing from the first official poster released for the action-packed film starring Dwayne ‘The Rock’ Johnson in the lead.

Don’t worry! She hasn’t been ousted from the project, fallen out with her fellow cast or other filmy drama that you may be expecting.

In fact, PeeCee is very much still part of Baywatch and we will definitely see her pack a punch when it hits screens on May 19, 2017.

The reason for her notable absence from the sizzling poster – featuring three sexy babes alongside The Rock, Zac Efron and Jon Bass – is simply because she plays a villain who will not be donning the iconic red swimsuits. 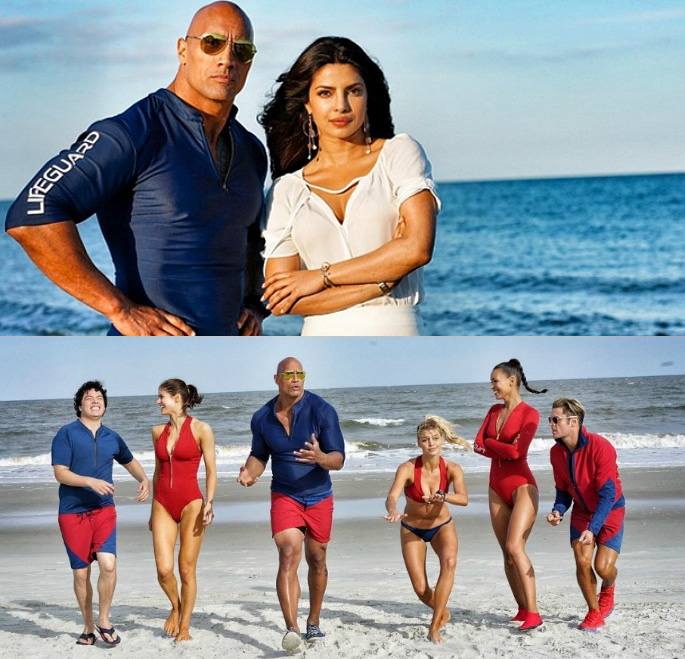 Priyanka portrays Victoria Leeds, who is originally written as a male role. She explains how it all happened:

“I met the director (Seth Gordon) on Skype. The negative part was actually written for a man. I spoke to him for another role in the film, but he liked the idea of me playing the negative role despite being a woman. So, the script was reworked.

“It was really exciting that they changed the role for me. You have to be a very strong character to take on The Rock and entire lifeguard squad.

“They will be six whereas I am alone. It looked very cool to me.”

Her first look in Baywatch surfaced in March 2016, when the Mary Kom (2014) actress was seen filming in Florida, commanding her role in a high slit dress complete with colourful heels.

PeeCee has been having an awesome time working with the film’s good-looking cast, sharing her on-set fun moments on Instagram whilst taking some downtime to wine and dine with the crew. 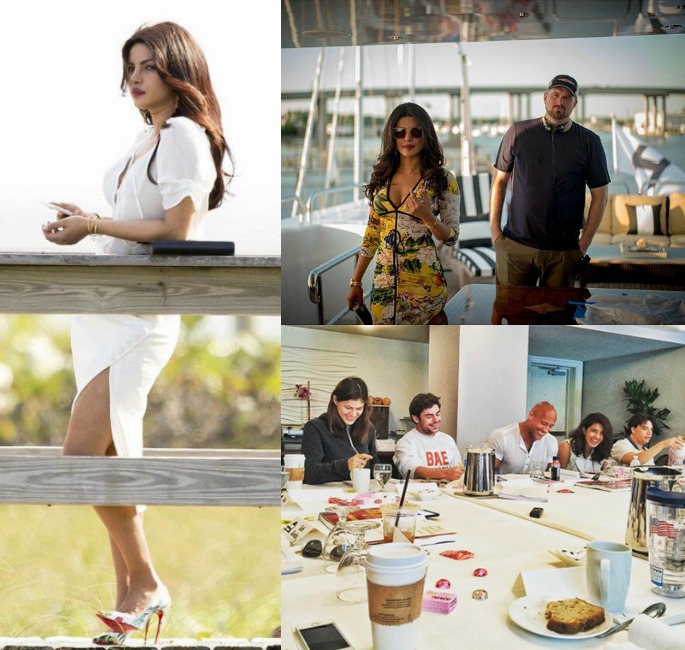 The Bollywood beauty has mesmerised everyone with her talent, including the wrestler-turned-actor Dwayne Johnson, who was last seen in San Andreas (2015).

While we may be very pleased that Priyanka is winning over hearts in the West, we are not ready to see her leave Bollywood just yet!

Her calendar is so packed – performing a Prince tribute at ABC Upfront, strutting down the red carpet with Meghan Trainor at Billboard Music Awards and shooting Quantico Season 2 – that we cannot help but wonder when she will return to India. 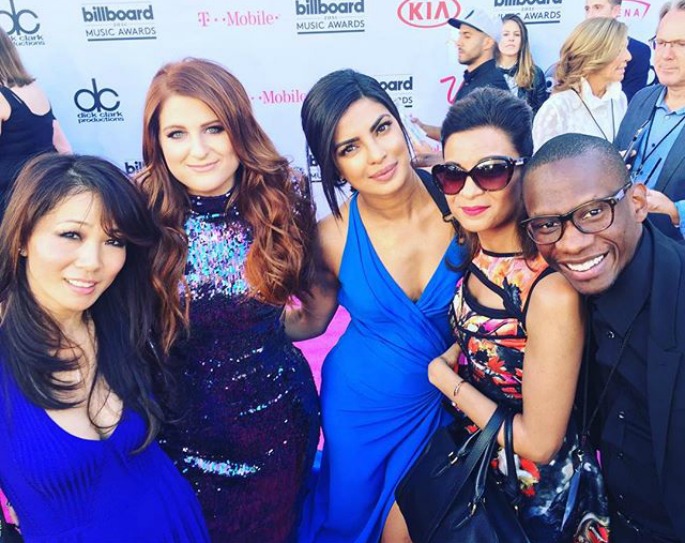 PeeCee comments: “I can’t do everything. And that breaks my heart. This year, I have taken up Baywatch and I will take on another Hindi film.

“The next year, I may do two Hindi or English films, it all depends on what I’m offered. But as long as people want to watch me in Hindi cinema, I will be there. This is my heart and soul.”

With that promise, PeeCee fans can breathe a sigh of relief and count down the days until she takes over Bollywood box office with a kick-ass role again!