Aishwarya Rai takes Twitter by storm in a live Q&A session with fans. Find out what she has to say about her new film Sarbjit and hubby Abhishek Bachchan!

"We are grateful to God that our life give us enough reason to smile."

Aishwarya Rai Bachchan may not be on Twitter, but her army of fans are no less enthusiast – as they have during a recent Q&A session with the Sarbjit (2016) actress.

Looking pristine as ever in a red outfit matched with luscious red lips, she answers an interesting variety of questions about the making of Sarbjit, her acting career and juggling it all as a working mother.

A nice little surprise comes her way when hubby Abhishek Bachchan joins the live session, and we have to say, he asks the best question of all!

The All Is Well (2015) actor wants to know how Ash managed to leave the emotional intensity of playing Dalbir Kaur at the door when she comes home after work.

With a blissful blush on her face, Ash replies: “That’s life, no? We are grateful to God that our life give us enough reason to smile, and that’s reason aplenty. There’s our little Aradhya, our angel.”

And with that response, all rumours of their marital problems can be put to bed!

Ever since Abhishek was seen walking away from Ash at Sarbjit’s premiere, he is said to be ‘ill-treating’ and ‘ignoring’ his wife of nine years.

But this is not the only rumour about the Bachchan household right now, as Aishwarya is also rumoured to be pregnant with her second child, after she was spotted with a ‘baby bump’ at Cannes Film Festival 2016. 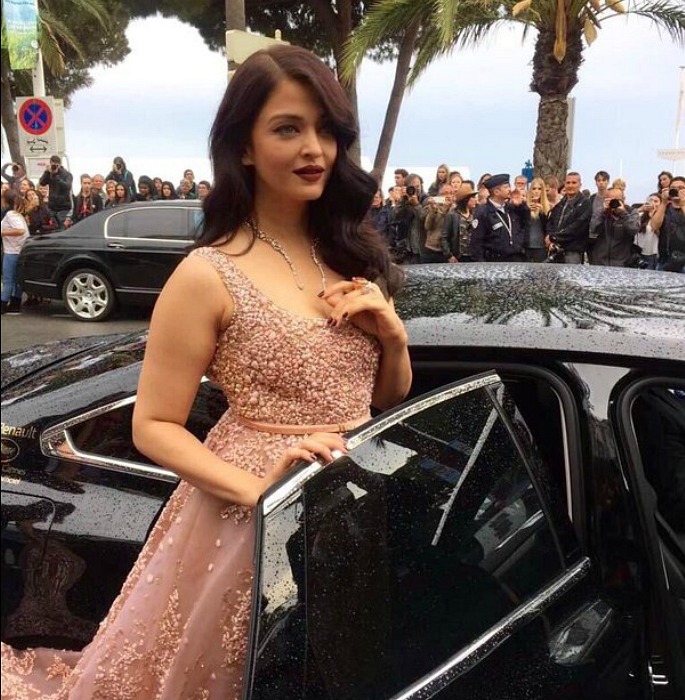 Putting these aside, Ash remains professional and answers her fans’ questions with much love and charisma.

Here are some interesting highlights from #AskAishwarya!

Despite a slightly disappointing opening weekend at India’s box office (Rs 14 crore), Sarbjit has received a positive response from the media and critics at Cannes 2016.

Aishwarya’s next film project is Karan Johar’s Ae Dil Hai Mushkil. Reports suggest that she has also been cast as the leading lady opposite Ajay Devgn in Baadshaho. 2016 is going to be a good year for Ash!

Why is Priyanka Chopra missing from the Baywatch photo?
10 Sexy Actors from South Indian Cinema