Aamir Khan chats to Sir Ian McKellan about being Gay

"India needs to realise that it doesn't need to follow British laws anymore."

During his first visit to India recently, Sir Ian McKellen spoke with Bollywood superstar Aamir Khan about the issue of gay rights in India.

The British acting legend stopped by India as part of his global tour as an ambassador of the ‘Shakespeare Lives on Film’ programme.

Speaking with Aamir at a star-studded event to commemorate 400th anniversary of Shakespeare’s death, the Lord of the Rings actor described India’s anti-gay laws as archaic decrees dating back to its colonial times:

“You have a repressive law in place for which I should apologise, because it’s not an Indian law, it’s a British law that we left behind.

“You should have got rid of it, and you tried to, and it’s come back, but it will go again, I’m sure.” 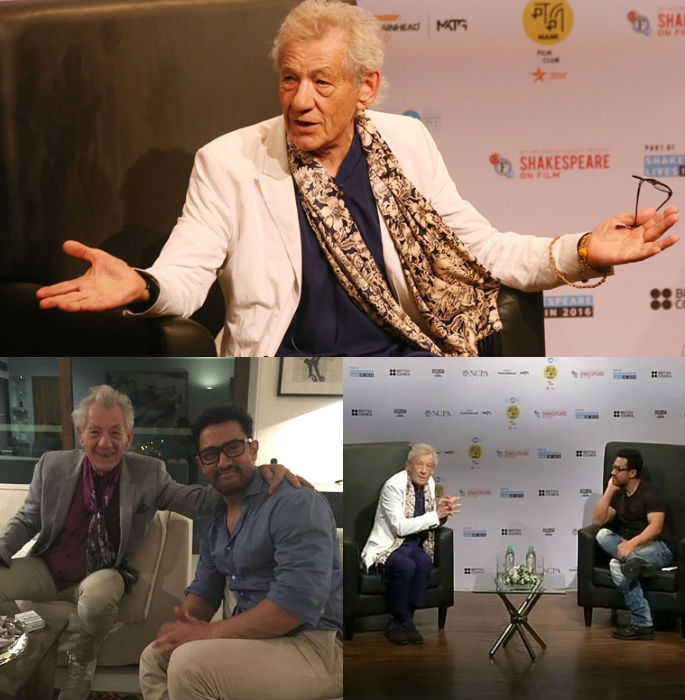 Aamir emphasised the British involvement in drafting the aforementioned laws, to which Sir McKellen responded that India had not attempted to abolish such laws in a bid to protect itself from Western influences.

He said: “We changed [our laws] way back in England, but you are holding on to it in order to protect yourselves from Western culture.”

India’s Section 377 law, introduced in 1862 under British rule, criminalises sexual activity defined as ‘against the order of nature’ and can result in a maximum life sentence.

The LGBT community in India, however, has been fighting for gay rights and the abolition of Section 377 for years. In 2009, they took a progressive step forward when the Delhi High Court decriminalised consensual homosexual intercourse.

But in a regressive 2013 verdict by the Supreme Court, it was decided that the Indian Parliament would be responsible for amending laws, who in turn voted against a bill to decriminalise homosexuality.

Sir McKellen is not new to the struggles of LGBT activists, having actively campaigned for gay rights since the eighties, when homosexuality in Britain was still illegal.

Despite this, the 77-year-old told Aamir that he was ‘well-established and confident’ when he came out in a 1988 BBC Radio interview at the age of 49.

He has brought this confidence with him as an advocate for gay rights in India, saying:

“India is going through what the UK went through 30 years ago. It is appalling and ironical that India would use a colonial law to oppress its homosexuals.

The X Men star does, however, acknowledged the advances made by the Indian community and the more serious representation of gay film characters by Indian filmmakers:

“Increasingly, in India too, the film industry has matured, treating gay people with the same seriousness as straight characters.” 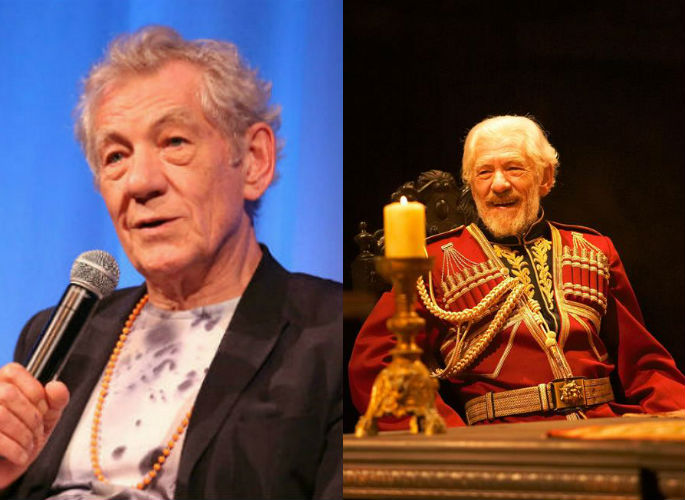 Sir McKellen also spoke with Aamir at lengths about their thoughts on Shakespeare’s great work.

“The right medium to discover his true genius is through theatre with the right actors, the right director (the way it is meant to be), as theatre, film and cinema are the best media to experience him.

“His thinking is about modernism and issues that are relevant even today, hence his work travels across the globe.”

The PK (2014) actor adds: “The first time I experienced Shakespeare was in the 10th grade when I studied ‘Julius Caesar’. It opened my world to a newness I had never known (before).

“In fact, my first movie was also inspired by ‘Romeo and Juliet’, a true Shakespearean classic.” 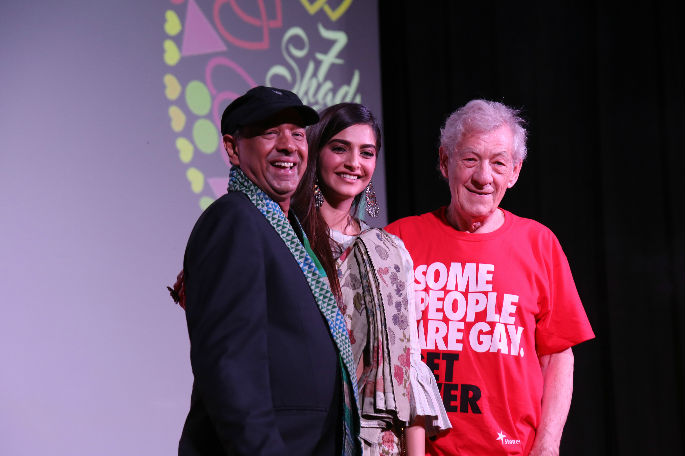 In addition to the Shakespeare event organised by the British Council and the GREAT Britain Campaign, he joined Sonam Kapoor at the opening ceremony of the Kashish Mumbai International Queer festival, the only mainstream LGBT film festival in India.

Now in its seventh year, the festival opens with a lesbian drama film – the critically acclaimed Carol starring Cate Blanchett and Rooney Mara.

Nominations for the IIFA Awards 2016
Is Aishwarya the Frontrunner of the Bachchan Household?