Sonam Kapoor looks spectacular as she graces the cover of Vogue India. With Signe Vilstrup as the photographer, Sonam smoulders in the photo shoot.

"Fashion and style are about you who are as a person; you need to be individualistic."

Bollywood actress Sonam Kapoor has graced the covers of the June 2017 edition of Vogue India. It marks the actress’ second time on the popular magazine cover.

After wowing fans around the world with her Cannes 2017 looks, the star has spoken to Vogue India about her passion for fashion and film.

While the star sizzles in the photo shoot, wearing a range of breathtaking outfits, Signe Vilstrup acts as the photographer behind the shoot.

Sonam dazzles on the cover, as she gazes straight towards the camera. Wearing Gucci, the actress looks totally chic in a denim embroidery jacket and patterned shirt.

With her long hair tucked into the jacket and glowing makeup, the star looks the ultimate fashionista. 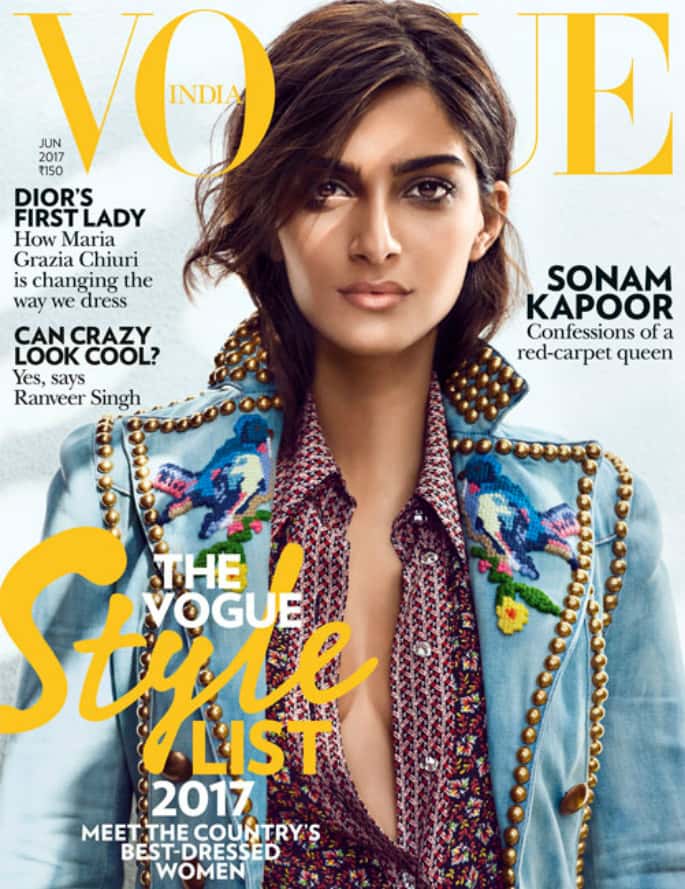 Sonam spoke to Vogue India how fashion and film often work together to create success. She added: “Both are visual mediums. It’s not only about dialogue and acting; I should appeal to the audience.”

In this photoshoot, she certainly achieved this. Signe Vilstrup captured stunning images of Sonam Kapoor, creating visions of beauty and elegance.

Wearing an outfit crafted by fashion label Emanuel Ungaro, Sonam smoulders in the light blue dress. Detailed with dark red flowers and black lapels, she teases fans with her low neckline. With wet hair swept back into sleek locks, Sonam shows why she is Bollywood’s fashion icon. 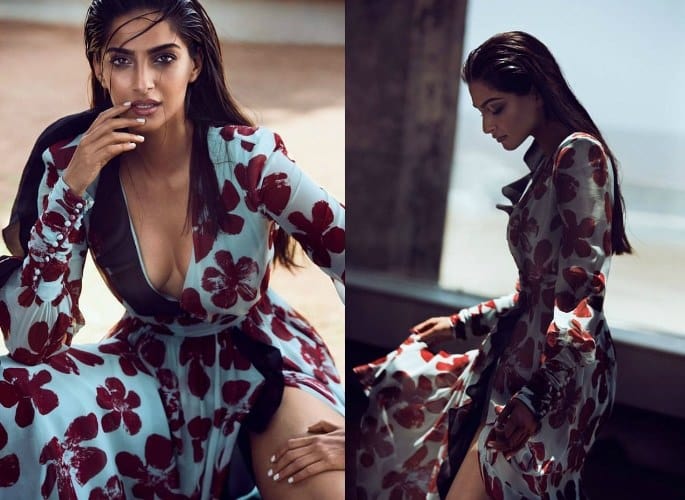 During her interview with Vogue India, Sonam delved into the importance of fashion. How it acts as much more than just a tool for beauty. She explained:

“Fashion and style are about you who are as a person; you need to be individualistic.”

However, she quickly added with a giggle: “Nobody [can] love fashion as much as I do.” 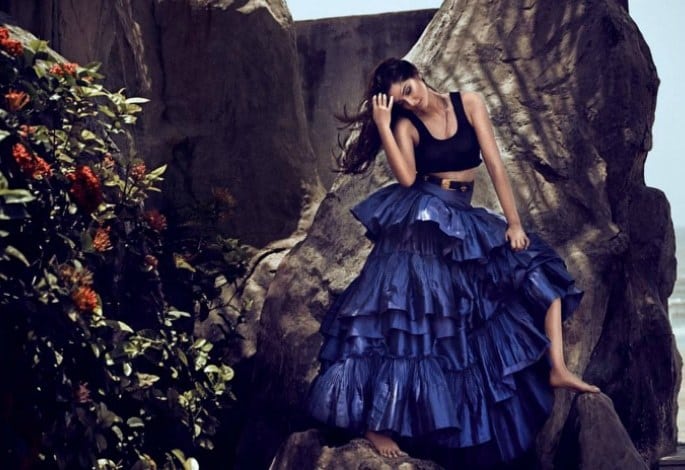 This Vogue India photo shoot perfectly reflects Sonam’s statement as she continues to slay with these impressive images.

Anaita Shroff Adajania, Fashion Director behind the shoot, explained more on why the magazine chose the beautiful actress as their cover star. She revealed:

“Sonam Kapoor is the ultimate style chameleon. She never locks herself in a box. She is out there trying everything new and setting the bar high.”

Anaita also revealed that the inspiration behind this edition’s photo shoot came from highlighting: “some of the favourite looks from Spring-Summer 2017 which lent themselves to this languid, laid back, sensual mood.” 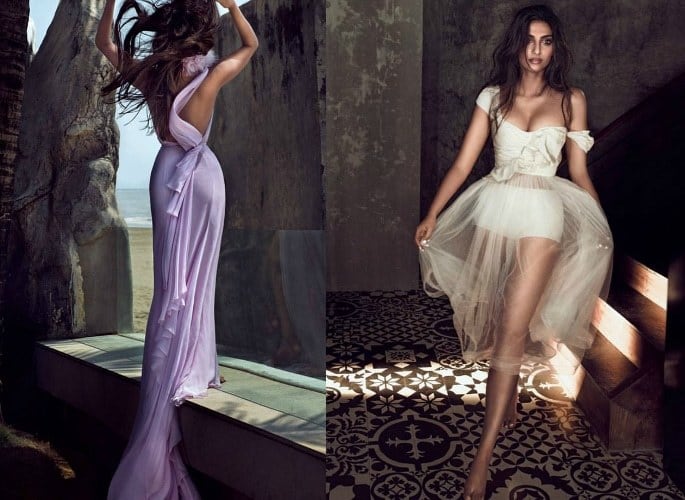 And it’s no surprise that Vogue India decided to cast such a fashion-forward star as Sonam Kapoor. In addition to her various red carpet looks, she recently received a National Award for her performance in Neerja (2016).

Since the magazine edition’s release, Sonam has expressed her joy of the successful cover shoot. Thanking Anaita Shroff Adajania, she revealed the magazine cover to her Instagram fans. She captioned it with a Yves Saint Laurent quote:

“I have always believed that fashion was not only to make women more beautiful, but also to reassure them, give them confidence.”

We are amazed by Sonam’s collaboration with Vogue India.

Make sure you get your copy of the magazine to read more of her interview.