We're amazed at how beautiful and stylish Jhanvi Kapoor looks!

In this weekend fashion, between 4th-5th June 2017, the stars dressed in their very best as they attended prestigious events all around the globe.

From celebrating football finals to appearing at the GQ Best Dressed 2017, the likes of Ranveer Singh and Shraddha Kapoor dressed in stylish suits and gowns.

Meanwhile, other celebrities showed off their gorgeous day looks, all ready to embrace the warm and sunny weather.

Let’s take a look at the top picks for this weekend fashion! 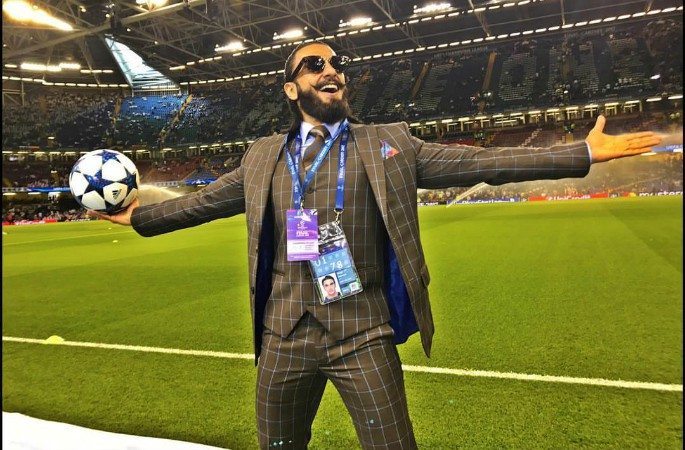 Kicking off this weekend fashion, Ranveer Singh dressed to impress as he attended the UEFA Champions League Final. He appeared to watch the thrilling match between Real Madrid and Juventus.

The Bollywood actor wore a brown suit, complete with a waistcoat. With criss-cross blue stripes, Ranveer matched the suit with a light blue shirt. He also added a multi-coloured tie to his look, featuring hues of brown, blue and grey.

To add extra splashes of colour, the actor also added a striking handkerchief in his blazer pocket. The actor decided to wear some of his long hair in a top knot, finishing the brilliantly-executed co-ordinated outfit.

Ranveer Singh looked in high spirits for the match, as he posed with sunglasses and a football. We can’t blame him, as he blends a classic suit with fantastic modern twists. 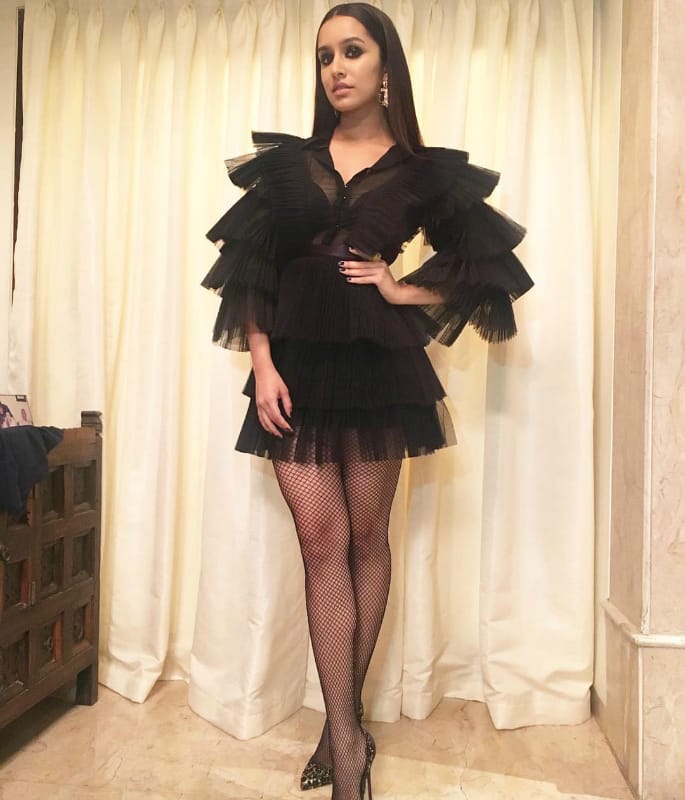 Shraddha Kapoor attended the GQ Best Dressed 2017 event in this weekend fashion. Pulling out all the stops to impress on the red carpet, the actress wowed in this magnificent dress.

For makeup, the actress kept to a similar colour scheme, favouring black nails and eyeshadow. Also donning pink lipstick, Shraddha Kapoor styled her hair back, straight and sleek with a middle parting.

With such a fashion-forward mind, it’s no wonder Shraddha Kapoor has entered this weekend fashion. 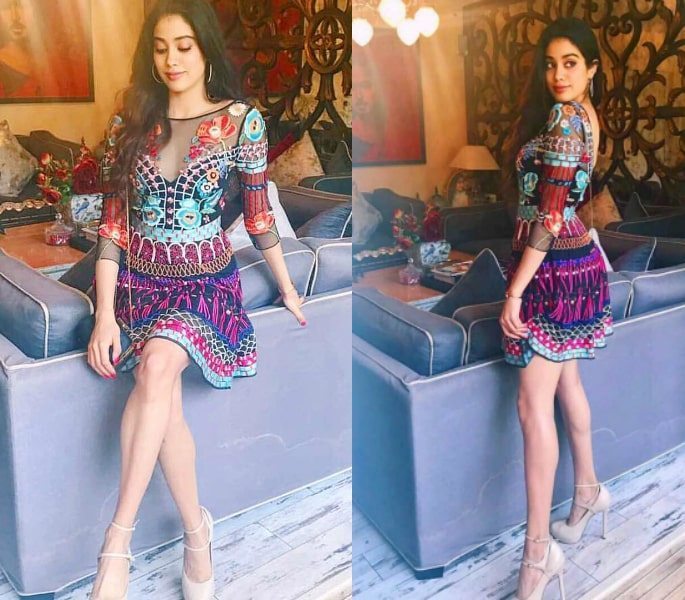 Janhvi Kapoor appeared at the premiere of Mom, wearing this stunning, colourful outfit. Attending the premiere with her mother Sridevi and sister Khushi, the emerging star made sure all eyes were on her.

She wore a Temperley London dress, which contained eye-catching, floral embroidery. With its striking colours and intricate detailing, it hailed as an ideal dress for the upcoming summer. It also created a gorgeous silhouette for the starlet.

Janhvi paired it with nude heels, placing all the focus on the dress. She also finished the look with hooped earrings and her hair styled in wavy tresses.

We’re amazed at how beautiful and stylish Janhvi Kapoor looks! 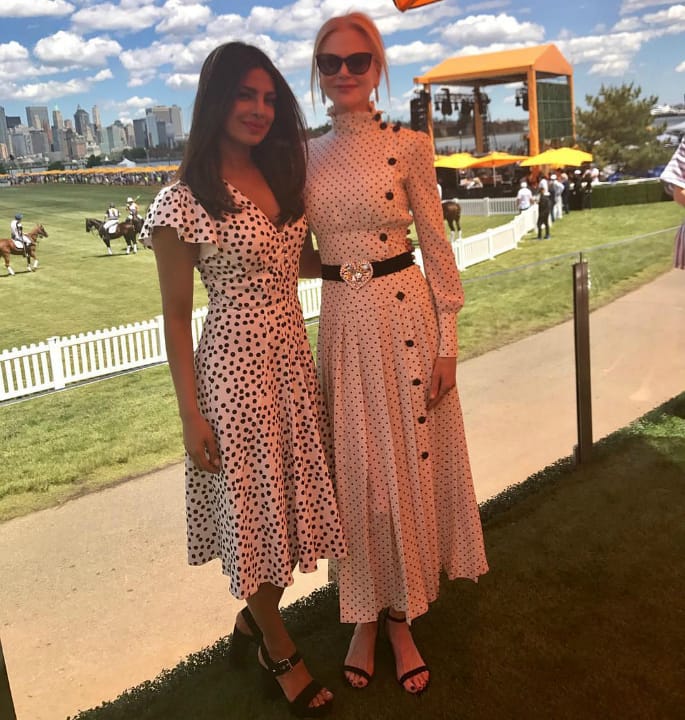 After the exciting promo tour of Baywatch, Priyanka Chopra spent a relaxing weekend in New York. Watching the horse jockey, the actress stunned fans as she wore an elegant summer dress.

The white outfit revealed detailing of black polka-dots, with its length reaching below the actress’ knees. With short sleeves, the simple dress complimented Priyanka’s figure and matched well with her black strappy heels.

Priyanka kept her hair to sleek, long tresses and wore a pink lip alongside cream nails.

Posing with Nicole Kidman, she captioned her Instagram post with “#twinning”, as Nicole also wore a similar outfit. 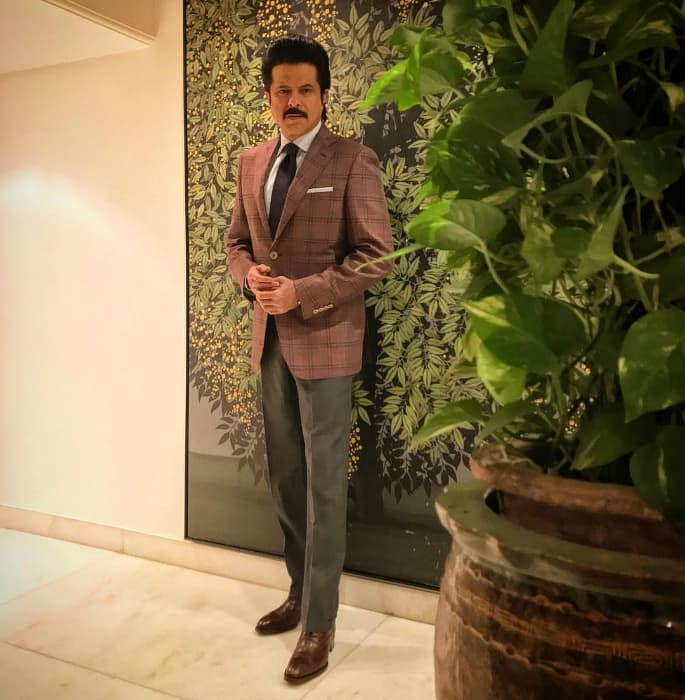 The GQ Best Dressed 2017 event was also graced by Anil Kapoor. In keeping up with the younger stars, the Bollywood actor made an impressive appearance as he took to the red carpet.

He wore a handsome suit, matching a brown criss-cross blazer with grey trousers. Also adding in a white shirt, blue tie and brown shoes, all these splashes of colour complimented each other wonderfully.

Anil kept his hair perfectly tousled and appeared in high spirits as he posed with his sons. The actor proved he can still create eye-catching looks on the red carpet.

For this weekend fashion, the stars from Bollywood have created magnificent looks for both the evening and day.

After looking at our top picks, we’re amazed by these creative outfits, such as Janhvi’s colourful dress and Ranveer’s perfectly co-ordinated suit.

We can’t wait to see what we will gaze upon at the next weekend fashion.