UK Universities ‘at risk’ from Cuts

British universities are known around the world for their reputation for education. However, due to public spending cuts by the UK Government to address deficit, some of the universities are at risk of closure as concluded by a National Audit Office report.

nine per cent of institutions have had a deficit

A report produced by the National Audit Office (NAO) has outlined that some British Higher Education Institutions, mainly universities, could be at major risk of closure due to the public spending cuts proposed by the UK Government.

There are 129 institutions which are funded by the Higher Education Funding Council for England (HEFCE). The annual income of this sector exceeds £22 billion. Almost half of the income is sourced from public funds such as the HEFCE.

In a report published by Race for Opportunity, almost one in six students from the UK studying for degrees were from a black, Asian or ethnic minority background, amounting to about 16% of the Higher Education community in 2007-08. The statistics revealed that British Indians were the largest ethnic minority group in UK universities at 3.3%. This compares to 2.7% of the total population of 18-24-year-olds studying from ethnic groups. Therefore, any changes to the university system in the UK will also affect all ethnic students as much as their white counterparts.

The Higher Education sector is facing unprecedented changes made by the UK Government further to the adoption of the main recommendations in the Browne Report. This involves moving funding of the institutions to a more market-based system, where the funding for undergraduate teaching will primarily follow the student via higher tuition fees, which most students will have to finance through publicly provided, income-contingent loans. In addition, the Government is reducing direct public funding to institutions, and remaining funding via the HEFCE will be put aside for high cost areas or specific policies. 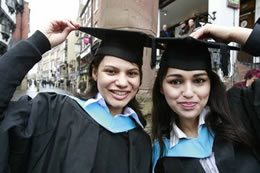 The new system will not be favourable for students and it will make it economically very difficult for many to attend university due to the cuts and the amount of debt they will accumulate by simply attending university. Especially, the lower classes and families with limited incomes.

The report found that the HEFCE’s approach to assess all institutions annually worked well for medium-term sustainability of institutions. However, the method was not well suited to assess the short-term position of institutions which can change quickly. Also, it’s method to assess ‘At Higher Risk’ institutions need to be more systematic and graduated, taking into account the regulatory framework of the future. 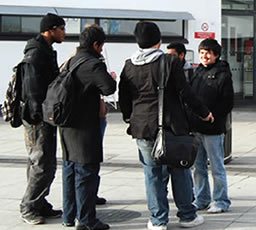 Although, at present, 95 per cent of institutions are assessed as ‘Not At Higher Risk,’ by the HEFCE, there are still institutions at risk. In July 2010, for example, seven institutions were classed as ‘At High Risk’ and given on average three years to rectify their problems upon being categorised. This time frame was not always the actual period taken by the institute to address it’s problems, if it did at all. For example, one institute had been in the ‘At High Risk’ category for 12 years.

The Government decided to give institutions the authority to increase tuition fees charged to undergraduates from 2012/13, after the Browne Report. In addition, to reduce their grant funding from the HEFCE and encourage the development of a market. This resulted in huge protests and anti-Government marches by students.

“The new funding framework, coupled with the squeeze in public funding, is likely to increase the level of risk within the sector.” 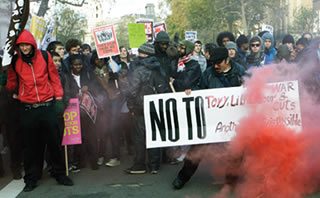 It points out that while some institutions will benefit financially from the funding reforms, by 2014/15, it is evident that some will receive less public and tuition fee income supportable by student loans, and therefore be at huge risk of collapse.

Due to the transition of the higher education sector, the report showed concern that this would potentially raise the number of institutions at risk due to the new environment and processes. Also, this would stretch the resources of the HEFCE.

It concludes that to address these risks, the Funding Council may require a new framework for regulation and a new regulatory approach within that framework. The key aim should be to protect public purse funding and alert institutions early that they are at risk with more timely reporting and consistency.

Therefore, it is likely that that as pointed out by the report that some universities, if not regulated in a timely manner by the HFCE, could end-up being in major financial trouble or even having to close. Producing a very uncheerful picture for higher education in England at university level due to the public spending cuts.

Prem has a rich interest in social sciences and culture. He enjoys reading and writing about issues affecting his and future generations. His motto is 'Television is chewing gum for the eyes' by Frank Lloyd Wright.
White Girls ‘easy’ for Asian Men?
BBC Asian Network possibly saved