BBC Asian Network has been broadcasting a mix of Bollywood, Bhangra and Brit-Asian pop along with news and views for over 12 years. Last year the BBC proposed to close it as a national radio station. Now, it might not be the case as BBC executives appreciate the need for the station.

"any proposals will be subject to approval by the BBC Trust"

After announcing its closure as a national radio station last year, the BBC Asian Network might still survive to continue broadcasting nationally. The BBC seems to have reviewed its stance on closing the station to replace it with local Asian services, on radio and online.

This is the second time the BBC has done a U-turn on its station closing proposals made last year. BBC director-general Mark Thompson last year announced that 6 Music was not “effective and efficient” and that the “coherence and relevance” of the BBC Asian Network was under strain. However, it’s understood that despite this original announcement, the BBC have concluded that the Asian Network broadcasting on a national level, is still the best way of reaching Asian listeners. 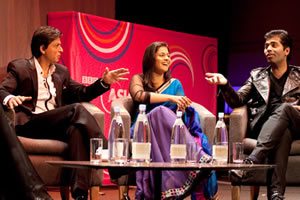 Staff from the station were told of the decision in a video conference call with Andy Parfitt, controller of BBC Asian Network, on 14th March 2011, according to reports. The news prompted ‘jubilation’ amongst the staff, and soon leaked out to Asian music artists, who too joined in the ‘party’ related to non-closure. However, the news was only an update and not a firm decision or announcement, which is the crucial point. The final decision is to be made by the BBC Trust in December 2011. 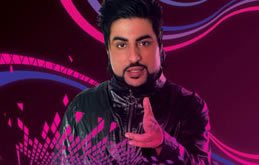 After changes to the schedule, introducing more ‘Asian’ shows and changing presenters, the station’s audience has increased by about a third since the planned closure was announced last March. Figures from industry body Rajar showed the Asian Network’s weekly audience had grown to 477,000 during the last three months of 2010. Which is an increase of 33% compared to last year.

It’s calculated that BBC Asian Network costs 8.5p per listener hour, which is the highest compared to any of the BBC national stations.Keeping costs down and revising its schedule for more efficient and effective programming from the resources it has is much needed. Recently, the station has been involved in covering live events such as the 2011 UK Asian Music Awards which are not lo-cost affairs. Therefore, the station will have to do a lot more to survive its cause.

A spokesman for the BBC said:

“We are exploring whether the Asian Network should remain on the national (digital audio broadcasting network) as part of the Delivering Quality First process.”

“No decisions have been made and any proposals will be subject to approval by the BBC Trust,” added the spokesperson.

BBC executives were told by the BBC Trust last year that it wanted to see ‘a proposition for meeting the needs’ of the Asian Network audience ‘in different ways.’ Meaning that proposals to close the station were agreed at the time. Now, it’s understood that the BBC is looking at how the BBC Asian Network should continue to be broadcast as a national digital station, but with a smaller budget, following the recent settlement in licence fee.

However, there are many who do not feel that the BBC Asian Network is still providing value for money or is needed at all. Some claim it represents segregation in a British society that is aiming for more integration between cultures. A comment said: “The bottom line is that having a racially specific radio station paid for out of taxpayers money is counter intuitive to the need for social cohesion and runs completely counter to race discrimination legislation.” Many question the term ‘Asian Network’ and feel it does not fully represent Asia, by not including the Chinese, Japanese or other ‘Asian’ communities on the station. Others, feel that the if the station is needed ‘so much’ it should look at being funded privately and not by the BBC licence payers. 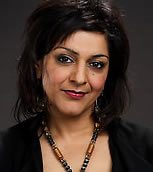 There are many staunch supporters of the BBC Asian Network with over 100 high profile British Asians such as Bollywood actress, Shilpa Shetty, boxer Amir Khan and actress/writer Meera Syal. Plus, the hundreds of British Asian music artists who depend on the station to promote their music and new releases. DESIblitz supports the station and hopes it will stay national.

This latest update seems to indicate the there is a possibility that the station may continue to broadcast as a nation DAB station and for the staff who work for the BBC Asian Network in Leicester, Birmingham and London, it provides a glimmer of hope that management are acknowledging their efforts to attract more audiences. However, it is ultimately down to the BBC Trust to decide at the end of the year, if the station that provides a good mix of ethnic news, music, debates and sports updates is worth saving, so it continues to serve its growing listenership.

Jas likes to keep in touch with the world of music and entertainment by writing about it. He does like hitting the gym too. His motto is 'The difference between the impossible and the possible lies in a person's determination.'
UK Universities ‘at risk’ from Cuts
Are you on the wrong Mobile tariff?