Are you on the wrong Mobile tariff?

Mobile phone usage is growing day by day in the UK and research is showing that many of us are on talk plans that we pay for, but do not fully use; resulting in financial waste. We look at what the findings of this analysis.

"I'm really surprised how much people are overpaying"

Most of us go for getting the optimum deal we can find for our money when it comes to mobile phone tariffs. We want the maximum minutes and text bundles we can get for pay monthly contracts. However, Ofcom approved analysis engine Billmonitor, an independent and impartial service, found that most of us are on the wrong tarrif and are wasting nearly £5 billion (£4.899 billion) on mobile phone bills by signing up for the wrong contracts.

The Billmonitor which founded by mathematicians in Oxford produced a report is based on a statistical analysis of 28,417 anonymised mobile phone bills and their usage is compared against 8,530,118 mobile phone contracts available in the UK on March 2011. The mobile phone companies analysed for the report were O2, Orange, Vodafone and T-Mobile, covering usage over the last 18 months.

The top contract for monthly minutes is the 600 minute talk plan, and this was used in the research as the threshold for higher or lower usage by customers.

In the report, their findings revealed that 76% of UK mobile subscribers are overspending by an average of £194.71 a month. Compared to the average UK yearly bill of £439 per year, this is equivalent to a 44% overspend.

52% of customers are wasting money on a tariff that is too large for them. They use on average just one quarter of their monthly calling allowance, never exceeding their minutes allowance. Resulting in a waste of £2.62 billion. 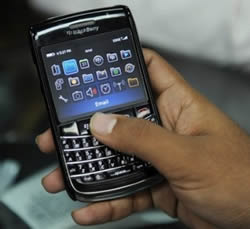 29% of customers are wasting money on too small a tariff. They waste money on out of allowance calls, texts, data usage as well as other costs that could be reduced with a larger tariff. Resulting in a waste of £1.53 billion.

19% of customers are on the right level of inclusive minutes but are wasting money by not optimising free benefits, data & text allowances as well as other costs, or taking advantage of lower costs from 24 month contracts. Resulting in a waste of £0.74 billion.

For the purposes of the analysis, the “wrong contract” is defined as any contract, where the customer pays more than they should (including the price paid for tariff allowances for minutes, texts & data as well as bundles).

24% of subscribers cannot pay less than they do at the moment without applying alternative criteria. Roughly half of those are on the right contract, having negotiated a better price for their tariff than the open market offers (such as “retention” tariffs). These customers often have allowances that are too large or too small, similar to the rest of the mobile post-pay market but due to their preferential discount, they pay less. 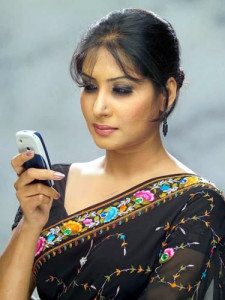 But there is a very large number of us paying more than we should for mobile phone contracts. Most British Asian customers like to play in the ‘safe zone’ and therefore, pay for more minutes than they do actually use. It creates a safety net for them which gives a comfort factor. But if checked for real usage, it is likely they fall into the less usage category.

Jassy a student says: “I always prefer to have more minutes than I need but to be honest I’ve never really looked at my monthly usage. As long as I don’t go over that’s all that matters. This news has made me think about how much I could be paying.”

Seema Sohal a young housewife says: “I’m really surprised how much people are overpaying. I don’t know why the companies do not do more to give us a better deal. Most of us seem to be just paying for mobile contracts with no review.”

A very large number of mobile phone contracts have free land-line calls and these are not contract minutes. Therefore, not affecting the allowance of minutes contracted. We tend to use these kind of features of contracts more often but still pay the higher rate. 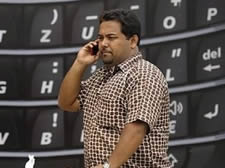 Saj a business owner said: “I’m happy with my contract but I must confess I have not shopped around for a better deal. It is likely I am paying more than I should be because I am busy most of the day and my calls are short.”

So, what are the causes of this waste and overspending? The report found that customers were complacent about tariff change and had a fear of bill shock; they found choosing the right contract for a particular handset complex and limited, and they do not optimise their contracts enough during the contract term, without realising they could switch contracts.

The report found that UK mobile subscribers text 2.7 times as often as they make calls from their mobiles. Both text and calling showed peaks of activity at lunchtime (1pm) and at close of work (between 5pm and 6pm), however after 6pm, it changes. While the number of calls declines, texting frequency increases, not reaching their peak time for texting until 9pm, at which point frequency drops rapidly. Showing that most people are not calling as much as they use their phone package to text.

So, if your contract is up for renewal soon or you are looking for a new phone, it make sense to first work out how many minutes you will really use versus what you think you need. Don’t look at the highest minutes talk plan or over estimate your usage needs because you could end being one of those people paying far too much than you need. By doing a basic review of your tariff needs you could have a better deal by paying less for a talk plan with less minutes and more texts for example.

Amit enjoys creative challenges and uses writing as a tool for revelation. He has major interest in news, current affairs, trends and cinema. He likes the quote: "Nothing in fine print is ever good news."
BBC Asian Network possibly saved
Top 10 Richest Indian Men