Forbes Magazine published its billionaires list for 2011. We take a look at the top ten richest Indian men on the list and find out more about their wealth and worth.

the richest man of Indian origin is man of steel, Lakshmi Mittal

A mark of success for many people is their wealth and worth. For those from a South Asian background, this significantly applies and derives their status in society, especially if you are from India and you are one of the richest indian men.

Achieving an entry in a rich list highlights success through wealth, and we have compiled the Top 10 Richest Indian Men list from Forbes, giving you an insight into the who, how and what of these wealthy men.

This year overall, irrespective of nationality, the list broke records in size (1,210 billionaires) and total net worth ($4.5 trillion). China doubled its number of 10-figure fortunes, and Moscow now has more billionaires than any other city.

The world’s richest person for the second year in a row, Carlos Slim Helu, the Mexican telecom mogul is also the year’s biggest gainer, having added $20.5 billion to his fortune and widened the gap between him and no. 2, Microsoft co-founder Bill Gates, to $18 billion.

For India, as you can see in the table below, the richest man of Indian origin is the man of steel, Lakshmi Mittal. He resides in the UK, married with two children, and is no. 6 in the Forbes Billionaires list. 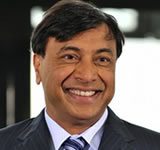 Steel Manufacturing. He gained a BA from St Xavier’s College. Mittal is the owner and Vice Chairman of the world’s largest Mittal Steel Association. One in five cars is made up from his Steel Empire. 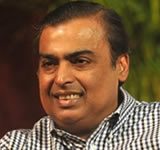 Industrialist. He graduated with a MBA in Stratford University. He controls the Petrochemicals giant, Reliance Industries.

Ambani purchased a 14-floor apartment block called ‘Sea Wind’ in Colaba, Mumbai, India. He and his family lived on different floors in the Sea Wind block. Last year he moved into a 27 storey high sky scraper tower with helipads. His fortune increased by $22.9b since last year, making him the world’s biggest gainer in dealers. 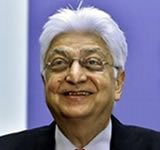 Wipro, Software Exporter. He is qualified with a BA from Stanford University. Premji drives a Toyota Corolla. He caused a stir when he donated $2 billion worth of shares last year to a trust to fund his Azim Premji Foundation. He owns 82% of the Wipro Company, which is India’s 3rd largest exporter.

The Wipro fluid power business unit started up in 1975. In the 1980’s Wipro entered the IT field. A large percentage of the company’s revenues were generated by the IT Division. Wipro also works with leading companies such as Alcatel, Nokia, Cisco, Ericsson and Nortel. 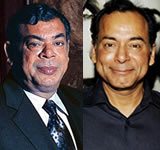 These brothers own the Essar Group which originally began as a construction company in 1969. Losing his father quite early meant Shashi Ruia, had to take over the reins of the business when he was just 24. Ten years later, he and his brother Ravi decided to shift from Chennai to Mumbai as the country’s financial capital was also the centre for the shipping industry. The brothers built their Essar Group over four decades into a $15 billion conglomerate with interests in Steel Shipping, Telecom Construction, Power, Oil and Gas.

The Essar Group has operations in more than 20 countries and employs 70,000 people. In February 2011, they bought a UK refinery from Shell for $350 million. They own a 1/3 of the stake in the cellular operator called Vodafone Essar. 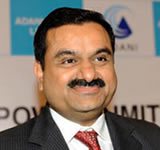 Infrastructure Commodities. Adani worked in Mumbai as a diamond sorter at Mahindra Bros. At his early age of 20, he set up his own diamond brokerage outfit and made his first lakh rupees. His Adani Group owns Mundra Port, India’s biggest in the private sector. He also bought an Australian port (Abbot Point Port) for $2 billion and has energy interests through Adani Power. 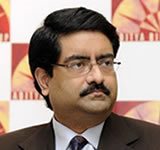 Commodities. Birla achieved a MBA in London Business School. He is the Chairman of Aditya Birla Group and the Chancellor of Birla Institutte of Technology and Science (BITS). His aim is to build a 500 bed hospital near Pune. He is among the world’s top 10 cement producers.

After becoming the Chancellor of BITS Pila University, he formulated Mission 2012 and Vision 2020 to make BITS one of the World’s Top Universities. 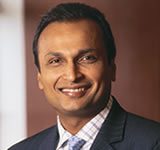 Business Magazine. He achieved a MBA in the University of Pennsylvania. He controls the Reliance Anil Dhirabhai Ambani Group. His interest lies in Telecom, Energy and Financial Services. Ambani is a member of the Central Advisory Committee called Central Electricity Regulatory Commission.

Ambani has a 13 seat helicopter which he purchased in 2001. One of his biggest achievements is the takeover of the film company, Adlabs. 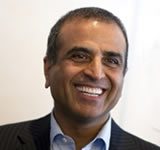 Telecommunications. Mittal is originally from South Delhi in India and has graduated with a BA degree from Punjab University. He started his first business in 1976. His first business was to make crank shafts for local bicycle manufactures. Sunil built and owns Bharti Group, India’s largest mobile phone operator.

In 1981 he purchased importing licences from exporting companies in Punjab. In 1984 he started assembling push-button phones in India replacing the rotary phones that were used in the country at that time. 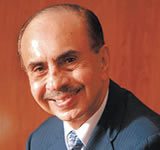 Industrialist. Adi Godrej achieved a masters (Msc) from Massachusetts Institute of Technology (MIT). He is chairman of the Godrej Group that is owned by him and his family. The Godrej Group was founded in 1897. This company is a Mumbai based conglomerate, offering a range of consumer products. After the Liberalization process, he reconstructed the company’s policies to meet the challenges of globalisation.

Godrej is a major supporter of the World Fund in India. He developed a Green Business campus which includes a 150-acre forest. 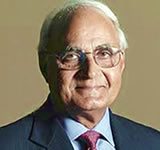 Real Estate. Kushal Pal Singh graduated in Science and later followed Areonautical Engineering in the UK. He is the chairman of the board of DLF, India’s biggest real estate developer. He is also the director of 31 different private companies.

The known KP Singh has a keen interest in Golf. He partly shares his responsibility with his son Rajiv and daughter Pia to run the operations of his company.

It’s not just the men who are the wealthy winners, women are just as successful. Indu Jain has a net worth of $2.6b and Savitri Jhindal has a higher net worth of $13.2b.

Many of these top Indian businessmen from India have strong connections with the UK and interestingly, many of them have interests and shares in business groups in the UK, that every lay person will not even know about.

The entries in Forbes Billionaires list for 2011, shows that India is not behind in its wealth amongst in business people, although it is a country that still has high proportions of poverty. Therefore, highlighting that it is a country with a very wide rich and poor divide, and do these individual achievements in wealth indicate a bigger gap or is this a strong sign of India’s thriving and rapidly developing economy.

Smriti is a qualified Journalist with an optimistic take on life, enjoying sports and reading in her spare time. She has a passion for arts, culture, bollywood movies and dancing - where she uses her artistic flair. Her moto is "variety is spice of life."
Are you on the wrong Mobile tariff?
MSJ Asian Business Directory