Indian businessmen are among the richest individuals in the world and are fascinated by luxury motors. We explore India’s wealthiest and their vehicles.

To own a Ferrari is one thing, but the businessman takes it one step further by racing it.

Although India is still classed as a “growing” country, there is no shortage of wealthy individuals.

The country’s wealthy have frequently been ranked among the richest individuals in the world by several media publications.

This is due to the companies, all from different backgrounds, that they operate.

One thing the wealthy can do is splash out on luxury items. The biggest fascination is automobiles, especially luxurious ones.

They show up to events in their fancy, four-wheeled toys.

Businessmen such as Mukesh Ambani and Gautam Singhania own a fleet of exotic motors.

Here are seven Indian billionaires and some of the grandest and costly vehicles they own. 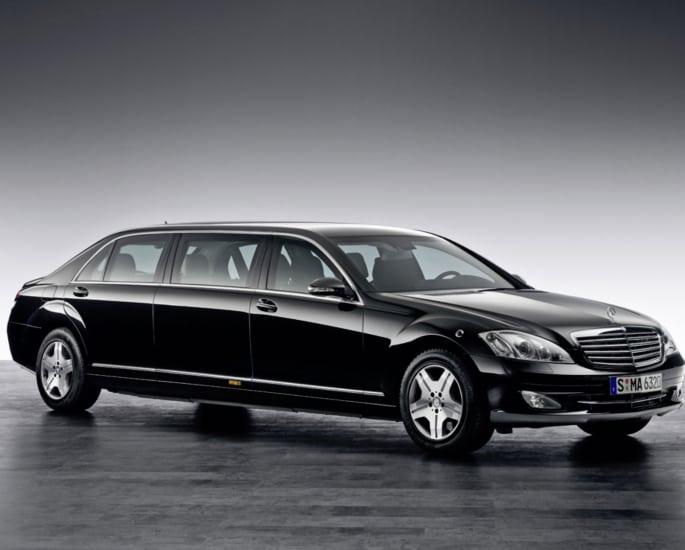 Mukesh Ambani is known for being India’s richest man, having built his fortune with petrochemicals conglomerate Reliance Industries.

He is also known for his extravagant cars, as he has been pictured travelling in a Mercedes-Benz S Class.

However, it is the Mercedes-Maybach S660 Pullman Guard which is his most attractive vehicle.

The make is a sub-brand of Mercedes but is more luxurious and costly.

Ambani was the first person in India to buy a Maybach when he previously owned the 62.

This version is a more extravagant version of the S600 Pullman, which is a chauffeur-driven sedan.

The billionaire’s Maybach contains a partition-separated rear passenger compartment, similar to a limousine.

It also boasts a V12 dual-turbocharged engine, all of which is the same as the normal S600.

What makes Ambani’s Maybach unique is that it is heavily armoured, and as a result, it is bulletproof.

As India’s richest man, it is only fitting that he has a car which is at the pinnacle of luxury. 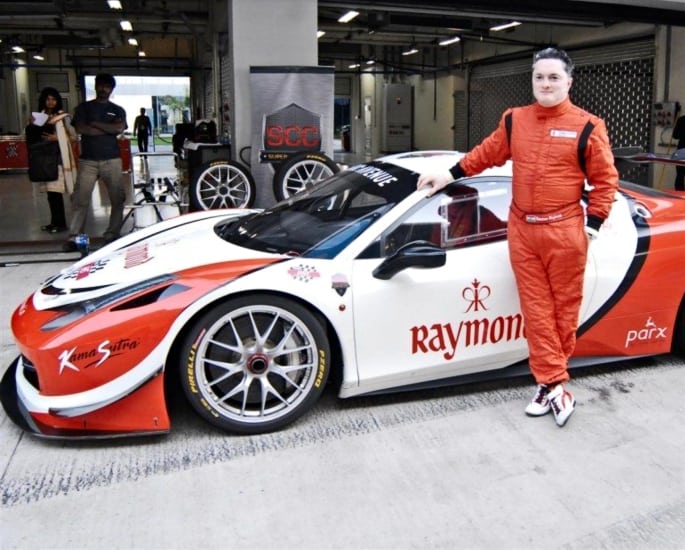 Gautam Singhania amassed his fortune as the managing director of Raymond Group, the world’s largest producer of worsted suiting fabric.

He is also not the average sports car owner as he has an extensive collection of car and is one of India’s biggest petrolheads.

From owning a Lamborghini Gallardo Superleggera LP570 to having a custom Nissan Skyline GT-R which has over 1,000 horsepower, Singhania has the whole range.

Singhania’s most exotic car is a customised Ferrari 458 Speciale. To own a Ferrari is one thing, but the businessman takes it one step further by racing it.

At the 2014 Ferrari Challenge in Abu Dhabi, Singhania raced his own car and managed to hit the podium.

The car boasts just under 600 horsepower and reaches 0 to 62mph in three seconds. 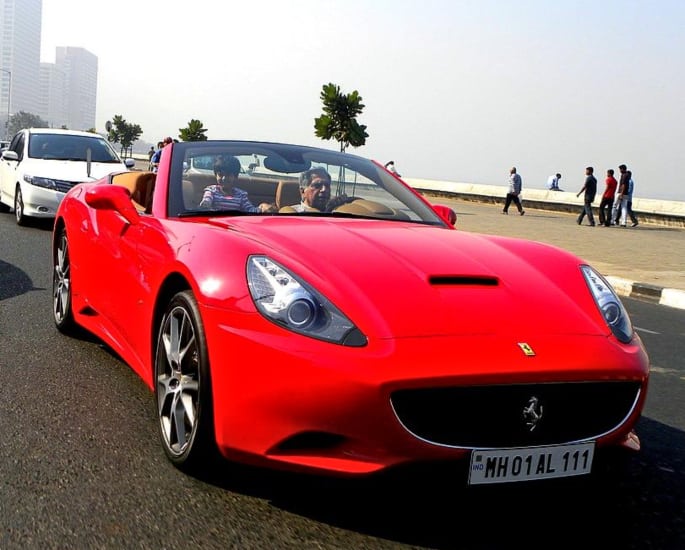 When Ratan Tata’s name comes to mind, it also comes with wealth.

The former chairman of Tata Group has provided him with a large fortune, having been a part of the company since 1961.

Since departing as chairman, Tata has been able to splash out on several cars.

This includes a Maserati Quattroporte and Cadillac XLR.

One of his most prized cars is the Ferrari California, of which Tata was the first in India to buy one.

He has been spotted numerous times driving down Mumbai’s Marine Drive.

It has a top speed of 196mph and has a twin-turbocharged V8 engine.

Costing £178,000 (Rs. 1.6 Crores) it certainly is not cheap, but it is a car which Ratan Tata thoroughly enjoys driving. 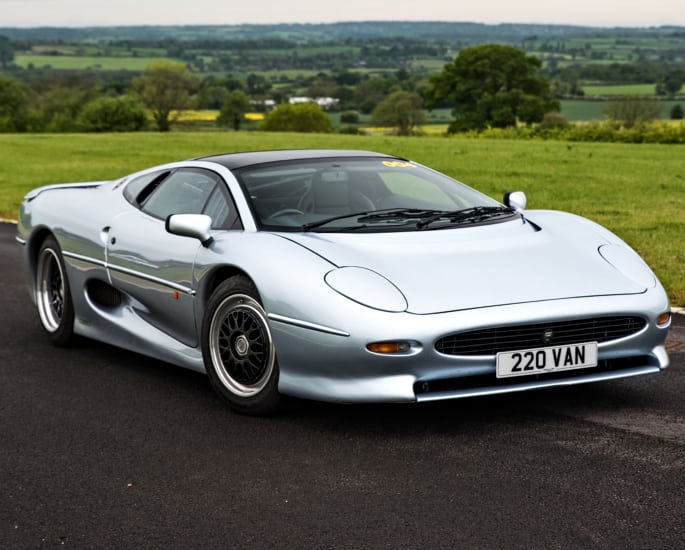 Vijay Mallya is one of India’s richest men as a result of multiple business ventures, such as United Breweries Group.

He also founded Force India formula one team in 2007.

His luxury lifestyle has dubbed him the “Showman of Indian Business”.

Vijay’s luxurious life has shown in his car collection which ranges from vintage classics to modern supercars.

His reported 260 vehicle collection include a 1955 Mercedes-Benz SLR 300 Gull Wing, one of the world’s most iconic cars.

Vijay is also the owner of one of the rarest and fastest cars ever, the Jaguar XJ220.

The car was made from 1992 to 1994, but due to changes in specification and price, many people chose not to buy, therefore stopping production.

As a result of its short lifespan, only 281 were built, meaning that Vijay owns one of the world’s rarest cars.

It was also one of the fastest during the 1990s as it reached a top speed of 212mph, thanks to the 542 horsepower it produced.

Incidentally, Mallya’s wealth may not all be kosher. He has been accused of financial crimes by the Indian government. 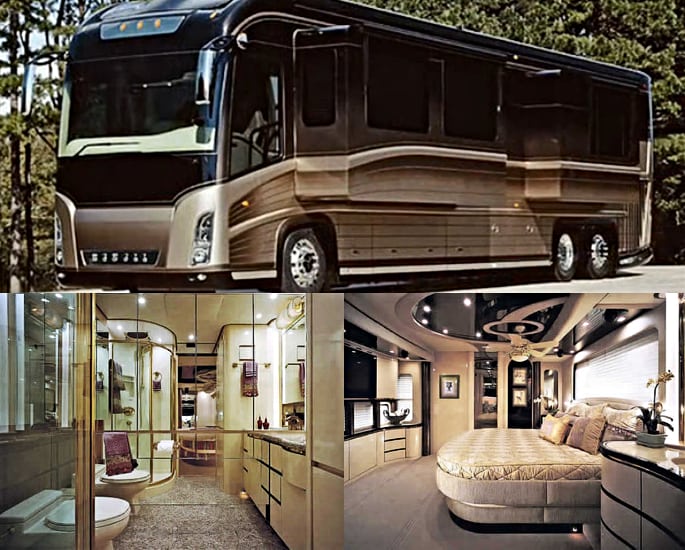 Lakshmi Mittal is one of the world’s richest individuals who is a steel magnate based in the UK.

He also has a share in football team Queen’s Park Rangers (QPR).

The businessman has also had his fair share of luxury vehicles in the past.

He has been the proud owner of a Porsche Boxster as well as a Mercedes-Benz C-Class.

Lakshmi’s most lavish vehicle is not technically a car but rather an RV.

Dubbed the “Palace on Wheels”, it is one of the most luxurious customised vehicles in the world and will catch anyone’s attention.

It is a hotel in itself when looking inside.

It has luxury bedrooms, a sparkling shower and a living room, complete with a flatscreen TV.

The “Palace on Wheels” is nothing short of an extravagant hotel suite which will keep anyone entertained.

The price of it is unknown but one thing for sure is that only someone with immense wealth could afford one. 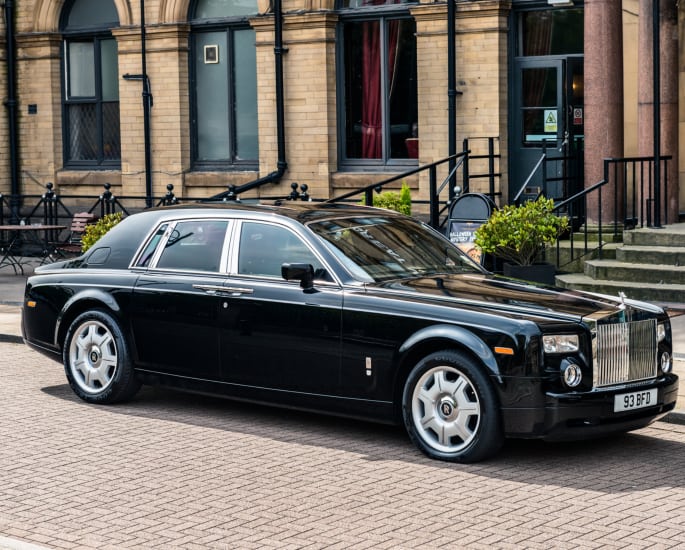 Indian businessman Shiv Nadar is the founder of one of the world’s most renowned software firms, Hindustan Computers Limited (HCL).

His success in the IT sector has made him one of the most prominent businessmen in Asia, with a net worth of £11.6 billion (Rs. 10 Kharab).

With all his wealth, Shiv is a person who likes to travel in style and that shows in the type of cars he owns.

One of his most stylish cars is the Rolls Royce Phantom VII.

It has acted as the flagship model for the car company for many years.

The car is known for its luxury interior features.

Features such as a voice recognition navigation system, rearview camera and rear seat tables are a few things which many other cars did not have in 2003 when the Phantom was first launched.

It is also quick for a large car, thanks to its V12 engine.

It is a car suited for India’s wealthy and Shiv is one of them. 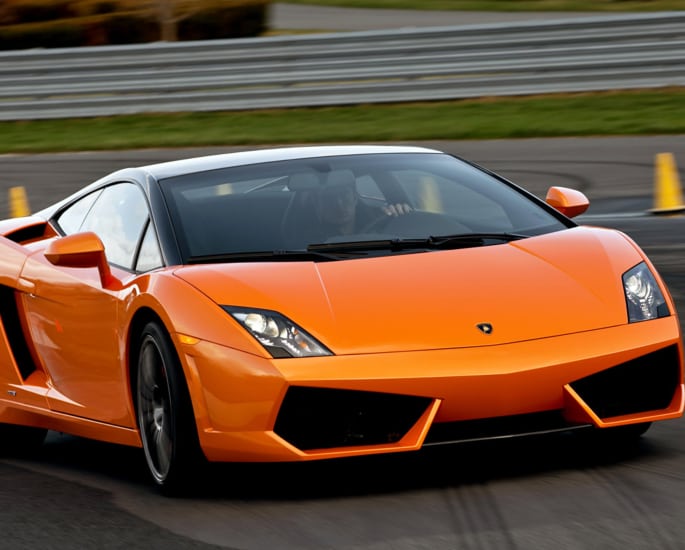 Also a business magnate and the younger brother of Mukesh, Anil Ambani has made his fortune as the chairman of Reliance Group.

Anil has owned his fair share of elegant motors in the past. Car brands such as Lexus, Porsche and Range Rover have been inside his garage.

The centrepiece in his car collection is the Lamborghini Gallardo, which is rarely seen on the streets of India due to its high price.

Anil does not just have the base model, he owns the LP 550-2 which is a more extravagant version.

The Italian car has a diamond pattern leather interior which differs from the original Gallardo.

The Gallardo LP 550-2 driven by Anil is a sight to see on the streets of India.

These businessmen are all very successful due to the businesses they have built.

They showcase some of the wealth through the vehicles they drive.

Some are rare classics while others are modern and extravagant.

One thing is certain, they are all very expensive.