Luxury cars are a love of Bollywood actresses who enjoy owning some of the world’s most lavish cars. We look at some of the vehicles that they own.

It is a car which is quite rare but when seen on the road, it is a sight to see.

When it comes to Bollywood actresses and luxury cars, the two go hand in hand. It is a frequent topic of discussion as fans are always wondering what they are driving.

Bollywood loves big, extravagant cars and this has been proven over time by many actors and actresses.

Stars like Shahrukh Khan and Salman Khan are known for their expensive cars, but what about actresses such as Deepika Padukone.

They too are avid fans of motoring and have respectable collections of cars.

Cars such as the Range Rover Vogue and Mercedes S-Class are a popular choice among the stars but some stars want something that will make them stand out.

While some stars go for comfort, others tend to go for performance. But one thing for certain is they are expensive.

We look at a selection of Bollywood actresses and the luxury cars that they drive. 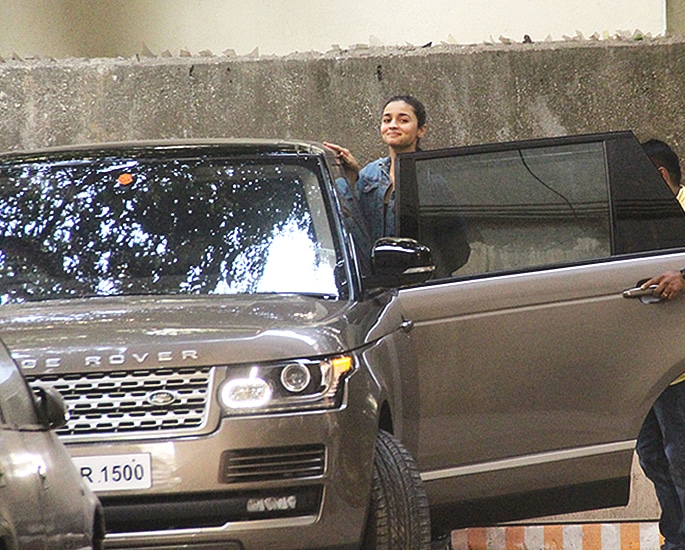 Alia Bhatt is one Bollywood star who is an enthusiast of high-end cars and being the proud owner of them.

She owns the BMW 7-Series and Audi Q7 but the Range Rover Vogue is one of the most luxurious and expensive vehicles in her collection.

Alia has a preference towards SUVs and the Range Rover shows why. The English car manufacturer is a popular choice in Bollywood so it is clear that Alia owns one.

This version may be the entry-level model but it is still a lavish vehicle which ensures comfort. 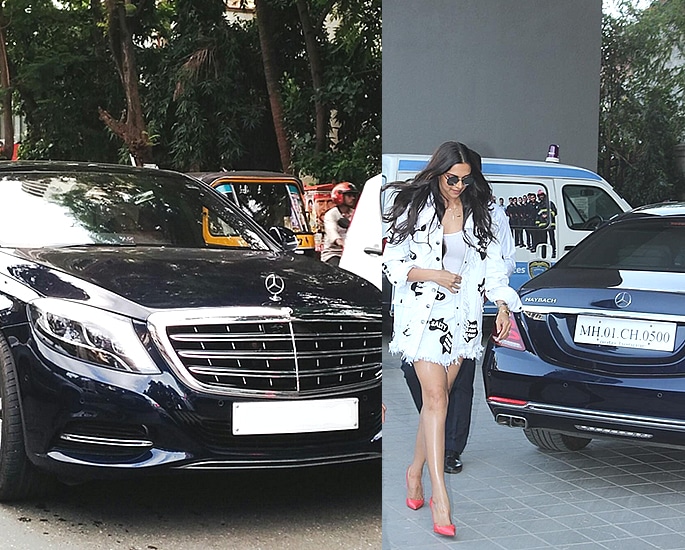 Deepika Padukone is one of Bollywood’s leading actresses and her car collection is one that is sure to make an impact.

One of her most prized possessions is the Mercedes Maybach S500.

A quick glance suggests that it is a Mercedes-Benz S-Class and it is originally, however, it is then given to German sub-brand Maybach for a makeover.

The interior is redesigned with added opulence as well as other features which justifies the Maybach badge. Deepika’s Maybach is, therefore, more unique than other S-Class owners.

It is truly an exclusive car for the rich and famous but has a hefty price tag. 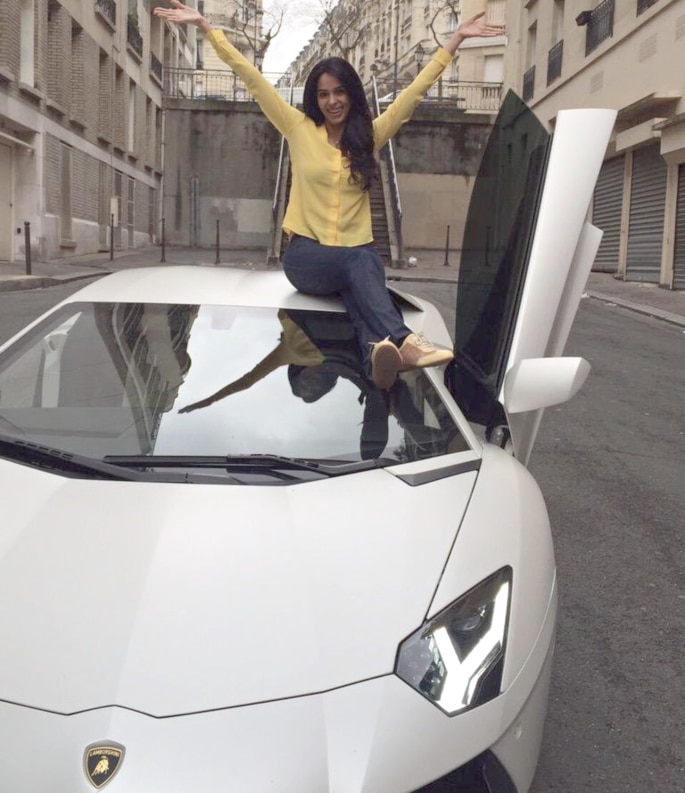 While a lot of Bollywood actresses go for luxury over performance, Mallika Sherawat is one who prefers to go for speed.

Her Lamborghini Aventador is all about speed and high performance. The Italian supercar has a top speed of 217 mph thanks to its giant 6.5-litre V12 engine. The engine also produces a whopping 690 BHP.

It is a car which is quite rare but when seen on the road, it is a sight to see.

All of this comes at an expensive price but it is one that car enthusiasts would love to drive just once.

A car like this gives an indication of the type of vehicle Mallika likes to drive. 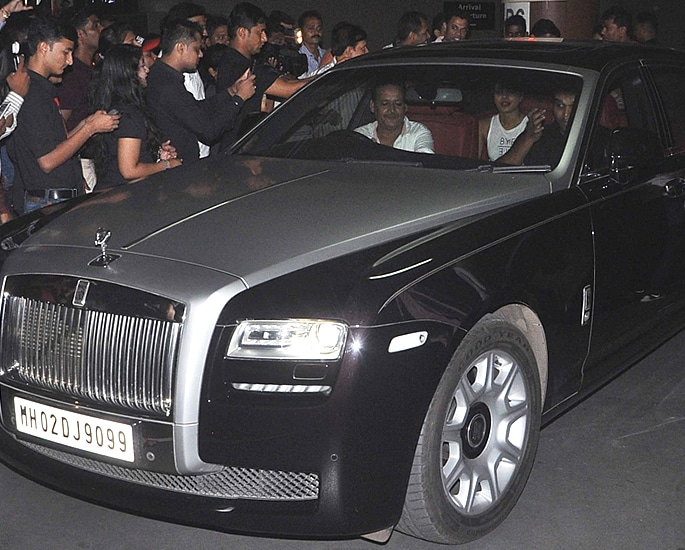 When it comes to motoring elegance, one car brand that comes to mind is the Rolls-Royce. It is one of the top luxury car brands in the world and Priyanka Chopra is the owner of one.

She owns the Ghost which comes behind the Rolls-Royce Phantom when it comes to luxurious cars.

Priyanka belongs to an extremely exclusive group as she is allegedly the only Bollywood actress to own one.

While it is all about the stunning features, it is also high performing. The saloon is powered by a 6.6-litre twin-turbo V12 engine which produces 562 BHP.

Priyanka’s car is the pinnacle of opulence but it is not the only top-end car that she owns. Her husband Nick Jonas bought her a Mercedes Maybach but it is a US registered car so we will not see it in India. 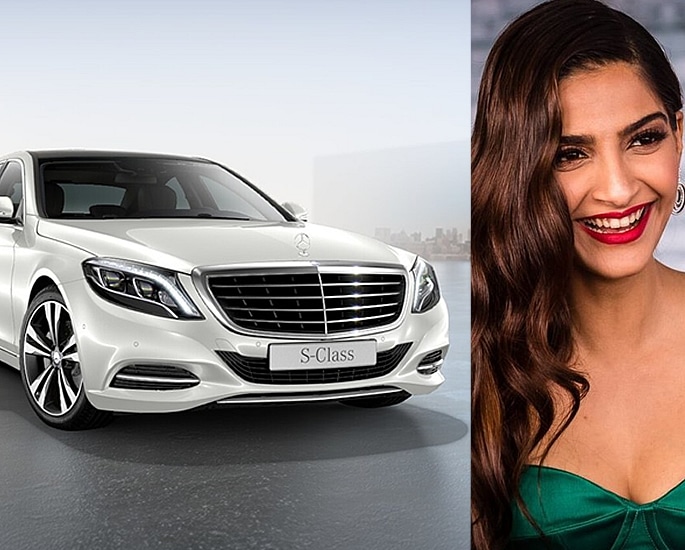 Sonam Kapoor is one of Bollywood’s most stylish actresses and this is shown by the cars she owns.

She is the proud owner of a Mercedes S400 and she did not even have to pay for it. In fact, it was a gift from her father and legendary Bollywood actor Anil Kapoor.

Sonam’s car is a seven-speed automatic that is powered by a 3-litre V6 engine which produces 333 BHP.

Like Range Rover, saloon models by Mercedes are a popular choice among Bollywood actresses as they ensure a smooth ride and are packed with technology.

This car is one which will make a statement every time Sonam decides to go for a drive in it. 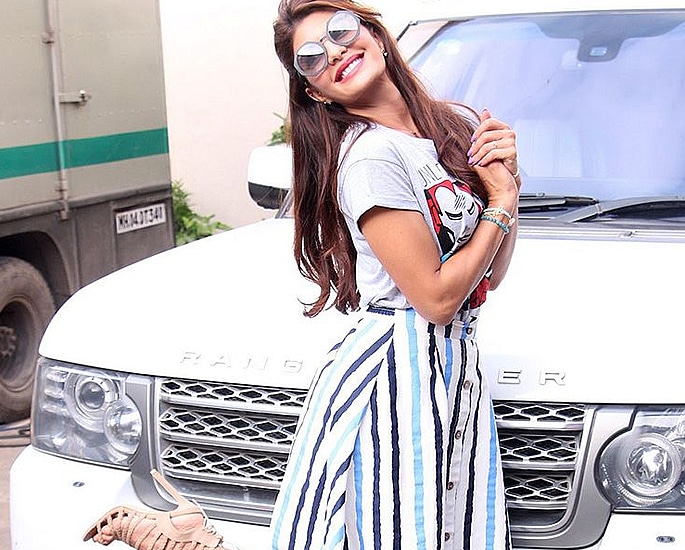 The popularity of the Range Rover Vogue within Bollywood is real as Jacqueline Fernandez is another star who owns one.

Even though her version is not the latest one, it is still a stylish vehicle on the road.

Jacqueline has even had her car modified to make it stand out from the regular version. Her luxury SUV has been fitted with a sporty body kit.

It may be a bold move but it does guarantee that her Range Rover is more unique than the others, of which there is an abundance of in Bollywood. 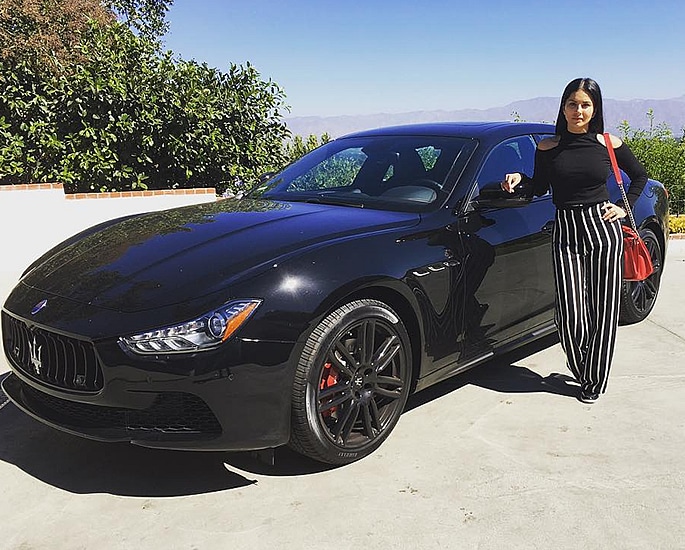 Sunny Leone is a fan of Maserati cars and seems to be the only actress who owns one.

After her husband gifted her a Quattroporte several years ago, Sunny now owns a Maserati Ghibli which is arguably more luxurious.

The standard version of the car is pricey but the Nerissimo Edition is the one owned by Sunny and is even more expensive.

It can be even more costly as there is an extensive number of customisation options available.

What makes the car intriguing is that only 450 Nerissimo Editions have been built, which makes Sunny Leone the proud owner of a special car. The limited edition car also enhances its value. 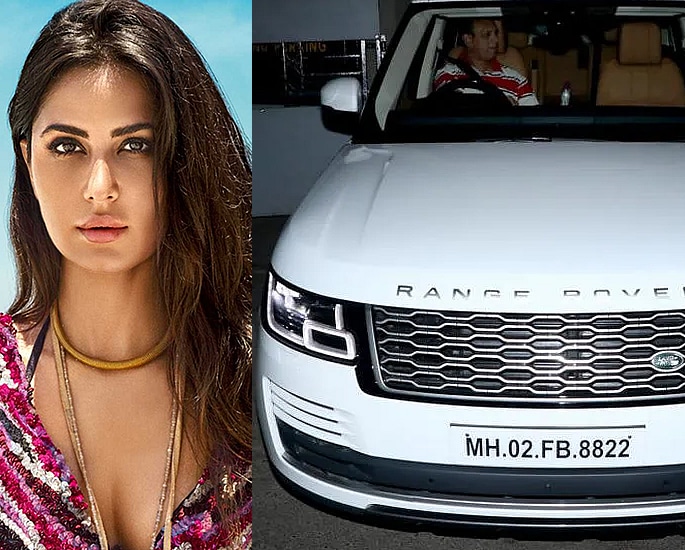 Katrina Kaif is known for wearing expensive brands and her life of luxury. Her collection proves why.

She owns an Audi Q7 and has been spotted multiple times in it but her new acquisition is a Range Rover Vogue.

It has been debated on how she came to own the car. Some reports have said that she bought the vehicle herself while others have said it was gifted to her by Salman Khan.

Either way, it is a stunning car to own and it was reported that Katrina has the Range Rover Vogue LWB SE which is available in two engine options.

Her SUV is powered by a 4.4-litre V8 diesel engine mated to an eight-speed automatic transmission. The Range Rover’s popularity in Bollywood is one which just keeps on growing. 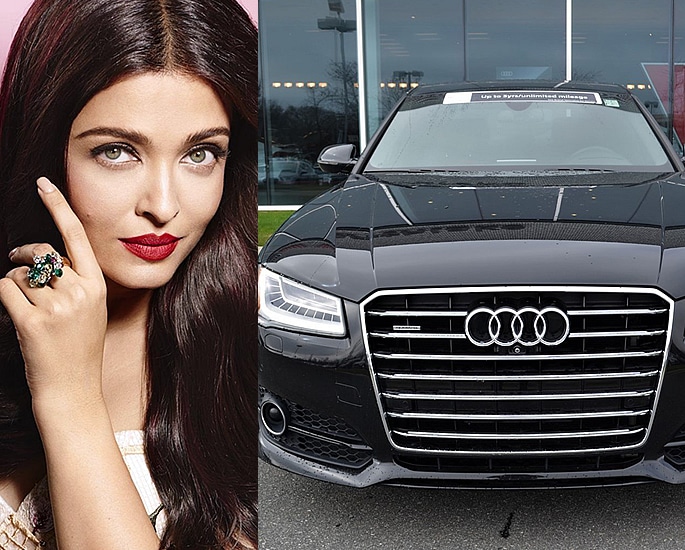 Aishwarya Rai is considered to be Bollywood royalty so her cars tend to be very high-end. She prefers saloon cars from leading manufacturers.

She owns a Mercedes S500 and Audi A8 L. The regular A8 is an executive saloon which is for those who want to travel in style.

The ‘L’ takes it up a notch as it is longer than the standard body, making it more of a small limousine than a saloon car. This may be why Aishwarya likes this car as it also offers excellent comfort.

It is not a cheap car but when you consider the increased dimensions for passenger comfort as well as the features, it is not that expensive. 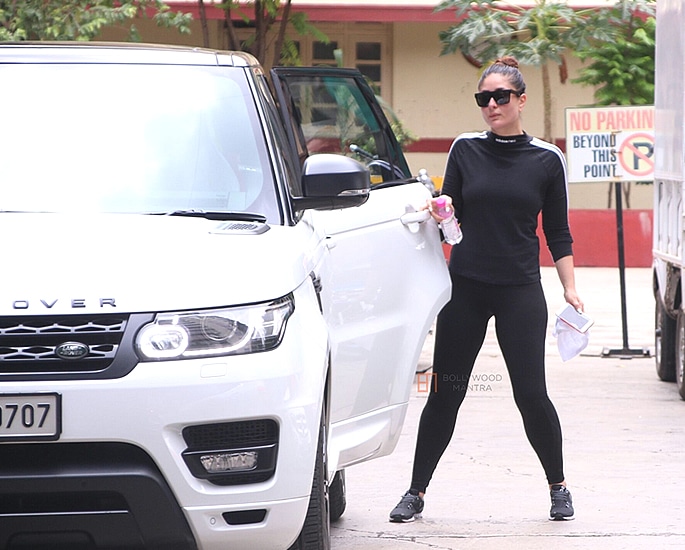 Kareena Kapoor is an avid car collector who owns a Mercedes S-Class, Audi Q7 and BMW 7-Series among others.

One which she uses on a regular basis is the Range Rover Vogue. She has been spotted in it on numerous occasions.

From running errands to going to a film set to shoot for a new movie, Kareena has driven the vehicle almost everywhere.

Her version is one of the latest models and the reliability of it shows as she uses it on during her everyday life.

It’s reliability and overall comfort is possibly the reason why so many Bollywood actresses are drawn to the SUV. 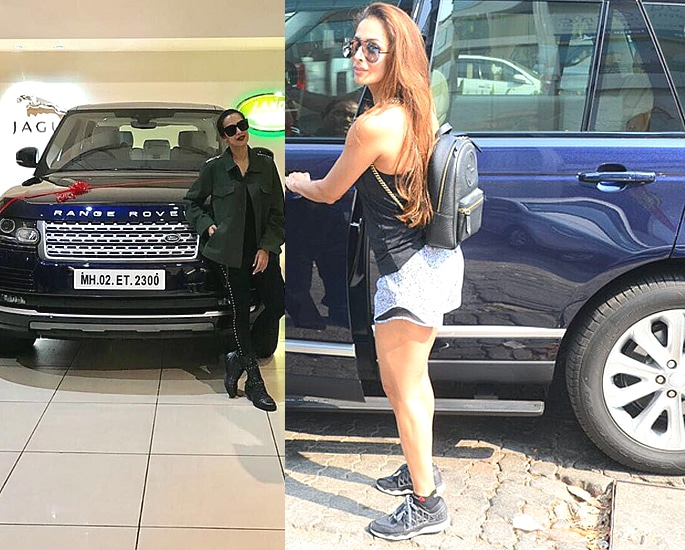 Malaika Arora is another famous Bollywood actress who owns a Range Rover. She uses it on a regular basis and has even used it to go to events.

While many of her Bollywood colleagues have Range Rovers which are white or light-coloured, Malaika has gone for a dark blue shade.

Even though it is one of many Range Rovers within Bollywood, the darker colour makes it stand out from the crowd.

It is a regal colour for the stunning actress. Her car has a 3-litre V6 turbo-diesel engine which produces 240 BHP along with 600 Nm of torque.

Malaika’s regular use of her Range Rover showcases its versatility as an SUV.

The link between Bollywood actresses and their cars is a strong one. Many have a collection of cars but they all have one which happens to be their favourite.

The majority of the selected actresses own a Range Rover and use it throughout their daily lives. It seems to be a reliable car which combines style as well as comfort.

As more luxurious cars continue to be produced, it won’t be long before they too will be owned by Bollywood actresses.

Dhiren is a journalism graduate with a passion for gaming, watching films and sports. He also enjoys cooking from time to time. His motto is to “Live life one day at a time.”
Priyanka Chopra is launching her own YouTube Show
YouTuber Zaid Ali’s wife called “Ugly” and “Cheap Black Monkey”