Console games are the most popular type of video game and there are many favourites among Indian players. We look at games which are totally loved in India.

"To me, it's like watching a movie or a television show."

Console games are the most popular type of video games in the world with approximately 600 million people playing on a console.

India is a nation full of gamers, but a lot of them play on either PC or on smartphones.

There is still a large number who play video games on a console.

Many video games, no matter the era, have become firm favourites among Indian gamers.

From games released in the early 2000s to the latest ones in 2018, there is a whole range of console games which are popular to play in India.

We explore some of the most popular console games and their franchises played in India. 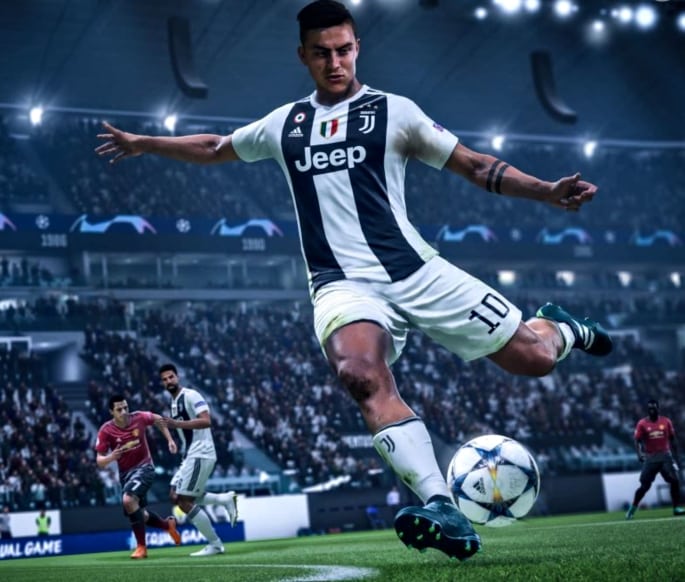 Though not specifically one particular game, every year FIFA tends to be a favourite in India.

As well as India, it is potentially the most popular console game in the world.

A major reason due to its popularity, as opposed to other sports games, is that there is an equally strong presence at club level as well as international level.

This means that gamers will have a wider variety of teams that they want to play as.

It is also due to the fact that there are a huge number of teams from different countries. This includes the Premier League where many Indian football fan’s favourite teams are based.

Every year the FIFA developers are constantly making changes so that the next release is better than the last.

This includes licensing. FIFA has the rights for hundreds of teams and thousands of players, bringing more new gamers.

The latest instalment, FIFA 19, is full of depth and has excellent graphics. It promises to continue the trend of the series being popular in India. 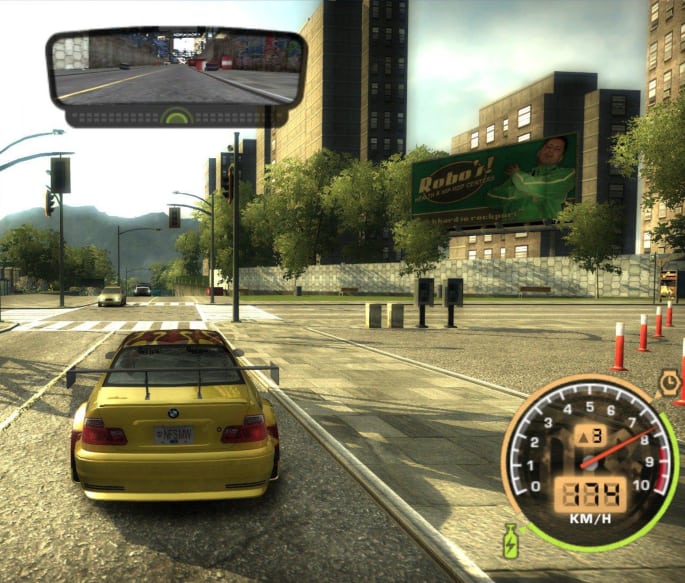 The Need for Speed series has always been popular in India due to the vast customisable options to your virtual car.

What makes 2005’s Most Wanted so loved by Indian gamers is that there was an extensive story to it.

The gamer’s objective is to work their way up the ladder defeating 15 street racers along the way.

It is a story which allows the player to race against increasingly difficult opponents.

For a 2005 game, the graphics are surprisingly detailed, capturing every detail of the customised cars.

A wide variety of luxury cars are available, giving players the ability to choose their favourite.

Racing games, in general, are a favourite in India due to the competitive nature of them and the cars which can be personalised. 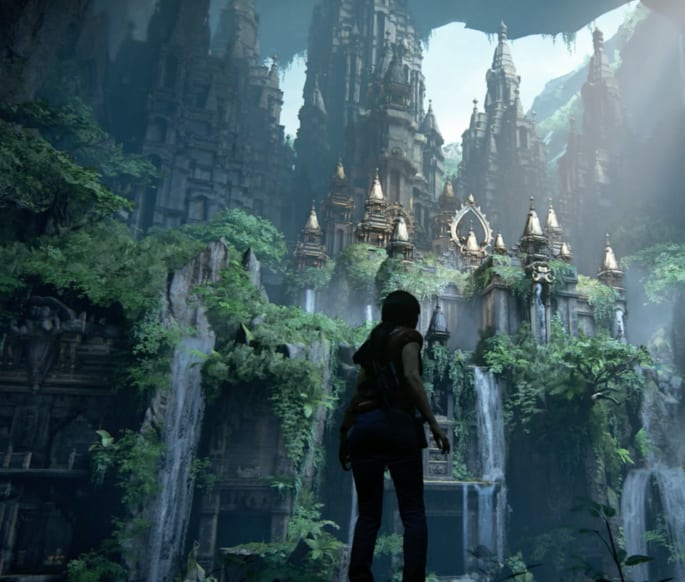 Playing as the explorer Nathan Drake makes the Uncharted Series a popular gaming franchise in India.

The amazing story, as well as character development in each game, are the main strong point.

The player controls her in the action-adventure game, climbing monuments and solving puzzles.

Chloe’s objective is to search for and capture the legendary tusk of Ganesh.

One major element which appeals to Indian players is the fact that the game is set in India.

While a lot of the scenery is altered for entertainment purposes, developers Naughty Dog captures the essence of India.

It combines lively markets with ancient landmarks, making for a graphically detailed game to play.

Gamer Aditya Dhawan said: “The storytelling is superb and some of the backstories of the characters is amazing.”

“To me, it’s like watching a movie or a television show.” 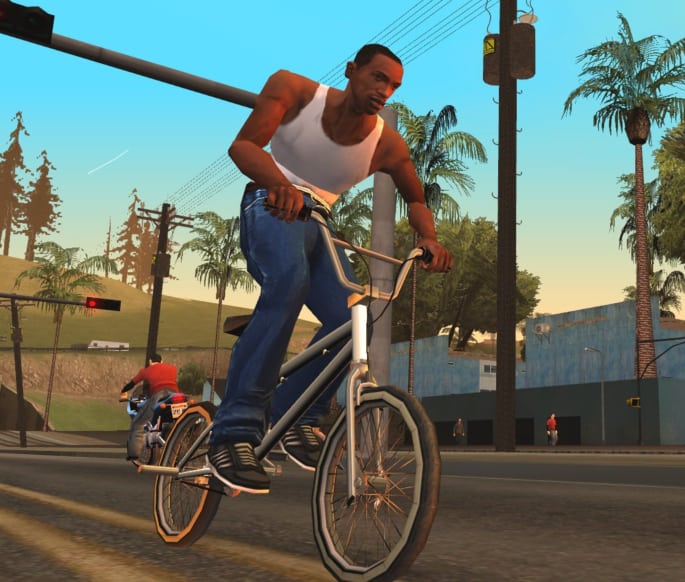 Although the Grand Theft Auto series is one of the world’s most popular franchises, let alone India, one game stands out.

That is San Andreas. Released in 2004 on PlayStation 2, it is arguably the best game in the whole franchise.

The game sees you play as Carl “CJ” Johnson, returning to the place he left to reunite with his former gang members.

It is one of India’s most popular games due to the story as well as the customisation options to CJ.

Gamers can modify him with a range of haircuts as well as eating and going to the gym to change his physical appearance.

It is a feature gamers are hoping to return in the next release.

People in India prefer this game as opposed to the latest in the franchise, Grand Theft Auto 5, for a number of reasons.

Vishrut Sundararajan likes both games, but there was something about San Andreas which kept him playing it.

“There’s something about those storylines, those age-old graphics, the audio, the legendary soundtrack…that makes me want to go San Andreas for real!”

Although the game has been around for 14 years, many people in India still enjoy playing it. It seems that San Andreas is a timeless classic. 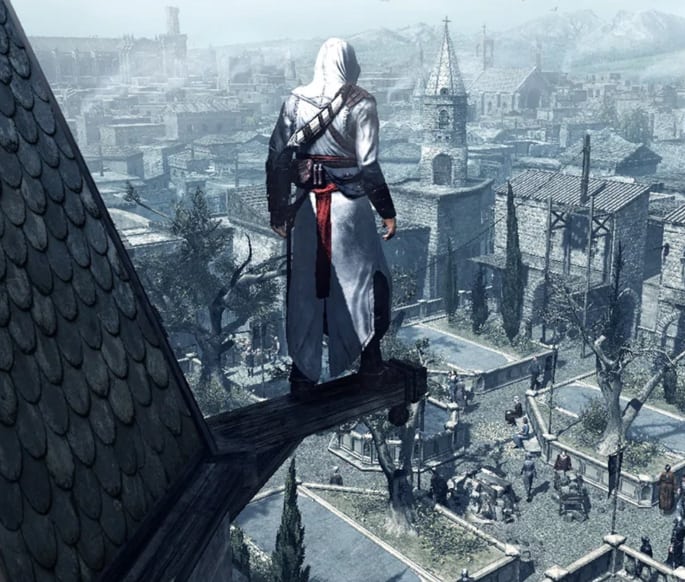 This too has evolved into a massive gaming franchise and has even seen a film based on it, but the first in the series is most popular among Indians.

The first was released in 2007 and is an action-adventure game.

It was a game which had elements no gamer had seen before.

The game combined stealth-like attacks with extreme Parkour in an open-world environment.

That is the main positive found by Indian gamers who have played Assassin’s Creed.

Anant Raina is a massive Assassin’s Creed fan, but the first game in the franchise stood out for him as it was unique.

He said: “It is an excellent release from Ubisoft due to its immersive gameplay, engaging storylines, and smooth Parkour.”

The franchise as a whole also has referenced India which has got gamer’s attention, increasing its popularity in the country.

For example in the second game, Mahatma Gandhi is possessing a Piece of Eden in hieroglyphics. 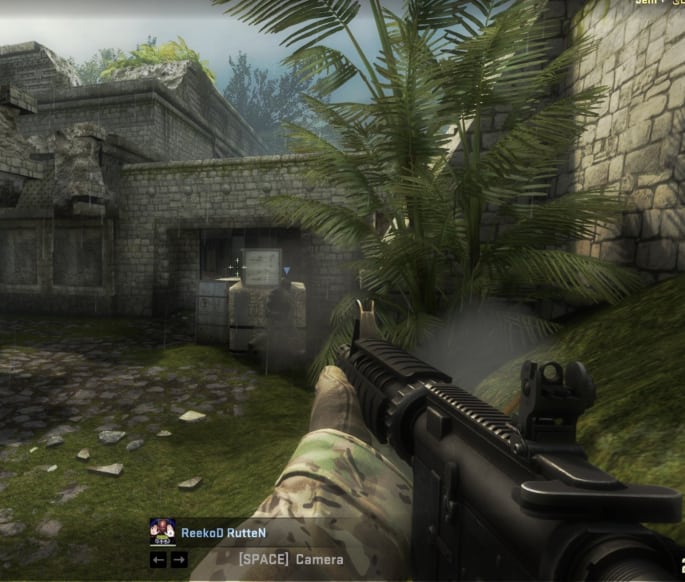 The multiplayer first-person shooter game is one of the most popular console games in India.

It is one of the main games played in eSports competition and as a result, it is growing India’s gaming market.

Counter-Strike is also very popular among casual gamers, with the social aspect being the major selling point.

It gives players the opportunity to socialise with friends through a video game and makes them work as a team to try and win against their opponents.

Since its release, developers continue to update the game in different ways, giving players new content and to keep people playing the game.

Shubham Bhatnagar likes the idea of multiplayer and says that is a reason for its popularity:

“Counter-Strike is a very popular game because it can be played by a bunch of people with different maps, weapons and strategies.”

“The game is easy to understand and it is an endless ride of fun.”

Shubham and many others are the reason for the game being very popular in India. 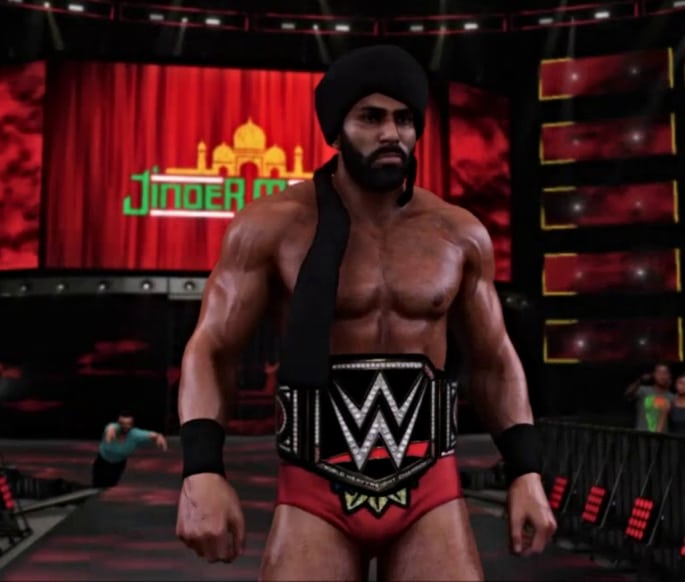 Professional wrestling is very popular in India and because of it, WWE is a favourite among Indian gamers.

Many casual players play it against their friends. They pick their favourite wrestlers to go into battle against one another.

Recent WWE games, specifically from the 2K series, have huge rosters, over 100 characters to choose from, giving players a wide variety.

The simple combat game brings about endless amounts of fun.

It is a game which will always be popular in India due to the positive impact professional wrestling has there.

Prince of Persia: Warrior Within 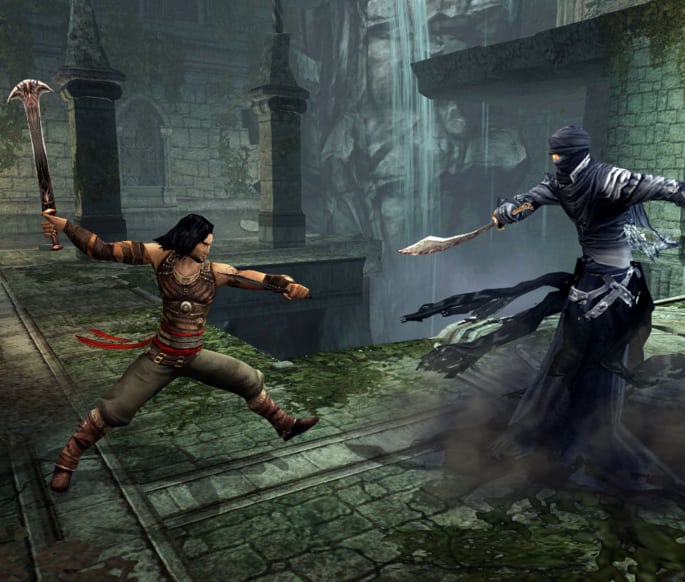 One of the best video game series during the mid-2000s.

The series saw players control an unnamed Prince who must battle his way through the story with the help of powers.

It was a game series for people who like combat in their games.

While The Sands of Time is arguably the better game, Warrior Within has better combat.

Suraj Khanna praised the combat of the game.

He said: “I prefer the combat in this game, while it is more difficult than The Sands of Time, there is more variety when it comes to combat.”

The darker toned Warrior Within is one of the most popular games played in India. 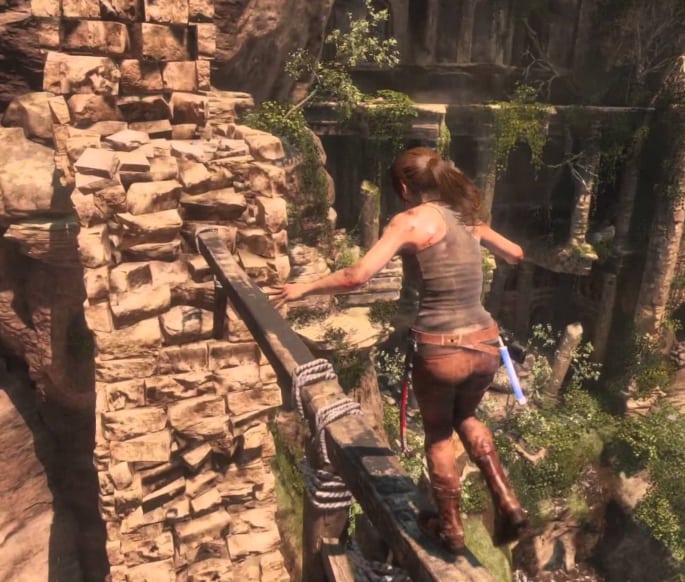 The Tomb Raider video game series has always been popular in India and throughout the world, the rebooted franchise has captured new audiences.

This new franchise centres on a Lara Croft who is yet to become the Tomb Raider we know.

The compelling story has made the franchise very popular in India, despite only being rebooted in 2013.

Chirag Arora said: “I really enjoyed the old Tomb Raider but for me, the new ones are much better.”

“It has more of a story, which I like and we see Lara in trouble, which we have never seen before.”

While the new franchise is already popular, it can only increase especially with the third game released on September 14, 2018. 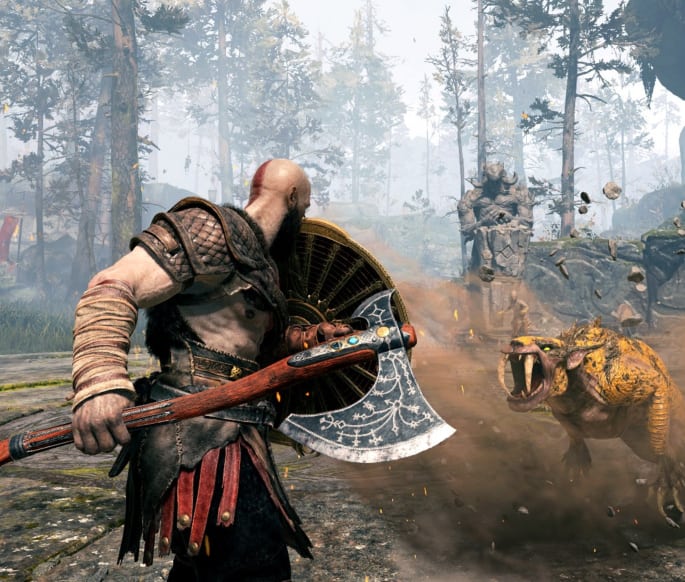 Another massive franchise, popular all around the world.

The God of War franchise sees you take control of Kratos in an adventure based on Greek mythology.

Apart from puzzles which have to be solved to progress, much of the games are hack and slash style combat.

It is a type of combat many gamers, including those in India love as it simple but very fun.

While these games show Kratos as vengeful and violent, the latest in the franchise takes a different approach.

Released in 2018, it is now based on Norse mythology and portrays Kratos as a caring father while keeping the violent combat.

Although many were sceptical, critics and fans praised the quality story.

Among those was Anudit Sinha who said: “This new game shows a whole new side to the angry God we all know and love, it is one which is the central point to a fantastic game.”

Watch a video on the 10 Popular Games played in India: 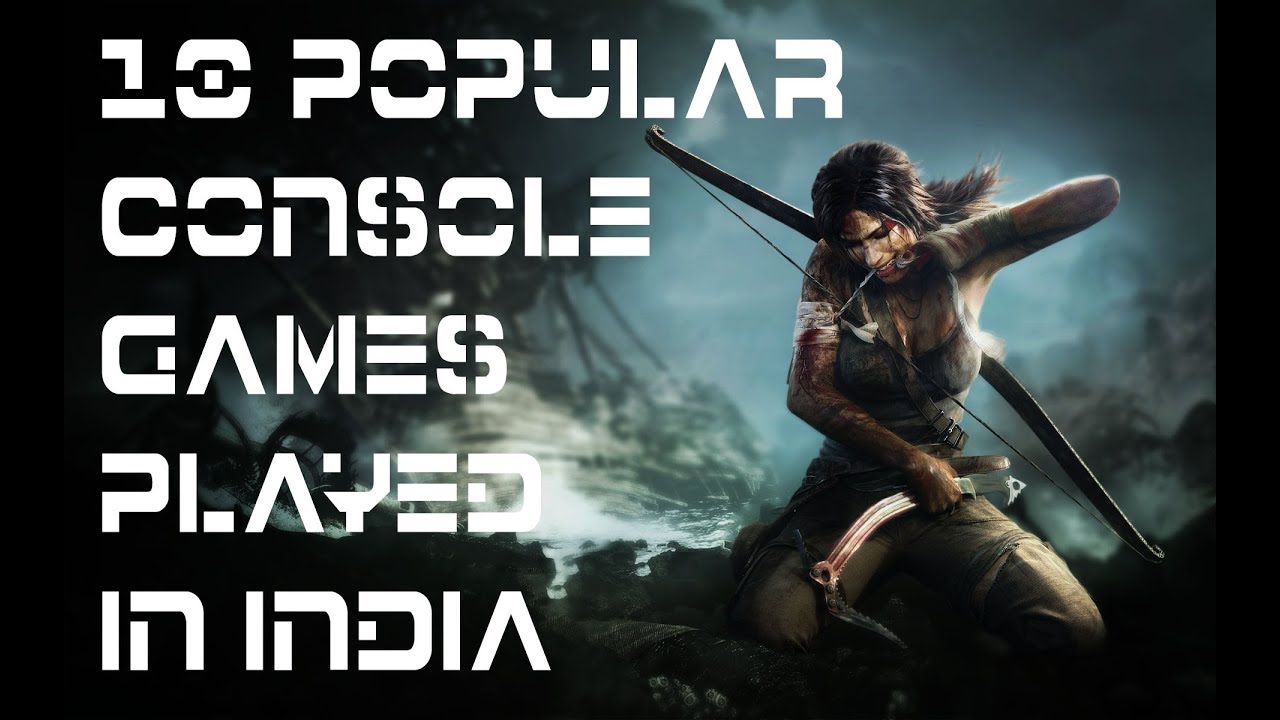 Video games will continue to be popular in India, especially as it grows in the country.

This selection of games show that it does not matter when the game was released, they are thoroughly enjoyed by gamers.

As a result of people’s continued enjoyment, they are some of India’s most popular console games.