Most Popular Console Sports Games of 2019

"that was the driving force behind all of that."

When it comes to 2019’s most popular console games, sports games lead the way.

A new game in the franchise comes out every year featuring new additions as well as an improvement on graphics.

With most games today, the graphics are extremely realistic. A character’s appearance may be mistaken for a real person.

In terms of sports games, the top athletes have had their likeness put in the game. A lot of sports stars even provide motion capture meaning that their movements are recreated for video games.

To play as their favourite footballer or basketball player in a video game is what entices gaming enthusiasts.

Combining that with the range of game modes only increases the popularity of them. As sports have a huge following, it is no surprise that games of that genre are regularly played.

With new games being announced all the time, we look at 2019’s most popular sports games. 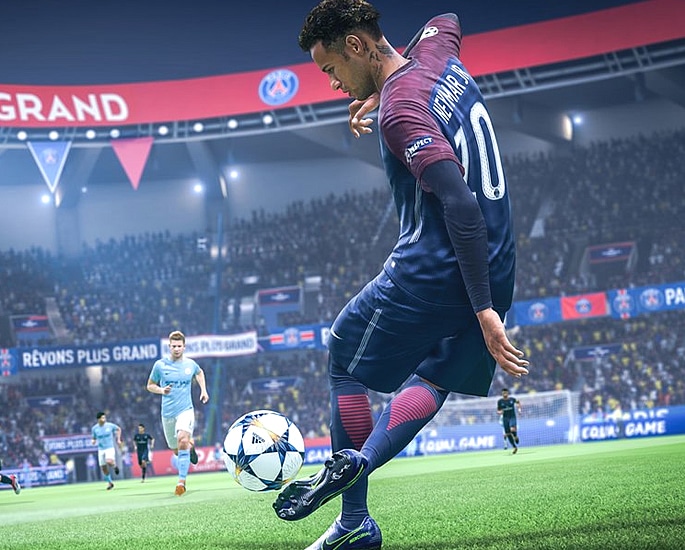 The FIFA series is always one of the most popular sports games and it remains the same with FIFA 19.

Prior to its release on September 28, 2018, fans were excited about the release because it would feature the UEFA Champions League, UEFA Europa League and UEFA Super Cup for the first time.

It was something that fans were longing for but it never happened due to UEFA’s exclusive licence with Pro Evolution Soccer.

While there are a range of modes to play, the game’s most popular mode, Ultimate Team, is what keeps bringing players back.

The mode lets players build teams out of the players that are collected. It is like fantasy football but on a console. Players can buy packs of new players for in-game currency or using your own cash.

It is these microtransactions which increase EA’s earnings, however, they are considered to be controversial.

Some say it is a form of gambling as some players use real money to take a chance on getting a good player.

However, EA CEO Andrew Wilson did not agree that its games could “be considered as any form of gambling”.

Nevertheless, FIFA 19 is one of 2019’s most popular sports games especially since the game drew 45 million different players on PC, PlayStation 4, Nintendo Switch and Xbox One during the fiscal year. 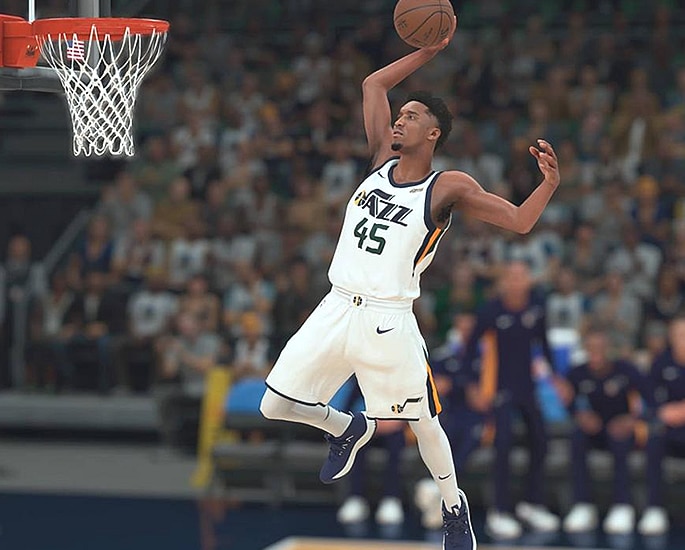 When it comes to a realistic basketball simulation, the 2K series leads the way and the September 2018 release is arguably the best instalment of the series.

A ton of detail was put into the game such as player likeness which is some of the best within gaming. It is something that other gaming developers could learn from.

Each athlete has extensive consultations as to how they look in the game. Every aspect right up to the tattoos is captured in immense detail so that the game looks as realistic as possible.

MyCareer is the story mode and is highly enjoyable. It is the nearest thing to becoming a professional basketball player all from the comfort of your chair.

2K19 lets players take control of an undrafted college player from the Chinese Basketball Association all the way up to the NBA.

It is an immersive story filled with the passion of being a star in the NBA. Fan events, sponsors and signature shoe deals are all part of MyCareer.

However, like with most current games, the downside is microtransactions which turn certain modes into something where paying will allow locked items to be unlocked quicker.

In their review, IGN wrote: “NBA 2K19’s rock-solid gameplay and strong sense of style make it the best of the series, but its style is slightly cramped by microtransactions.”

NBA 2K20 may just be around the corner but 2K19 is popular among hardcore basketball fans as well as casual gamers. 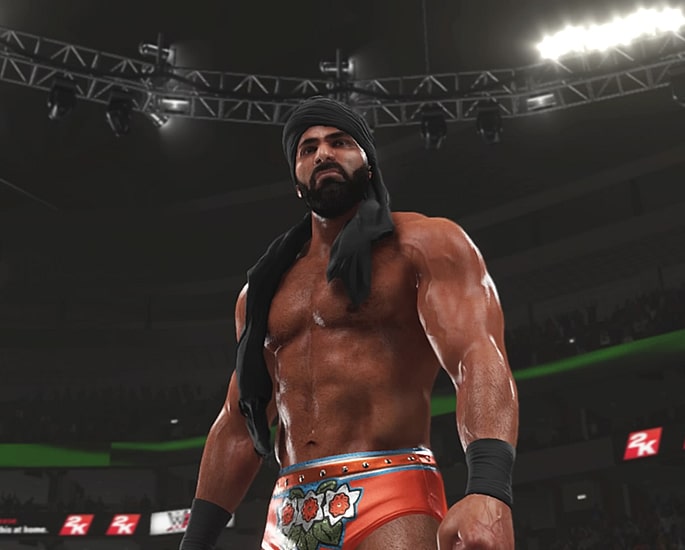 WWE 2K19 is from the makers of the NBA 2K series and it is no surprise that the professional wrestling game has been a hit in 2019.

The game is very popular among Desi gamers as they enjoy watching it.

It is a casual game played between friends. They pick their favourite superstars to go into battle against one another.

Like most of the 2K series, WWE 2K19 has a huge roster, with over 100 characters to choose from, giving players a wide variety.

“[The fans] kind of got turned off by the product we were giving them and we had to think outside the box and they never thought that we’d do it.

“The core was simulation, and people got turned off by that and we were hearing loud and clear that they weren’t buying it anymore and that was the driving force behind all of that.”

The game features a diverse set of wrestlers including South Asia origin stars which is why it is one of 2019’s most popular sports games. 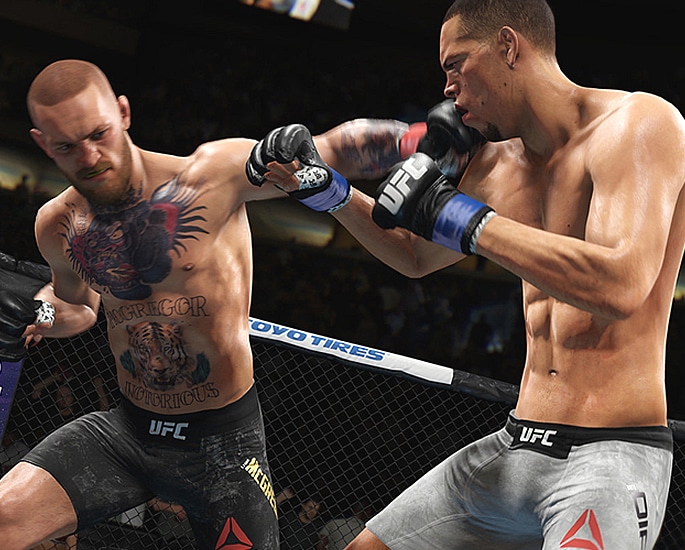 With the sport of MMA continuously growing, it was inevitable that UFC 3 would be popular among gamers.

The game has a great interface with the likeness of the fighter beautifully captured. Fighter movement is extremely fluid and the actual movements mean that each fighter feels unique.

This is why the stand-up gameplay is so effective and when paired with the combat, it makes for a realistic experience.

Punches and kicks feel like they have real weight behind them so it is extremely satisfying when they land cleanly on an opponent.

The roster is also very impressive with over 230 different male and female fighters to choose from.

After picking your fighter, there are a variety of single-player and multiplayer modes to choose from. Play against your friends or challenge yourself online against players from around the world.

G.O.A.T career mode lets you take a current or created fighter and turn them from a rookie into potentially one of the greatest.

Improve your skills in smaller gyms as your career begins but as you start to rack up wins, money comes in for you to use especially when nearing a shot at the champion.

It is just one of several modes in a game which is leaps and bounds ahead of UFC 2.

The game released at the beginning of 2018 and continues to be a fun sports game in 2019 especially when there has not been any talk about the possible release of UFC 4. 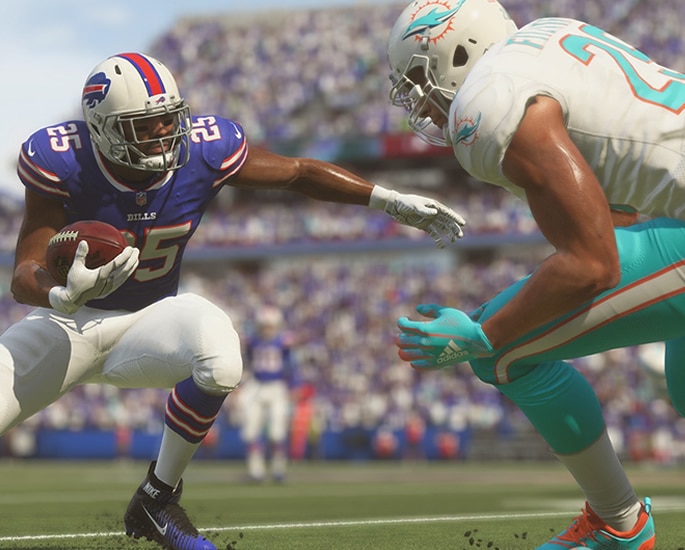 American football is extremely popular in the United States but it is also growing in popularity in the UK and Madden NFL 19 shows why.

A growing number of gaming enthusiasts are picking up the game and it is easy to see why when the title features game-changing control on and off the field.

Madden 19 lives up to expectation especially when it is the exclusive game for the NFL. It is something which has remained since 2004 when EA signed an exclusive licensing deal.

It does take some time to get used to but the “real player motion” will be pleasant.

In terms of gameplay, the fluidity makes for a rewarding and true-to-life experience.

“Madden 19 has finally cracked that slightly repetitive feel that can make it tough to go on, game after game.”

“With Real Player Motion delivering a fluid on-the-field experience, and Franchise mode customisation offering another level of realism, Madden is in a great place.”

When it released in August 2018, within its first week, Madden 19 sold over 130 million copies.

It remains one of 2019’s most popular sports games but gamers are gearing for Madden 20 which releases on August 2, 2019. 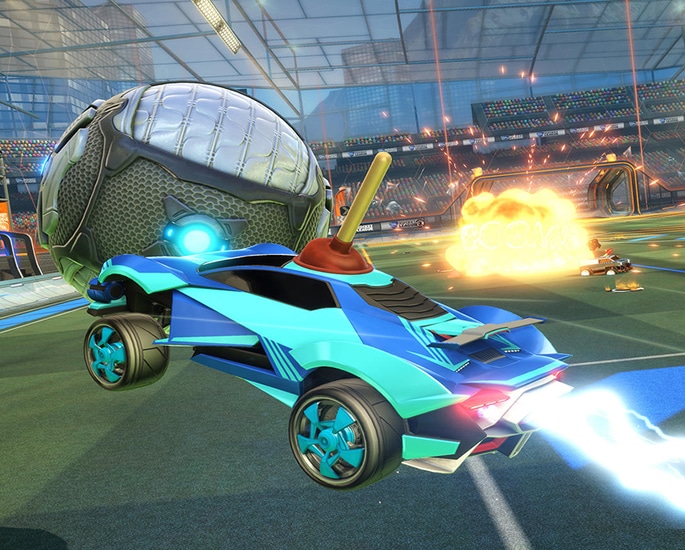 Even after it initially released in 2015, Rocket League remains one of the most popular sports games even if it is not a conventional one.

It combines racing and football within an arcade-like environment.

The objective is fairly straightforward. Use your car to knock the ball into the opposing team’s goal while preventing them from scoring.

You can hit the ball by ramming it, flipping into it or accidentally colliding with it.

Rocket League has managed to stay popular as the game is completely unique. The fast pace is what makes the game fun even if it is difficult at first.

Five-minute matches are ideal when keeping the game fresh and interesting. The four ways in which the main mode can be played also helps.

Play with friends or on your own, it is up to you but no matter the choice, it is immensely enjoyable.

The constant influx of updates and new content also help keep the game looking new. It is almost as if it evolves in order to stay relevant.

The gameplay of these sports titles is the main reason why they are some of the most popular games of 2019.

As they simulate actual sports, many of these games are enjoyed for a year before the next game in the franchise comes out.

Games featuring updated rosters as well as team kits effectively make the previous title out of date but they remain very popular for that year.

The realistic likeness of your favourite sports stars is what makes these releases 2019’s most enjoyed sports games.

Dhiren is a journalism graduate with a passion for gaming, watching films and sports. He also enjoys cooking from time to time. His motto is to “Live life one day at a time.”
Call of Duty: Modern Warfare – Reimagining a Classic
10 Top PC Games in India with the Best Gameplay