Racing games are known for fast-paced excitement and have enjoyed success over the years. We look at seven of the most enjoyable in the genre.

The game combined street racing with an extensive story

Racing games have been one of the most enjoyable video game genres for a long time.

They may be based on anything from real-world racing leagues to entirely fictitious settings.

Generally, they can be distributed along a spectrum anywhere between hardcore simulations and simpler arcade racing games.

All are known for its fast-pace as you drive your virtual vehicle at speed around the circuit.

They are also renowned for its social aspect as the split-screen on console games were commonly seen in the racing genre.

It provides a fun, yet competitive element between you and a friend. There is nothing like battling it out between one another on the race track.

As it is one of the most popular video game genres, naturally there has been a plethora of games. A number of franchises have also enjoyed success.

We look at seven of the most enjoyed video games played on console. As there are many games in different franchises, we have selected one notable game per franchise.

Need for Speed: Most Wanted 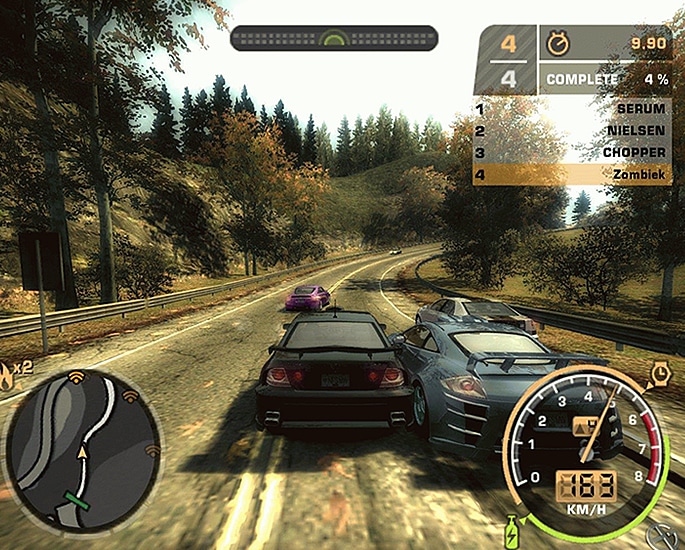 The Need for Speed franchise has always been popular in the racing genre thanks to the exhilarating races and vast customisable options to your virtual car.

While most of the games focused on street racing, it was the earlier games in the series that were the most enjoyable.

One of the most popular games was Need for Speed: Most Wanted from 2005.

The game combined street racing with an extensive story which had not been done to that depth.

The player’s objective was to work their way up the ladder defeating 15 street racers along the way.

It is a story which allows the player to race against increasingly difficult opponents.

A wide variety of luxury cars are available, giving players the chance to choose their favourite. They can then customise their vehicle to how they want, from the paint job to performance.

For a 2005 game, the graphics are surprisingly detailed, capturing every detail of each car.

Although there have been many more releases from the franchise, many have not lived up to the expectations of gamers.

The 2005 edition of Most Wanted remains one of the best racing games to be released. 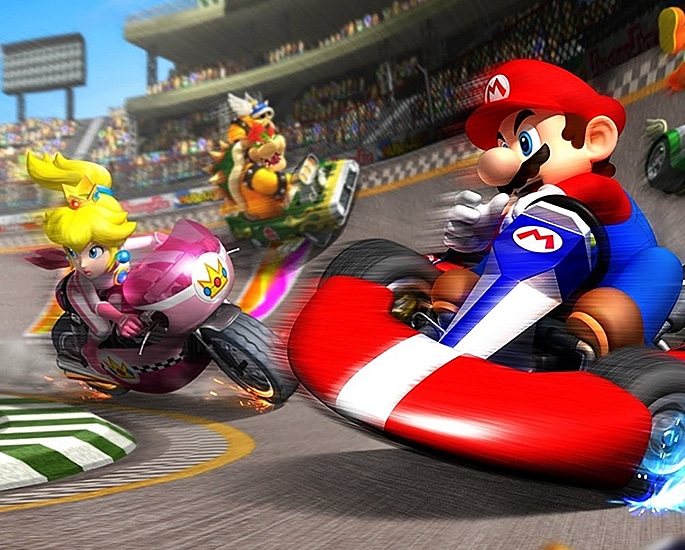 The Italian plumber is iconic in the video game world and the Mario Kart franchise is a fresh spin-off from the original series.

Instead of the traditional platform style that the franchise is famous for, Mario Kart is a racing series.

Characters from the Mario series are playable and can participate in kart races on various race tracks.

The best game in the franchise was the 2008 release for the Nintendo Wii.

It also had a social element as up to four people can play against each other, it was the perfect family game.

The fun game sees kids and adults racing against each other, but it is one which can get competitive very quickly. 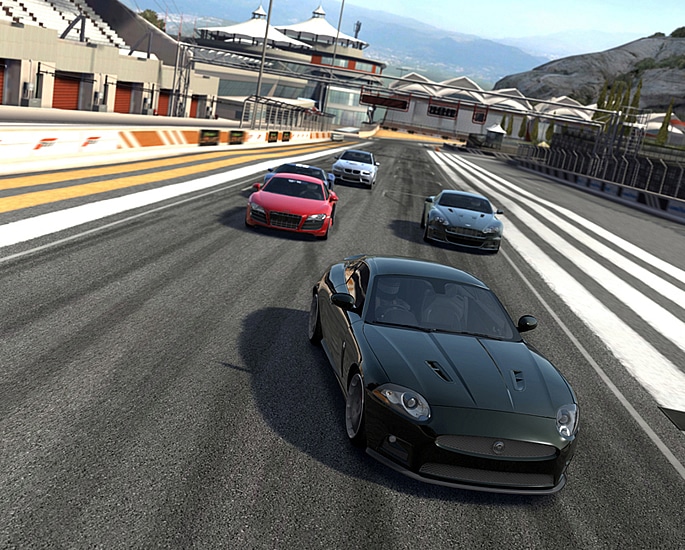 The Forza Motorsport series is the flagship racing franchise that is exclusively available for Xbox.

The franchise is currently split into two series which can suit different preferences.

The original series focuses on primarily professional-style track racing events whereas the focal point of Forza Horizon is an open world.

While the series has always enjoyed success, one of the best games in the series was the third release in 2009.

Forza Motorsport 3 includes more than 400 customisable cars from 50 manufacturers and over 100 race track variations. It also allows up to eight cars racing on a track at the same time.

The cars vary from production cars to race cars such as those from the American Le Mans Series.

Actual race racks and detailed gameplay puts you in the game and makes you feel like you’re in a real race.

The Xbox exclusive is a worthy rival to PlayStation’s Gran Turismo, some say it is the superior franchise.

While there have been many more releases which have been a success, the third game is one of the most enjoyable racing simulation games ever released.

It even paved the way for other racing game developers to create something as enjoyable. 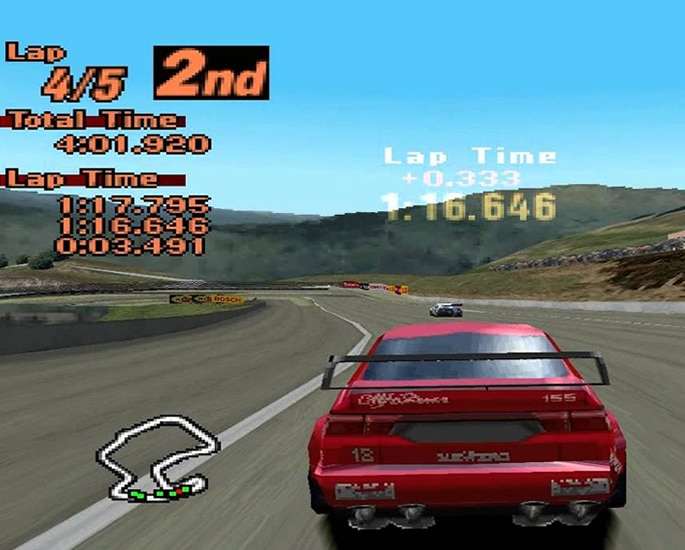 The Gran Turismo franchise is the racing simulation rival to Forza Motorsport. Exclusively available for the PlayStation, Gran Turismo has been one of the most popular over its lifetime.

The series has appealed to an audience ranging from casual gamers to fans of realistic racing sims.

With collective sales total of 80.4 million units sold, it is the highest-selling PlayStation exclusive franchise of all time.

While the newer games are much more detailed when it comes to the most enjoyable, the PS2 releases top the list.

Gran Turismo 2 may have released in 1999, but it was so well-received. It featured nearly 650 cars and 27 racing tracks, including rally tracks.

Compared to its predecessor, there were many more cars, tracks and races. However, in terms of gameplay, they were similar.

The game was praised by players and critics. In the final issue of Official UK PlayStation Magazine, Gran Turismo 2 was chosen as the 5th best game of all time.

Twenty years later, and the game remains one of the all-time greats in racing simulators. 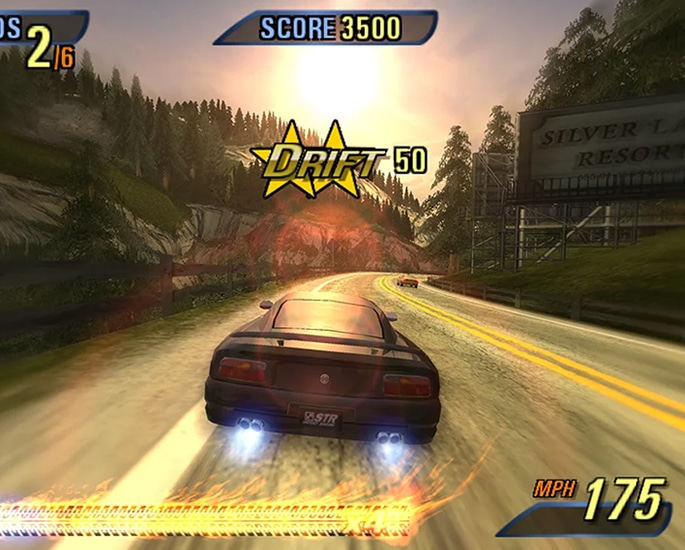 When it comes to the racing game genre, they are relatively the same. Drive at speed and beat your opponent.

But every once in a while, a game releases that is original and adds an element of shock. The 2004 release of Burnout 3: Takedown was that game.

It was not your conventional racing game but the driving was pure arcade fun.

During a race, boost is earned by acts of reckless driving such as drifting, near misses with traffic and driving in the wrong lane.

Then there is the takedown, which allows players to slam into opponents until they are nothing more than a crumpled mess on the side of the road.

It was also the last game in the series to feature a true Crash mode, where you drive your car into traffic to try and cause maximum chaos. The goal is to create the largest amount of monetary damage.

Burnout 3: Takedown defined the meaning of fast-paced and aggressive. Gamers loved the addictive gameplay and visuals.

Even in 2019, Burnout 3: Takedown remains one of a kind within gaming. 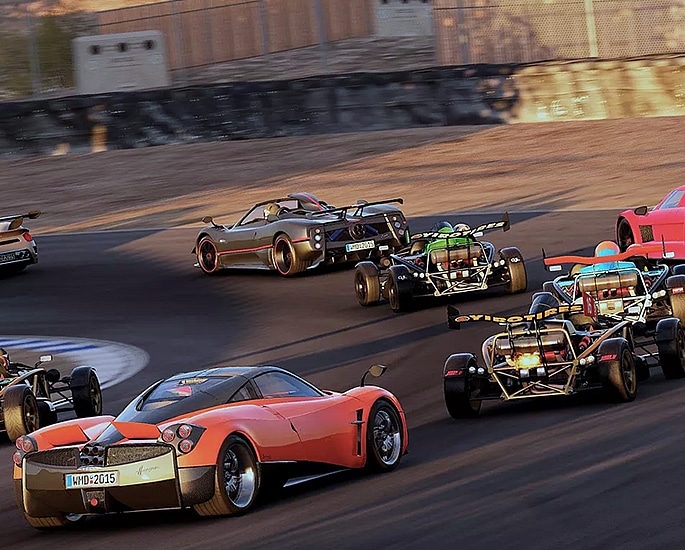 In modern gaming, realistic gameplay and graphics is everything. Project CARS is a racing game which prioritises realism.

The franchise started out as a niche product for the PC, it’s popularity saw it developed and released for games consoles.

Everything has been painstakingly captured to ensure maximum detail. From every pebble on the road to every car, the graphics are truly stunning.

The realism is also present and that can be an unforgiving, no-holds-barred experience. It fully immerses you in each race.

Project CARS has been praised for its single-player career mode as the developers took a “sandbox” approach. It allowed players to chose between a variety of different motorsports paths.

It also granted immediate access to all included tracks and vehicles, of which there were 74 driveable cars.

At the same time, changes in weather and lighting conditions are simulated dynamically. This makes racing conditions unpredictable, but it makes for an authentic experience.

The gorgeous graphics and dynamic career mode make Project CARS one of the most enjoyed games in the genre and the sequel soon followed in 2017. 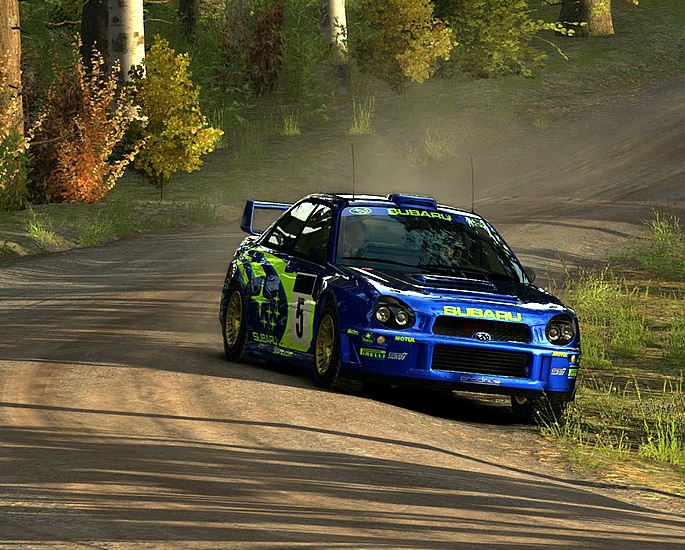 When it comes to a realistic rallying experience, no game does it better than Dirt Rally.

It focuses on what truly matters, speeding down heavily detailed rally stages in cars from different eras of rally driving.

Dirt Rally features a large number of cars from a variety of classes and eras from the 1960s all the way to the modern era of rally racing.

The gameplay highlights the unforgiving nature of rally driving. GamesRadar focused on this aspect and said:

“Tires burst, radiators overheat, and you can frequently find yourself hobbling over the finish line with a slack time simply because you’ve lost control of your car once in an otherwise clean and competitive race.”

Being able to cope with the harsh environment makes each rally stage a challenge. This is one game which actually rewards practice and patience.

Listening to your co-driver shout pace notes as you struggle to keep your vehicle under control down a gravelly race stage is something of a stressful exercise.

Being able to control your car while it tries to kick out the rear on every turn is a constant challenge. When you get to the finish, you feel a sense of accomplishment that is difficult to find elsewhere.

Players enjoy Dirt Rally as it is one racer that is a challenge and portrays an authentic rallying experience.

These are some of the most enjoyed games from the racing genre. Some provide simple fun whereas others opt for an immersive racing experience.

Some honourable mentions include the F1 series, Race Driver: Grid and MotoGP.

While they are prominent racing games, the seven which have been selected are some of the most enjoyable.

Players and critics have highly praised these games and they offer unique virtual motoring experiences.

Dhiren is a journalism graduate with a passion for gaming, watching films and sports. He also enjoys cooking from time to time. His motto is to “Live life one day at a time.”
BBC & ITV launching ‘BritBox’ in UK to Rival Netflix
Dangers of the Momo Challenge ‘Suicide Game’ to Kids