Mahindra Racing leads both the Drivers’ and Teams’ Championships after three rounds of Formula E’s 2017/18 season. DESIblitz looks at the Indian team’s form coming into the Santiago ePrix.

"The team tries to do their best, and then we see where we end up in the points.”

Formula E, the world’s first racing series only using electric cars, will begin its fourth round of the 2017/18 season. Commencing on 3rd February 2018, the excitement will continue in the first ever Santiago ePrix, in Chile.

Drivers have to compete against each other on the Santiago Street Circuit. The series’ only Indian team, Mahindra Racing, look set to compete in top form for the race.

The team is comprised of Managers Dilbagh Gill and Joan Orus, with Vinit Patel and Garth Harradine as Engineers. International drivers Felix Rosenqvist and Nick Heidfeld are the men behind the wheels of their powerful vehicles.

In the past, their roster of drivers includes Karun Chandhok (who appeared at the Autosport International Show 2018) and Bruno Senna.

They currently lead the Formula E Teams’ and Drivers’ Championship, after Felix won the race in Marrakesh ePrix.

Mahindra Racing also climbs to No.1 in the Teams’ Standings, beating rivals DS Virgin Racing by 18 points coming into the series’ debut in Chile.

It’s fair to say they’re enjoying a brilliant 2017/18 season so far! DESIblitz looks into their performance heading into the Santiago ePrix. 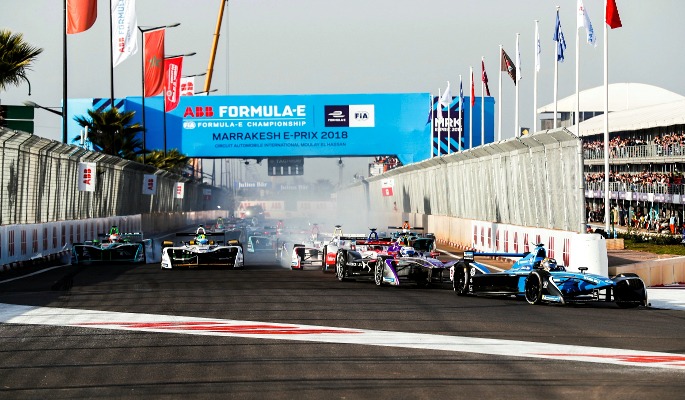 If you’ve never heard of Formula E, it is the world’s first fully-electric motorsport series that takes place on street circuits.

The series races in 10 cities across 5 continents, taking place for 7 months of the year. Its extensive list of locations of ePrix rounds includes Hong Kong, Paris, New York and Santiago.

As electrical engines are a key focus, Formula E has 10 car manufacturers specifically involved in its vehicles’ development.

Let’s move on to the ePrix format. Shakedown (where drivers get their cars), Practice, Qualifying and the Race usually all take place over a single day. However, the rounds in Hong Kong and New York happen over 2 days in what they call ‘double-headers’.

There is also the factor of ‘FANBOOST’ – a unique concept to the series. The fans can influence a race by voting for their chosen driver in which they get added jolts of energy during a race. Meaning they can actually contribute.

But ‘FANBOOST’ can only be deployed once, not in quick bursts.

How does the points system work? It’s similar to Formula One as it goes from 25 points for a win to tenth place for a single point. There are additional points available during an ePrix with 3 points for ‘Pole Position’ and 1 point for ‘Fastest Lap’. 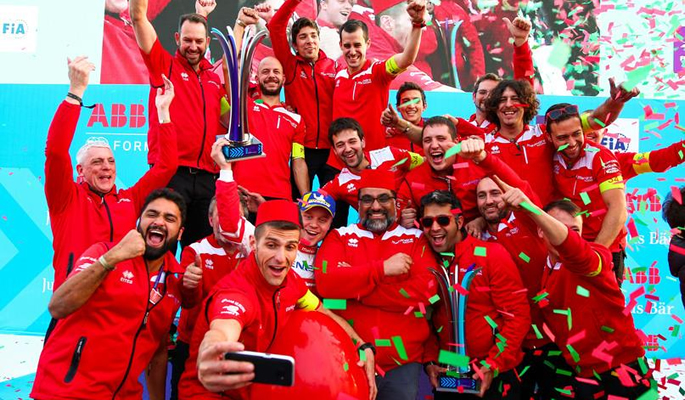 Formula E’s only Indian team have had a great start to the 2017/18 season, winning the last two ePrix rounds.

Felix, in particular, has an excellent form, securing these two wins in Morocco and Hong Kong. He even won ‘Pole Position’ at Hong Kong ePrix Race 2 – meaning he has a total of 54 points.

Team Principal Dilbagh Gill will surely feel delighted with what his team and drivers have accomplished so far in the first three rounds. But they will step into the unknown as they head to the new 1.53 mile Santiago Street Circuit.

Whilst it has been a smooth ride for Felix, his teammate Nick Heidfeld has had mixed results on-track. One retirement in Hong Kong ePrix Race 2 left the veteran German at a modest position of No.7 in the Drivers’ Standings, with 21 points.

Mahindra Racing will aim for another solid result in Chile as they look to increase their lead in both Championships.

Felix Rosenqvist climbed up to No. 1 on the Drivers’ Standing after his win in Morocco. This put him 4 points ahead of DS Virgin Racing’s Sam Bird. He returned to racing after competing in the Daytona 24 Hours endurance race.

However, Felix downplayed his chances of winning a maiden Formula E title when he spoke with CRASH.net. He said:

“It just changes so quickly in this championship. You need to be on it all the time, work hard, be ready for an uphill during the day and turn it around. I think it’s not always you can do that. I’m just trying to do my best. The team tries to do their best, and then we see where we end up in the points.” 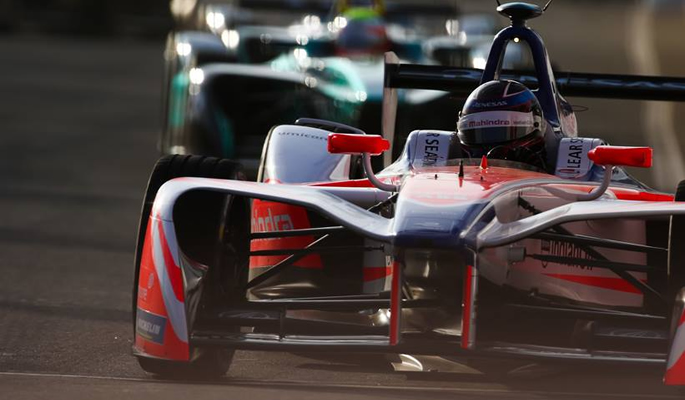 “Honestly, I’m not really thinking about the points, but to have 54 or whatever I have is not bad after three races.”

Whilst both Felix and Nick will need to keep on top of their game for the Santiago match, they cannot forget ‘FANBOOST’. They and the rest of the Mahindra Racing team will need support from their Indian fans to ensure they stay on top of the Formula E grid.

Make sure you keep up-to-date with the team’s performance in the series by following their Facebook or Twitter. And remember to check out Formula E’s debut Santiago ePrix on 3rd February 2018.