Premier League football clubs shattered records as they spent a mammoth £446.2 million on their respective 2018 January transfers. So what do our DESI Fans think about some of the massive moves involving their favourite teams?

"He is proven Premier League quality and could make an impact at any club."

In an unbelievable month of winter moves, Premier League sides spent a mind-blowing £446.2 million on their 2018 January transfers.

The incredible sum of money eclipses the previous winter transfer record of £225 million, set back in 2011.

So after nearly doubling the last record spend, what do our DESI Fans think about the biggest 2018 January transfers?

DESIblitz relives the winter transfer window by reminding you of the biggest moves as they happened throughout the month.

With Liverpool, Arsenal, Manchester United, and City all contributing heavily to that massive spend, DESIblitz gets the opinions of some of their British Asian supporters.

Bilal, Jaskiran, Areeb, and Junaid give you their thoughts on the 2018 January transfers by their favourite teams. But do you agree?

From Southampton to Liverpool FC for £75 million. 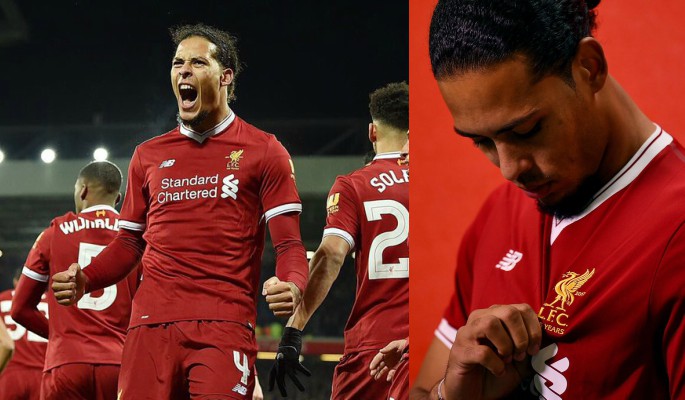 The 2018 January transfer window began with a bang as the biggest deal of the month went through.

With DESI Fans highlighting Liverpool’s defensive issues in recent matches against Arsenal and Manchester City, the club have bought the world’s most expensive defender.

Virgil van Dijk joined Liverpool for an astronomical club-record fee of £75 million from Southampton on January 1, 2018.

About the mega signing, Liverpool fan, Bilal, says: “We’ve clearly spent a fortune for him, but it’ll be worth it if our defence significantly improves.”

Van Dijk made the perfect start to his Liverpool career by scoring the winning goal in a 2-1 victory over their city rivals, Everton.

However, in his next two appearances for his new side, Liverpool conceded 4 goals in back-to-back defeats.

And Bilal says: “VVD has a lot of work to do before we can decide if he’s a good fit for LFC. He needs time to bed into our system and regain full fitness after a long time out. The fans will have a better idea next season.”

From Liverpool FC to FC Barcelona for £146 million. 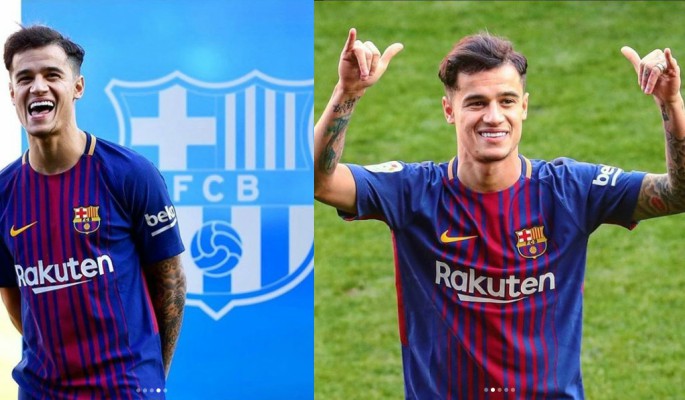 But soon after van Dijk’s arrival, Liverpool lost the talismanic Philippe Coutinho, in the biggest of all 2018 January transfers.

Despite failing with several bids in the summer, Barcelona returned with an irresistible offer worth £146 million for the Brazilian.

His huge move to the Spanish giants makes Coutinho the second most-expensive player in the world, behind Neymar (£200m).

Speaking about the loss of one of the ‘Fab Four’, Bilal says: “Barcelona have paid over the odds for Coutinho. Our record without him is better than it is with him in the team, so we got the better deal.”

The Liverpool fan, though, admits that he has mixed feelings about Coutinho’s departure.

Bilal adds: “While he was a magician with the ball, he wanted to leave. Any player who doesn’t want to be at your club doesn’t deserve to be there.”

From Arsenal FC to Manchester United in a Swap Deal with Henrikh Mkhitaryan. 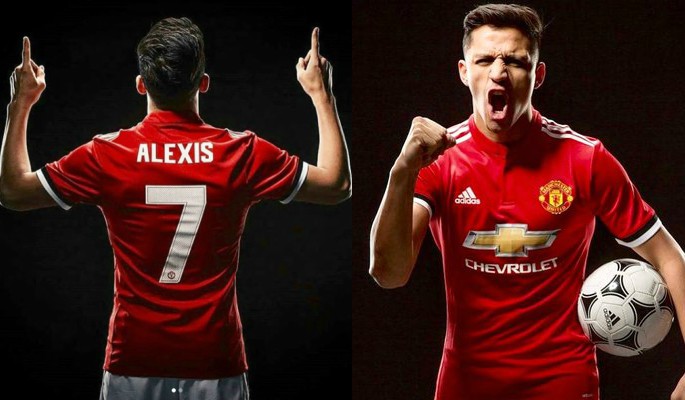 Alexis Sanchez was arguably even more intent on leaving his club as one of the 2018 January transfers. His move to Manchester United on January 22, was one of the craziest transfer sagas in Premier League history.

Much to the annoyance of many Arsenal supporters, the Chilean forward was running down his contract with the club.

Jaskiran, who works for the English FA, is a devout Arsenal fan. She says: “I feel bitter that we, as fans, invested so much energy into him.”

Arsenal were under growing pressure not to lose their star player for nothing in the summer. And it looked certain that he would join his former manager, Pep Guardiola, at Manchester City in January.

City, though, were unwilling to match Arsenal’s asking price or Sanchez’s excessive wage demands of £350k per week.

With City appearing to pull out, Manchester United came in and managed to agree a deal with Arsenal and Sanchez.

In exchange for Sanchez, Henrikh Mkhitaryan went the other way from United to Arsenal. But what do our DESI Fans make of this crazy transfer triangle?

Arsenal supporter, Jaskiran, is ultimately happy that the “disrespectful” Sanchez is out. She says: “He brought the team morale down, so it feels like we have got rid of a burden. No player is bigger than the club, and Sanchez proved he was money motivated.”

Junaid, a Manchester City fan, echoes Jaskiran’s thoughts. He says: “Sanchez has gone to United for the money despite having an agreement with City. We don’t need that kind of character in the dressing room.”

Areeb, though, is a Manchester United supporter with a quite different opinion.

Speaking exclusively to DESIblitz, he says: “The argument about the Alexis deal is meaningless. If City really wanted him, I’m sure they would have got their man. But instead, United got Sanchez, and this will be a major moment in the 2018/19 title race.”

From Manchester United to Arsenal FC in a Swap Deal with Alexis Sanchez.

Moving in the opposite direction as part of the deal for Alexis Sanchez was the attacking midfielder Henrikh Mkhitaryan.

Despite a stunning start to his Manchester United career this season, Mkhitaryan has fallen out of favour at Old Trafford.

So which set of supporters are happier at their side of the swap deal?

Jaskiran says: “I’m happy that we’ve gained a player who seems determined to becoming valuable at Arsenal. He wasn’t as valuable at United as what he will be at Arsenal.”

Meanwhile, Manchester United fan, Areeb, says: “To get Sanchez without a transfer fee is brilliant. He is proven Premier League quality and could make an impact at any club.”

He adds: “It’s sad to see Mkhitaryan leave though. It was always a one step forward and two step back with him. He never really got the chance to show his true brilliance.”

Will the Armenian, then, now be able to produce his best form? He’ll also have the help of a former teammate after Arsenal made their record signing on transfer deadline day.

From Athletic Bilbao to Manchester City for £57 million. 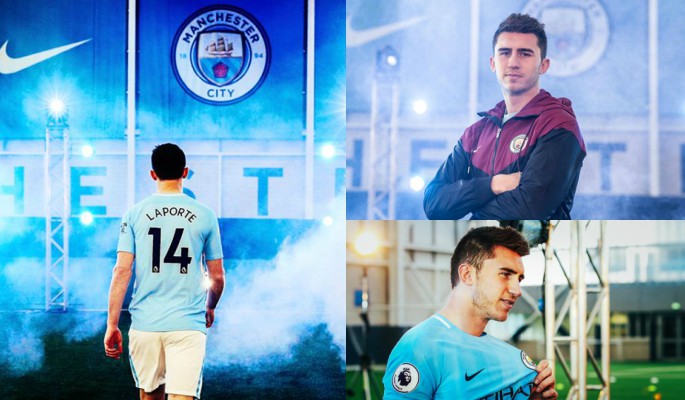 Manchester City also broke their transfer record in January 2018 with the signing of Aymeric Laporte.

City moved to sign Laporte after deeming Virgil van Dijk unworthy of the £75m Southampton were demanding. About City’s reluctance to pay over the odds for players, Junaid says:

“Other clubs can’t rip us off just because we have money. We have to break the cycle of teams asking for ridiculous sums of money. Sanchez and Virgil van Dijk were not worth the fees they went for.”

But Junaid is happy with their new defensive signing and record buy. He adds: “£57 million for a 23-year-old defender who has all the attributes to become world class is cheap in the current market. It’s a brilliant signing.”

From Borussia Dortmund to Arsenal FC for £60 million. 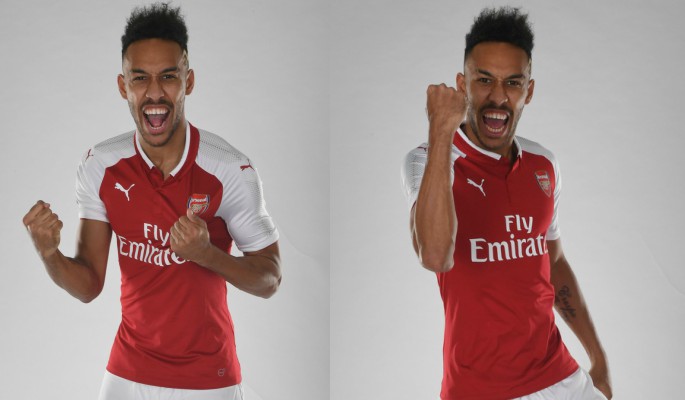 The biggest of the 2018 January transfers on deadline day was Pierre-Emerick Aubameyang’s move to Arsenal from Borussia Dortmund.

His move to the Gunners was worth around £60 million, making the striker Arsenal’s most expensive player ever.

The 28-year-old Gabon international will once again team up with Henrikh Mkhitaryan after the two were previously together at Dortmund.

Jaskiran says: “Mkhitaryan was crucial in Arsenal attracting Aubameyang. We’ve finally spent big money in a transfer window, and it was really needed.”

Arsenal are struggling to secure a Top 4 finish, with the side currently in sixth place. But can Aubameyang and Mkhitaryan help fire their new side up the table?

Unfortunately, Aubameyang’s arrival spelt the end for Olivier Giroud at Arsenal. And about that, Jaskiran adds: “I’m gutted we had to sell Giroud, and especially because it is to [London rivals] Chelsea. I valued him as a player, and it’s a shame to see him go.” 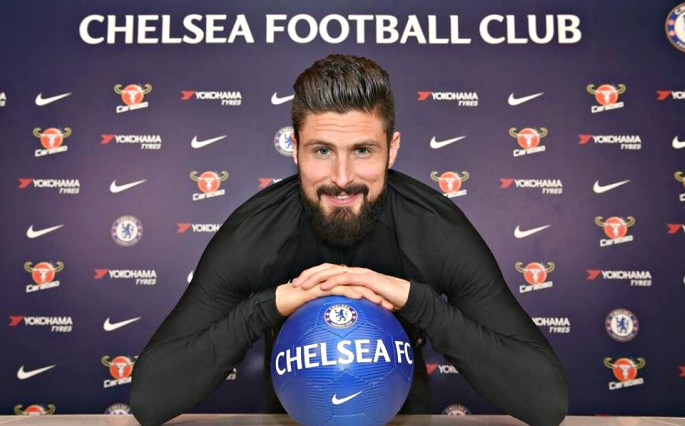 There have been more 2018 January transfers in and out of our DESI Fans’ favourite clubs too.

Perhaps most notably, was Olivier Giroud’s deadline day move from Arsenal to Chelsea for a relatively cheap £18 million.

The move completed yet another transfer triangle. Arsenal signed Aubameyang from Dortmund shortly before the German club replaced him with Michy Batshuayi from Chelsea.

Chelsea’s vacant striker position was then filled by Olivier Giroud. But should Arsenal be allowing players to join their domestic rivals?

Jaskiran says: “I’m not happy at all with Arsenal selling to rivals. It makes future games more intense and stressful.”

Although she goes on to say: “It was quite satisfying so see Man United losing to Tottenham with Sanchez playing. I’m sure he’s not used to that [with Arsenal].” 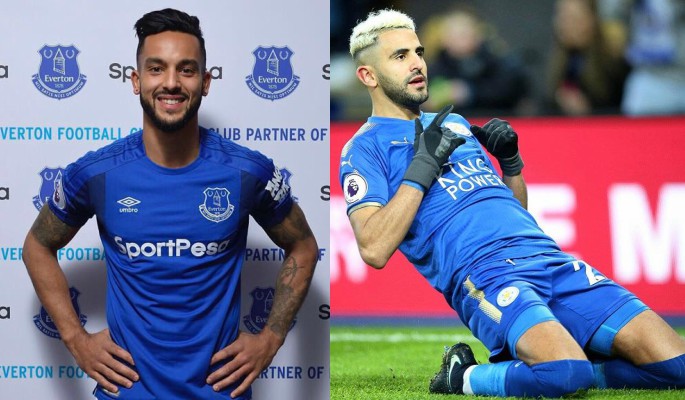 Leicester City’s Algerian winger, Riyad Mahrez, looked set to join Manchester City on deadline day too. But the move fell through due to Leicester rejecting City’s bids for him.

About the potential signing, City fan, Junaid, says: “He could have taken our squad to the next level. I didn’t consider him 31 days ago, but now I’m thinking why we didn’t bid for him earlier.”

So after making some huge 2018 January transfers, Liverpool, Arsenal, and Manchester City have all set new club transfer records.

Junaid believes that Man City’s rivals are trying to spend big money in order to keep up with the current Premier League leaders.

He says: “The teams behind City are becoming desperate and are worried that they will fall away. The only way to close that gap is by spending.”

But do their DESI Fans think it has been a successful transfer window overall for their respective sides? 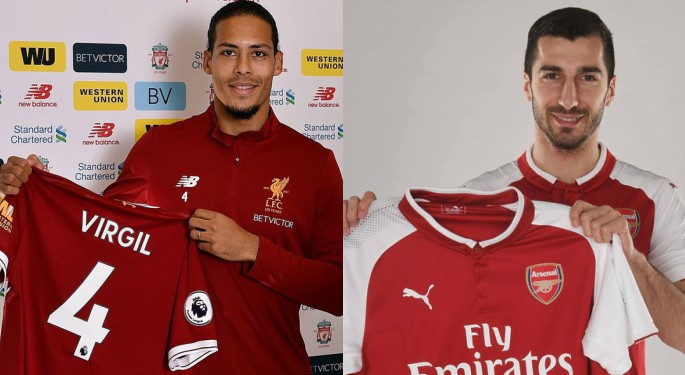 Liverpool fan, Bilal, says: “I’m delighted that we signed a good defender as we were desperate for one. Losing Coutinho is a blow but I’m confident in our squad.”

Jaskiran, an Arsenal supporter, says: “I’m very happy overall with the January transfer window. We’ve brought in two world class players who should already have good team chemistry thanks to being past teammates at Dortmund.”

But she adds: “We could have improved our transfer window by focusing more on our defence. We have strengthened our attack and midfield which only highlights how weak our defence is at the moment.”

Our Manchester United DESI Fan, Areeb, says: “I’m happy with our transfer window. Getting a player of Sanchez quality is very rare. Although Manchester City still have a better squad than us, especially after the signing of Laporte.”

And finally, City supporter, Junaid, says: “I’m very happy with the Laporte signing, but we could have done with cover for Sane. Overall though, I’m happy with our transfer business.”

It truly has been a sensational winter transfer window. Be sure to keep an eye on how these huge players adapt to their new sides as the Premier League continues.