British bank Barclays has made the controversial decision to close cash transfers abroad. The impact this will have on South Asians living in the UK and abroad could be devastating.

"People across the UK are desperate to get money to their loved ones."

On August 7, 2013, protesters were seen at Downing Street urging the government to help keep money exchanges open in foreign countries.

The protest came after news that Barclays would close its cash transfer system that allows nationals to send money abroad.

25,500 people signed a petition calling on the UK Government, regulators and Barclays to take urgent action to make sure millions of people living in Britain are able to send small amounts of money to family and friends in developing nations.

Remittances are hugely common among Black and Ethnic Minority communities within the UK. According to World Bank statistics, the UK is the fourth largest sender of remittances abroad, at approximately £14.9 billion. 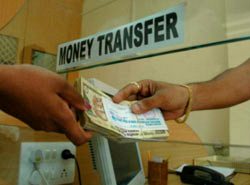 Interestingly, India is at the top of the list in receiving remittances. In 2011, the World Bank estimated that it received approximately £40 billion in remittances.

£2.6 billion of this was from the UK. Pakistan received £7.7 billion in remittances from around the world and Bangladesh, £7.2 billion.

The reason for such high sums of money sent abroad is not too difficult to understand. Many from the developing world move to the UK in order to find better opportunities for themselves and their families.

Sometimes the lack of economic prosperity in their own country is the reason they move elsewhere. Thus those that are left behind are dependent on their relatives or loved ones abroad for survival. 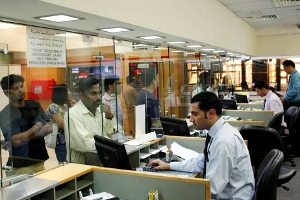 A survey to monitor the South Asian community of remitters was carried out by the Department for International Development (DFID).

It found that out of all those South Asians sending money back home, 80 per cent of people believed it was making a significant impact on the livelihood of their relatives.

It emerged that 31 per cent believed it was needed to buy food, 21 per cent to pay for medical bills, and 17 per cent for schooling and education.

Rushanara Ali, Labour MP of Bethnal Green and Bow, explains that many of her constituents are deeply concerned about the effects of Barclays’ decision: “People across the UK and many of my constituents are desperate to get money to their loved ones,” she says.

“Shutting this vital lifeline runs the risk of money being sent through dangerous and alternative methods that are not properly regulated.”

“People feel an obligation. I’ve never heard someone with an origin in another country not feel a sense of obligation, or a sense of connection, or wanting to make a contribution,” she added.

Ms Ali, amongst many MP’s, believes that the move will be significant for countries that rely on remittances from minority families in the UK. 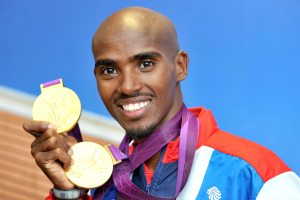 Farah admitted that his extended family will struggle if Barclays goes ahead with plans to shut systems that allow money transfers to accounts in Somalia.

He said: “The small sums sent home by British Somalis each week enable family members to buy food, medicines and other life essentials. I have been sending money home for a number of years.

“The Mo Farah Foundation, along with some of the world’s biggest international charities and organisations, including the United Nations, rely on these businesses to channel funds and pay local staff.

“Everyone following the issue understands that Barclays has a bank to run, but this decision could mean life or death to millions of Somalis.”

The impact of Barclays on countries like Somalia could be hugely devastating. It is thought that up to 40 per cent of the Somalian population relies on remittances from family members living abroad. 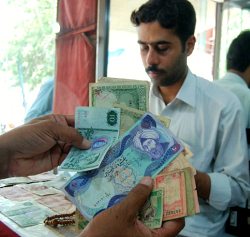 The reason behind Barclay’s decision is still vague. Barclays has said in a statement that there was fear of illicit activity under the current system that was leading it to pull out of the sector:

“As a global bank, we must comply with the rules and regulations in all the jurisdictions in which we operate. The risk of financial crime is an important regulatory concern and we take our responsibilities in relation to this very seriously.”

“Whilst Barclays makes no comment on specific companies, it is recognised that some money service businesses don’t have the necessary checks in place to spot criminal activity with the degree of confidence required by the regulatory environment under which Barclays operates.”

However, while Barclay’s concern of money laundering and crime is a significant reason for its decision to withdraw, there is now a real fear that people will no longer be able to transfer money in a legitimately secure way. We could find that this paves the way for more illegal providers to emerge.

But for those who rely on remittances from their relatives and loved ones is an even more concerning issue; the effects on their livelihood could be disastrous.

Natasha is an English Literature and History graduate. Her hobbies are singing and dancing. Her interests lie in the cultural experiences of British Asian women. Her motto is: "A good head and a good heart are always a formidable combination," Nelson Mandela.
Bikram Yoga guru accused of Sexual Harassment
Amitabh Bachchan honoured by David Cameron