With the 2017/18 Premier League all set to kick-off on August 11, DESIblitz gives you the ultimate preview to the all new English football season.

"After a great pre-season, hopefully we can carry that form into the season and achieve great things."

After a seemingly endless summer break, English football is back, and the 2017/18 Premier League is ready for kick-off.

The match between the two former champions will feature around £100m of new talent after their summer dealings.

This is sure to help towards a hugely entertaining opener to the 2017/18 Premier League, but it doesn’t end there.

With top English sides spending nearly £1 billion already on transfers, it is certain to be an exciting season ahead.

DESIblitz brings you everything you need to know for the 2017/18 Premier League season. From the huge transfers to pre-season form, and the latest managerial and rule changes to keep up with.

We also speak to three British Asian football fans to hear their predictions for the upcoming season. 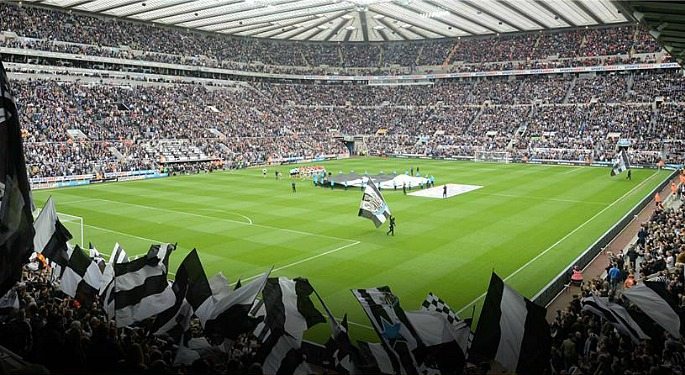 It’s the first time that either side will compete in the Premier League since its founding in 1992. Huddersfield’s and Brighton’s promotion comes at the expense of Hull and Middlesbrough who were relegated to the Championship.

There are some manager changes to know about for the 2017/18 Premier League season too.

Mauricio Pellegrino takes over from Claude Puel at Southampton, while Craig Shakespeare is now the permanent manager of Leicester City. 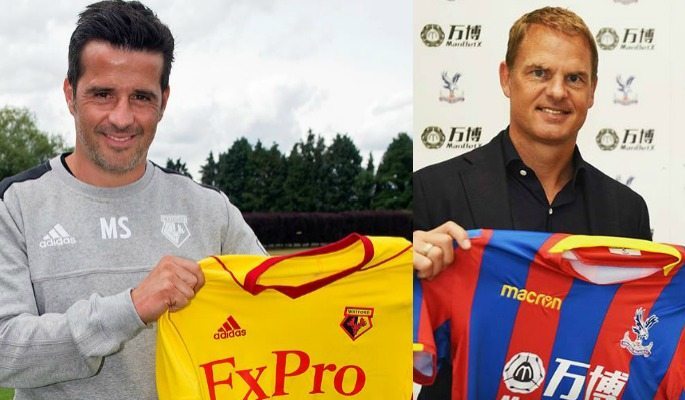 Former Hull City boss, Marco Silva, also returns to the Premier League with Watford. Can he help his new side steer clear of relegation?

Players found guilty of diving or faking an injury could face two-match bans as punishment from this season.

A three-man panel, which will consist of an ex-manager, an ex-player, and an ex-match official, will make the decision.

Meanwhile, players who receive yellow or red cards for their challenges on a diving player can have those rescinded.

Could these new rules for the 2017/18 Premier League affect any of the new, expensive, talent which is coming in?

Transfer Madness in the 2017/18 Premier League 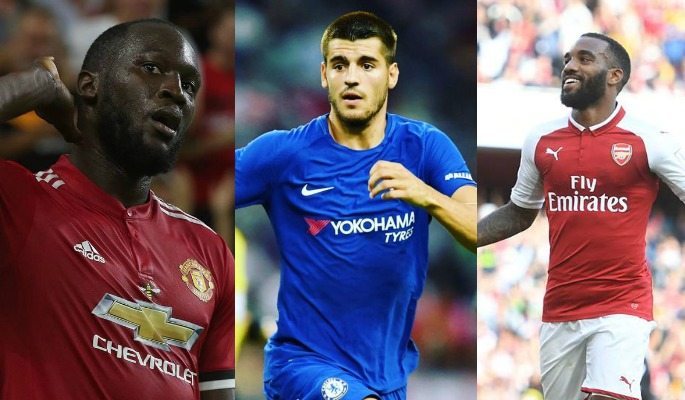 With three weeks of the summer transfer window still to go, nearly £1 billion has already been spent.

Romelu Lukaku recently moved to Manchester United from Everton in a deal which could rise to £90m.

Chelsea have also brought in Antonio Rudiger (£34m) and Tiemoue Bakayoko (£40m) to add to the squad which won the 2016/17 Premier League title.

However, they will be without the influential duo of Diego Costa and Nemanja Matic for the upcoming season.

Costa is not a part of his side’s plans for the future, while Matic joins Chelsea’s title-rivals, Manchester United, in a £40m deal. United fan, Areeb, says:

“The signing of Matic gives Manchester United a major boost. Having him in the middle gives Pogba more of a free role in the side, where he will have more attacking influence. With Lukaku certain to score 20+ goals, United should challenge for the title.”

Manchester City, though, have spent around £200 million on their five major summer signings so far, with more possible.

Goalkeeper, Ederson, joins from Benfica for £34.7m, while City also bring in two of the world’s most expensive defenders. 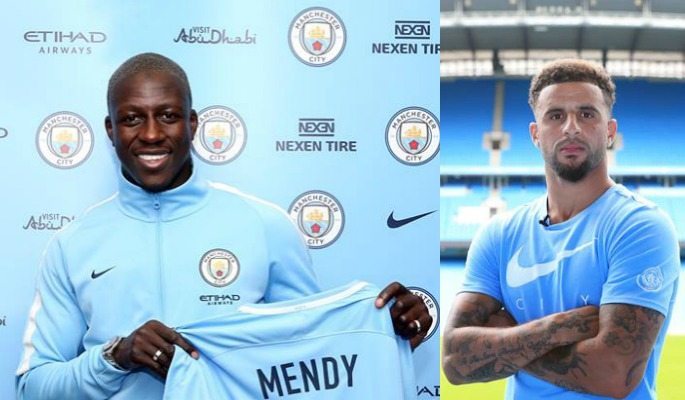 Check out our Top Fantasy Football Tips to see which of these huge summer signings offer the best value for money on the game.

With so much exciting, new, the 2017/18 Premier League season will be a simply breath-taking one. But which team is in the best form to begin the new season?

Although pre-season matches count for very little, they do give players valuable confidence.

So which teams go into the 2017/18 Premier League season in the best form? DESIblitz takes a look.

The FA Community Shield is the traditional curtain raiser to the English football season. Pitting the latest Premier League winners against the most recent FA Cup winners, the game is always a thrilling watch. 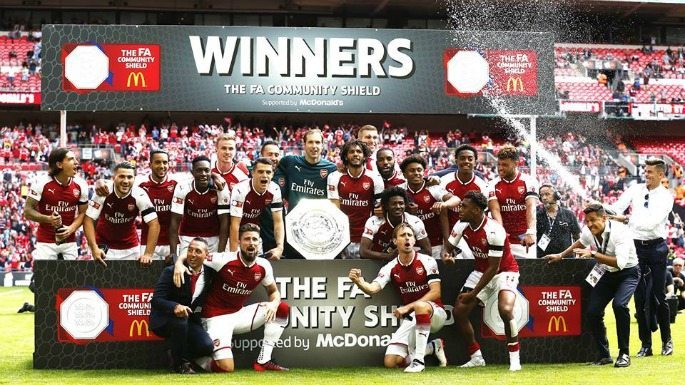 This year, Arsenal beat Chelsea on penalties, at Wembley, after an action-packed 1-1 draw. Goalkeeper, Thibaut Courtois, and club record signing, Alvaro Morata, missed the crucial penalties for their team.

United’s rivals, Liverpool, begin the 2017/18 Premier League with the most pre-season wins, after their six victories.

After just two draws and two defeats, West Ham United, go into the new season with the worst pre-season form.

And, despite playing the joint most pre-season games (8), West Bromwich Albion’s two wins gives them a 25% win rate. Leicester City are struggling too. Their two wins from seven gives the 2015/16 Premier League champions a 29% win rate. 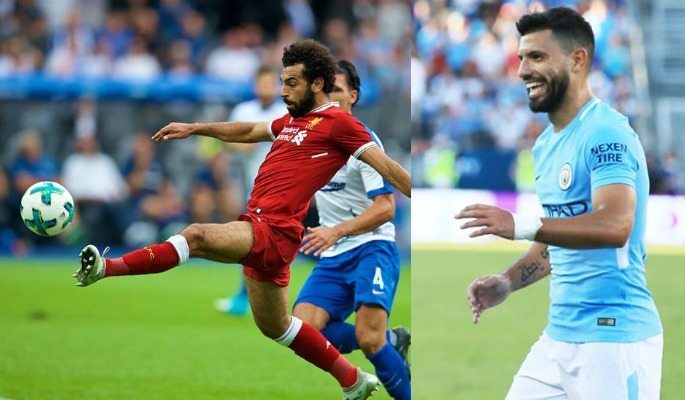 Liverpool (19), Manchester United (15), and Brighton (14) are the Premier League’s top scorers in pre-season.

However, it is Man City who have the best goals per game ratio, averaging 2.5 per match. Liverpool follow on 2.4, while the next best three are all of the newly promoted teams.

Contrastingly, Watford (0.8) and Leicester (0.9) struggled more in front of goal during pre-season. Will these trends continue?

So, can Chelsea defend their Premier League crown this season? Or will one of the free-spending Manchester clubs claim the 2017/18 title? DESIblitz speaks to three British Asian football fans to hear their thoughts. 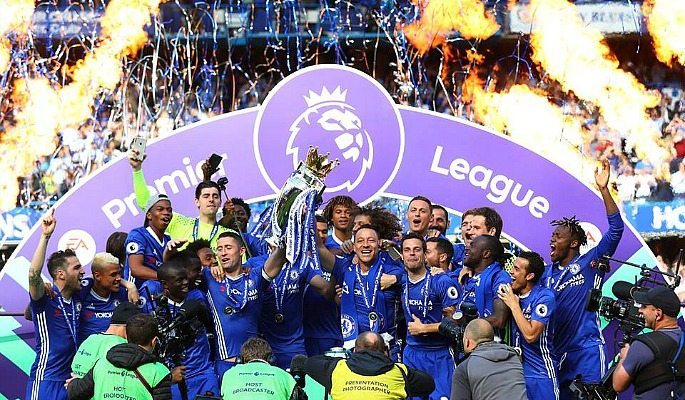 Arsenal fan, Ryan, says: “We’ll do better than last year which was a bit of a disaster. If we can keep our key players fit, then Arsenal can challenge for the Premier League title. But if we don’t win it, Chelsea will be the 2017/18 Premier League champions.”

However, United fan, Gurjinder, believes that the Premier League crown will go to Manchester. He says:

“I think Manchester United will win the league because the spine of the team is now solid and complete. Goals will be flowing for Lukaku with Pogba creating for him. But Man City have bought well, though, and will provide a tough challenge.”

But the grassroots footballer, Lovepreet Singh, believes Liverpool have the potential to have a great season.

He says: “The 2017/18 Premier League will be a fantastic season for Liverpool. After a great pre-season, hopefully, we can carry that form into the season and achieve great things. The squad depth is better this year, and I would like to see us push for the title and win a trophy.”

Who will you be backing to lift the 2017/18 Premier League trophy? Be sure to keep up to date with the best football league in the world when it kicks-off on August 11, 2017.

And if you want some extra football excitement, why not play some Fantasy Premier League against us at DESIblitz? Check out our 2017/18 Fantasy Football Tips and Tricks and join our special, free league!

Images courtesy of the Official Facebook pages of all Players and Teams shown.