Fantasy Football Tips and Tricks for 2017/18

Ahead of the new Premier League season, DESIblitz gives you all the fantasy football tips you need for 2017/18 and invites you to join their special league!

"He only costs fantasy football managers £5.0m, but he's an expert set piece and penalty taker."

Are you struggling on who to choose for your latest dream team? DESIblitz is here to help as we bring you all the fantasy football tips you need.

We give you the details you need about brand new, exciting players to the game, and remind you about last year’s top performers.

Our fantasy football tips and tricks give you important details about the biggest bargains in this year’s game and also explain which players to stay away from due to injuries and suspensions.

Do you think you have what it takes to be a winner? If so, then join our special DESIblitz fantasy football league!

More details on how to join this fun, free, league comes at the end after all of our fantasy football tips and tricks.

All of the player prices in our fantasy football tips come from the free game site, fantasypremierleague.com, which gives users a £100m budget. 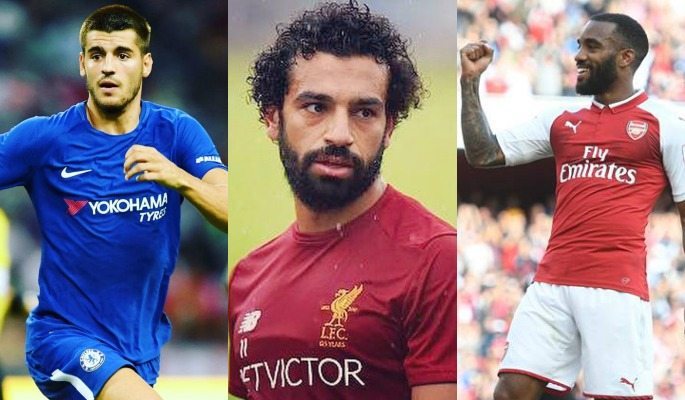 It’s been an incredible summer of spending so far in the English Premier League. With top footballers arriving from all around the world, there are loads of exciting, new, players to choose.

Danilo (£5.5m) put in a man-of-the-match performance as City beat Premier League rivals, Tottenham, 3-0 in a recent friendly. It is likely, though, that Benjamin Mendy (£6.5m) will be Man City’s first choice left back for the 2017/18 season. 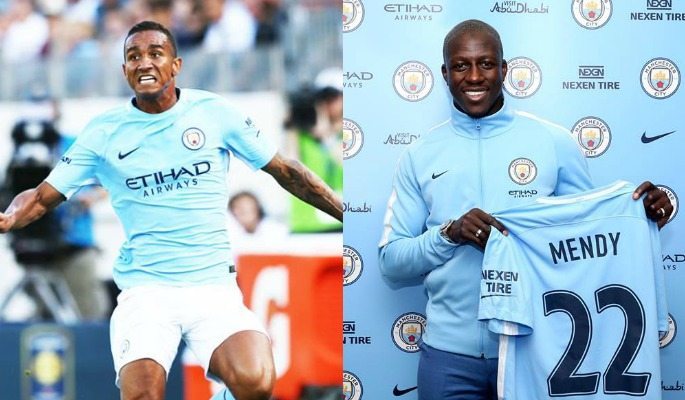 England Under-21 International, Will Hughes, makes the step up into the Premier League from the Championship. The midfielder is a cheap £5.0m.

Several high-profile forwards join the Premier League for the 2017/18 season. Arsenal are expecting their new signing, Alexandre Lacazette (£10.5m), to score plenty as he leads their front line.

Cheaper alternatives are available, though. Sandro (£7.5m) for Everton and Chicarito (£7.0) look great value for money in the game.

Will you have any of these summer signings in your team? Or do you prefer to stick with players who have Premier League experience? 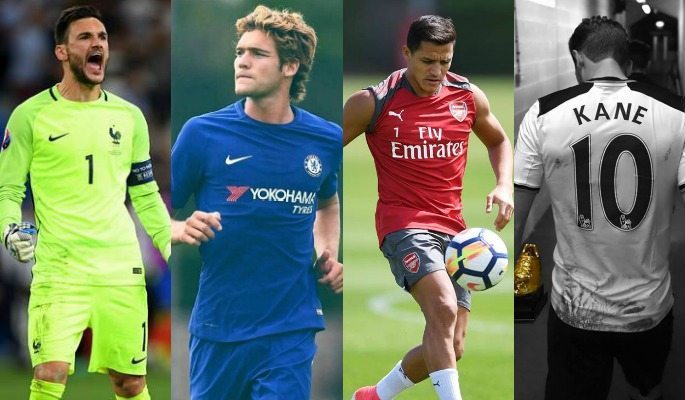 Do you know which players did the best in the 2016/17 edition of fantasy football? DESIblitz’s fantasy football tips give you the top players in each position from their performances last season.

Our fantasy football tips suggest choosing defenders who can contribute going forward while also keeping out the opposition.

Beware, though, they are expensive. Kyle Walker and James Milner are £6.5m, while Leighton Baines is £6.0m.

But there is great uncertainty around the future of Sanchez, while Hazard will miss Chelsea’s opening games due to injury. The DESIblitz fantasy football tips advise you to look at the cheaper midfield options of Alli and Eriksen (£9.5m), or Liverpool’s Coutinho (£9.0m). 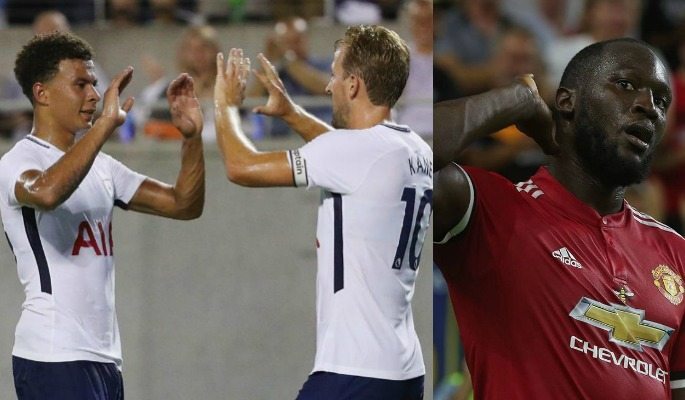 Romelu Lukaku (£11.5m) wasn’t too far away from Kane in the fantasy points chart, with 221 points. But our fantasy football tips suggest that total could improve after his big money transfer to Manchester United.

With so many creative players behind him, Lukaku is sure to score plenty of goals and fantasy points.

The Spurs forward averages a goal every 116.9 minutes. That’s the third best strike rate ever in the Premier League. 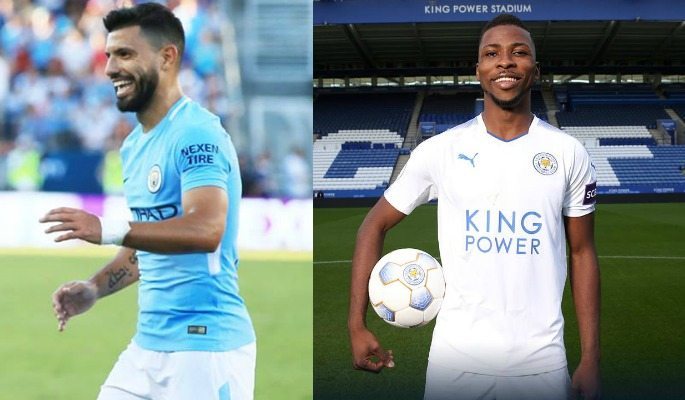 Iheanacho, though, is now a Leicester City player after finalising his transfer from Man City. Will he be able to replicate his form there? At just £7.0m our fantasy football tips think it could be worth the gamble.

Alexis Sanchez (£12.0m) and Eden Hazard (£10.5m) are once again the most expensive midfielders. But with transfer talk and injury affecting them both, Kevin De Bruyne could be a safer option at £10.0m.

Marcos Alonso is the game’s most expensive defender at £7.0m. But Chelsea are openly pursuing the Juventus left-back, Alex Sandro, and his arrival would put Alonso under great pressure. 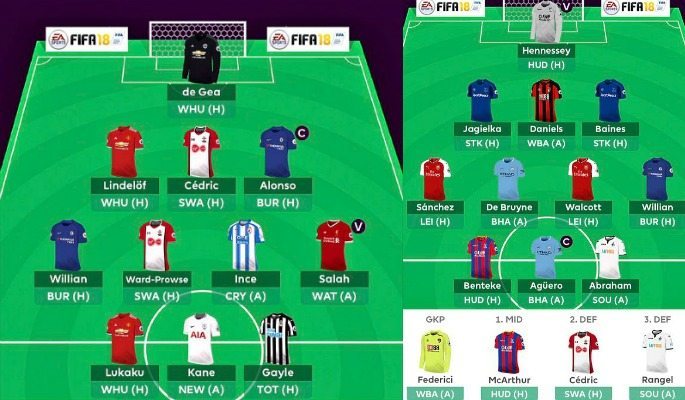 Petr Cech, David De Gea, Ederson, Courtois, and Lloris are the most expensive goalkeepers at £5.5m.

Fantasy football is all about spending your budget of money smartly. So DESIblitz offers you advice on who could be the cheapest surprises of the 2017/18 season.

West Bromwich Albion’s Ben Foster is only £4.5m, and, like Hart, offers a cheap and reliable goalkeeping option.

As our fantasy football tips explained, defenders who score or assist are priceless, which is why they are so expensive.

However, Gareth McAuley and Alfie Mawson are two prolific goal scoring centre backs. Both are cheap defensive options for your team at £5.0m.

Nemanja Matic recently joined Manchester United, and is only £5.0m. But our fantasy football tips suggest investing on his teammate, Paul Pogba (£8.0m). With Matic behind him, Pogba will have more licence to attack and should comfortably improve on his 115 points from the 2016/17 season.

Xherdan Shaqiri is yet to reach his full potential at Stoke, and that’s why he is only £6.0m in 2017/18. Can the gifted winger show his quality this season?

But midfielders who will certainly surpass that mark will be wearing Crystal Palace shirts.

Despite excellent performances in 2016/17, Wilf Zaha is still only £7.0m. And his club teammate Andros Townsend could also enjoy a productive season. 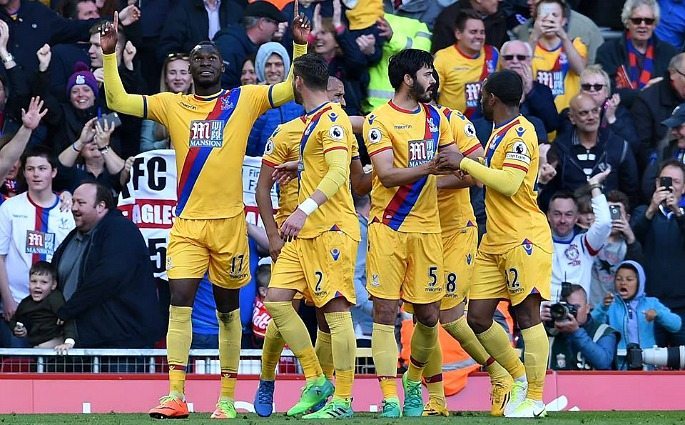 With Christian Benteke (£8.0m) to aim for in the box, the Palace wingers could help themselves to plenty of assists.

But a Palace midfielder who can score plenty himself is Luka Mililojevic. The Serbian only costs fantasy football managers £5.0m, but he is an expert set piece and penalty taker.

Injuries and Suspensions to Beware

Several big name players will miss the beginning of the 2017/18 season due to injury or suspension. DESIblitz’s fantasy football tips tell you which players to keep out of your team to begin with.

Nathaniel Clyne (£5.5m) is highly unlikely to begin Liverpool’s opening game of the season due to a muscle injury. The £4.5m youngster, Trent Alexander-Arnold may deputise in the position. 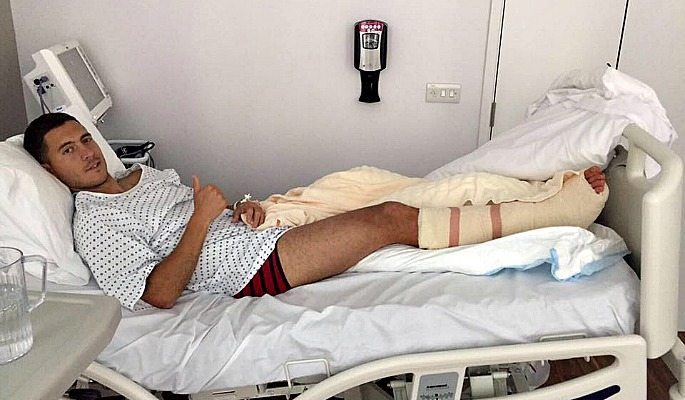 Chelsea’s Eden Hazard (£10.5m) is out of action until at least September due to his ankle injury. His teammate, Pedro (£8.0m), is also a doubt after suffering multiple fractures on International duty.

Our fantasy football tips suggest that the Brazillian winger, Willian (£7.0m), may well be your answer.

Defenders, Victor Moses (£6.5m) and Laurent Koscielny (£6.0m) are both serving suspensions. Moses only misses Chelsea’s first game, while Koscielny is due to return for Arsenal on August 27. 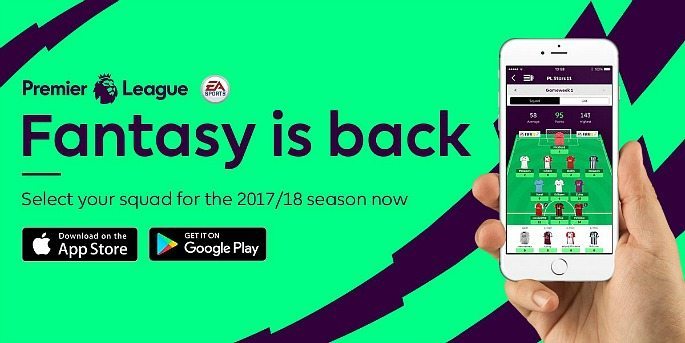 With all of those DESIblitz fantasy football tips to take aboard, you’re ready to join our unique league.

We have created a fun, free, fantasy football league for all of our DESIblitz readers and fans to join.

Do you think you can beat all of us here at DESIblitz? Follow these instructions to join our league and find out for yourself.

From then, you can only make one free transfer a week, any more costs you 4 points. Be sure to also choose your captain of the week carefully. Captain’s score double points.

Here’s how to join our free DESIblitz fantasy football league:

1) Open this link to Fantasy Premier League in a new tab, and click ‘Sign Up Now’ on their homepage.

3) Confirm your email address (this may take a couple of minutes).

4) Now you are ready to choose your squad of 15 players for a budget of £100m. You can click the ‘Auto-Pick’ option if you need help picking players.

5) Click ‘Enter Squad’ once you’ve perfected your team. Then you can choose a fun team name!

We look forward to seeing you in our league ahead of yet another exciting Premier League season. Here is another example team to help you choose yours. Best of luck in your 2017/18 fantasy football season. 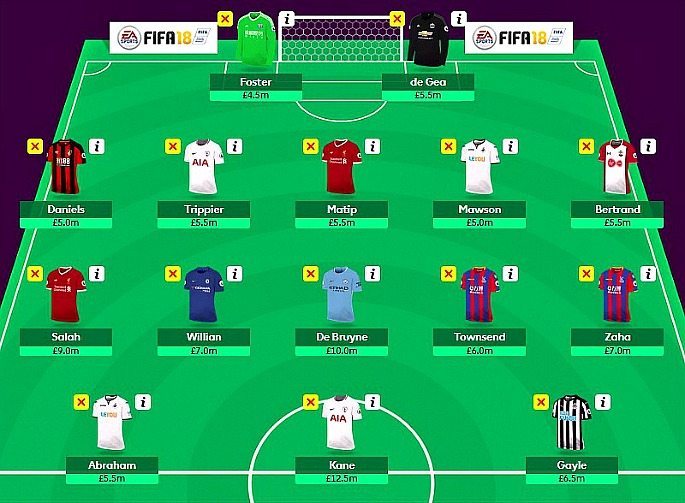 Images courtesy of the official Facebook and Twitter Pages of Fantasy Premier League, and all of the players shown, and their respective football teams.