It was yet another breath-taking game of Premier League football as Arsenal and Liverpool drew 3-3 at the Emirates Stadium on December 22, 2017. Here’s what our DESI Fans thought about the encounter.

"Scoring three goals is usually enough to win games, but we let ourselves down."

Six goals and six breathless minutes of Premier League football. Our DESI Fans give their thoughts about a sensational 3-3 draw between Arsenal and Liverpool on December 22, 2017.

Philippe Coutinho put Liverpool ahead after 26 minutes with a looping header from a deflected Mohamed Salah cross. But misses from Roberto Firmino, Sadio Mane, and Salah meant that despite dominating, Liverpool could not extend their lead.

Liverpool, though, did go two goals to the good soon after the second-half restart. A swift counter-attack led to Salah bending an effort past Petr Cech in the Arsenal goal to make it 2-0.

But that goal was the beginning of an unbelievable six minutes of football as Arsenal completely turned the game around.

With boos from the home fans still ringing around Arsenal’s Emirates Stadium, Alexis Sanchez got one back for the Gunners. The Chilean beat Joe Gomez to head in Hector Bellerin’s deep cross and put his side back in the game.

And, incredibly, Arsenal went ahead a minute later. A neat one-two between Mesut Ozil and Alexandre Lacazette put the German through on goal, and he made no mistake in delicately chipping over Mignolet.

Firmino later brought Liverpool level again with a powerful effort which Cech perhaps could have done better to keep out. Neither side could score a winner, though, as both teams left with a point.

So what do our DESI Fans think about this breath-taking match? DESIblitz speaks to British Asian Liverpool supporters Bilal, Sophie, and Tima, and Arsenal fans Jaskiran and Pav to bring you their opinions. 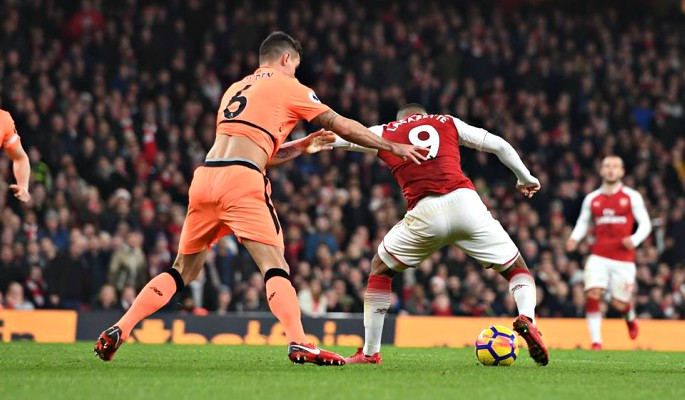 The ‘Fab Four’ of Coutinho, Firmino, Mane, and Salah are responsible for 26 of Liverpool’s last 31 goals. And all four of the stars started against Arsenal in an attacking starting line-up.

Sophie says: “I think Liverpool’s team selection was set for attack and that’s what we did during the game.”

Despite being the away side, Liverpool took complete control of the first-half, producing wonderful attacking football.

Firmino twice came close to breaking the deadlock with headers. First, from an Andrew Robertson cross, the Brazilian was denied well at the near post by Petr Cech.

Moments later, from a similar position, Firmino directed his effort from Coutinho’s cross agonisingly wide of the far post.

But it was the smallest man on the pitch, Coutinho, who was able to put his header past Petr Cech. 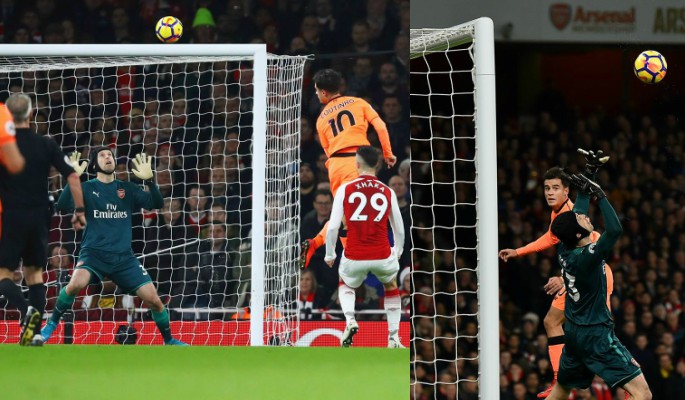 With Mohamed Salah bursting down the right-hand side, the Egyptian’s deflected cross fell perfectly for Coutinho to loop his header over the Arsenal goalkeeper.

About the goal, Tima says: “Our first goal was brilliant. It was wonderful, quick play before a clever header from our little magician [Coutinho].”

It could have been worse for Arsenal too as Firmino bent an effort narrowly over the crossbar. And just before half-time, it looked certain that Liverpool would go into the break 2-0 up.

An unfortunate slip from Laurent Koscielny put Salah through 1-on-1 with Cech, but the goalkeeper made a crucial save. The ball then fell to Sadio Mane who acrobatically volleyed over, when he could have taken more time before firing.

After the restart, with 52 minutes on the clock, Salah finished off a delightful Liverpool counter-attack to make it 2-0.

Arsenal fan, Jaskiran, says: “We were expecting to see a pacey, attacking, Liverpool team. And that’s exactly what we saw, but we still couldn’t cope.” 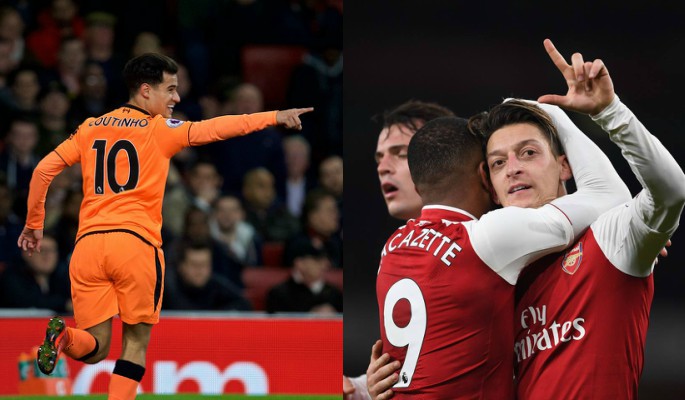 Liverpool’s defensive vulnerabilities, though, once again came back to haunt them. Bilal says: “Our scintillating attacking football was undone by poor defending.”

She says: “I would have dropped Sanchez after his recent poor performances and given Welbeck a chance after his goal mid-week.”

But it was Sanchez who started the crucial game, and it was the Chilean who got Arsenal back into the game.

“I barely had time to even celebrate Salah’s goal. I’m really disappointed with the nervousness in our defence after conceding. We literally fell apart for five minutes and it cost us massively.”

The crowd were now completely behind their Arsenal team sensing Liverpool’s nervousness.

Liverpool supporter, Sophie, says: “After scoring, we let Arsenal take too much possession and they took advantage of our weak defence.”

And when Granit Xhaka’s fiercely struck shot flew into the Liverpool net, Arsenal were level at 2-2. But it was to get even better, as just moments later, they were sensationally in front. 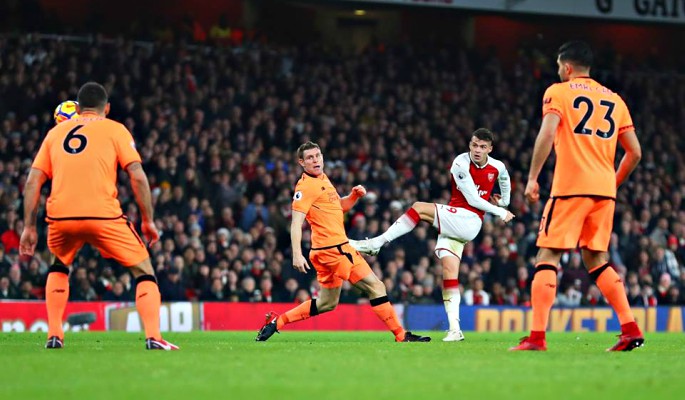 Mesut Ozil played a one-two with Alexandre Lacazette before beautifully chipping over Mignolet to spark wild celebrations around the Emirates.

While that was the end of a crazy six minutes, there was still time for Firmino to force an effort past Cech to make it 3-3.

And that’s how it ended with both teams taking a point. But Liverpool’s defensive errors once again deny the team victory.

Sophie says: “It’s yet another draw from a game which we should have won.”

The Reds have now lost 10 points from winning positions after surrendering leads against Watford, Newcastle, Chelsea, Everton, and now Arsenal.

Tima says: “We need to be more consistent at the back. One day it’s a clean sheet, then we let in three goals. We definitely need to address the defensive issues.”

But following a pulsating 3-3 draw, what are the overall verdicts of our DESI Fans? 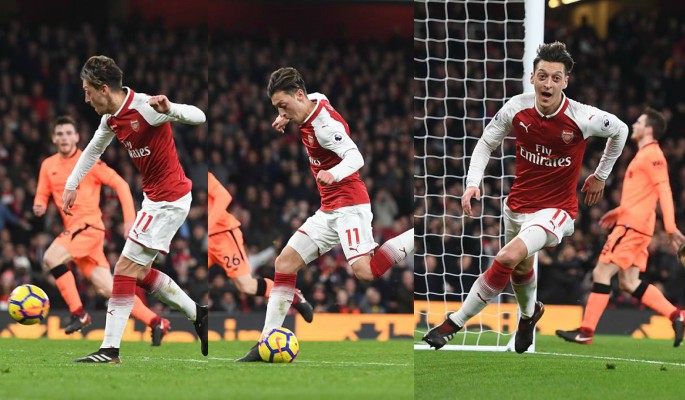 Speaking after the match, Arsene Wenger was proud of his players for their reaction to falling two goals behind.

He says: “The good thing is that we didn’t give up and the spirit in the team is absolutely fantastic. I’m proud of the players for the way we responded as it shows a strong mentality.”

Arsenal have now won 11 Premier League points [3 wins and 2 draws] from losing positions this season. But what do our DESI Fans think about their latest draw, 3-3 at home to Liverpool?

Pav says: “As usual we were much better in the second-half after a poor start. I’m happy with Arsenal’s comeback. We got the goals and got the draw after being all over the place in the first-half.”

Jaskiran similarly adds: “I’m happy with the result especially after a shocking first-half and coming from 2-0 down. A draw doesn’t change much in the Top 4 race. So I’m now hoping we’ll push on for those places in 2018.”

Once again, though, Liverpool DESI Fans are unhappy with the final result after possibly deserving more. 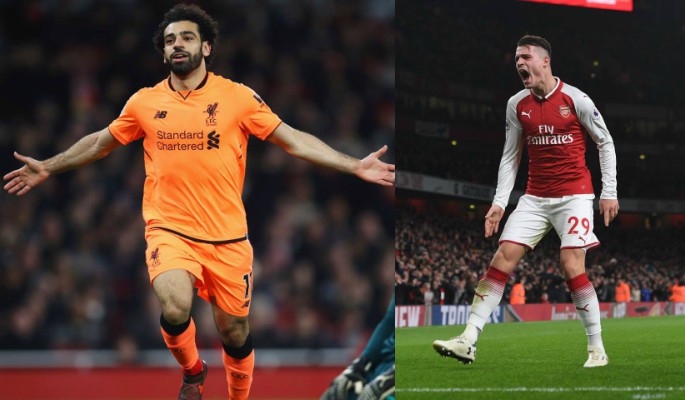 Tima says: “I’m absolutely gutted that we lost a 2-0 lead, but at least we didn’t lose.”

Sophie adds: “I’m not happy with the result at all. We’ve only lost two games all season, so these draws are killing us.”

Bilal, meanwhile, says: “Scoring three goals normally wins you games, but Liverpool let themselves down by conceding soft goals. So buying a defender is now a massive priority and our Top 4 hopes depend on it.”

Reassuringly for fans around the world, Liverpool have indeed made a world record signing in the days since the match against Arsenal.

Virgil Van Dijk will be joining The Reds from Southampton on January 1, 2018, in a deal worth £75 million. Will he be the answer to Liverpool’s defensive frailties?

Our DESI Fans have given us their opinions on a number of huge English Premier League matches so far.

They began with discussing Liverpool 0-0 Manchester United in October 2017. Then, following the release of the hit game, they gave us a DESI Fans review of FIFA 18.

And since then, they’ve also given us their thoughts on the huge December 2017 clashes between Arsenal and Manchester United, and Man United vs Man City. Follow the links to check out what they thought about the huge games.