DESI Fans: Talking the Best and Worst of FIFA 18

DESIblitz speaks to British-Asian football and gaming fans to bring you a full review of FIFA 18. Here’s what our DESI Fans think about the hit game.

"I definitely enjoy the game more than before and it is possibly the best FIFA so far.”

Since its worldwide release on September 29, 2017, FIFA 18 has proven to be yet another huge success.

Available on Nintendo, PlayStation, Xbox, and PC, millions around the world are playing the latest release in the FIFA franchise.

But how good is the latest edition in the FIFA game series? And more importantly, is it worth spending your money on?

DESIblitz once again brings you the thoughts of DESI Fans to help you decide whether you want FIFA 18.

After giving us their DESI Fans reaction to Liverpool vs Manchester United in October 2017, Aaron, Areeb, and Narinder are back to speak about FIFA 18. We also hear from Manchester City fan, Junaid.

These British-Asian football fans give their opinions on the best and worst parts of FIFA 18. They also rate the game out of ten to give you as honest of a review as possible. 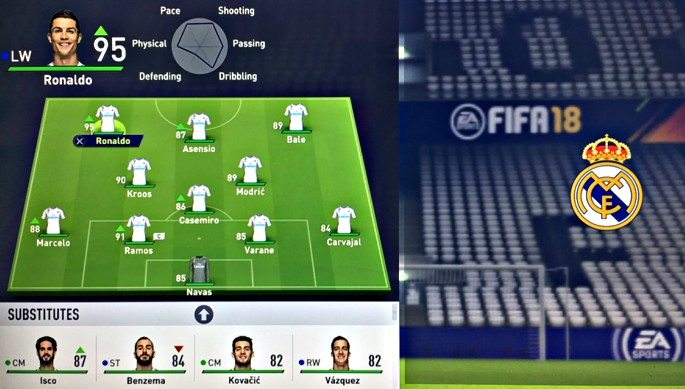 Real Madrid are the current European champions after beating Juventus 4-1 in the 2017 UEFA Champions League final.

Los Blancos are also one of the best teams to play as in FIFA 18. With an extremely strong overall squad and some of the game’s finest players, many gamers choose to play as Madrid.

Liverpool fan, Aaron, says: “The best team in the game is Real Madrid. They have some of the best players in the world in every position, including their substitutes.”

But does FIFA 18 favour pace and power over technique? Areeb, a Manchester United fan, believes so. He says:

“A problem with FIFA 18 is the overuse of teams who have fast and powerful players. Gamers often choose teams like Real Madrid and Manchester United. But slower, and more technical players, like David Silva, often get overpowered.”

Narinder, though, despite being a Manchester United supporter, often chooses to play with the Italian side, Napoli.

He says: “I often choose to play with Napoli because I really admire their real-life footballing philosophy. They also have the right players to execute it perfectly in-game too.” 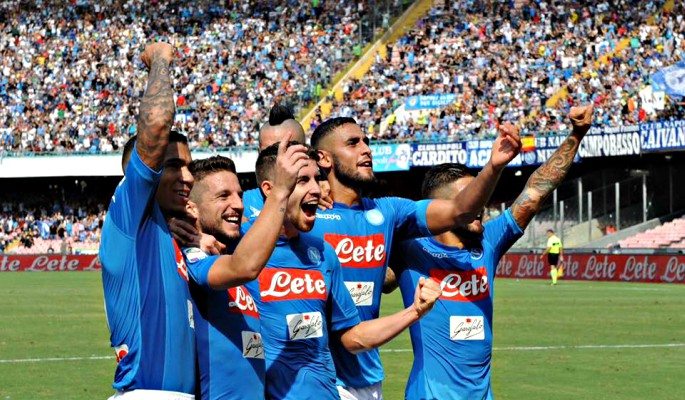 With few Napoli players blessed with the greatest of physicality statistics, it shows that the best team to play with often depends on your own FIFA gaming style.

So which do you prefer? The power of Madrid or Man United? The speed of Man City or Napoli? Or the intricate passing ability of Barcelona or Arsenal?

For many gamers, it is specific players who influence their choice of team.

Footballing idols such as Cristiano Ronaldo may encourage people to choose to play with Real Madrid. And once again, the 2016 European Championships winner is the best player in the game with a rating of 94. 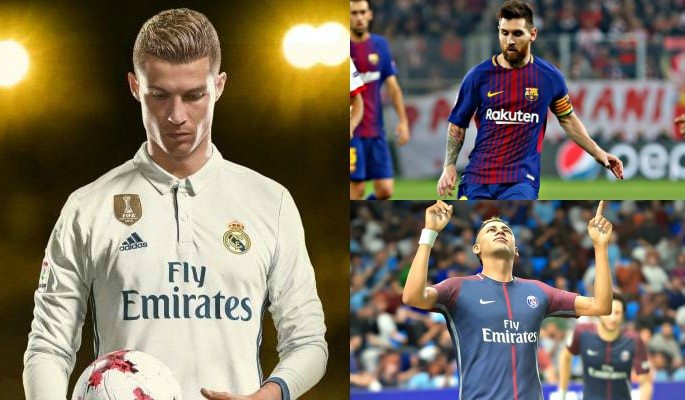 Ronaldo, though, edges ahead of Lionel Messi (93) and Neymar (92) in terms of player ratings. You can click here for a full list of the Top 10 Player Ratings in the game.

But Aaron, a professional footballer for Panjab FA and Khalsa Sports, respectively, believes that ratings have less influence on the game than before.

He says: “Too much scripting is in place to help lower rated players in matches. Key attributes such as pace count for little because my nan could catch Ronaldo if she was in the game.”

Narinder, who enjoys playing with Napoli on FIFA 18, names Marek Hamsik (below-left) as his favourite player in the team.

About his choice, Narinder says: “Despite the fantastic attacking trio of [Dries] Mertens, [Lorenzo] Insigne and [Jose] Callejon, Hamsik is my favourite Napoli player. He’s the heart of the team and the best for building attacks from deep. He’s even more lethal in the final-third, thanks to his 5-star weak foot and long shots.” 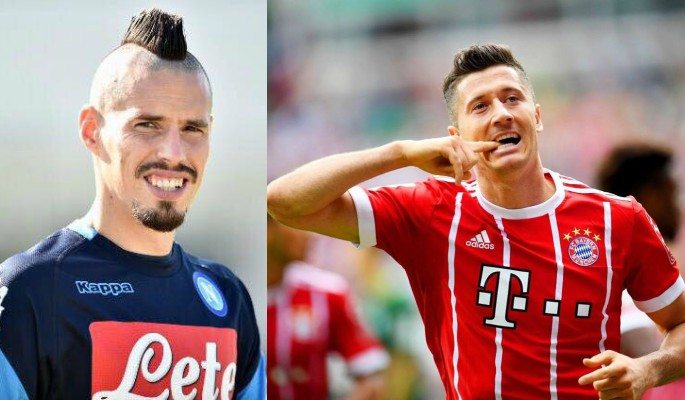 But there’s a star-striker (above-right) who Narinder believes is three world-class players rolled into one, making him his FIFA 18 favourite.

He says: “My favourite player in the game, though, is Robert Lewandowski, as it was in FIFA 17 too. He has the creativity of [Karim] Benzema, the physicality of [Cristiano] Ronaldo, and the goal-threat of [Gonzalo] Higuain.”

FIFA 18 players are enjoying the opportunity to continue controlling the career of Alex Hunter in The Journey mode. 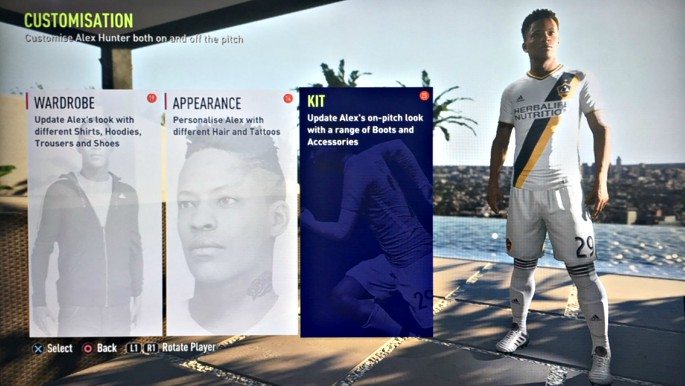 There have been major changes to stadiums and atmospheres in FIFA 18, too. Now, there is a significantly improved realism about matches. Supporters in the crowd are no longer the 2D blurs which they once were.

Updates have also been made to ball control, dribbling, crossing, and ball shielding in particular.

About these changes, Narinder says: “I love the new crossing which is now flawless. I also really like the threaded through-balls, which are beautiful to see executed well by players. Bravo EA.”

Real Player Motion Technology upgrades the animation of players, making them more responsive to matches. Meanwhile, improvements to game mechanics also mean there are now better options of how to score.

Click here if you want to find more details about the new features in FIFA 18. But what do our DESI Fans think of the changes?

Areeb says: ““FIFA 18 is the best FIFA in terms of gameplay. Stadiums, fan reactions and game physics have all improved.” 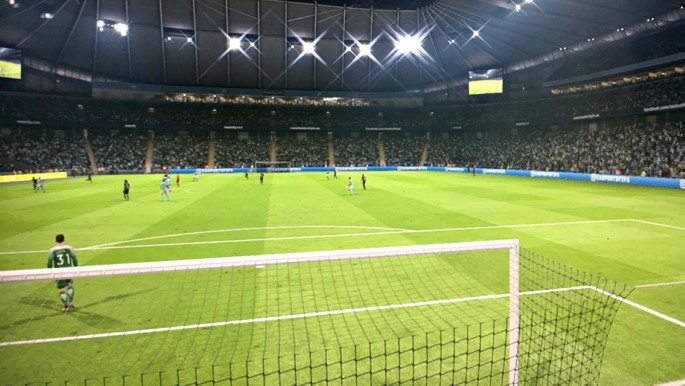 Junaid has a similar opinion. He says: “I feel there are particular improvements with the graphics, the servers and the game modes. Changes to the atmosphere in stadiums give FIFA 18 more of a realism.”

But surely the game isn’t perfect?

DESI Fans on Issues with FIFA 18

Our DESI Fans do have several issues with the latest FIFA game release. Aaron says: ““Consistent lag and connection issues in online gameplay is a major problem which needs to be addressed.”

But Areeb thinks differently. He says: “I can see definite improvements to online gameplay, particularly with frustrating lag issues. There are now fewer problems with connection, and that’s a huge beneficial change.”

And DESIblitz agrees. Our experience of FIFA 18 so far shows a big improvement with online connection. If you are having issues, be sure to check and test your broadband. 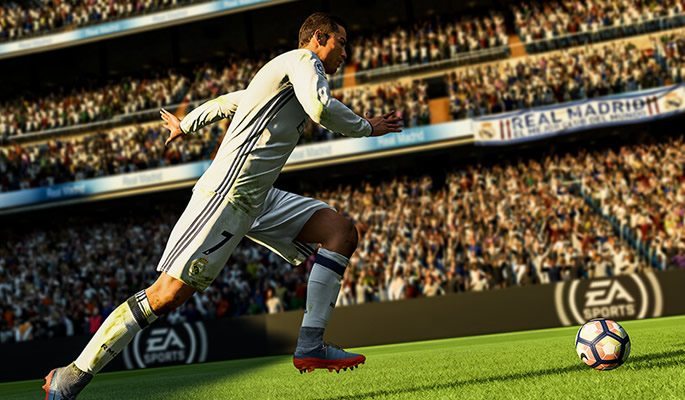 Areeb, though, does believe that further developments could be made to the Career and Pro Clubs game modes. Speaking specifically about Career Mode, he says:

“It features very few meaningful changes. New stadiums, manager faces and cut scenes weren’t what the majority of career mode users wanted. It’s also unrealistic to see ‘bigger clubs’ in the bottom half of the table, while ‘smaller teams’ challenge for European places.”

Hopefully, FIFA 19 can address these issues to make career mode as realistic as possible.

Narinder, meanwhile, finds fault with the ease of passing. He says: “In FIFA 17 players would rightfully lose balance when attempting really difficult passes. But in this version, that happens less often meaning that FIFA have made it easier.”

While this was true, a recent FIFA 18 patch has addressed the problem. Aimless passes are now much less likely to reach their target as they will have reduced ball speed and accuracy. Passing is now more dependent on having the right angle and position to make the pass.

So, essentially, with two of our DESI Fans’ problems solved, FIFA 18 is proving to be a good game. But how do these British-Asian football fans rate it?

Despite many small changes contributing to the overall development of the game, improvements can still be made. Here are the verdicts of our DESI Fans:

Junaid: 8/10 – “Because it is a better overall game with improved realism.”

Narinder: 9/10 – “Crossing, shooting, and certain aspects of passing have improved so much. I definitely enjoy the game more than before and it is possibly the best FIFA so far.”

Ultimately your experience of the game depends on your style of gaming.

FIFA 18 is definitely more of a tactical experience which rewards your understanding of the beautiful game. And here at DESIblitz, we believe it is worth investing in.

If you’re still unsure or perhaps considering buying Pro Evolution Soccer 2018, check out this comparison of FIFA 18 and PES 18. Or you can look into buying the game here.

Images by DESIblitz and courtesy of the Official Facebook Pages of PSG, Napoli, Leo Messi, Robert Lewandowski, and EA Sports.