Despite hosting the 2017 FIFA Under-17 World Cup, it was a disappointing tournament for India. DESIblitz looks at what went wrong and how they can improve.

The Under-17 World Cup in India is the best ever turnout for a FIFA youth event.

As hosts of the 2017 FIFA Under-17 World Cup, India were making their first-ever appearance in the tournament.

It is the first time that India have been a part of the World Cup finals at any age level. And it is also the nation’s first time in hosting an official FIFA tournament.

But their joy soon became agony as three straight defeats in the group stages meant India finished with no points.

DESIblitz takes a closer look at India’s performances at the Under-17 World Cup and considers where it all went wrong.

We also explain why there is reason for Indian fans to be optimistic about their national football team too. 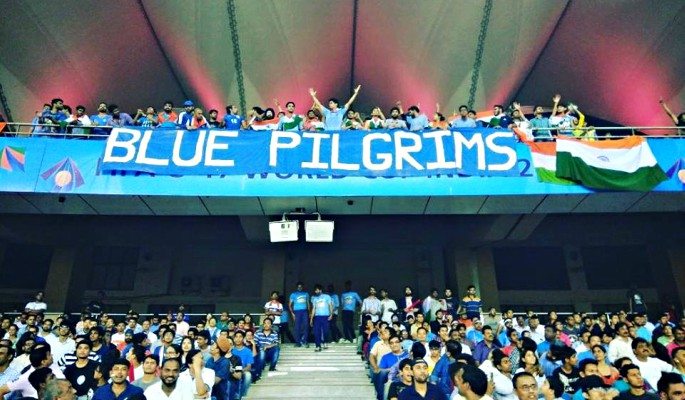 With India hosting the biennial competition, matches took place in beautiful stadiums and locations across India.

The final draw placed India in a reasonably tough, but still manageable, group alongside the United States, Columbia, and Ghana.

But India’s campaign got off to the worst possible start. A 3-0 defeat to the United States in their opening game meant their next game against Columbia was a must-win.

Despite setting-up a tense finale by scoring an 82nd-minute equaliser, India conceded again a minute later to lose 2-1. India then lost 4-0 to Ghana in their final group game to conclude their World Cup debut.

So how did it go quite so wrong for the boys in blue? DESIblitz takes a look. 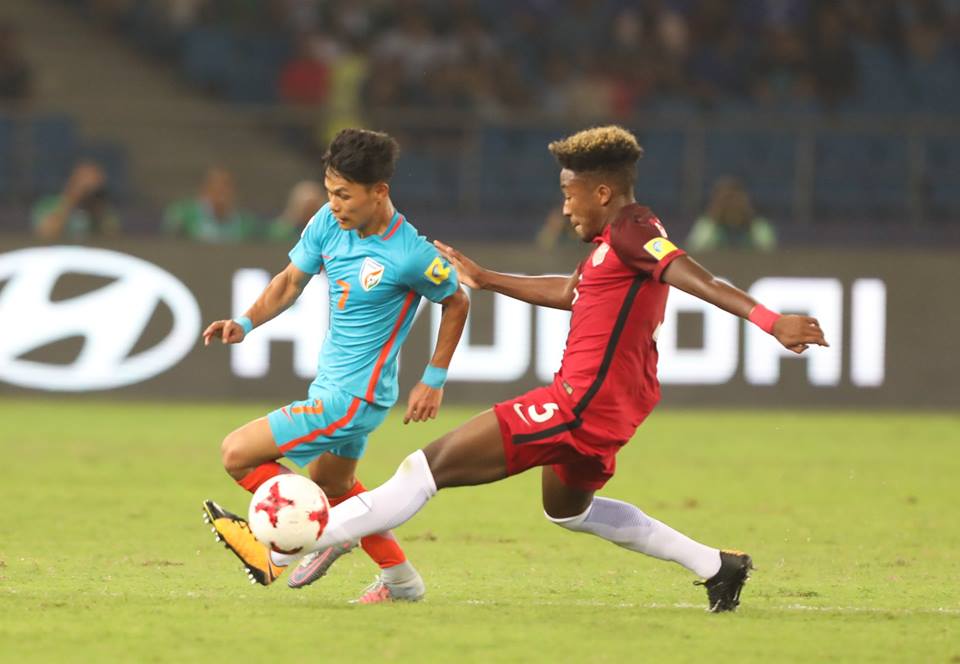 Over their three matches, India averaged just 39% of ball possession. Was this a part of their tactics or did the India U-17s simply struggle to keep the ball?

While possession does not determine a football match, it does allow the team with the ball to dictate the pace of the game.

By conceding possession, India’s opposition in each match had many more shots on goal than the boys in blue.

Over three games, the USA, Columbia, and Ghana had a staggering 65 attempts on India’s goal. By contrast, India could only manage to have 21 attempts at goal.

Nevertheless, it was never as one-sided as these statistics suggest, especially in the first-half of matches.

Physical and Mental Problems for India

Against the United States and Ghana, India were only 1-0 down at half-time. Meanwhile, against Columbia in their must-win match, the sides went into the break level at 0-0.

But this does point towards another possible problem for the India Under-17s. Is there an issue with their fitness levels? 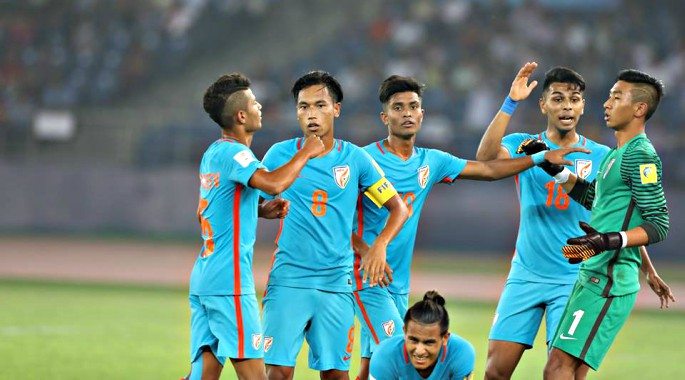 Of the nine goals that India conceded, seven came in the second-half, showing there could be an issue with fatigue.

Did India give everything in keeping out their opposition in the first-half of matches that they had little energy left for the second 45 minutes?

Often coming with tiredness and fatigue are problems with concentration. And India suffered several lapses in concentration at the 2017 Under-17 World Cup, especially in the first minutes of the second-half. 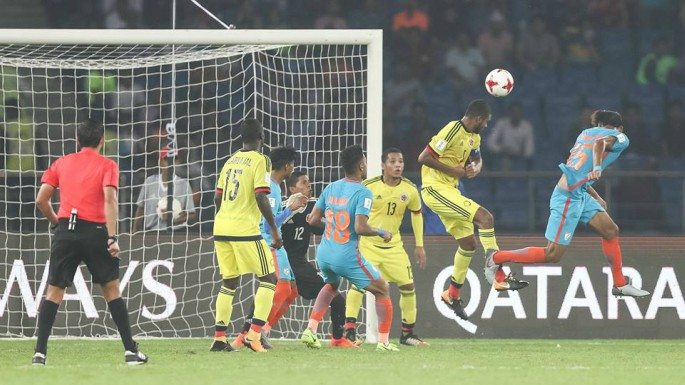 The United States (51) and Ghana (52) both scored their crucial second goals against India just minutes after the restart. Columbia, meanwhile, scored the vital first goal, in a must-win game for both sides, in the 49th minute.

Despite Jeakson Singh Thounaojam (pictured above) scoring a key goal for India to make it 1-1 against Columbia, the blues conceded again just seconds later.

Luck of the Draw?

The draw works with the 24 participating teams being split into 4 Pots based on their FIFA rankings. Each group at the FIFA Under-17 World Cup is made up of one team from each Pot.

As tournament hosts, India were named in Pot 1 for the draw. This means they were able to avoid top-ranked teams, like Brazil and Germany, in the group stages. 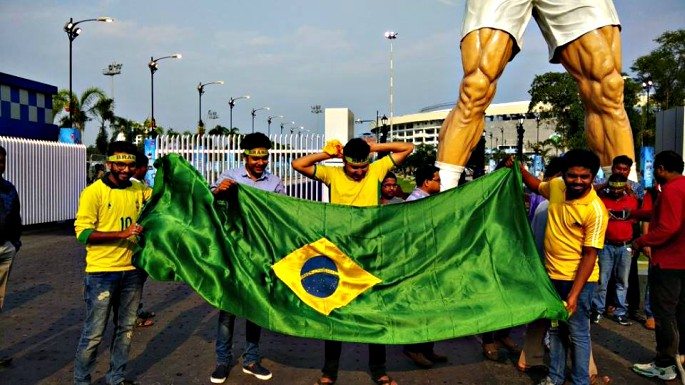 Unfortunately, though, India were still unable to progress from their group which also featured the United States (Pot 2), Columbia (Pot 3), and Ghana (Pot 4).

But could it have been a different story if the groups came out slightly differently?

India were not the only team in the tournament making their debut in a FIFA Under-17 World Cup. New Caledonia and Niger (both Pot 4) were also making their first appearances in the competition. 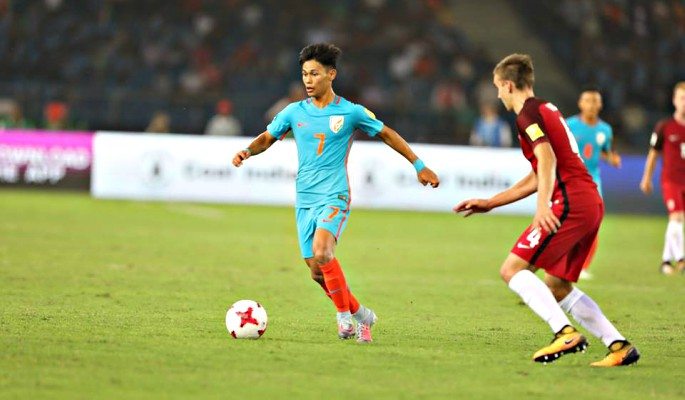 Niger lost out to India’s group winners, from Pot 4, Ghana, in the last 16. Meanwhile, after conceding 13 goals in the group stages, New Caledonia let in the most goals in the competition.

Honduras (Pot 3) were the only other team to concede more goals than India, as they let in 11 in their three games. North Korea (Pot 3), though, were the only side in the tournament to leave with no goals and no points.

So Honduras, North Korea, and New Caledonia could have been favourable picks from Pots 3 and 4 for India’s group.

New Zealand possibly represented the best India could hope for from Pot 2 which also featured the eventual tournament finalists, England and Spain. 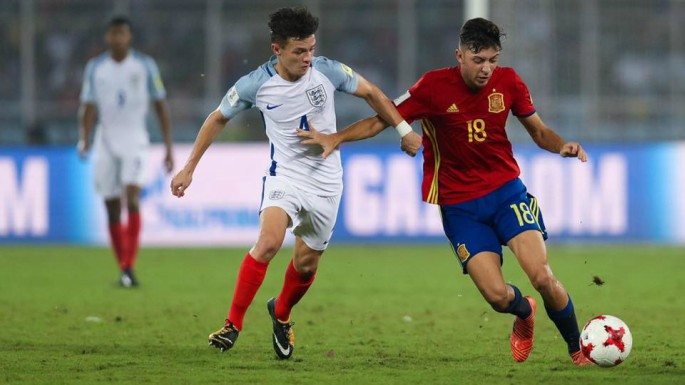 Even though India exited the competition prematurely, the FIFA Under-17 World Cup was still a wonderful event.

Eventually, it was two teams from Pot 2 of the draw to reach the final of the tournament. England and Spain produced an epic final, for 67,000 fans at the Salt Lake Stadium, Kolkata, on October 28, 2017.

Despite being 2-0 down to Spain after 31 minutes, England fought back to win the game 5-2.

A goal from Rhian Brewster, of Liverpool FC, just before half-time was crucial. England came out for the second-half in scintillating form. 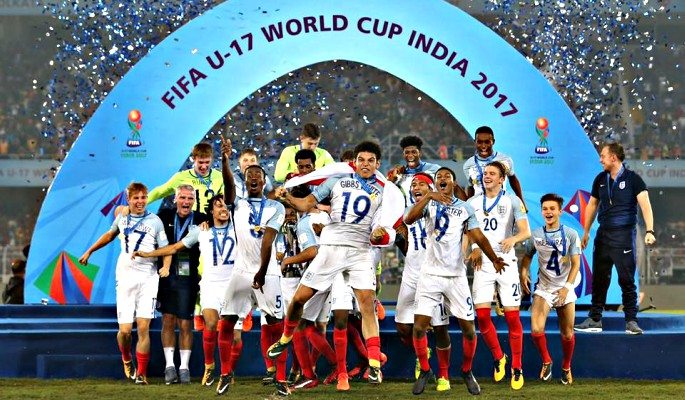 Marc Guehi gave England a two-goal lead in the final ten minutes before Foden took the game completely away from Spain by scoring England’s fifth after 88 minutes.

After such incredible performances, surely it will not be long before the two are called up to their respective first-teams.

And DESI Fans may well be talking about this young, English talent making a difference in their club’s biggest matches.

How can India improve? 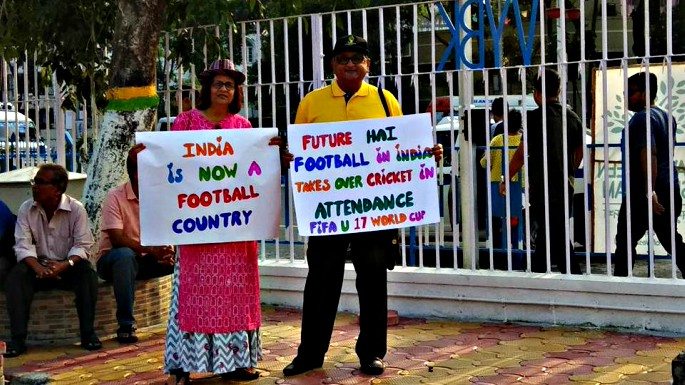 With an official total attendance of 1,347,131, the Under-17 World Cup in India is the best ever turnout for a FIFA youth event.

Despite India demonstrating their ability to successfully host a major competition, improvements must be made to their football.

Thankfully, things should be beginning to improve at a quick rate in the coming years. The Indian government are taking steps to make football become the ‘sport of choice’ in India.

And the legendary Liverpool FC striker, Ian Rush also believes that football in India is heading in the right direction.

With massive changes to domestic football in India also in place, it is certainly an exciting time for Indian football. But the biggest challenge that Indian football must overcome is the issue of age fraud and corruption.

FIFA recently suspended the Pakistan Football Federation due to ‘third party interference’. India must ensure that something similar does not happen with their national team.

However, should the India U17s qualify for the 2019 Under-17 World Cup, it could and should be a much better performance.