Pakistan bow out of the 2019 Cricket World Cup after the group phase of the tournament. We look at what went wrong for the ‘Green Shaheens.’

"I think the Australia defeat hurts me a lot."

It felt ‘so close, yet so far’ for Pakistan cricket fans as their favourite team did not make it to the semi-finals of the 2019 Cricket World Cup.

Despite Pakistan finishing level on eleven points with New Zealand, the Kiwis made the last four due to a superior run rate.

The Green Shirts had a mix world cup campaign, being as unpredictable as ever.

The first half was not very good for the Men in Green. Even though their second half was superb, they were relying on too many results going in their favour.

Had Pakistan made some better tactical decisions, taken a more aggressive approach, things might have gone their way.

Let’s take a closer look at why Pakistan just missed out on a semi-final place at the 2019 Cricket World Cup. 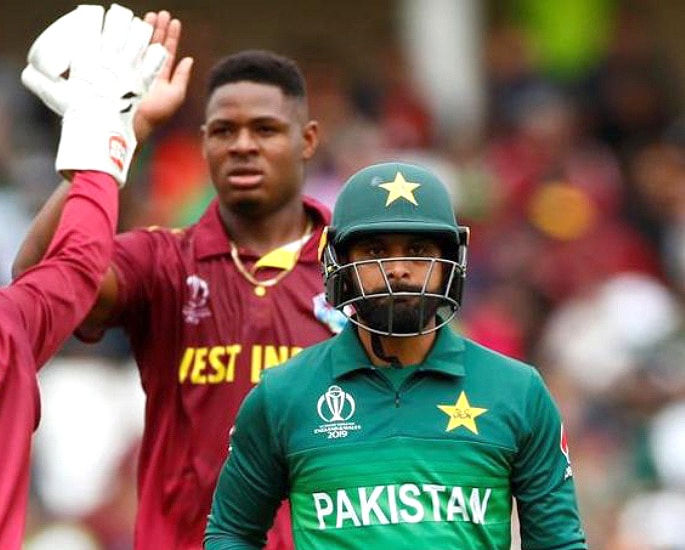 From the very beginning, the batting of Pakistan was fragile. The batsmen had the worst possible start against West Indies in their first group match.

This match itself has cost them a place in the 2019 Cricket World Cup semi-final.

To be all out for 105 was an awful performance – and that too in 21.4 overs. Despite losing a couple of early wickets, not playing the full fifty overs is like a major crime in cricket.

Their fourth group match loss to Australia was the big turning point according to Pakistan captain Sarfaraz Ahmed. Speaking at the pre-match press conference ahead of the Bangladesh match, he said:

“The turning point was the loss against Australia. We were in a better position to win that game but lost the way in the middle overs.”

Once Imam-Ul-Haq went for fifty-three, the team just fell apart. Over a week after the 41-runs defeat to Australia, an upset Imam did admit that he should have taken Pakistan to victory:

“I think the Australia defeat hurts me a lot. I was set and playing well.”

In all fairness, cricket is a team sport, which means contributions from all. As Mohammad Hafeez is a senior player, to get out by the part-time spin of Aaron Finch was not very responsible.

In two further matches, he was out to part-time spinners, Aiden Markram  (RSA) and Kane Williamson (NZL).

Despite Wahab Riaz almost pulling it off for Pakistan, it was not enough. And again Pakistan did not play their full fifty overs.

Had Shoaib Malik and Asif Ali even made twenty runs each, Pakistan would have comfortably won the match.

In the all-important match against India, after winning the toss Pakistan made the decision to bowl first.

This was a bad choice by Sarfaraz, especially knowing they cannot chase. Also, they had beaten England, the number one side in the world by batting first in their second match.

Pakistan lost to India by eighty-nine runs. Other than Babar Azam, Pakistan’s batting was not convincing in any match.

Hafeez and Malik were big flops of the tournament. The management’s decision to overlook Shaheen Shah Afridi and Haris Sohail for key matches did not go well with the critics as well.

Persisting with an out form Hasan Ali and Hafeez were other big blunders.

Opening batsman Fakhar Zaman who is very important at the top of the order did not click as well. 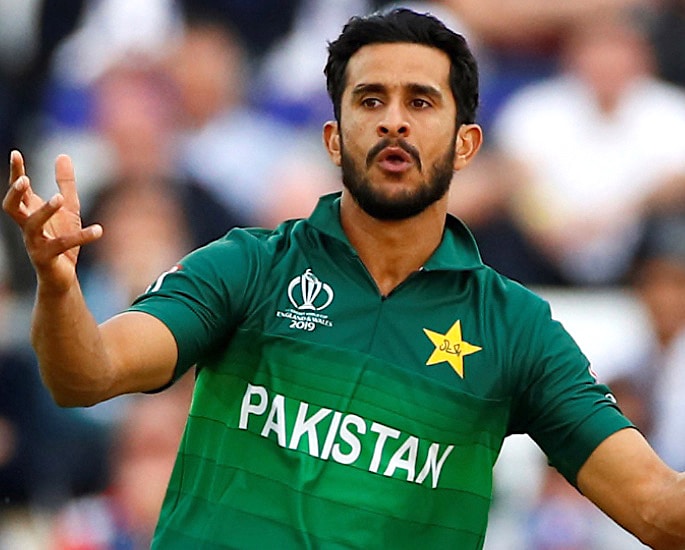 Rain, Run Rate and Other Results 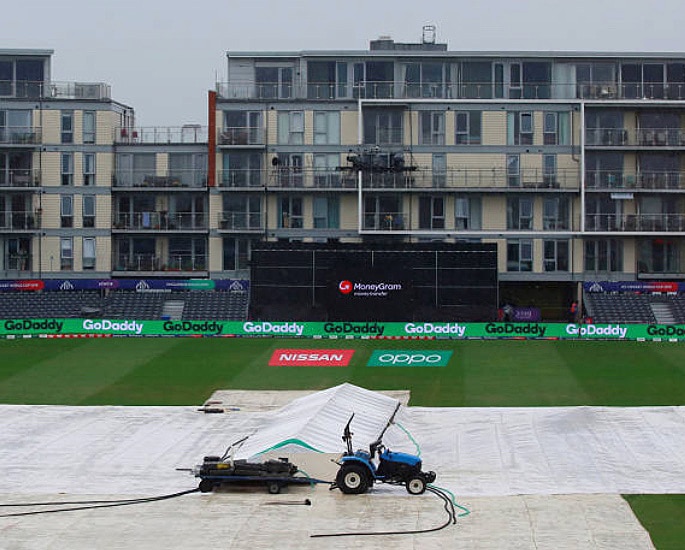 After Pakistan beat England by fourteen runs, the team was on a high. Little did they know that rain will spoil the party against Sri Lanka for their third game.

With no play on the day, both teams had to settle for a point. This one point certainly cost Pakistan a place in the semi-final.

Pakistan had full momentum going into the match against a weak Sri Lankan side. But the heavens had other ideas.

Barring any major upset or an exceptional Lasith Malinga show, the game versus The Islanders was guaranteed two points for the Green Shaheens.

But at the end of the day, rain pouring down is not in anyone’s control.

Besides the West Indies game, Pakistan had a great chance to boost their run rate during the wins against New Zealand and Afghanistan. But they showed no real intent to improve this.

Pakistan was heavily dependent on other results, particularly England losing one of their last two matches.

Earlier, had the last smash from Carlos Braithwaite of the West Indies cleared the ropes against New Zealand, Pakistan would have reached the semi-finals. 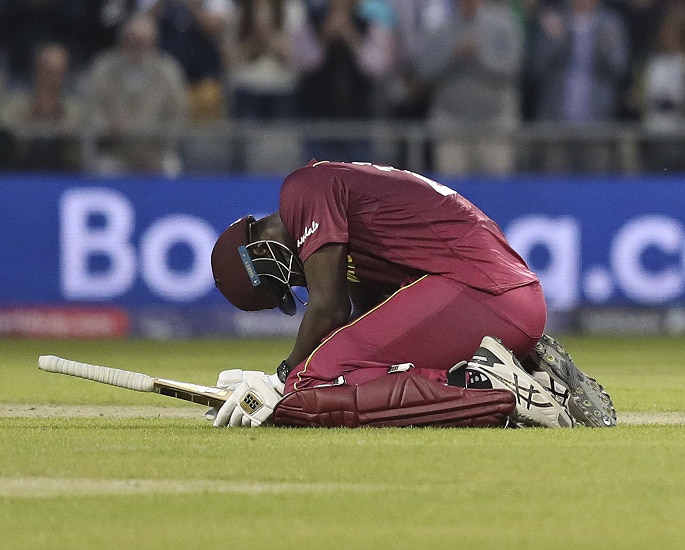 New Zealand made it into the semi-finals, courtesy of a better net run rate.

Some pundits including former West Indian fast bowler Michael Holding felt teams ending on the same points should first be decided on the head to head.

But each team understand the rules before the tournament. Having said that this is something, which the International Cricket Council (ICC) can look into for the future.

The Pakistan Cricket Board (PCB) will now review the performance of the coach, captain, team and selectors.

Despite Mickey Arthur improving the team and is very passionate about Pakistan cricket, he also has made some tactical errors.

If Pakistan opts for a coach from Pakistan, then Mohsin Khan is a great choice.

Likewise, there has been a cloud over the fitness of the honest Sarfaraz Ahmed.

Malik who had a poor show made his announcement of retiring from One Day International (ODI) cricket, following Pakistan’s exit from the tournament.

Sharing the news on Twitter, Malik put out tweeting thanking everyone:

“Today I retire from One Day International cricket. Huge Thank you to all the players I have played with, coaches I have trained under, family, friends, media, and sponsors.

“Most importantly my fans, I love you all.”

Today I retire from One Day International cricket. Huge Thank you to all the players I have played with, coaches I have trained under, family, friends, media, and sponsors. Most importantly my fans, I love you all#PakistanZindabad ?? pic.twitter.com/zlYvhNk8n0

Malik was given a guard of honour by his teammates, along with hugs from players and a round of applause from the spectators in the ground.

It was not all doom and gloom for the Pakistan cricket team.

The two major positives for the Green Brigades included the return of form for pacer Mohammad Amir and ‘Dhoom Dhoom’ Shaheen Shah Afridi being the youngest bowler ever to take a fiver in a world cup match.

He took 6-35 in Pakistan’s ninety-four runs crushing win against Bangladesh on July 5, 2019.

Whilst Pakistan fans will feel disappointed with not winning the 2019 Cricket World Cup, the future is bright for them.

With so many young players on the horizon, Pakistan will set their eyes on the 2023 Cricket World Cup, which will take place in India.