The Cricket World Cup 2019 collection has been launched on the offical store. The big question is will Pakistan be wearing a green-lime and yellow kit?

"I love the lime green theme with yellow. It looks funky."

The ICC Cricket World Cup 2019 official store shows the possible kit that Pakistan will wear for the mega event.

It seems that the International Cricket Council (ICC) are bringing back a similar design and theme for the 2019 kits.

Going by the images, Pakistan will wear a colourful kit as was the case during the 1992 Cricket World Cup.

However, the T-shirt on sale at the official store is the supporter’s version. The players kit may be similar or the same, but will have the sponsors logo on them.

The supporter’s T-shirt features two colours. It comes primarily in a green-lime colour with yellow strips on the shoulders and along the side of the T-shirt.

The T-shirt has a very retro look to it. At the top left and right of the T-shirt, the official logo of the 2019 tournament and the Pakistan cricket star crescent is visible.

This T-shirt will have a very symbolic meaning for supporters who wear it during the 2019 Cricket World Cup. 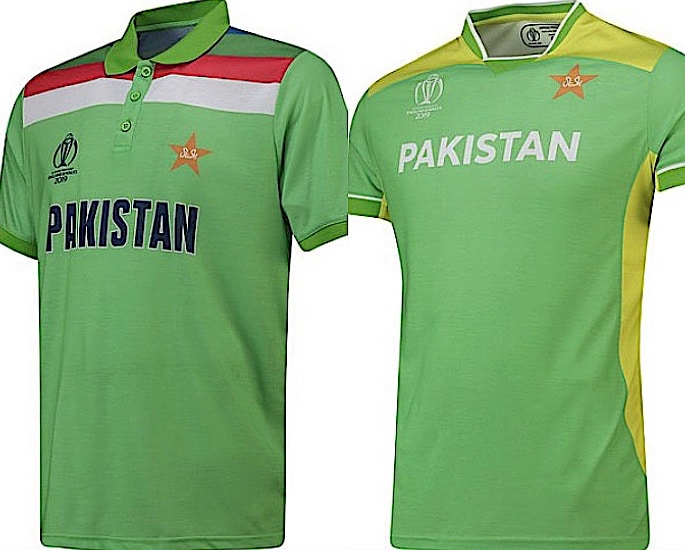 Sara Habib, a resident from Lahore exclusively told us about what she thought about the speculated kit:

“I love the lime green theme with yellow. It looks funky. I hope to wear it when I watch a match at Edgbaston.”

Other basic style T-shirt designs for supporters are also on sale, but they are all in green.

One design is a copy of the 1992 Cricket World Cup shirt, with the exception of the 2019 tournament logo on it,

This particular design will inspire the supporters of the Green Brigade as Pakistan won the 1992 event, defeating England by 22 runs in the final.

Supporters are also aware that the 2019 edition is a 10-team tournament like in 1992. So the 1992 influenced shirt could be a lucky charm for supporters and the Pakistan team.

Caps and hoodies are also on sale at the official store.

Meanwhile, the Pakistan Cricket Board (PCB) have made an announcement that the official kit sponsor for the Pakistan cricket team will be AJ Sports.

AJ Sports, founded in 1987, is an ICC approved manufacturer.

“We are pleased to announce AJ Sports as Pakistan cricket team’s kit sponsor for the ICC Cricket World Cup.

“The PCB has previously worked with AJ Sports and have been impressed with their equipment and clothing.”

“Record eyeballs are expected to follow the Pakistan cricket team at the ICC Cricket World Cup 2019 and the PCB is confident that through this sponsorship, AJ Sports will be able to cement their status as one of the major cricket brands.” 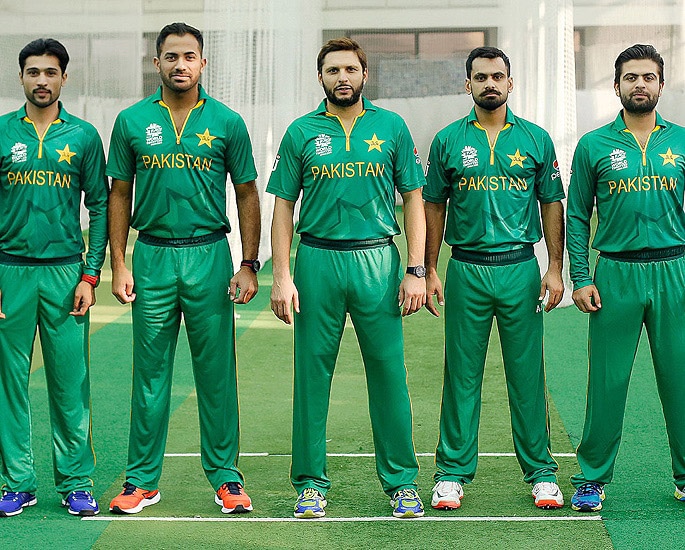 “It is a matter of great pride and honour for us to be associated with the PCB as sponsors of the Pakistan cricket team’s kit for the biggest cricket spectacle on planet.

“Pakistan team is one of the leading contenders for this event and we are happy to be associated with them in their campaign to regain the title for the first time since 1992.

“AJ Sports and the PCB have a strong relationship, which has strengthened and fostered over the years.

“We are hopeful that we will continue to remain associated with the Pakistan Cricket Board in the coming years.”

With the countdown for the quadrennial event already began, fans can purchase T-Shirts and other items from the official store of the ICC Cricket World Cup 2019 here.

5 Indian Players who could Emulate Sachin Tendulkar
Virat Kohli is No.1 Batsman ahead of Cricket World Cup 2019