Virat Kohli is No.1 Batsman ahead of Cricket World Cup 2019

The International Cricket Council have released the latest player rankings, with Virat Kohli retaining his No.1 spot going into the Cricket World Cup 2019.

"The Men in Blue are the second best team across fifty overs."

Indian captain Virat Kohli will go into the Cricket World Cup 2019 as the best One Day International (ODI) batsman in the world.

The International Cricket Council (ICC) released the latest rankings, ahead of the mega event, which takes place in England and Wales from May 30, 2019.

India is hoping to have a good run in the tournament as they dominate the rankings with both bat and ball.

The Men in Blue are the second best team across fifty overs. According to the ICC rankings, they also have two batsmen and three bowlers within the top ten.

Ace Indian star Virat Kohli holds onto his numero uno spot as the No.1 batsman in ODI cricket with 890 points. Opening batsman Rohit Sharma strongly comes in the second position on 839 points.

India’s Jasprit Bujmrah is leading the way in the ODI bowling rankings with 774 points. 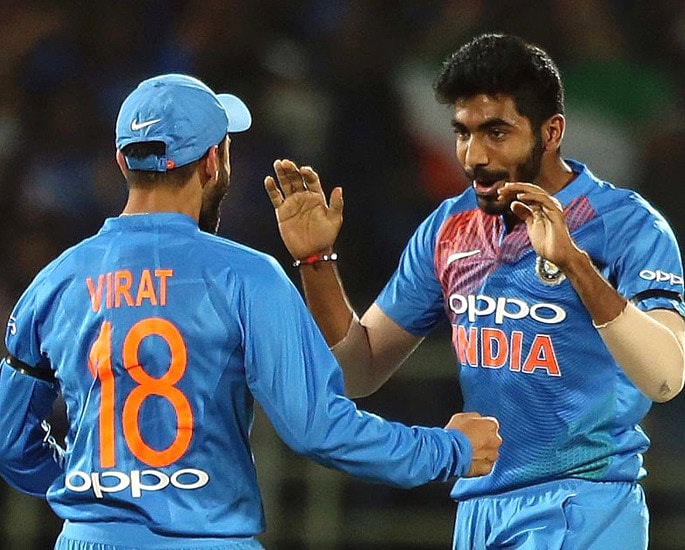 Shakib Al Hasan (Bangladesh) has moved twenty ahead of Rashid Khan (Afghanistan) in the all-rounder rankings with 359 points.

Surprisingly there is no Indian player in the top ten of the all-rounder rankings. Kedhar Jadhav comes the closest in joint 12th position with 242 points.

Despite India being dominant in the batting and bowling departments, the all-around position remains a little concerning.

Jadhav and the likes of Hardik Pandya will have to step up their game for India during the ICC Cricket World Cup 2019.

The biggest event on the cricket calendar will be held in England and Wales between May 30-June 14, 2019. Warm-up matches will take place ahead of the tournament from May 24, 2019.

India’s first warm-up match is against New Zealand at the Kennington Oval on May 25, 2019. They face Bangladesh in their second warm-up match at Sophia Gardens, Cardiff on May 28, 2019.

The men in blue jerseys will be hoping that their No. 1 batsman Virat Kohli continues to lead from the front with some excellent performances.