Pakistan registers their first victory in the Cricket World Cup 2019, defeating England by fourteen runs. The green team put in an all-round performance.

"I was just trying to play my natural shots."

Pakistan beat the No.1 One Day International (ODI) team England by twenty runs in the ICC Cricket World Cup 2019.

Pakistan went into the match against England at Trent Bridge in Nottingham on June 3, 2019, knowing they had to do the unimaginable.

After miserably losing to West Indies in their world cup opener, Pakistan came back strongly.

On a glorious day, England captain Eoin Morgan won the toss and decided to bowl first on a flat track. This was a good toss to lose for Pakistan skipper Sarfaraz Ahmed, with the wicket being a batsman’s paradise.

Pakistan made two changes, with middle-order batsmen Shoaib Malik and Asif Ali coming back in the final XI. Batsman Haris Sohail and Imad Wasim had to remain on the bench. 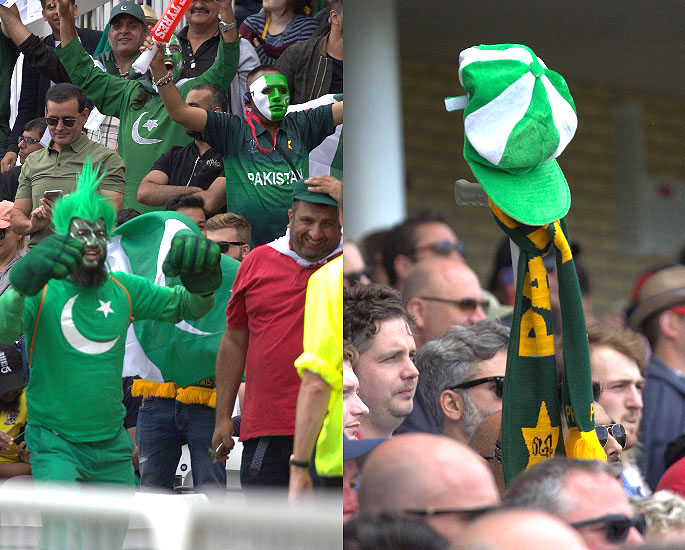 Both sets of loyal fans were in the ground to support their respective teams.

As an accredited media of the Cricket World Cup 2019, DESIbliitz highlights all the action and scores from both innings. 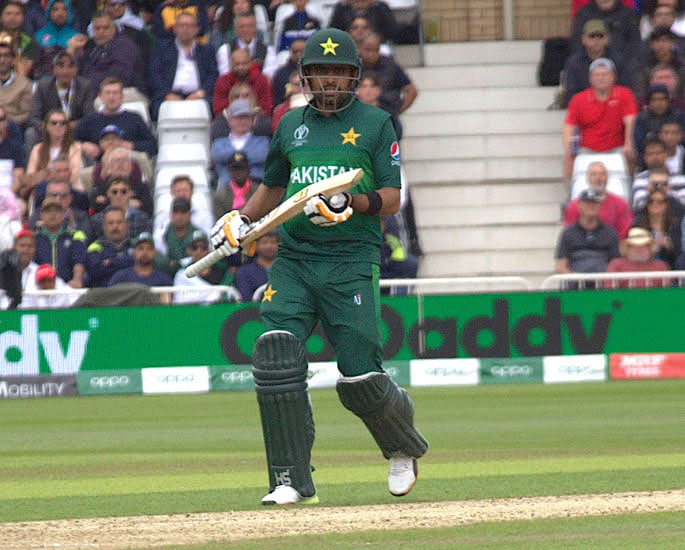 Just when Fakhar was getting going, he was stumped out by Jos Butler off Moeen Ali for thirty-six.

Whilst it was a close call, the TV replay clearly did show that some part of his foot was not behind the white line.

It was a great delivery from Moeen, as he managed to get some drift.

Imam (44) was next to go, caught brilliantly at long off by Chris Woakes. Once again Moeen was the man to get the wicket.

At the other end, the reliable Babar Azam hit a boundary and six off consecutive balls as 150 came up for Pakistan in 27th over.

After making his fifty and trying to push the score, Babar got out caught by a running Woakes from long on off Moeen.

Sarfaraz joined Mohammad Hafeez on the crease. Hafeez who had a reprieve early on when Jason Roy dropped him at long on enjoyed a good partnership with his captain.

But then Woakes took his third catch to dismiss Hafeez for eighty-four off Mark Wood. With England in a bit of disarray, Pakistan got to their triple hundred, whilst Sarfaraz reached his half-century by the end of the 47th over. 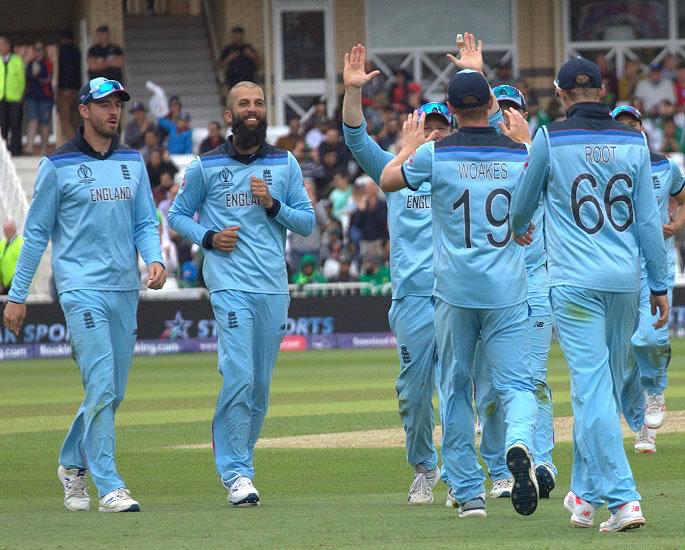 Dashing batsman Asif Ali was then brilliantly caught in the deep by John Bairstow off Mark Wood for fourteen.

Shoaib Malik came to the crease in a world cup match after twelve years.

A slower ball from Woakes was enough to send Sarfaraz back to the pavilion for fifty-five. Woakes took an athletic catch off his own bowling.

Wahab came ahead of Shadab to muscle the ball at the end. But having hit a four, he got a top edge to Root, as Woakes claimed his wicket.

Hasan Ali smashed fast bowler Jofra Archer for a fantastic six over long-off to keep in sight of a 350 target.

At the interval, the big talking point was England’s very sloppy fielding. 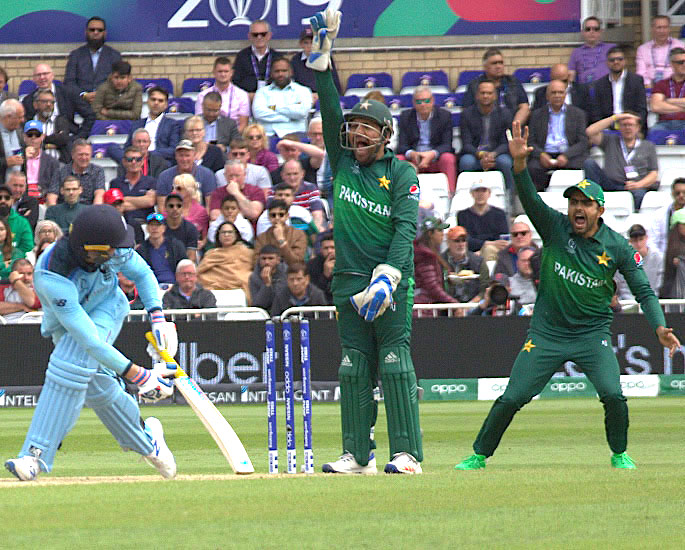 Pakistan could not have asked for a better start, Shadab Khan getting Jason plumb lbw for eight.

Joe Root was dropped on ten by Babar Azam off Mohammad Amir. Babar when moving to the left did get to the ball but could not quite grasp it.

But despite the setback, a lifting delivery from Wahab sent Jonny Bairstow packing as he was caught behind by Sarfaraz for thirty-two.

Eoin Morgan (9) followed suit as Hafeez clean bowled him with a quicker spin delivery. Hafeez was twirling his moustache in joy following Morgan’s departure. This was a crucial wicket for Pakistan

Root reached his fifty by the 19th over. But he still had a big job to do.

However, with Pakistan spinners bowling tidily at then both ends, Ben Stokes attempting to cut was caught behind off Shoaib Malik for thirteen.

England’s 150 came up in the 26th over, as Root and Jos Butler began building a partnership. Their fifty partnership came up in 38 balls.

Butler got to his half-century in the 31st over. The hundred partnership between Root and Butler came up in the 35th over.

Root made his hundred off 97 balls in the 38th over. But an over later, Root (107) was out to a soft dismissal, finding  Mohammad Hafeez at third man off Shadab Khan. This was a vital breakthrough for Pakistan. 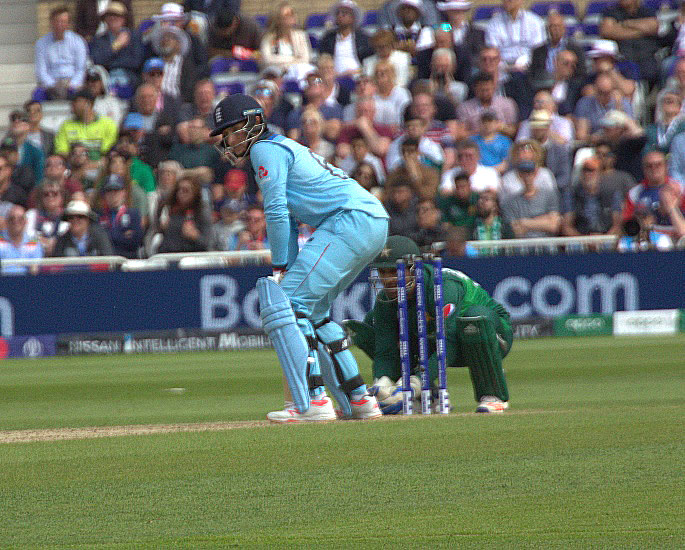 Butler made his first world cup hundred in the 45th over. This was the fastest century by an England player, beating Kevin Pietersen’s record. Butler’s century came off 75 balls.

Whilst Butler was on the crease, England still had a chance. But Mohammad Amir of the old came to the party as Butler top-edged an off-cutter, which went down the throat of Wahab Riaz at short third man.

The wicket of Butler was like the final nail in the coffin, with England struggling on 288-6. Joining Moeen, Woakes took to the crease, still requiring 61 off 33 balls.

Moeen (21) was absolutely clueless with the bat. Wahab took care of Moeen with a slow bouncer, which found Fakhar at backward point.

On the very next ball by Wahab, Sarfaraz took an easy catch behind the wicket to dismiss Woakes (21).

By now no one could keep Wahab out of the action as he took an excellent catch of Jofra Archer (1) off Amir. Despite Mark Wood hitting two 4s in the 5oth over, England fell short by fourteen runs.

This was a great comeback by Pakistan after their dismal performance against the Windies in their Cricket  World Cup 2019 opening game.

At the post-match Commenting about the entertaining match and the loss, Eoin Morgan said:

“Great advertisement for the tournament, but disappointed to be at the wrong end of the tight finish. We thought the target was under our grasp, Joe and Jos kept us in the game until the early 40th over.

“We were outfielded today and that was probably the different between the two sides. It was way below par and probably cost us 15-20 runs. They bowled well, they deserve to win.

“The difference was the fielding I’d say. I don’t think it’s a blip and some positives to take to Cardiff against Bangladesh 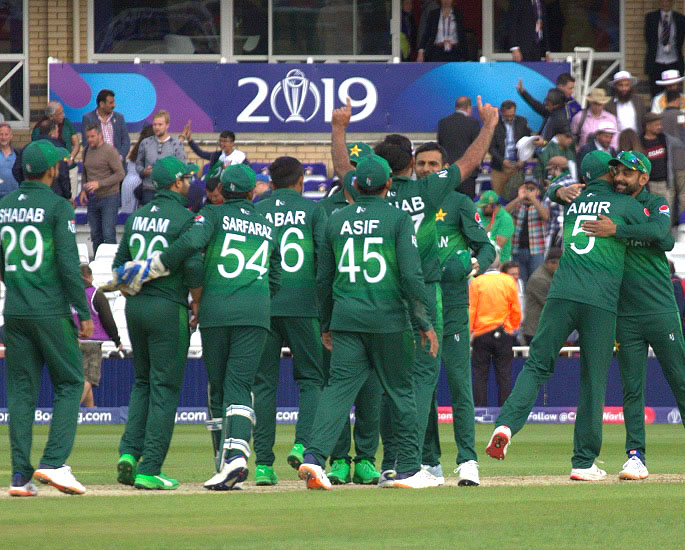 Acknowledging his team, opening with a spinner and mentioning the key difference, Sarfaraz Ahmed expressed:

“I think it’s a great team effort. Fakhar and Imam started well. The match starts at 10.30pm and the first ten overs is important.

“They got a good start and that’s why we got 350. We tried a few different things – we started with Shadab because they weren’t good against spinners. Fielding is an important part and it was the main difference. This gives a lot of confidence to the team.”

Mohammad Hafeez who was awarded the man of the match stated:

“Everyone believed we can do this. We’re really happy and everyone chipped in, taking the task and giving everything.”

“To be honest, we were very confident and we had a good meeting together. We just needed one winning performance.

“It was a total team effort. I was just trying to play my natural shots. Sometimes you have to take calculated risks and it worked for me today. Whenever we come to UK, we get good support. It’s like a home to us.

Watch highlights of this thrilling match: 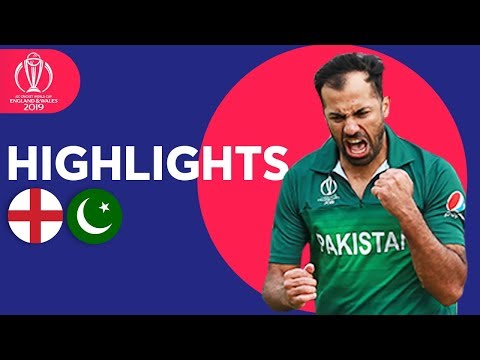 England’s poor fielding did not warrant a win.

With this victory, Pakistan has got their first two points at the Cricket World Cup 2019. The Green Brigade is likely to go with this winning combination for the matches ahead.

Pakistan will be banking on the inspirational young Shadab Khan and the aggressive Wahab Riaz during the remainder of the Cricket World Cup 2019.

Check out the gallery of images: 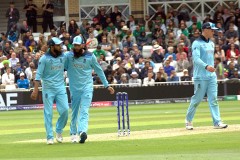 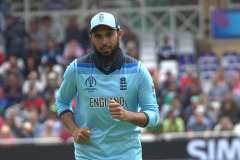 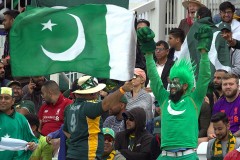 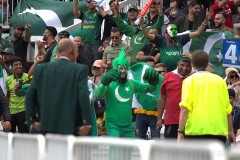 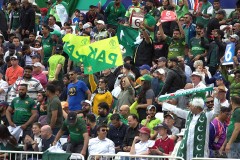 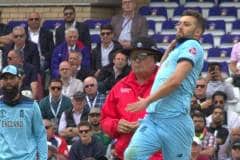 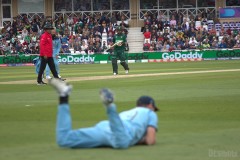 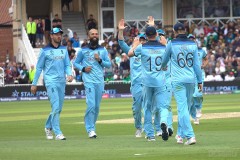 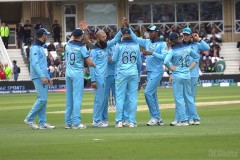 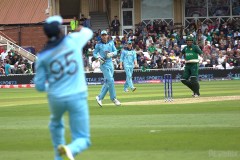 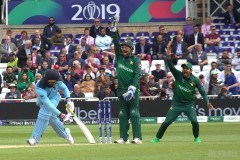 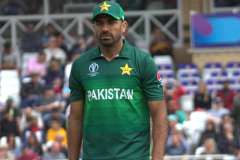 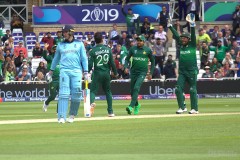 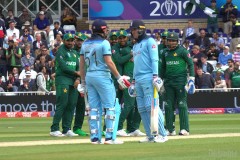 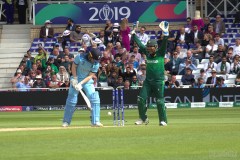 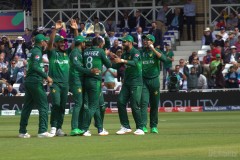 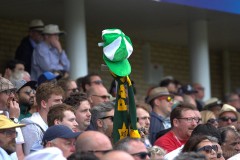 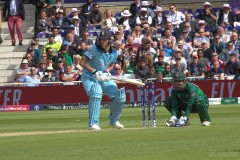 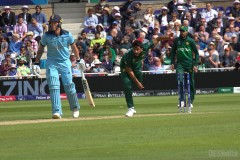 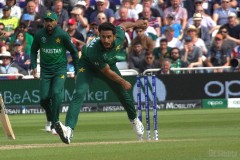 Faisal has creative experience in the fusion of media and communication and research which increase awareness of global issues in post-conflict, emerging and democratic societies. His life motto is: "persevere, for success is near..."
Amir Khan trolled for Pakistan Cricket Team ‘Match-Fixing’ Gaffe
Shoaib Akhtar describes MS Dhoni ‘Faster than a Computer’