Liverpool brought Manchester City crashing back down to earth after a thrilling encounter between the two sides at Anfield on January 14, 2018. DESI Fans of both teams give their thoughts on the sensational match.

"I had a feeling we could do it, but to score four extraordinary goals past them is amazing."

Manchester City’s Premier League unbeaten run is over after Liverpool beat the runaway leaders at Anfield on January 14, 2018. But what do DESI Fans think about a game which Liverpool manager, Jurgen Klopp, describes as “historic”?

Alex Oxlade-Chamberlain put Liverpool ahead in the ninth minute before Leroy Sane equalised just before half-time.

DESI Fan, Tima, says: “Conceding just before half-time was very disappointing because we were playing so well, and deserved a lead. Going into the second half I was a nervous wreck because Liverpool will always take you on an emotional rollercoaster.”

Nicolas Otamendi headed against the crossbar soon after the restart. But then came a scintillating spell of nine second-half minutes which saw Liverpool score three goals.

And just seconds later, Sadio Mane struck an effort against the post. But he didn’t have to wait much longer for a goal. With 61 minutes on the clock, the Liverpool winger struck an unstoppable left foot shot into the top corner. 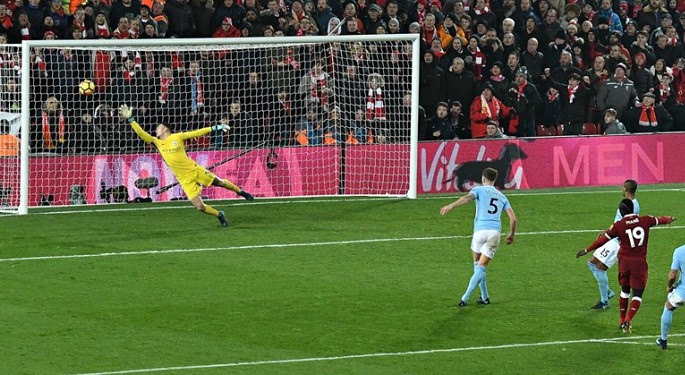 Mohamed Salah then put Liverpool 4-1 up with a stunning 40-yard effort over an out-of-position Ederson following his poor clearance.

The drama was far from over, though. There was still time for Bernardo Silva (84) and Ilkay Gundogan (90+1) to make it a nervy finish at Anfield.

In the final moments of the game, Sergio Aguero agonisingly headed an effort into the Liverpool side-netting. The Man City striker, though, was offside in any case, meaning it ended 4-3 at Anfield.

So what do our DESI Fans make of this action-packed game? DESIblitz speaks to British Asian football fans of both Liverpool and Manchester City to find out. 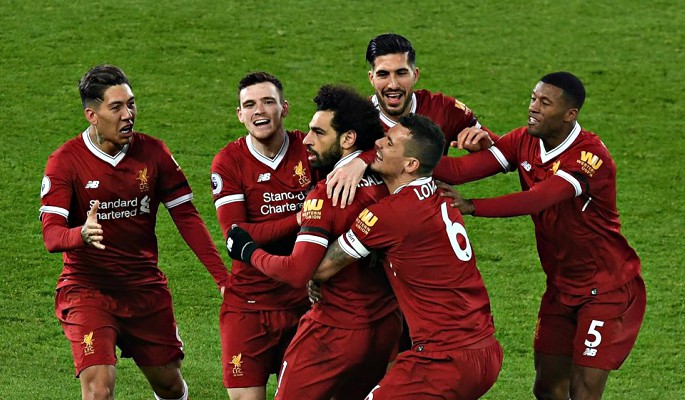 Manchester City continue their 15 year wait for a league win over Liverpool at Anfield after the Reds inflicted their first domestic defeat during the 2017/18 season.

DESI Fans of Liverpool, though, are obviously much happier about bringing an end to City’s remarkable run.

Tima says: “I can’t believe Liverpool are the first team to beat the Premier League leaders [Man City] this season. I had a feeling we could do it, but to also score four extraordinary goals against them is amazing.”

Before their recent loss, City were in unstoppable form with 20 wins and 2 draws from their 22 matches. So what went wrong for them at Anfield? 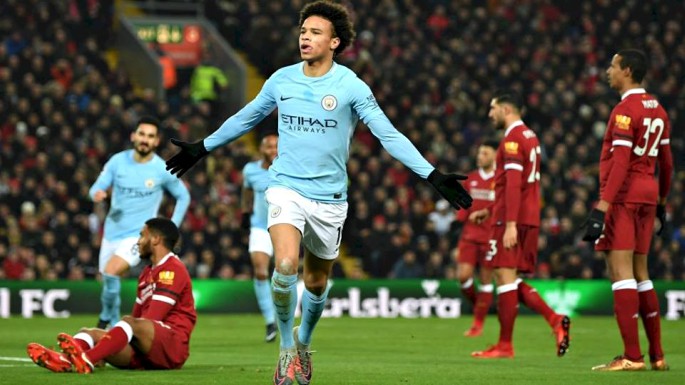 Liverpool perfectly implemented their gegenpressing and counter-attacking abilities to deny a City team who once again dominated possession, enjoying 64% of the ball.

At one point, the Reds’ left back, Andrew Robertson found himself on the complete opposite corner of the pitch after chasing down several City players.

Liverpool’s ability to force back their opponents with the support of the Anfield crowd was key to their victory. And Junaid says: “We have issues against teams who try to attack us as we’re so used to being in complete control.”

Both of these Premier League giants stick to their respective styles of play regardless of their opposition. And because of this, Bilal believes: “Liverpool v Man City is fast becoming the biggest and most exciting fixture of the modern Premier League era.”

But which players in particular do our DESI Fans believe contributed to this seven-goal classic? 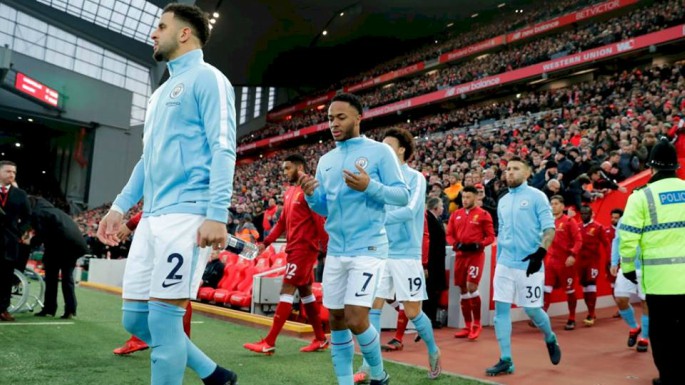 Liverpool’s 4-3 victory over Manchester City featured seven different goalscorers. So who do our DESI Fans pick out for their performances, both positively and negatively?

Sophie, a Liverpool fan, reserves special praise for one recent addition in particular, but it’s not Mohamed Salah.

She says: “Alex Oxlade-Chamberlain doesn’t score as much as players like Salah or Firmino but he puts his heart into each game. His determination deserves to be recognised.”

Tima also adds: “His passion while celebrating in front of the Kop shows exactly how much the goal and the club mean to him. He’s becoming a brilliant player for us.” 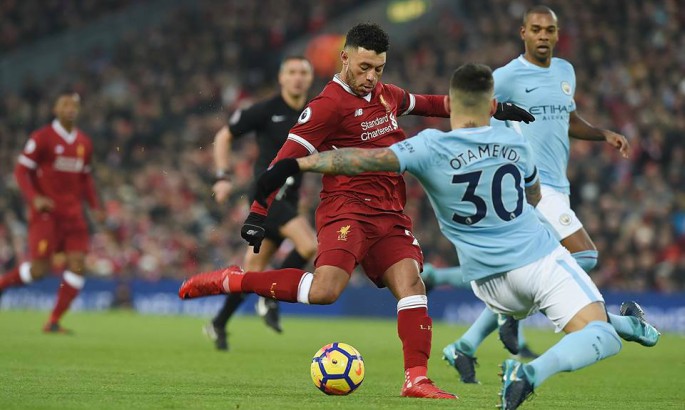 And rightfully so. The former Arsenal player was named man-of-the-match after a goal and assist for his new team.

Sophie, though, believes that Liverpool’s defensive frailties continue to hinder her side. She says:

“It was such an exciting game. Our goals were immensely skilful, but each goal we let in once again highlights our defensive issues. Loris Karius was unconvincing again, and Liverpool need a world class goalkeeper in order to win medals.”

And Tima also highlights the Liverpool keeper, who was beaten at his near post for City’s first goal. She says: “Both Joe Gomez and Karius should have done better to prevent Sane from scoring.”

But despite being the 2017/18 runaway Premier League leaders, Manchester City made defensive errors of their own.

Junaid says: “[Nicolas] Otamendi, [John] Stones, and Ederson each made their first costly defensive mistakes of the season, and all in the same match. We need world class centre backs to complete our team, because each of them can be unreliable.” 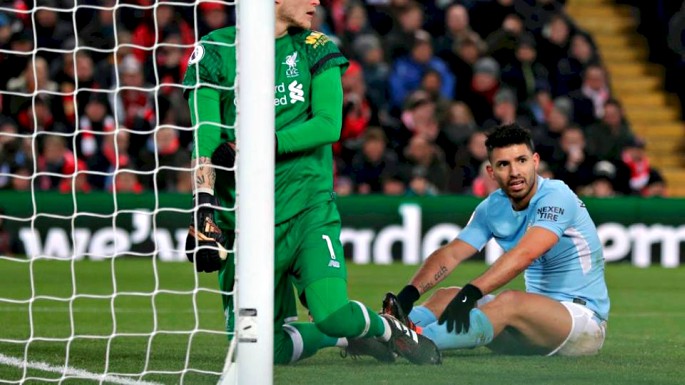 Sergio Aguero also struggled again at Anfield as the deadly striker continued his spell without scoring there. Junaid adds: “Aguero is almost 30, and we need another forward to stay the best team in England.”

Tima perfectly describes the recent clash between Liverpool and City, calling it “one of the best games of the season.”

Seven goals from seven different players shows the incredible quality of both of these two sides. But on this occasion, like so many others at their Anfield home, it’s Liverpool who come out on top.

And their most recent victory means that City are still without a league win over Liverpool at Anfield since 2003. 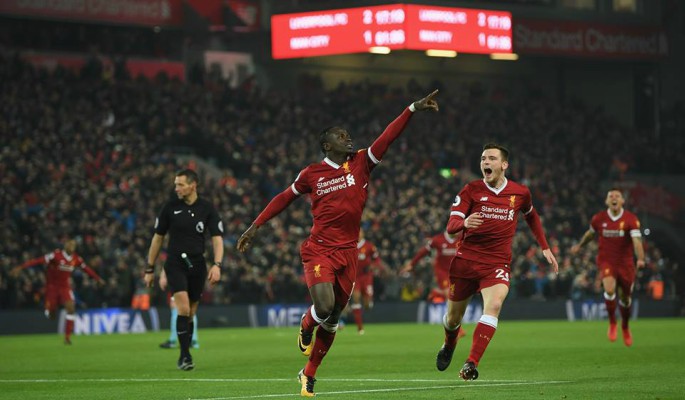 But our DESI Fans of Liverpool aren’t as happy as you may expect them to be after spectacularly ending City’s unbeaten run.

Sophie says: “Ultimately, I’m not happy with the final score. 4-1 sounds like a more appealing and convincing scoreline, but a win is a win. And getting three points is the most important thing.”

Tima, meanwhile, adds: “I’m happy we won, but I’m angry at us conceding soft goals. I couldn’t celebrate properly because my emotions were all over the place after that last ten minutes.”

However, these British Asian Liverpool fans are now confident that they’ll finish in the Top 4 and secure Champions League qualification for next season.

Sophie says: “The win definitely secures our place in the Top 4, but right now we’re potentially even fighting for second place.” 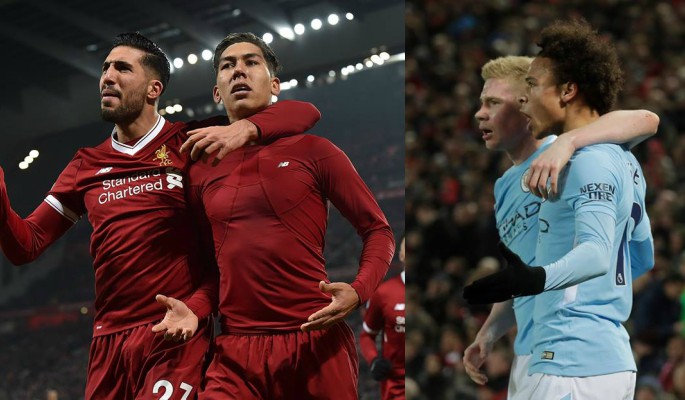 Bilal says: “Liverpool sent out a statement with this victory and will finish in the top four in my opinion. Their rampant attack and the arrival of Virgil Van Dijk puts us in a strong position.”

He goes on to say, though, that the result does nothing to hinder City’s charge towards the title. Bilal puts it plainly by saying: “There is no title race.”

Despite being disappointed at the unbeaten streak coming to an end, Junaid agrees with Bilal. He says: “We’re still the only English team still on for the quadruple. Nobody will catch us in the Premier League so hopefully we can try and win our first European Cup.”

But the beautiful thing about football is that you just never know.

This is now the sixth time that our DESI Fans have given us their footballing opinion. And if you want to find out more of their thoughts, just follow the links below.

If you’re a keen gamer, check out DESI Fans: Talking the Best and Worst of FIFA 18, giving you the ultimate review of the hit game.

Images courtesy of the Official Facebook Pages of Liverpool FC and Manchester City.