Has it not been quite a long wait? Liverpool FC (Football Club) secured their first Premier League title on Thursday, June 25, 2020. This is after Manchester City lost 2-1 at Chelsea.

A penalty conversion by Willian (BRZ) in the 78th minute was enough for Chelsea defeating City. Thus, Liverpool sealing their first league title in thirty years and 19th overall.

With the confirmation of Liverpool being champions, there were great celebratory scenes outside in Liverpool and across other places in the UK and the world.

It was a memorable night for Desi fans as they began to share their reactions on social media. On Friday, June 26, everyone woke up, reflecting on the crowning glory.

Liverpool players and staff who all came together to watch the game between Chelsea and City, celebrated the triumph in style. 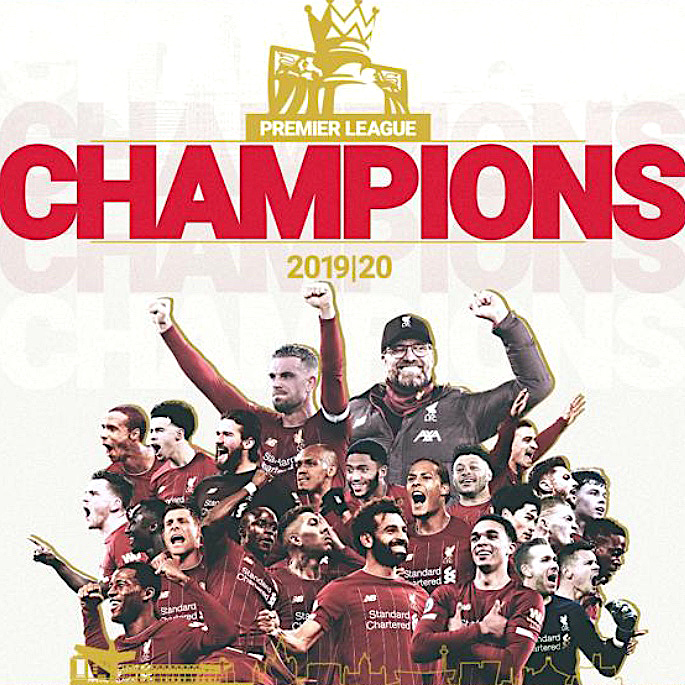 Following that game, there was an outpour of emotions from Liverpool manager Jurgen Klopp and club captain, Jordan Henderson.

Many Liverpool players took to social media, expressing their feelings of sheer jubilation. Mohamed Salah went on Twitter, tweeting a picture of himself celebrating alongside his teammates, writing:

“Yes. It feels THAT good. I want to thank all our supporters watching us from all corners of the world.

“You made this possible for us and I hope we can keep bringing you the joy you deserve. serve. now they’re gonna believe us.”

Yes. It feels THAT good. I want to thank all our supporters watching us from all corners of the world. You made this possible for us and I hope we can keep bringing you the joy you deserve. ? now they’re gonna believe us ? ? pic.twitter.com/bqkXM1Fjpj

On the night the title was confirmed and the day after it was clearly an emotional time for all Liverpool fans, particularly those of a Desi background.

DESIblitz spoke with a few Desi fans, to get exclusive reactions from them. 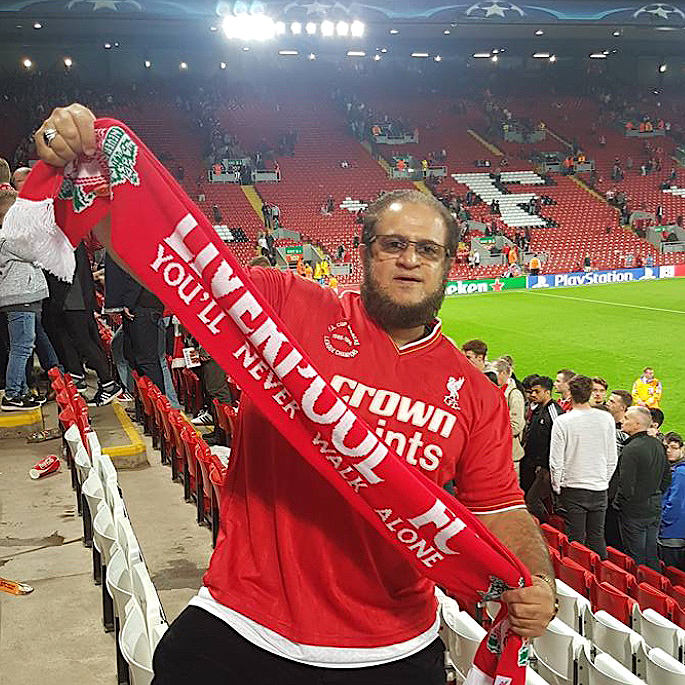 Shokat Khan, Managing Director of DAC from Birmingham could not hide his joy as he mentions:

“I have been a Liverpool fan since 1977, remembering the club winning every trophy each year, every year.

“Then winning the title in 1990, I could never imagine that it would take 30 years to win our next title. We were that close then suddenly the Coranavirus came along and I thought our dream was over.

“The majority of my Man Utd fans were laughing at me and wishing the season would never start again. I could not believe that other fans wanted the season to end.

“When the announcement was made for the season to start again we just started counting the days down.

“So, now that we have achieved our dreams, all I can say is that Klopp is a legend. Liverpool the best team in the world.”

“At the end of a storm, there’s a golden sky. We did it! Dreams do come true.”

Shokat is certainly buzzing and ecstatic with this long awaiting achievement of Liverpool. 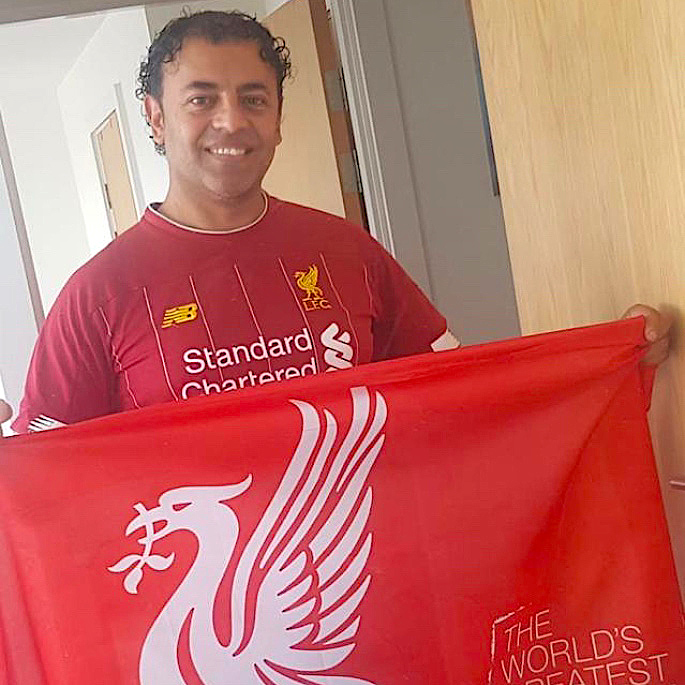 Property Developer, Rupie Fowler an East African British Indian who was originally from Pinner, London moved to Liverpool in March 2016 – the city of the club he has adored and followed for so many years.

Describing what winning the league means to him, Rupie said:

“As a 6-year-old I watched Graeme Souness score the winner in the all Merseyside Milk Cup final. So, on 28th March 1984, I fell in love with Liverpool Football Club.

“Little did I know of the glorious, painful, tearful and joyous roller coaster ride I would get from that casual childhood decision.

“Since then, the highs of the European Cup win and the lows of Heysel and Hillsborough have taken their toll on a lot of us. Along with the long search for the holy grail that started in 1990 and has only just ended 30 years later.

“The gap is one thing, but I can’t quite measure or comprehend just how much I’ve been carrying this weight.

“And now I feel free, light, liberated and burden less.”

Rupie celebrated this historic moment with his parents who also reside in Liverpool. The family were captured by a Premier League production company too. 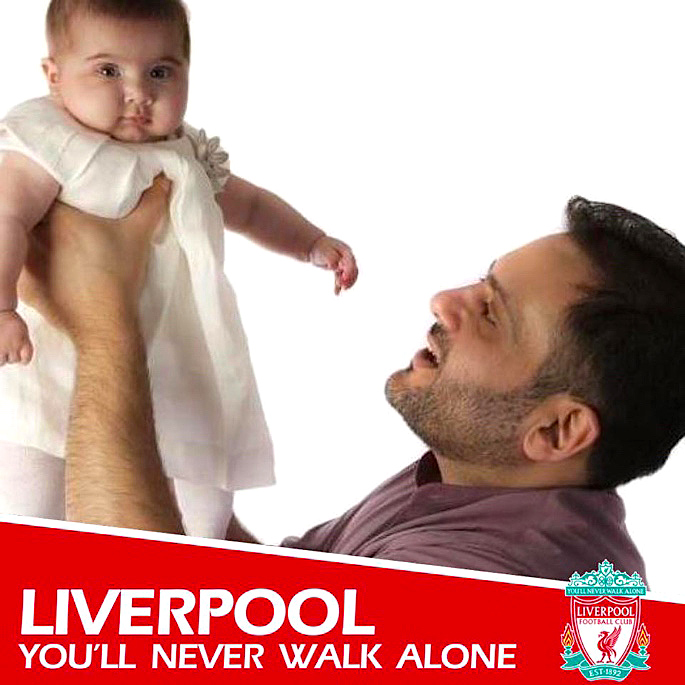 Imran Rais an office worker and avid Liverpool fan from Birmingham looking back at the legends and having a dig at rival clubs stated:

“The love for Liverpool started back in 1984 when the greats like Ian Rush, King Kenny Daglish, Graham Souness played and we won everything.

“1990 is the last time we won the league under Dalglish. Then the downfall after that lasted for 30 years. After spending over one billion on 239 players and nine permanent managers we finally have won the premiership.

“We were told it may not start again after the outbreak of the coronavirus and it was rubbed in our faces by rival teams that the season should be null and voided.

“This is even after the fact we have played the best football England has seen in many years.

“Yet defying all odds and after the restart played we drew a game and we absolutely smashed it the next game. There was no way we would be stopped and finally we have won the title.

“It’s taken time, but we have got there. Liverpool is life and the deep passion we have for this team just keeps growing.

“In Klopp we believe,  the rest is all history. Up The Reds – Merseyside is red again.”

DESIblitz congratulates Liverpool Football Club on making Premier League history. To finish the season seven games to go is quite a phenomenal accomplishment.

Shoaib Malik opens up on Marriage to Sania Mirza
Is Amar Virdi on Verge of Test Cricket Debut?