“Khan is a living embodiment of the American success story."

There is speculation that the (undisclosed) deal is worth in the region of £150m. When asked about the price: “That is highly confidential,” was the prompt reply from Khan, also known as Shad. Prior to this, shrewd businessman Al-Fayed’s most popular business transaction was the sale of the world famous Harrods Department Store in London’s Knightsbridge.

62 year old Shahid Khan was born in the cricket-obsessed town of Lahore in Pakistan to a middle class family. He later moved to the USA as a 16 year old to study. Staying at a $2 a night YMCA hostel and washing dishes for $1.20 an hour, Khan has come a staggeringly long way. 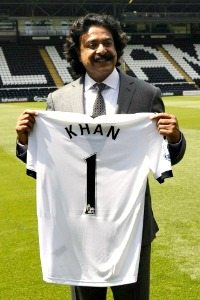 He made a name for himself in the car-parts manufacturing trade and now employs thousands of staff across the globe at his firm Flex-N-Gate. Khan actually worked at Flex-N-Gate while he was studying at the University of Illinois and went on to buy the company in 1980.

Al-Fayed was a godsend for Fulham when he bought the Craven Cottage outfit club in 1997 for £30m. At the time, Fulham were a struggling third tier outfit with a bleak future ahead, while enviously looking on at their close West London rivals Chelsea F.C. and their own billionaire in Roman Abramovic.

Since then, Al-Fayed’s generous investment has seen Fulham climb up to become regular fixtures in the Premier League. Fulham’s finest hour under Al-Fayed came in May 2010, reaching a dream Europa League Final.

Some Cottagers fans, who feel an ‘exciting but uncertain time’ ahead, are grateful to their Messiah for putting Fulham back on the map. There’s a petition going around pledging to rename the Riverside Stand after Al-Fayed, such is the level of admiration for him.

At the age of 84, Al-Fayed’s feelings for the fans are mutual: “It has been a pleasure and privilege to be chairman of Fulham football club for 16 memorable years. It was a difficult decision because I love this place,” he said.

On the fans reaction, Al-Fayed said: “I think the fans respect my decision because they know what I’ve done for them. I’m sure they’re happy that I wouldn’t pass the club to any junkie.”

About Khan, he went on to say: “Khan is a living embodiment of the American success story. He owns a club [Jaguars] with the same prestige and fame. I am now delighted to be passing this great and historic club into the care and stewardship of an outstanding man who has already achieved much in his life.”

Shahid Khan was equally complimentary towards his Egyptian predecessor: “There’s a great leadership here and I have a lot to learn. But I’ll give the team all the support it needs to be successful on the pitch. He’s a wonderful guy.”

“I think what has happened has been absolutely incredible, something I’m going to remember forever. It’s the passing of the baton, taking it to the next level.”

Quick to get the fans onside, Khan stated: “Fulham is the perfect club at the perfect time for me. I want to be clear, I do not view myself so much as the owner of Fulham, but a custodian of the club on behalf of its fans.”

This will be music to ears for the more traditional Fulham fans who have seen so many foreign investors tear the heart and soul out of other football clubs. 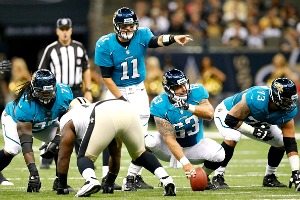 Khan also added: “My priority is to ensure the club and Craven Cottage each have a viable and sustainable Premier League future that fans of present and future generations can be proud of.

“We will manage the club’s financial and operational affairs with prudence and care, with youth development and community programmes as fundamentally important elements of Fulham’s future,” he said.

Careful not to let his initial investment in the Jacksonville Jaguars get in the way, Khan said: “These are true distinct clubs that will operate differently and independently – but there is a huge amount of synergy.”

The Jaguars are due to play one regular season NFL ‘home’ game at Wembley every year for four years, starting this October against the San Francisco 49ers.

Talking about the immediate future, Khan was not drawn into any player investment, only admitting: “There has been a plan to do the riverside development. Our goal would be to redevelop it.” 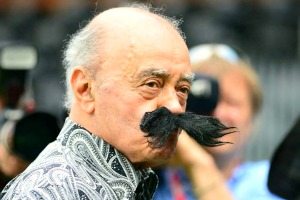 When the topic of the infamous Michael Jackson statue inevitably arose, Khan politely said: “We have to preserve and respect history but we have to move forward. I’ll reflect on it and listen to the fans, then decide.”

Al-Fayed who comically wore a mock Shahid Khan moustache at the photo call was quick to react by saying “It’s a monument, listed. If he dares to move it he will be in big trouble!”

Al-Fayed went on to joke: “You can’t change otherwise I will come and take your moustache in public. He knows that.”

Khan is keen on continuing the long term vision that his predecessor has set put. His first task will be flying to Costa Rica to meet Coach Martin Jol and rest of the Fulham squad currently in pre-season training. Looking ahead, Khan has reiterated his desire to build a long term future for the club by investing in people and the facilities and to create something sustainable and viable.

Coming from a South Asian background, Khan is being urged by the Pakistan Football Federation [PFF] to groom Pakistani talent, especially after the success of Zesh Rehman who played several seasons for the Cottagers. This could well pave the way for more British Asian players in the English Premier League.

The latest Premier League foreign investor has a matter of weeks to go before the start of the new season in what could be yet another pivotal season for Fulham. With a new owner at the club, player transfers and further development could well see Fulham F.C. reach the heady heights of other billionaire clubs currently dominating Football and Finances in England’s top flight.

Rupen has been passionate about writing since childhood. Tanzanian born, Rupen grew up in London and also lived and studied in exotic India and vibrant Liverpool. His motto is: “Think positive and the rest will follow.”
Wasim Akram proposes to Aussie beauty
Pakistan clinch series win against West Indies