Tottenham vs Fulham gets Postponed due to Covid-19 Outbreak

The English Premier League has decided to postpone Tottenham Hotspur’s match against Fulham amid concerns regarding a COVID-19 outbreak.

"the club’s training centre site has been temporarily closed"

The English Premier League (EPL) fixture between Tottenham Hotspur and Fulham has been postponed due to a Covid-19 outbreak in London.

The match was slated to be played by 7th placed Tottenham and 18th placed Fulham in the Tottenham Hotspur Stadium in the evening of December 30, 2020, at 6.00 pm.

Fulham was reportedly in talks with the Premier League over whether the game would be played or not, after they had disclosed a number of Covid-19 positive cases on December 29, 2020.

Eventually, the Premier League Board has come to the final conclusion that the game will be rescheduled.

This may be the course of action for EPL games now due to the increase in Covid-19 cases which are overwhelming the UK.

In their official statement, the League said:

“Fulham lodged a request with the Premier League board to rearrange the fixture following a significant rise in positive COVID-19 cases, as well as a number of players showing symptoms today.

“The Premier League board has consulted its medical advisors and the decision to postpone the game has been taken as a precaution and with the health of players and staff as the priority.

“The group will now be retested immediately.

“The league wishes those with COVID-19 a safe and speedy recovery and will rearrange the postponed fixture between Tottenham Hotspur and Fulham in due course.” 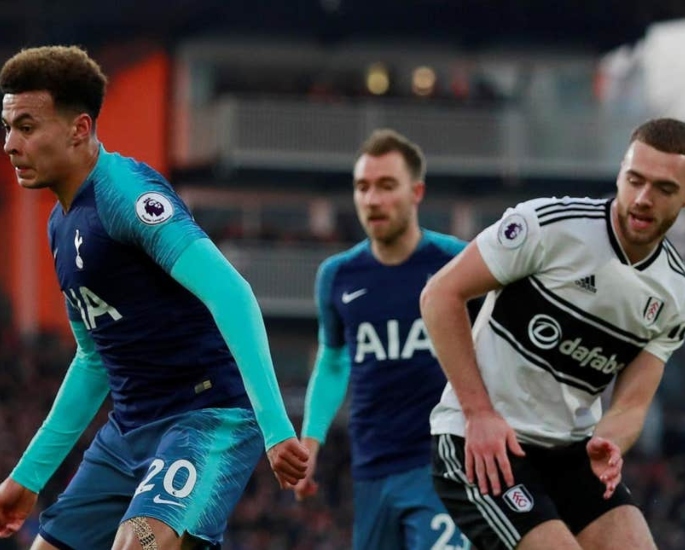 “With low numbers of positive tests across the overwhelming majority of clubs, the Premier League continues to have full confidence in its COVID-19 protocols and being able to continue to play our fixtures as scheduled.”

Reacting to the news, Tottenham’s head coach Jose Mourinho took a subtle dig at EPL and captioned a video on Instagram:

“Match at 6 pm… We still don’t know if we play. Best league in the world”

The match between the two London sides isn’t the only one to be affected by the rise in COVID-19 cases.

On December 1, 2020 announcement was made by the EPL to postpone the game between Aston Villa and Newcastle United.

Akin to Fulham, the Magpies had lodged a request with the EPL to reschedule their match against the Villans, which was approved.

“the club’s training centre site has been temporarily closed in order to contain the spread of the virus.”

Another game that was stalled due to a coronavirus outbreak was Everton vs Manchester City fixture that was to be played on Monday, December 28, 2020.

After Manchester City announced that they have resumed training, Everton’s manager Carlo Ancelotti, in his press conference, remarked:

“No, we didn’t receive it yet, the further information (on why the EPL postponed the match).

“But I think soon we are going to have this, but until now no.”

The match is yet to be rescheduled for play.

“When I listen to the news that the variant virus transmits quicker than the original virus, we can only do the right thing, which is have a circuit break.

“I am 66 years old and the last thing I want to do is catch Covid.”

The rise in the number of coronavirus cases at English football clubs has raised a huge concern about the future of the imminent fixtures in the EPL.

The past one week has recorded the highest number of Covid-19 cases across a number of  Premier League clubs.

According to Sky, out of a total of 1,479 tests conducted on players and club staff between 21 and 27 December, 18 positive cases have emerged in the EPL.

Due to these cases, requests are being made to suspend the competition like the last season.

It has also been announced that the Premier League games will be played indoors again after many parts of the country went into Tier-4 lockdown amid rising Covid-19 cases.

The Massive Support for Chelsea FC in India
Which was the First Women’s Cricket Team to win Gold?