Best Video Games which are Set in India

A major part of video games is the location, some of which, is set in India. We look at the amazing video games that are located in India.

The Lost Legacy captures the essence and beauty of India.

Video games are an alternate way of telling a story and arguably the most interactive.

As a result, they are a popular past time for many people.

A major aspect which appeals to players is the location and scenery which have a wide variety of choice.

The location can be anywhere in the world, this includes India.

While specific areas are altered for fictional purposes, the main location is set in the vast country.

India has been the location for several games, both new and old.

We explore a sample of the best video games which have been set in India. 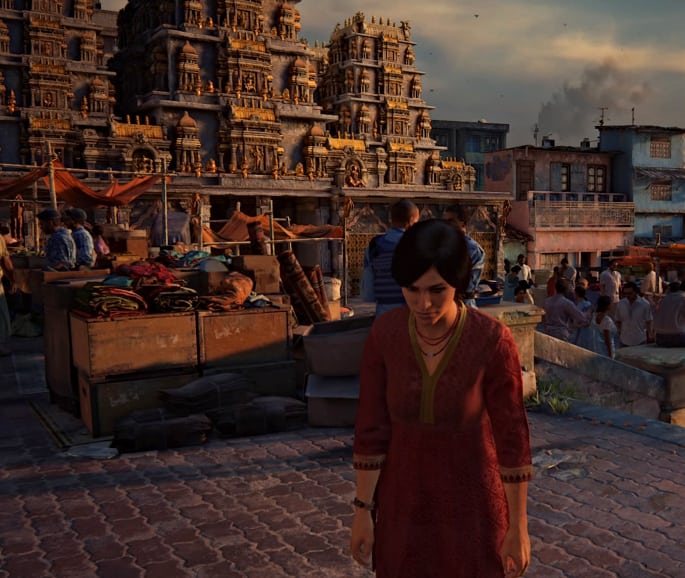 The latest in the highly popular Uncharted franchise is set in the mountains of Tamil Nadu, India in the midst of a civil war.

Players control popular character and fortune hunter Chloe Frazer who seeks the Tusk of Ganesh with the help of mercenary Nadine Ross.

When choosing a location for the game, the developers saw the natural diversity of the Western Ghats as it allowed them to explore different settings.

They include jungles, mountains, temples and large urban environments.

The iconography and deities of the country were also appealing to them.

The Lost Legacy captures the essence and beauty of India, even though some landmarks are fictitious.

From the lush landscapes with open fields to the haunting, yet pretty ruins of ancient temples captures the spirit of India’s scenery.

Not only does the country act as the location for The Lost Legacy‘s narrative, but it also serves as a backdrop for Chloe’s own backstory.

Throughout the story, she explores her Indian roots which allow the player to see a whole new side to her, one that gamers did not know exist.

Upon release, the game received positive reviews with many people praising the strong-willed character of Chloe.

The Lost Legacy‘s scenic portrayal of India as well as positive reviews makes it one of the best games set in India. 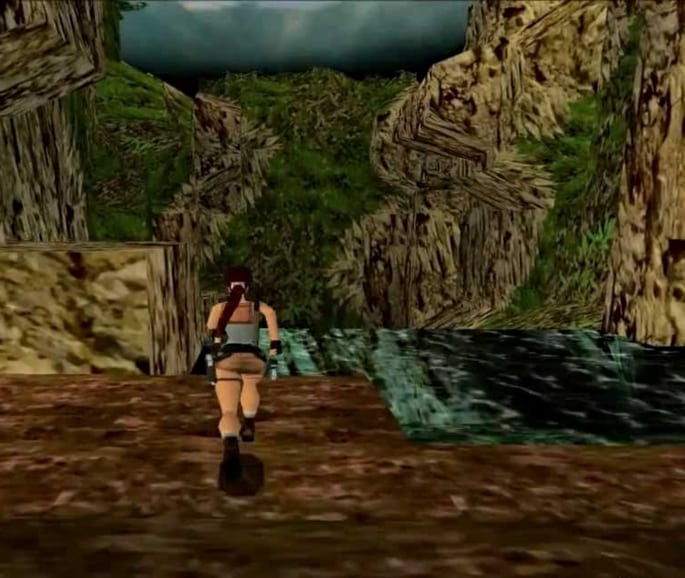 This was Lara Croft’s third adventure in the classic franchise for the PlayStation during the 1990s.

It has five locations which must be played for the player to progress, the first being India.

Developers Core Design chose India as one of the five locations by accident.

According to producer Mike Schmitt, the team decided to “just take a globe, spin it, and see where it lands.”

It was chosen based on if it was an interesting location or not.

In the level, Lara is looking for the legendary Infada stone, one of the crystal meteorite artefacts in the game.

It is buried deep in the jungles of India which is home to various animals native to the country.

Baboons, Tigers and Cobras are just a few which provide an obstacle during the first level.

What is amazing about the portrayal of India in Tomb Raider III is that real landmarks are in the game.

This includes the iconic River Ganges which forms the basis of the third chapter.

Throughout the level, players can see pixeled versions of ancient temples within the dense jungles filled with secrets, such as weapons.

India has been captured in a fun, retro adventure that is one of the best video games of the 1990s. 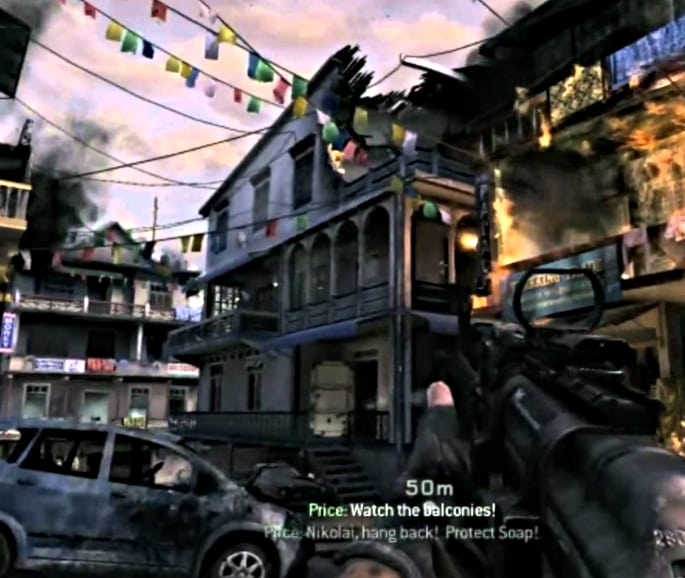 Although India is only featured for a small part of the game, it is significant.

It introduces Modern Warfare 3 shortly after the events of the previous game.

After killing antagonist General Shepherd at the end of Modern Warfare 2, Nikolai takes protagonists Price and Soap to a safe house.

It is located in the northern state of Himachal Pradesh and is soon invaded by Vladimir Makarov’s Ultranationalists.

The protagonist’s safehouse is situated in a dense town filled with houses and shops.

It is full of life which quickly becomes deserted once the invasion starts.

From then on, gunfire and explosions cause the once scenic location to become ruins.

Buildings are damaged and cars are burnt, but even then the detailed graphics ensure that even in chaos, fine details are captured.

The setting sets the scene for the rest of the first person shooter.

The town setting of India in Modern Warfare 3 and the action that ensues make it one of the best games to feature India as a location. 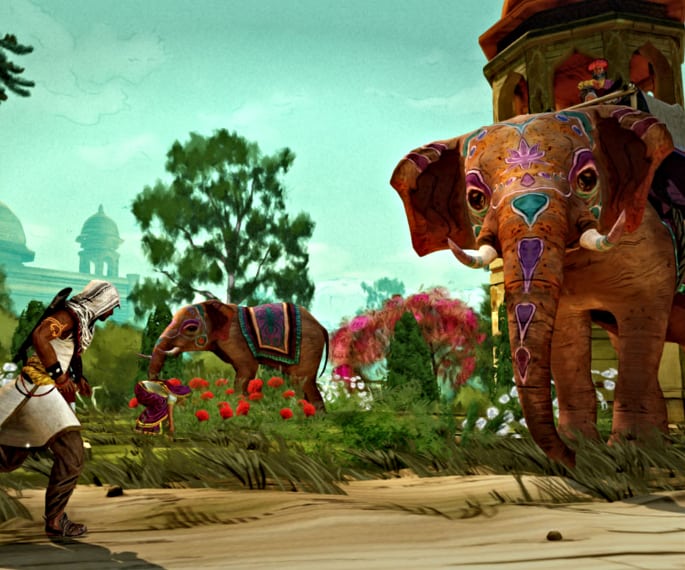 It was a series of video games comprised into one when it released in 2016.

The three-part series was released one at a time. The second was set in India.

The chapter takes place in 1841 in Amritsar while the Sikh Empire was at war with the East India Company.

Gamers take control of Arbaaz Mir, who must protect his friends and lover while stealing back a mysterious item which belonged to the Assassin Order.

While much of the scenery has been adapted for fictional purposes, vast palaces take over the landscape.

It is also a landscape filled with colour, giving a visual appearance of graphic novels.

The game is set two years after the events of graphic novel Assassin’s Creed: Brahman.

As well as the Indian setting, typical Indian weapons of the time period feature such as typical Mughal and Sikh swords.

Weapons resemble traditional swords such as an Aruval, Urumi and a concealed Katara with Bagh Naka.

Although the game received mixed overall reviews, there is no denying that the stealth-like action in Assassin’s Creed Chronicles makes it a great India-located game.

Prince of Persia: The Sands of Time 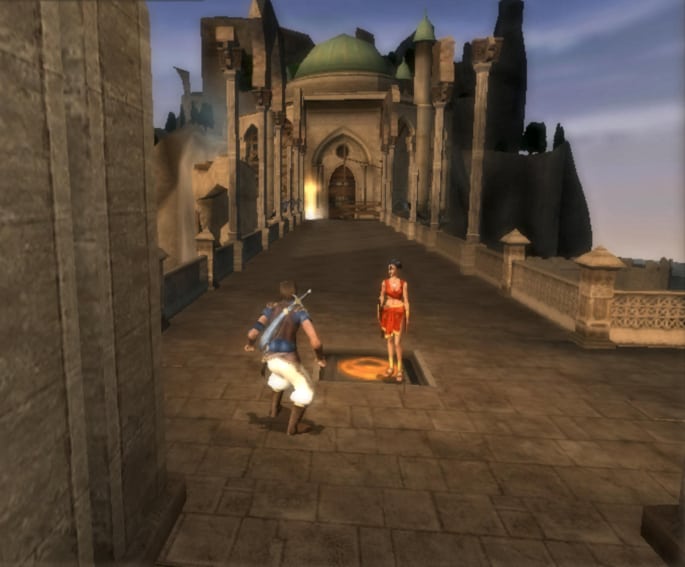 This 2003 adventure game follows an unnamed Prince and the army of his father Sharaman who passes through India to visit the Sultan of Azad.

It is here where most of the game is set.

In India, a local Maharajah’s Palace is besieged following an alliance between Sharaman and the Maharajah’s Vizier.

He betrayed his Maharajah in an effort to capture the Artifacts of Time. The Prince captured the Dagger and accidentally releases the Sands of Time, transforming the population into monsters.

The Prince works to correct his mistake through the platform puzzle gameplay.

A key mechanic is using the Dagger to rewind time if a mistake is made, and using it to kill and freeze enemies.

The game is located in and around many fictitious Palaces which are set in ancient India where the Prince does battle.

The scenery has a range of depth from sophisticated Palace rooms to green, bushy gardens.

It was one of 2003’s most successful game releases with many reviewers praising the story and action gameplay.

Its critical acclaim establishes Prince of Persia: The Sands of Time as one of the best games set in India. 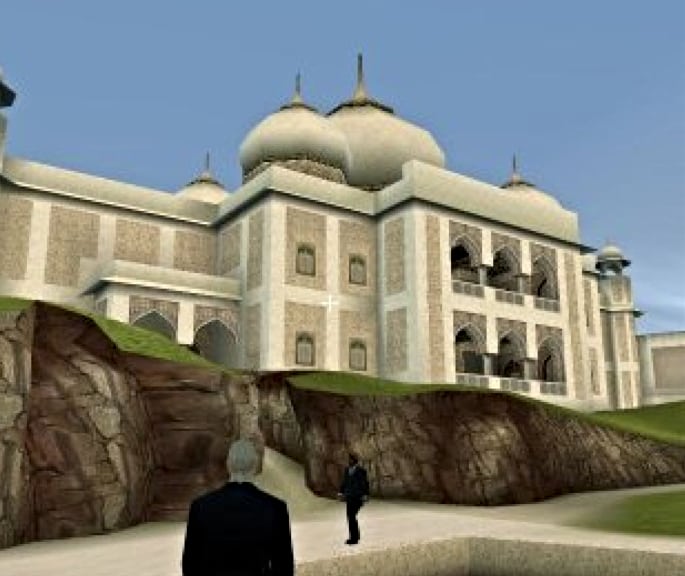 The Hitman franchise is one of gaming’s most popular stealth franchises.

Its second instalment, Silent Assassin was released in 2002.

One mission, which is three parts, is set in the Indian state of Punjab where Agent 47 is sent to assassinate a Sikh cult leader named Deewana Ji.

He was responsible for a Sikh uprising during the 1980s where many innocents were killed.

Since then, no outsider has dared to venture into the territory, until Agent 47.

The environment is filled with small shops and houses.

It is complete with a huge ancient gurdwara that has marble inlays, murals and gold domes.

For a game which released in 2002, there is a stunning amount of detail put into the environment for an authentic depiction of India.

As well as that, one of the chapters in India opens with Agent 47 getting out of an auto-rickshaw.

The game is known for the range of unique disguises that Agent 47 wears to get past guards.

A disguise which can be worn to truly be a part of Punjab is a traditional kurta complete with a turban.

The authenticity of the portrayal of an actual Indian location shows the greatness of Hitman 2: Silent Assassin.

Watch video on best games which are set in India: 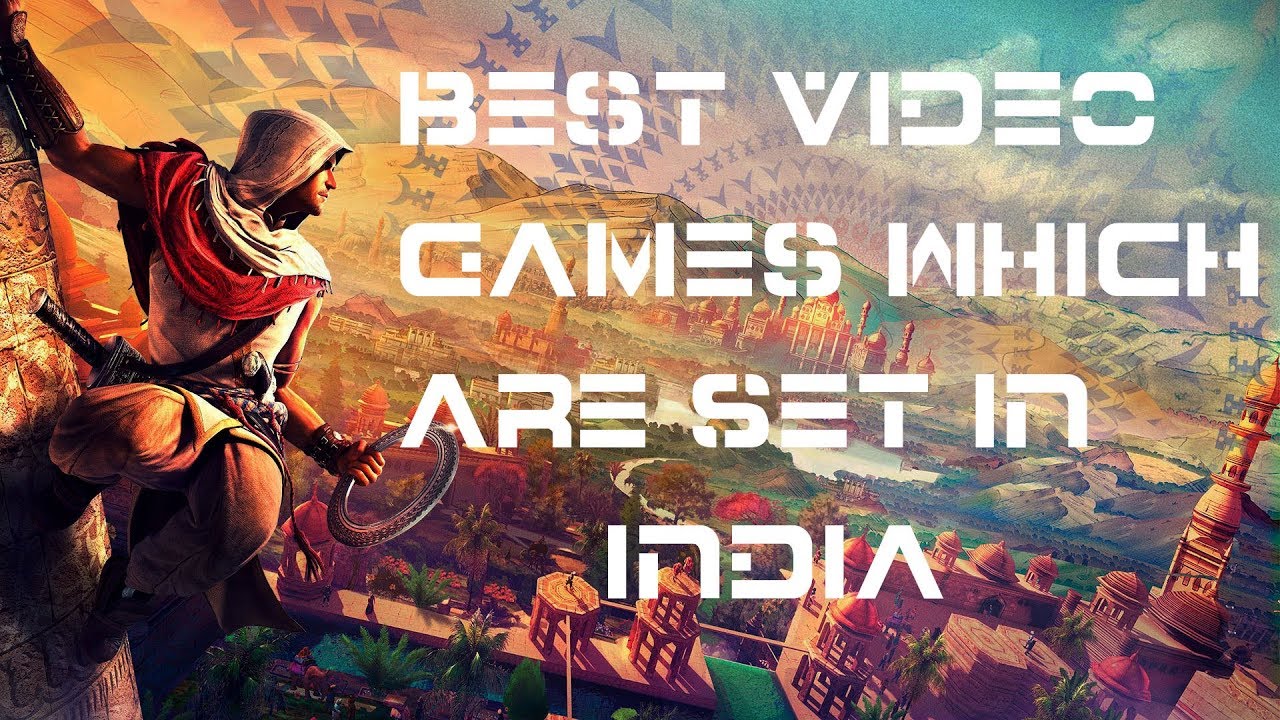 The portrayal of India in this sample of video games vary depending on the type of story told.

As gaming technology develops, India within video games will become much more vibrant and appealing to look at.

Only time will tell whether more games will be set in India in the future.

Images courtesy of Gamespot and Emuparadise