We look the history of the five biggest teams in the Premier League and why so many Desi football fans are so loyal to them.

They have a legion of fans spanning from one side of the world to the other.

Football is the most popular sport on the planet. The Premier League is arguably the best league in the world due to the number of title contenders.

Even though there are hundreds of teams to support, the Premier League is filled with some of the most supported teams.

Both British and South Asian football supporters are likely to support a Premier League team, given their rich history.

This is also because football is fast becoming the most popular sport in India, with more people watching football rather than cricket.

There are a number of reasons why cricket is losing support from South Asian sports fans.

ODI cricket is too long for some and 20-20 cricket is still very new, so there is less emotion attached. As a result, they look at sports such as football to suit their sporting needs.

Individual players like Cristiano Ronaldo have worldwide recognition which draws Desi fans to football. His goalscoring prowess is an excitement factor for South Asian supporters, where there is less excitement in cricket.

Teams such as Manchester United and Liverpool get massive Desi support as they are the most successful clubs in Britain.

Recently other teams like Manchester City, Arsenal and Chelsea have had growing support from Desi football fans.

We explore each of the clubs and why so many Desi football fans are drawn to these teams. 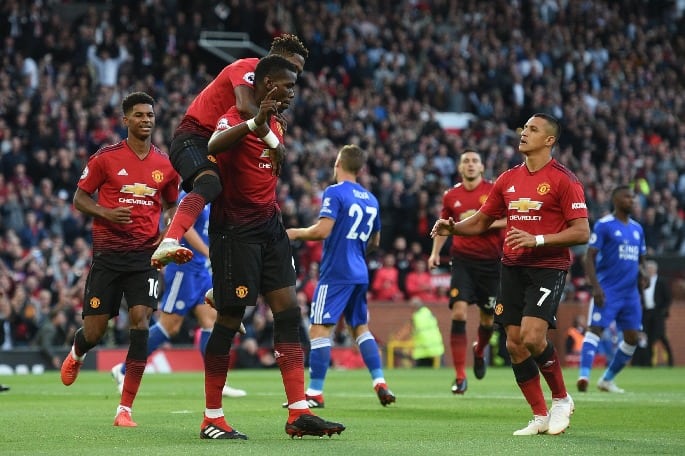 The most successful team in Britain, having won a total of 66 major trophies. This includes winning the League a record 20 times (13 times in the Premier League era).

They are recognised all over the world and have a legion of fans spanning from one side of the world to the other.

This is due to the millions of pounds that they pump into marketing every year to grow their brand, which is why they have a worldwide following of over 650 million.

A large number of supporters are from India, thanks to Sir Alex’s success.

Iconic players such as David Beckham contribute to India’s support of Manchester United.

Bollywood celebrities have also been associated with Manchester United such as Ranveer Singh, who is India’s Premier League ambassador.

Even though they are not as dominant as they once were, they continue to be a firm favourite among Desi football fans. 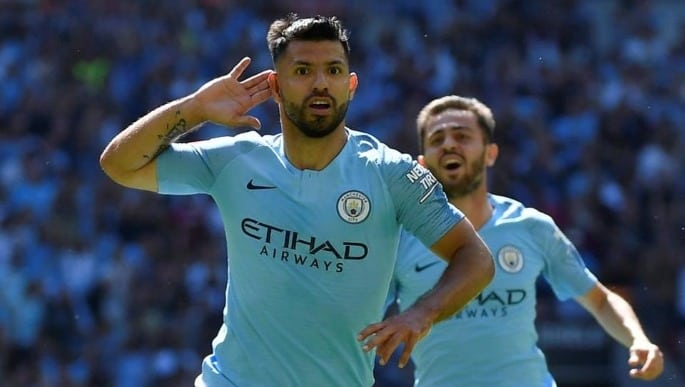 Although they don’t boast an incredible title haul like their city rivals, they are owned by Sheikh Mansour bin Zayed Al Nahyan, one of football’s wealthiest owners.

His extensive funds have built Manchester City into a force to be reckoned with in world football.

Players such as Sergio Aguero and Vincent Kompany have been vital for the club’s recent success.

“He is also working towards creating a positive image of the club.”

The appointment of Pep Guardiola and midfield maestro Kevin de Bruyne saw them dominate the Premier League last season. They achieved a record 100 points throughout the campaign.

Manchester City’s recent success and playing style are what has attracted a large Desi fan base. 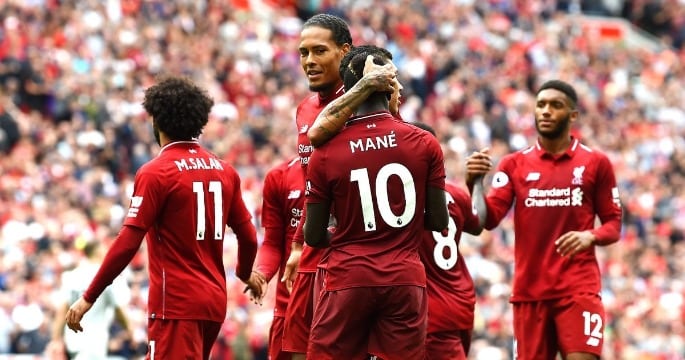 The original team of choice for South Asians. Many immigrants from the region came to Britain during the sixties and seventies at a time when Liverpool ruled English football.

That is why, generations later, their children and grandchildren are still wearing red.

Like Manchester United, Liverpool is globally recognised, however, British Asians associate with ‘The Reds’ because they relate to the Liverpudlians.

“Along with Cockneys, the people of Liverpool share some very similar traits, values and characteristics with Asian people; loyalty, hard work and an often airtight reliance on extremely strong family networks.”

Even more Desi support came in 2005, on that night in Istanbul, they came back from a three-goal deficit to win the Champions League.

Their willingness to fight and to win is what attracts Desi football fans.

The appointment of Jürgen Klopp and his style of ‘rock and roll’ football is exciting for Liverpool fans. The free-scoring team has got a lot of love from the Desi Kop. 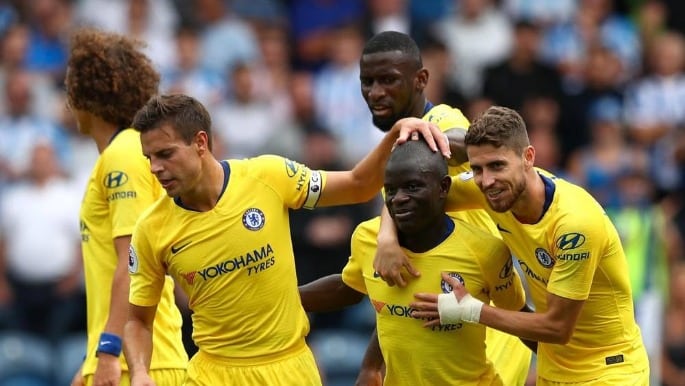 Desi fans grew to support Chelsea during the mid-noughties when they were way ahead of their rivals. Their talisman, Didier Drogba punished opponents with his strength and goalscoring ability.

Since the money was pumped into Chelsea, South Asians supported them and the success that came with it.

Chelsea’s winning mentality make up for their reputation for playing boring football. If it wasn’t for that, their South Asian fanbase would be much larger. 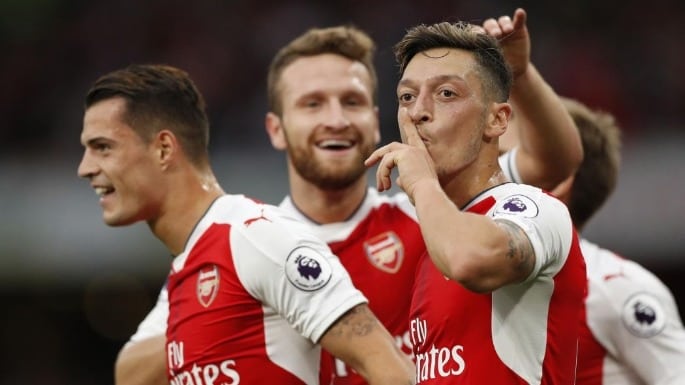 Due to their lack of trophies, Arsenal’s Desi fanbase is lower than Manchester United’s. Their reputation for playing silky football is what draws in the fans.

Many Desi fans became fans during the mid-noughties when Arsenal was the team to beat. Their heated rivalry with Manchester United was entertaining for many and made for tense matches.

Arsenal’s invincible triumph during the 2003-04 Premier League season is forever in the history books. They are still the only Premier League team to go an entire season undefeated.

Names such as Thierry Henry and Arsene Wenger are synonymous with the club which is why many Desi fans love Arsenal.

Alen Joseph, 26, head of media and communications for Arsenal Kerala created a Facebook page to see how many fans were in Kerala, he said: “Slowly, fans started emerging from Trivandrum (Thiruvananthapuram) and Ernakulam.”

“We now have supporters from Mallapuram, Kozhikode. There’s also a small group of students from Kochi and Trivandrum.”

The online success of ArsenalFan TV has over 820,000 subscribers and has contributed to their large fanbase. Fans attending the game give their post-match reaction. 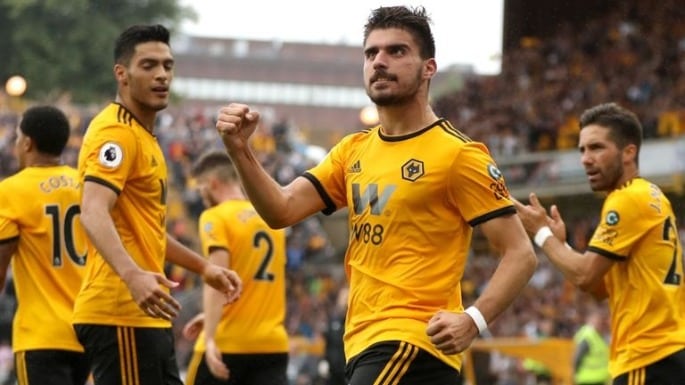 Their underdog nature is what have brought them large followings.

It is also because there is a large Asian population in Wolverhampton who support their local team.

Wolves’ support has seen the creation of Punjabi Wolves Supporters, who have done their bit in bringing more Asian men and women to games.

The supporters club has 500 members of all races and backgrounds, all loyal to Wolves. The growth of the group has seen it become affiliated to the Football Supporters’ Federation.

With Wolves having done large transfer business and returning to the Premier League, the fans are hyped to be in the top division.

Wolves’ promotion also means we will see more of the Punjabi Wolves Supporters when their matches are broadcast on TV.

One of the group’s ambassadors is Wolves defender Danny Batth, an English-born player of Punjabi descent.

A huge fan of the supporters group, Danny said:

“I want to raise the profile of the Asian supporters of Wolverhampton Wanderers FC and show what a diverse fan base we’ve got.”

These are some of the most supported teams in the world by the Desi community. They support these teams for different reasons.

Mostly the club’s success and the large investments into the club are what brings South Asian fans to these football teams.