Bollywood actor Ranveer Singh was in the UK celebrating the start of the 2018/2019 football season of the English Premier League.

As the official ambassador of the Premier League in India, Bollywood actor, Ranveer Singh was in the UK for the opening weekend of the 2018/2019 football season.

As part of his duties as ambassador, his trip included a visit to the Premier League head office and then attending the inaugural game of the season between Manchester United and Leicester City at Old Trafford.

Whilst visiting the head office of the most coveted football league in the world, Ranveer got a chance to hold and feel the Premier League trophy.

He got the chance to meet and see officials for his special trip.

He then met up with NBA star John Collins who is a major fan of the Premier League.

Next, was a trip up north from London to Manchester and then to Old Trafford the home of Manchester United, where the first game of the season was to be played on Friday, August 10, 2018. 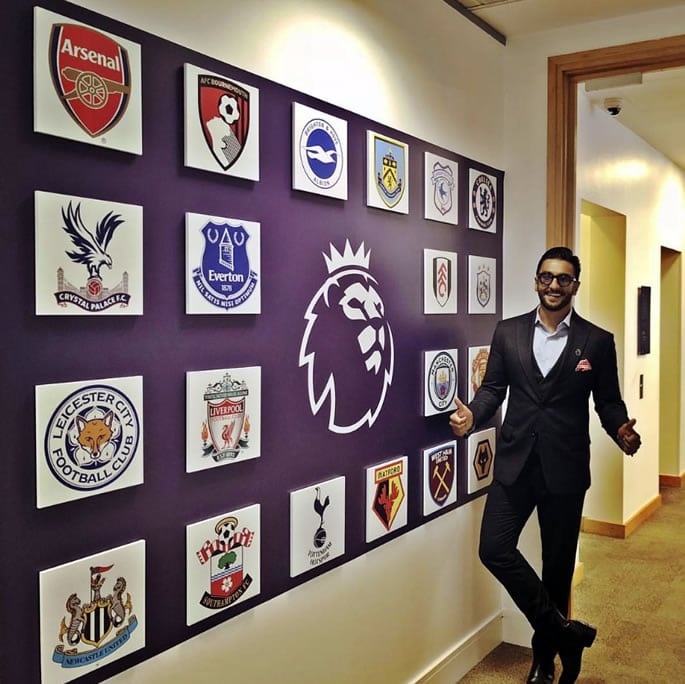 The Bajirao Mastani actor made a special trip to the National Football Museum in Manchester prior to the game.

The museum gave the actor a chance to immerse himself in some of the greatest stories and history of the beautiful game. 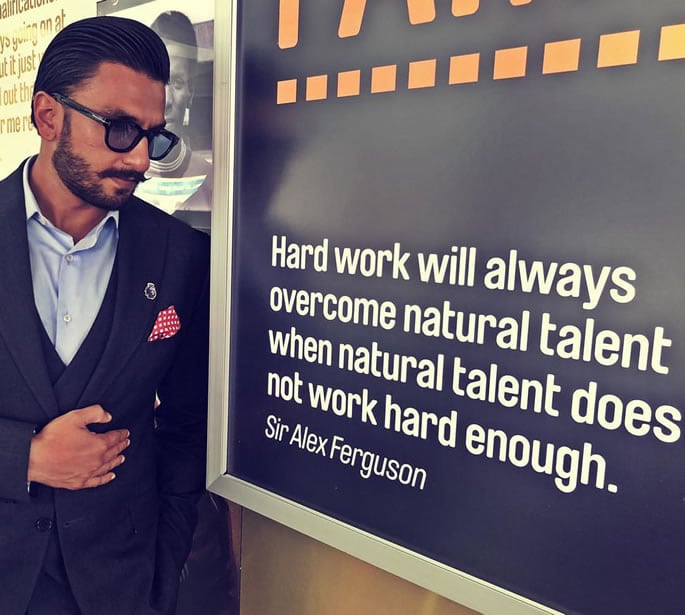 Collections at the museum include commemorative shirts from historical football matches, medals, trophies and even a football used by Captain Wilfred Percy “Billie” Nevill and his men at the Battle of the Somme, in 1916.

For the final footballing treat of the day, the Premier League ambassador in India arrived at Old Trafford and was photographed pitchside at Manchester United’s stadium prior to the game. 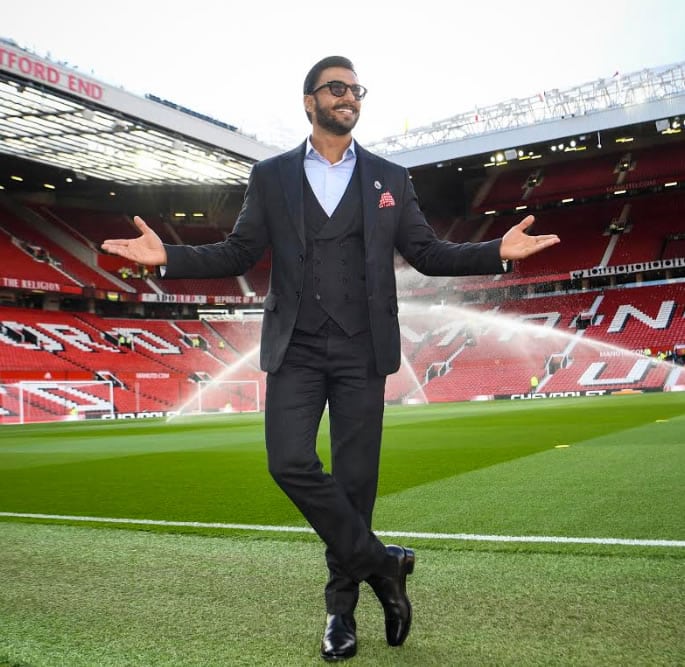 The game between Manchester United and Leicester City ended with United winning 2-1, with a penalty from Paul Pogba and an 83rd-minute goal from Luke Shaw as their winning goals, despite Jamie Vardy heading in one for Leicester in the 92nd minute.

.@PremierLeague ambassador for India, @RanveerOfficial, was loving it in the No.7 suite at last night’s game – thanks for coming! ? pic.twitter.com/pdJE0wKk8q

Being a die-hard Arsenal fan Ranveer has always followed the English Premier League with immense passion.

The partnership between Ranveer Singh and the Premier League was forged in December 2017.

In his role, Ranveer will be seen supporting the Premier League’s community initiatives across India, promoting fan events and sharing his passion for the game.

“It is an honour to take on an ambassadorial role with the Premier League. I look forward to sharing my passion for football and hope that I can help develop and grow the fan base for the sport in India.”

“Ranveer Singh is a passionate Premier League supporter who connects with fans across India and the world.

“His knowledge of the game and commitment to its development and growth, both domestically and internationally, is what has led to the creation of this partnership.”

So, we will no doubt see more of the Padmavaat star at Premier League matches, and him helping the game at grassroots levels in India, to aid the popularity of the sport.

Baldev enjoys sports, reading and meeting people of interest. In between his social life he loves to write. He quotes Groucho Marx - "The two most engaging powers of an author are to make new things familiar, and familiar things new."
WWE Mae Young Classic Returns with an Exciting Lineup
Premier League 2018: The Teams Getting Desi Support