WWE’s Mae Young Classic is back for the second year. We will see a diverse range of 32 of women from the past, present and future in another chapter of the Women’s Evolution.

"This year's Mae Young Classic looks incredible... But the problem is... I can't pick a winner..."

After the success of the first tournament in the summer of 2017, Mae Young Classic (MYC) returns for 2018.

Named after the legendary Mae Young, the tournament brings together 32 talented female wrestlers from around the globe.

This year’s classic boasts even more competition than the year before with the hottest free agents all competing for the trophy.

They will also compete for a chance at the NXT Women’s Championship currently held by last year’s finalist, Shayna Baszler.

However, Shayna will defend her championship against the winner of the first MYC, Japan’s Kairi Sane at NXT Takeover: Brooklyn 4. The night before Summerslam (2018).

The Mae Young Classic will culminate at the first ever all-female Pay-Per-View titled, Evolution, scheduled to take place in October.

The first two participants were announced on 12th July. First was former WWE Divas Champion, Kaitlyn who will be making her return to the company after a 4-year hiatus. And the Australian, Rhea Ripley, an MYC returnee, who made it to round 2 last year.

WWE would continue to announce participants throughout the rest of July until the beginning of August.

The Indian NXT star and MYC returnee, Kavita Devi and British star and one the NXT UK signees, Jinny who will represent England.

The first Indian woman signed to WWE, Kavita Devi will make her return to the tournament.

The orange salwar-kameez-clad superstar fought in the first round last year against Kiwi star, Dakota Kai. Devi displayed her powerlifting skills, throwing her opponent around like a rag doll.

However, her power game was not enough as the experienced Kai stomped her way to round 2 and the quarterfinals. 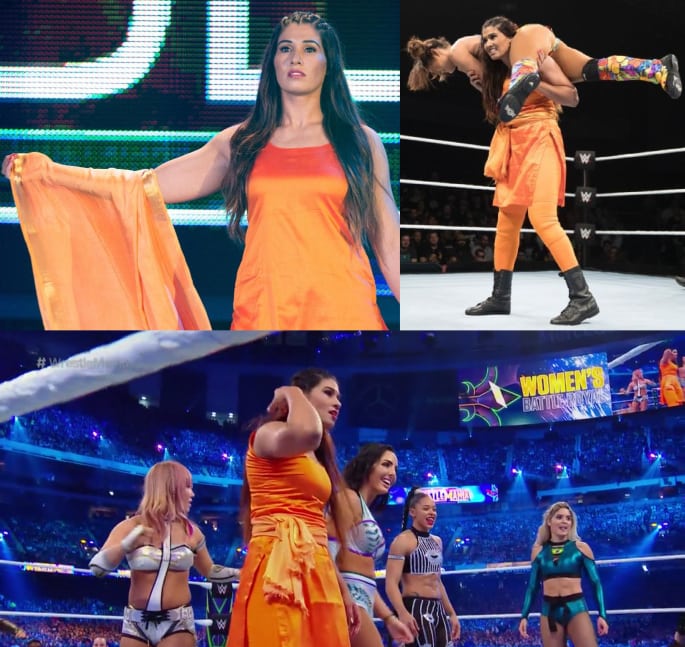 Competing regularly at untelevised NXT house shows, Devi has been honing her craft in the WWE Performance Center. She appeared at WrestleMania 34 in the Women’s Battle Royal that took place on the pre-show.

The #WWEMYC continues to sign the best female athletes from around the world including:

The beautifully hardcore, Jinny will bring her hard-hitting style to the MYC

She recently was announced to appear at the historic WWE UK Championship Tournament tapings in June.

Unfortunately, the Fashionista was injured early on in the fatal-4-way match that was advertised. The match restarted as a triple threat as a result.

However, the “Yass Queen” looks to make history by adding “inaugural WWE UK Women’s Champion” to her resumé as well. 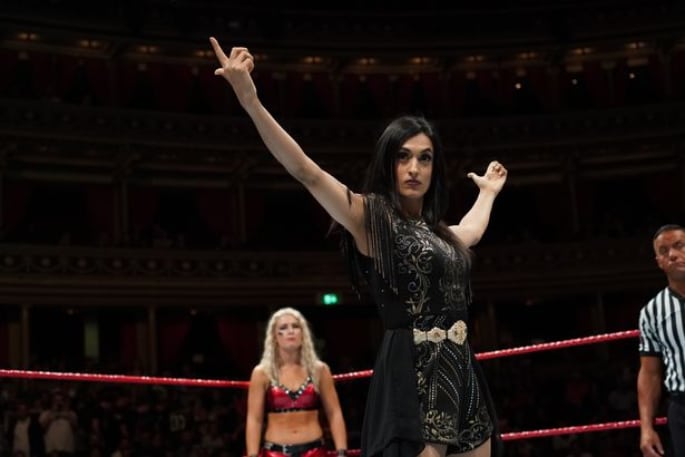 The championship will be defended at Evolution.

So will Jinny walk into the Pay-Per-View as a Mae Young Classic finalist or will she compete for/defend the WWE UK Women’s Championship?

Fan Reactions to the Participants

Fans have sounded off on social media and the Mae Young Classic 2018 is one to not miss!

It looks as they’re having a difficult time choosing who their favourite to win is. Jinny’s name pops up a few times, she may have a bright WWE future ahead of her.

@TheSubtleDoctor is a fan of Jinny’s team, the House of Couture who primarily compete in the British indie scene.

“The House of Couture has shot up the list of my favourite things in wrestling atm. I just love a four horse(wo)men style stable of badass heel [villain] ladies who beat the shit out of everyone and monopolize the championship.”

The House of Couture has shot up the list of my favorite things in wrestling atm. I just love a four horse(wo)men style stable of badass heel ladies who beat the shit out of everyone and monopolize the championship. 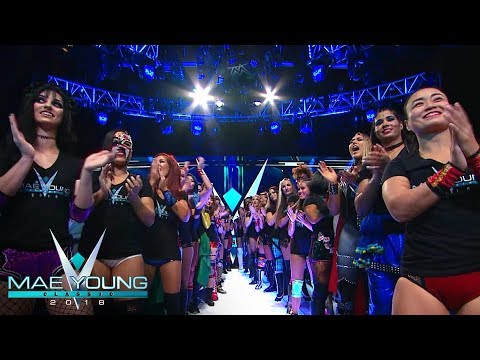 An exciting time for women in WWE, the company continues to break down gender boundaries. For the past few years, the women of WWE have embarked on a revolution that puts to rest the sexism.

This “Divas’ Revolution” has brought the much-needed change in women’s wrestling as #GiveDivasAChance began trending in February 2015.

Since then, the women have been featured in longer and high-profile matches and the focus shifted from looks to storytelling.

The change of championships brought a change in name for the female talent. They are no longer called “Divas” and are now referred to as “Superstars” just like the men.

“The Divas’ Revolution” is now known as “The Women’s Evolution”. Just like the men, the women have gimmick matches such as steel cages, extreme rules, ladder matches and more.

We also saw the first two female Pay-Per-View main events. First with Charlotte Flair vs Sasha Banks at Hell In A Cell (2016), a highly acclaimed bout. And second with the first ever Women’s Royal Rumble match won by Japan’s Asuka at Royal Rumble (2018).

The MYC serves as another chapter in the Evolution, allowing 32 women each year to show off their talent in highly contested matches.

With an absolutely stacked lineup, the MYC II will definitely trump last year’s tournament which was amazing in its own right.

Who is your pick to win?

Watch the 2018 Mae Young Classic on Wednesdays starting with Bracketology on the 29th August. The tournament kicks off on 5th September.