The WWE UK Championship Tournament is over. During the show, Triple H announced the brand new NXT UK Brand that is scheduled to begin in Summer 2018.

"My God! The women's evolution has gone international."

The second WWE UK Championship Tournament has taken place at the historic Royal Albert Hall on 18th and 19th June 2018 and British wrestling fans are in for a treat!

The tournament has provided the top British independent wrestlers with a great platform to showcase their talent to the world.

Fans witnessed clashes of various styles such as strong style, Lucha Libre, and technical wrestling to name a few.

During the show, WWE made a huge announcement that will change the course of British professional wrestling.

Fans have been aware that a UK Division has been in development since the announcement of the first UK Championship Tournament back in 2017.

British stars like Tyler Bate, Trent Seven, Mark Andrews, Danny Burch and of course, the WWE UK Champion, Pete Dunne have given WWE fans a great taste of what Britain has to offer.

During the recent tournament tapings, CEO and 14-time World Champion, Triple H announced that WWE will officially be expanding the NXT brand to the UK.

The on-screen General Manager of the NXT UK brand will be British wrestling legend, Johnny Saint.

As of now, only a few names, like Tyler Bate, Trent Seven, Wolfgang, and the United Kingdom Champion, Pete Dunne are confirmed to have signed to a WWE UK contract.

Though no word from WWE, it is also reported that the Liverpool-based Australian wrestler, Toni Storm has signed a contract as well as Progress Wrestling Women’s Champion, Jinny. 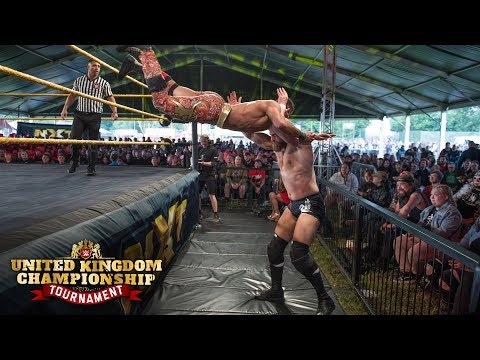 Amir Jordan was a participant in the tournament but unfortunately lost via submission in the first round at the Download Festival, to eventual tournament winner Zack Gibson.

At the beginning of the match, Gibson would assert his dominance early, forcing Jordan into the corner with a collar and elbow tie. He would then take Jordan down with a wristlock.

“The Bhangra Bad Boy” eventually gets some offence in of his own with a backroll headscissors takedown and crisp running crossbody.

Fast forward, Gibson would begin attacking Jordan’s left arm after a keylock reverse STO. Jordan manages to reverse a chinlock with strikes to the midsection of Gibson, followed by a jawbreaker.

He brings the pace up as he begins to display his aerial abilities with a smooth suicide dive followed by a diving crossbody.

Again, Gibson would target the weakened left arm of Jordan which later helped him set up his signature submission, Shankley Gate resulting in a win for him as Jordan submitted.

Much like Mustafa Ali, who is the first Pakistani wrestler signed to WWE, Amir Jordan has a similar objective. When discussing his gimmick in an interview with The Express Tribune, he said:

“As a Pakistani-British, I want to represent Pakistanis everywhere. In wrestling, I want to portray Pakistanis and Muslims positively. So, with this friendly and fun persona, people enjoy themselves.”

Mustafa Ali has been vocal about racism and stereotyping in professional wrestling. With another Pakistani presence in WWE, the message is becoming louder. 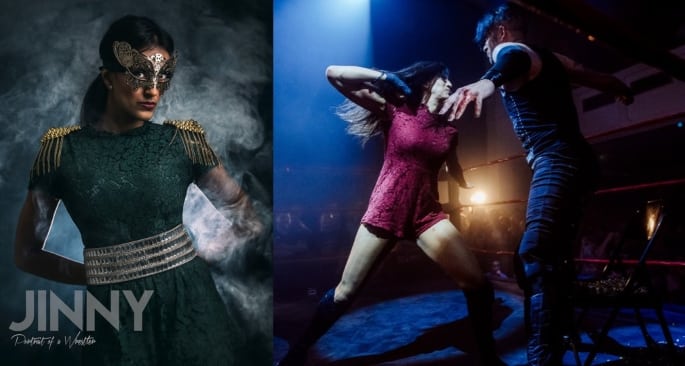 However, Jinny suffered an injury during the match which resulted in her being removed and the match restarted as a triple threat. It was won by Storm who unsuccessfully challenged Baszler the following night.

The “Yass Queen” took to Twitter to address her condition. She wrote: “Heartbroken? Yes. Seriously hurt? No. I’m so grateful to have the people I have in my life, friends and family checking up on me. And, thank you to all the fans who wished me well.”

I'm so grateful to have the people I have in my life, friends and family checking up on me ?
And, thank you to all the fans who wished me well ? #YassQueen

In her 4-year career, she has made her presence known in the British independent wrestling scene.

The first female graduate of Progress Wrestling’s Projo, she has proven herself to be a fierce competitor taking the fight to anyone, regardless of size, gender or match type.

“The Knightsbridge Fashionista” is currently the top British female wrestler, having captured the Progress Wrestling Women’s Championship from her longtime rival, Toni Storm in May.

Recently she retained her Progress title in a match against established NXT Superstar and fan favourite, Dakota Kai.

Though she may have suffered a minor injury, Jinny is already looking future of her career. She tweeted: “Yass queen, it’s time to show the world why the UK is the place to be! @WWEUK #NXTUK.”

Jinny is ready to reign supreme over NXT UK as she looks to become the inaugural NXT UK Women’s Champion.

She continues: “Also, I will be the first #NXTUK Women’s Champion.”

Yass queen, it's time to show the world why the UK is the place to be! @WWEUK #NXTUK
Also, I will be the first #NXTUK Women's Champion! ? ?? pic.twitter.com/stCtZS84H3

Two rising stars in professional wrestling, fans are positive Amir Jordan and Jinny will leave a lasting impression in WWE.

@jayburke wrote: “Amir Jordan vs. Zack Gibson was one of the show stealers so far. Great pace and contrast of styles. #WWEUK.”

Amir Jordan vs. Zack Gibson was one of the show stealers so far. Great pace and contrast of styles. #WWEUK

My God! The women's evolution has gone international. #Awesome

Also, check out the dates for the NXT UK tapings here.