South Asians carved their lives in a promising way in East Africa. We examine their arrival, success and lifestyle in Kenya and Uganda.

"I used to go and play badminton with my dad"

The history of South Asians living in East Africa certainly shaped the economic structure of Kenya and Uganda, especially in the 20th century.

From their hard-earned laborious work initially to their successful businesses, South Asians in East Africa certainly enjoyed the fruits of their toil.

The building of railways was a major opening in granting access for South Asians from the Indian subcontinent.

Migrating to Africa, was significant for many South Asians in terms of finding employment with East African Railways.

In spite of ethnic segregation across East Africa, South Asians began climbing the summit to success by the early 1940s, particularly in business. Their compelling input to nations such as Kenya and Uganda cannot be forgotten.

Subsequently, many families, including the young were able to seize the opportunity of having a good education, as well as benefiting from a healthy and entertaining lifestyle.

For some community cohesion, Drive-In Cinema’s and competing in sports was a life-changing experience.

South Asians were residing across many cities and towns in Kenya and Uganda. These include Jinja, Kampala, Kisumu, Lamu, Masindi, Nairobi, Nanyuki and Mombasa.

We delve further into the humble beginnings of South Asians in East Africa. This includes their achievements and prosperous life in the Eastern part of the world’s second-most populous continent. 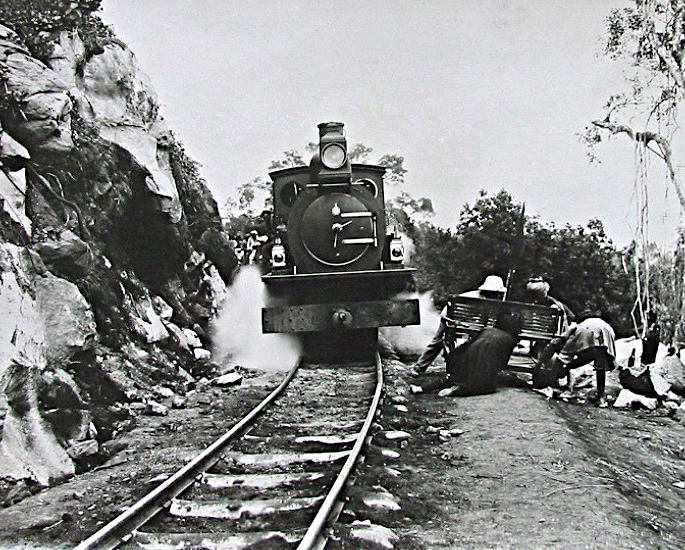 According to a report by the BBC, around 32,000 Asian labourers shifted to East Africa courtesy of British colonists. The majority who were Gujarati and Punjabi of varied faiths all travelled by ship.

The railways benefited from their expertise, especially with some having previous experience of working in India.

Many South Asians saw the opportunity of migrating to better their lives. For example, reasons to move include escaping extensive poverty and extreme scarcity of food.

Furthermore, the lack of employment opportunities pushed South Asians to work on the railways. Often living in compact communities, they maintained their culture and roots linking back to India.

The Uganda Railway where it all began was described as the ‘Lunatic Express’ due to its high cost and dangerous nature.

Kenyan labourer, Harbhajan Singh Bhamra spoke with Kenyan station K24 TV about the train and the camaraderie he had with fellow colleagues:

“The train would get stuck, there was a lot of rain and wildlife. A herd of elephants would interrupt our journey. Muslims worked and were like my brothers, they were very nice people.”

Controversially, malaria and diseases affected workers and caused deaths.  The railway was a proposal for rejuvenating ‘travel’ through territories like Uganda and Kenya.

The Honorary Consul General of Uganda, Jaffer Kapasi OBE told us that his father was sent to East Africa when he was 14-years old.

The only connection his father had with Africa was a paternal relative in Mombasa, running a printing business. Talking about his father’s journey and the reasons for going there, Jaffer adds:

“In the early 1930’s, he travelled to Mombasa on his own…with a view to support the family back home in India.”

Similarly, many others headed for East Africa to improve and enhance their standard of living. 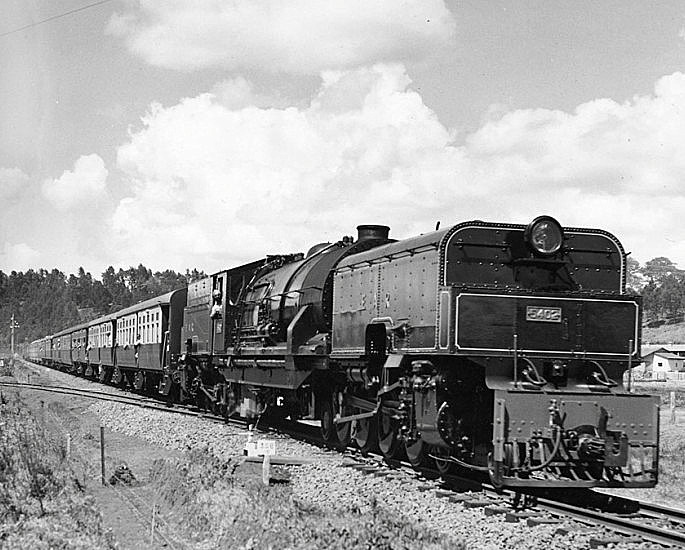 The Middle Position and Commercial Trade 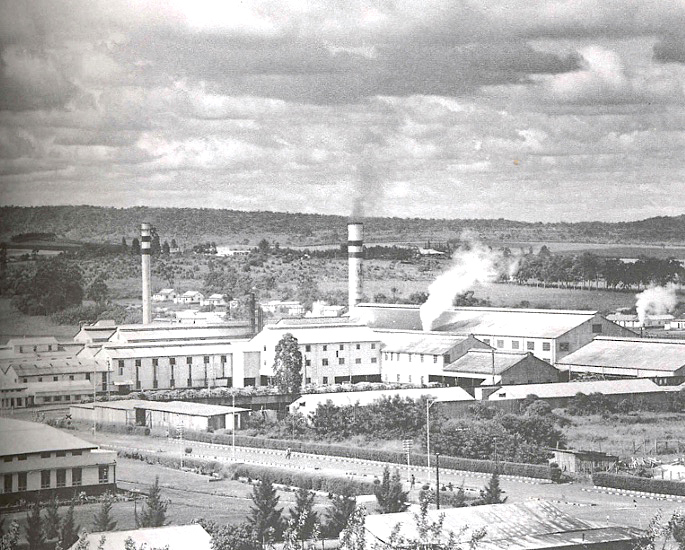 Though it was never easy going for South Asians living in certain parts of East Africa. They were subject to a controversial racial system. They were assigned to different rights and privileges within East Africa.

The three-tiered racial structure, saw Asians categorised as the ‘middlemen.’ They sat between the dominant, upper white colonisers, with the black Africans taking up the bottom position in the hierarchy.

This led to segregation in many aspects of life, including education. Touching light on this, Birmingham based Pharmacist, Abdul Majid Dodhy who had been attending Shimoni Primary School said:

“We use to have segregation in Uganda because Uganda was under the British Empire. They use to call it a protectorate. And there were schools for whites, blacks and Asians.

RK Chauhan, a former employee with the RAF says despite there being harmony amongst the different ethnicities in Kenya, it was very “compartmentalised.”

Hence, the different ethnicities all led separate lives with the white/European community, living an “exclusive life.”

Sharing similar sentiments, Hardyal Singh Matharu who use to live in Uganda felt eventually they were “conditioned to accepting it as it was.”

Even though the British were seen as the highest class, by the 1940s and early 1950s, South Asians had begun to establish themselves in business and commercial trade.

Led by Mujhibhai Madhvani, the Madhvani Group from Uganda, that came into existence in 1930, is a very successful family business.

Producer of refined sugar on a large scale, the group continues to have a stronghold.

Mayur Madhvani, the joint Managing Director and husband of yesteryear Indian actress Mumtaz heads a range of companies under the group.

Most South Asians were successful in various fields, including construction, transport and service industries.

Surjeet Singh Bhogal from Model Builders in Smethwick who comes from a family tradition of carpenters reveals the work his father and he did in East Africa:

“So I use to work with my father on a building site as well. I use to do a lot of reinforced steelwork.”

Noordin Qutbuddin and his family initially had a trucks business during the early railway’s work before moving into road construction. The Noordin family remain in Kenya, with many also residing in England.

Additionally, Abdul Rahman the son of Sultan Ali who went to East Africa between 1935-1936 began working as an Assistant to a European Architect.

In the early 50s, he founded Coronation Builders alongside partner Tara Singh, This was a construction business too, specialising in all building work including real estate, hotels and lots more.

Descendants of Rahman are also living all around the world, with some holding British citizenship.

Many of the South Asians that had gone to East Africa were also ‘lohars,’ blacksmith specialists. Some Asians even set up small shops or supermarkets over time.

Besides business, others had good jobs or were involved with administration work.

The father of Professor Upkar Singh Pardesi, co-founder of MyEd Ltd tells us his father was an Engineer with the British government under the Transport and Development Ministry.

Women from many South Asian households did not have a major involvement in businesses. However, they were not entirely confined to domestic chores. Some of them were able to hone in on their art and craft skills. 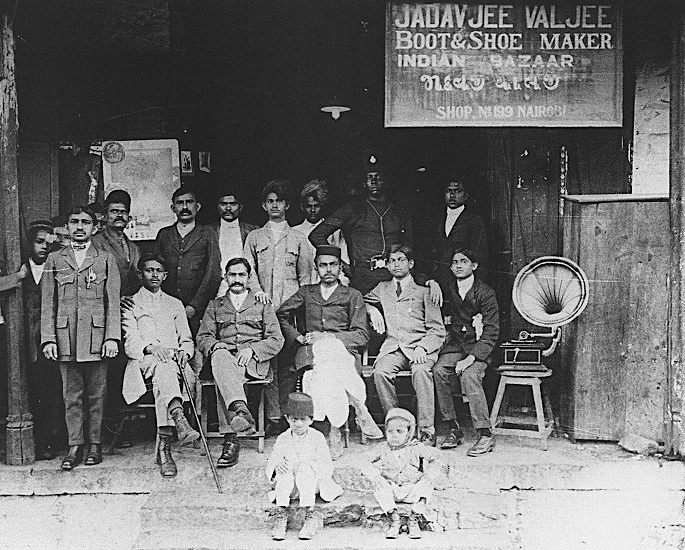 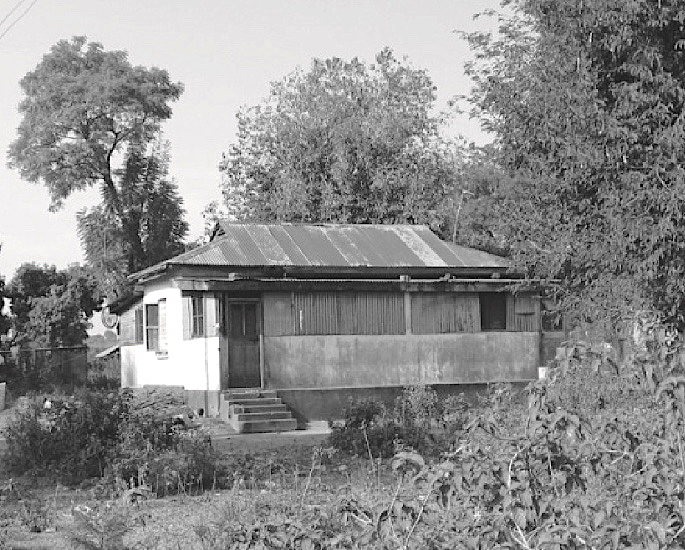 After finding their feet, South Asians had a relatively good lifestyle, adopting the African way of life.

Most of the diverse South Asian communities were living peacefully and harmoniously together. They would celebrate each other’s festivals and exchange food. They also learnt several languages.

Many were living in lavishing houses and luxury government-provided accommodation or bungalows. However, some South Asians were residing in villages, whilst others had homes in the main city.

Some were moving between Kenya and Uganda, with others shifting places within each of these countries.

Many British Asians have good memories of once residing there. For example, some remember the coastal town of Mombasa for its seaside weather and beaches.

“The house I lived in in…there were ten rooms in the building.”

“And I think we had two rooms. And there must have been six-seven families living in the whole block.

“At that time I had two elder sisters, and my uncle, my mamma was also living with us because my grandfather (nanna) had passed away. So my father was looking after him. And my naani was living there.”

Technical abilities and good education were two key factors in South Asians having a comfortable time in East Africa.

The book, South Asians in Kenya: Gender, Generation and Changing Identities in Diaspora (2006), by author Pascale Herzig, suggests how many young Asians went overseas for education, returning with degrees in engineering and other related fields.

The South Asian community right from the beginning were into sports and leisure activities.

Games such as cricket, hockey, volleyball, and athletics were very popular, with a few individuals even representing Kenya and Uganda at the highest sports level. Car Rally was another closely followed sport. 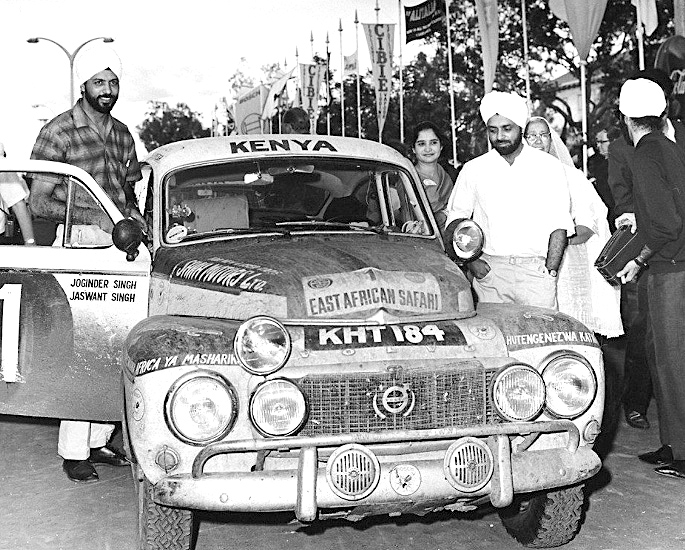 Rangoli artist Ranbir Kaur from the West Midlands recalled the sport she used to play in East Africa, saying:

“In the evenings I used to go and play badminton with my dad, changing into a white skirt, white blouse and canvas shoes.

“I used to love badminton.”

Entertainment, particularly watching films at a Drive-In-Cinema was also a norm for South Asians to integrate.

A famous Nairobi Drive-In Cinema had its opening during March 1958. Initially, white patrons were frequently going there. However, it became more open to Kenyans and South Asians at large in the 1960s.

The cinema was familiar as the ‘Theka Road Drive-In’. After years of displaying British and American films, the Drive-In catered to Asian audiences by showing East-Indian Bollywood films.

Known places in Nairobi include Bellevue Drive-In-Cinema and Fox Drive-in. Both venues had good food and wired speakers to give cinema lovers the best experience when watching their favourite films.

During that period, cinema halls were increasingly becoming popular in Nairobi. The 1960s Odeon Cinema, Globe Cinema, ABC, Kenya Cinema, and 20th Century are a few to name.

Globe Cinema also became a base for showing Indian and Hollywood movies along with philanthropic activities.

The situation was quite similar in Uganda, with many establishing a successful and healthy lifestyle, after playing their part in the country’s economy. 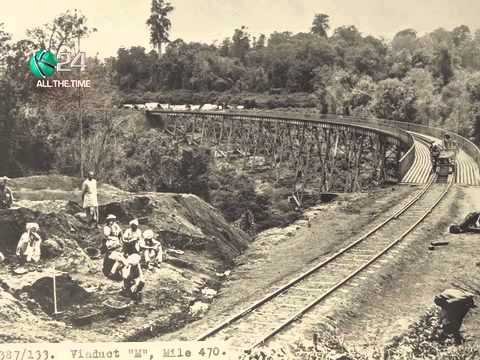 The initial laborious work carried out by South Asians definitely had a major contribution and long-lasting impact. This gave a fresh and beautiful lease of life to Africa.

With the powerful influence that South Asians sprung on East Africa, countries such as Kenya and Uganda had massively improved and progressed.

The evolution of the economy gave the next generation of East African Asians a very feel-good factor and a privileged lifestyle.