Fans of Kavita Devi, rejoice! WWE announced they have signed the sportswoman to the company; the first Indian female wrestler to achieve this!

"It was a privilege to be the first Indian woman to compete in WWE."

Kavita Devi made history by becoming the first Indian female wrestler to perform in the WWE. Now, she’s landed another milestone – by signing up with the company!

On 15th October 2017, WWE announced Kavita as the latest addition to their wrestlers. It comes after she appeared in their Mae Young Classic tournament.

WWE Champion Jinder Mahal first made the announcement via Twitter. During his trip to India, he revealed to fans:

“Sending a huge congratulations to [Kavita Devi] and also WWE for making history today. Kavita is the first Indian woman to sign with WWE.”

Shortly after, the company revealed more on the new signing on their website. Kavita has signed a developmental contract with the wrestling federation. This means she gains the opportunity to train with WWE. Eventually, one day, joining the main roster and becoming a ‘Superstar’.

“It was a privilege to be the first Indian woman to compete in WWE. Participating in the Mae Young Classic with some of the best female performers in the world was a great learning experience.

“Now I am looking forward to pursuing my dream of becoming the first WWE Women’s Champion from India.” 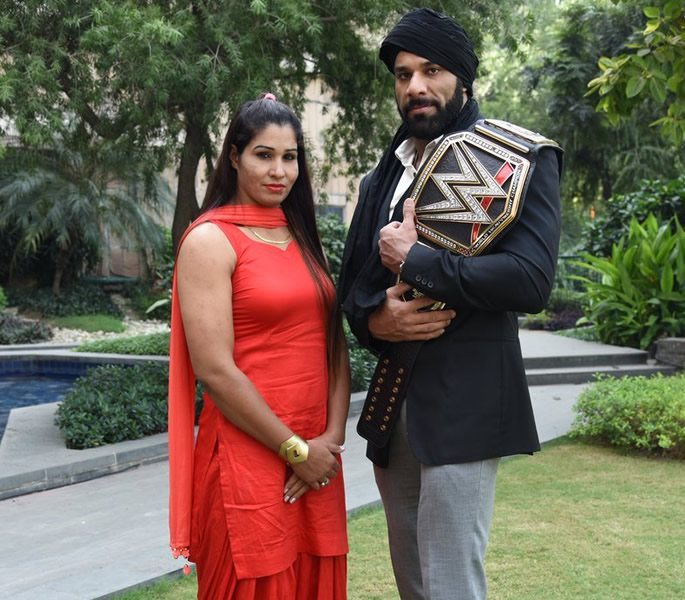 WWE also announced that a Middle Eastern wrestler named Shadia Bseiso also received a developmental contract. The two women will then train under the WWE Performance Centre with others from across the world.

“We’re confident Kavita and Shadia will inspire future WWE Superstars as we continue to recruit the most talented athletes and entertainers from around the world.”

Other wrestlers have also congratulated the Indian sportswoman on this historic signing. The Singh Brothers appeared immensely proud of her when they tweeted:

Congratulations on being the 1st Indian born female signed by @WWE! ?? pic.twitter.com/BCGci6rlzf

Kavita certainly made a great impression when she appeared on the WWE Mae Young Classic tournament. While she lost out to her opponent, Dakota Kai, her unbelievable strength shined through. Not to mention the salwar kameez she decided to wear for the match.

So when can we expect to see Kavita enter the ring? Currently, on the WWE’s website, she isn’t listed on their main roster as she’s under a developmental contract. She will likely spend some time training at the Performance Centre.

After then, perhaps we will see her in WWE NXT? It does hail as the wrestling division for developing wrestlers, where they appear first before RAW or Smackdown.

Until then, we can’t wait to see what lies ahead for the sportswoman. And whether she will one day achieve another record by becoming the first Indian female wrestler to win the WWE Women’s Championship.