5 Desi Owners of Sports Teams who are Billionaires

Today, sports teams are owned by some of the world’s richest people. We look at five South Asian origin billionaires who own sports teams.

"These days a lot of people work hard, so you have to make sure you work even harder"

Today, global sports is a multi-billion pound business as most sports teams are owned by some of the wealthiest people in the world.

The total billionaire wealth is £473 trillion (Rs. 473,000 crores), according to a report by money manager UBS and consultancy PwC.

Their wealth is built from diverse industries and they use their earnings to purchase sports teams. Football, cricket and American football are just some sports that have billionaire owners.

As the price tags on sports teams increase, they’re the ones who have the financial firepower to buy them.

Wealthy people have always been patrons of sports teams, however, their reasons for buying a team has changed. In the past, the main reason was to boost one’s own ego.

Today, the motivation behind owning a team is more pragmatic.

For instance, owning a sports team can help billionaires network with communities they might have business interests in.

They are looking to leave their mark on history and are ramping up their philanthropy efforts and patronage of the arts and sport.

“You sit at the table with sheikhs, famous businessmen and regular guys from around the world, all in the same room, all talking only about the ball.”

Sports team owners impose their financial will on their team. Investing to buy players is the main one.

Getting rid of a team’s existing debts is another. This happened with Chelsea where owner Roman Abramovich cleared a £36 million (Rs. 3.6 crores) debt in 2007.

Owners usually change sports teams for the better, but sometimes it is for the worst. This has led supporters to become upset with their club’s operations.

There is an increase in Asian billionaires owning a sports team, especially in Britain. For example, Vincent Tan is a prominent figure in English football, as he owns Cardiff City FC.

Desi owners are on the rise, both in Britain and the USA as well as their prominence in India.

We look at five South Asian origin owners of sports teams and how they earned their riches. 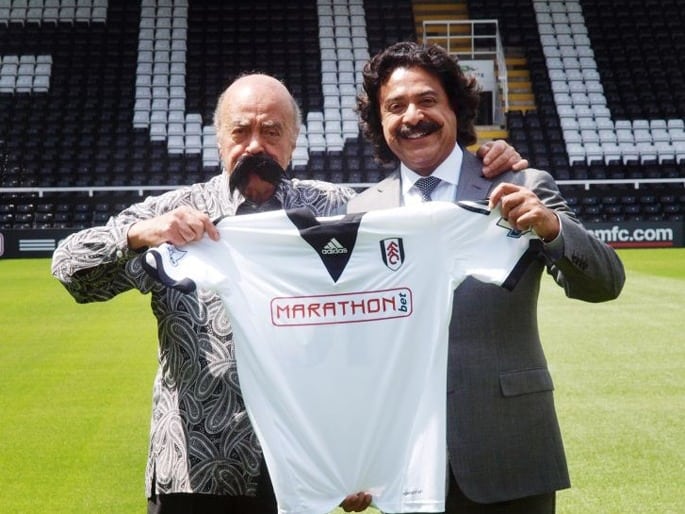 The Pakistani-American billionaire businessman and philanthropist is the owner of the Jacksonville Jaguars of the National Football League (NFL) and Fulham F.C. of the English Premier League.

He accumulated his fortune from automotive manufacturing company Flex-N-Gate, where he has been part of the company since 1967. He became the engineering director when he graduated from the University of Illinois Urbana-Champaign.

In 1980, he bought Flex-N-Gate from his former employer Charles Gleason Butzow and brought his own company Bumper Works into the fold.

Khan grew the company so that it supplied bumpers for the Big Three automakers (General Motors, Ford and Fiat-Chrysler).

He brought Jacksonville Jaguars in 2012 and was the first NFL owner from an ethnic minority.

Khan became known to British people when he purchased Fulham FC for approximately £150 million  in 2013.

Khan’s prominence in sports elevated in 2018 when made an offer of £600 million (60 crores) to buy Wembley Stadium. No current progress has been made.

His intention is to make Wembley a major player in both the UK and USA so that it would host regular football and American football matches.

The wealth possessed by Khan and his growing prominence in the UK and USA makes him a major sports team owner. 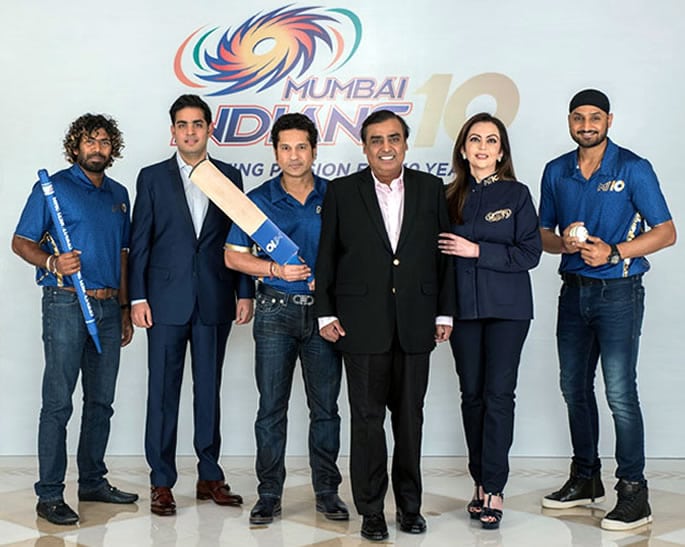 Although he is not an owner of a British sports team, Mukesh Ambani is one of the wealthiest owners in world sport.

The Mumbai Indians owner has amassed a fortune from a number of ventures with petrochemicals being the main one.

It is the largest petroleum refinery and has the capacity to produce 660,000 barrels a day (33 million tonnes per year).

His company boasts profits of £1 billion (105 crores) per day.

The purchase by Ambani made the Mumbai Indians the most valuable IPL franchise.

Whilst Mukesh invested in the team, the management and leadership are handled by his wife, Nita.

She is frequently seen at IPL matches donning the team’s kit along with her sons giving their full support to the players.

Players such as Sachin Tendulkar and Lasith Malinga are iconic in the cricket world and have been part of the Mumbai Indians.

This highlights the financial power the Ambanis have to bring in high calibre players to the IPL winning team. 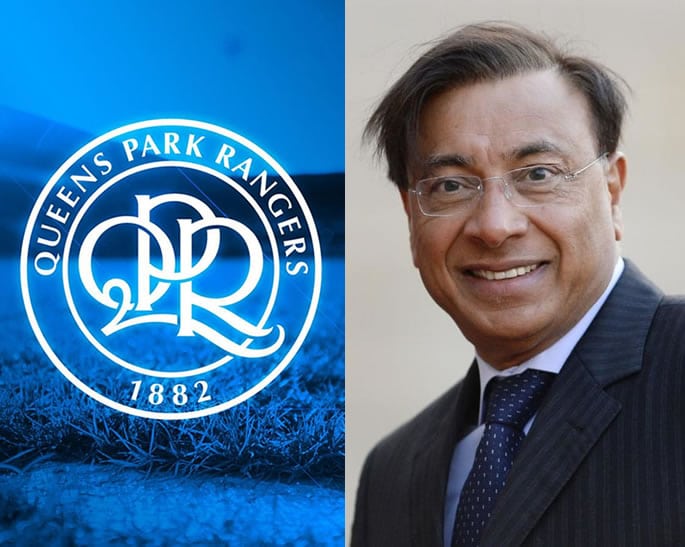 Lakshmi Mittal has only an 11% ownership in British football team Queens Park Rangers (QPR) but he is one of the richest.

He co-owns the club with Ruben Emir Gnanalingam a Malaysian businessman.

Mittal’s fortune comes from steel where he is the owner of ArcelorMittal, the world’s largest steelmaking company.

The company was formed in 2006 when it merged with European steel company Arcelor.

ArcelorMittal has an annual crude steel production of 98.1 million tons and has an annual revenue of over £53 billion (5,300 crores).

The success of his company is down to his persistence. Mittal said:

“These days a lot of people work hard, so you have to make sure you work even harder and really dedicate yourself to what you are doing and setting out to achieve.”

Along with Mittal, QPR is owned by Tony Fernandes and are currently in the English Championship. 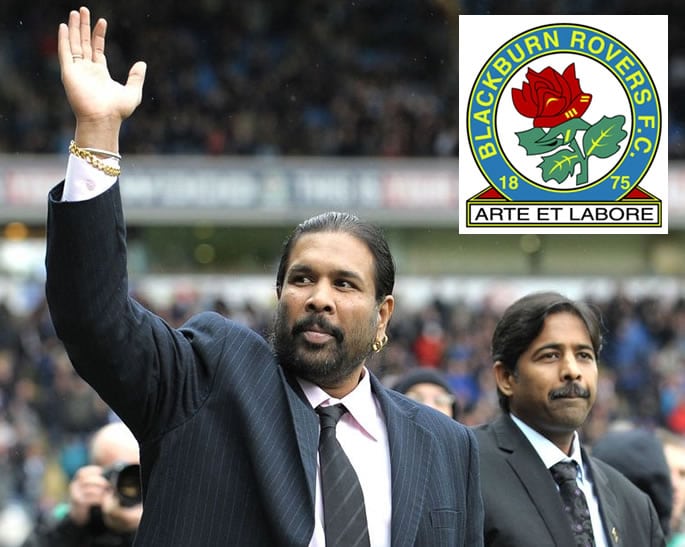 An Indian conglomerate run by the family of its founder Banda Vasudev Rao. His daughter, Anuradha Desai, has served as group chairperson since his death in 1996.

The company was founded in 1971 in Pune, India and uses the abbreviated name Venky’s. The name refers to the group and within the names of its products.

In 2010, they bought Blackburn Rovers under the name, Venky’s London Limited for £23 million (2 crores) and immediately sacked manager Sam Allardyce.

This contributed to the decline of the first Premier League winners. Venky’s removed the experienced board of directors and sold playing assets, such as Phil Jones who now plays for Manchester United.

Venky’s lack of care towards the English club caused a 70% decrease in crowd attendance.

Fans have protested, boycotted and called for the owners to sell the club to someone who actually cares about it.

Since the Venky’s takeover, the historic club has been relegated twice. 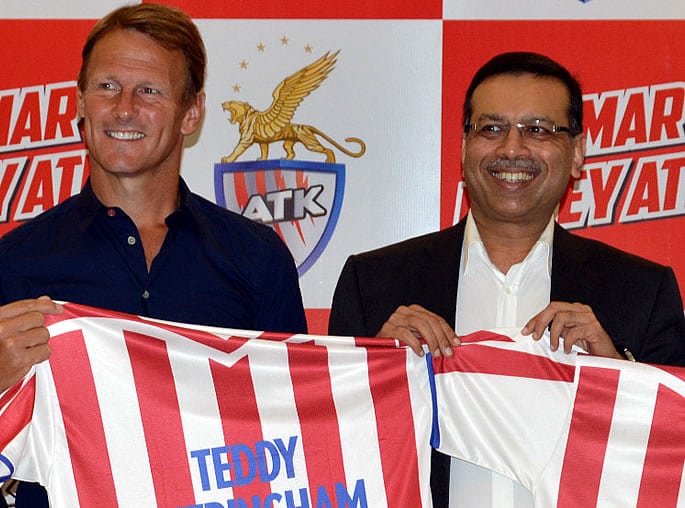 Sanjiv Goenka is not a name many will have heard of nor is he the richest person on this list, but he is part of the growth of football in India.

He co-owns Kolkata of the Indian Super League, formerly a franchise of Spanish team Atletico Madrid.

He is the Chairman of the Board of Directors of Woodlands Medical Centre, located in Kolkata, where he has received the title of Honorary Consul of Canada.

In 2009-10, Goenka became president of the All India Management Association (AIMA). They conduct the Management Aptitude Test (MAT) used by over 600 business schools across India.

Owners such as Goenka get their investment reaped through marquee foreign players, such as Arsenal legend Robert Pirès, bring a lot to the league. Supporters, in turn, increase as more investment is made.

In an interview, when asked why he bought an Indian football team, Goenka said:

“It is a good business model because well-known foreign players bring in support, while at the same time, it helps a lot of young players.”

“It also helps the national team to reach higher levels of the FIFA rankings.”

Goenka is one of many owners of growing sports teams in India.

These are just five Desi owners of many who have spent their life building their businesses up to being global powerhouses.

Their wealth has enabled them to purchase different sports teams. Some have run their team successfully, others have not.

With so many South Asian origin billionaires, it is only a matter of time before we see another owner of a well-known sports team.

Dhiren is a journalism graduate with a passion for gaming, watching films and sports. He also enjoys cooking from time to time. His motto is to “Live life one day at a time.”
Premier League 2018: The Teams Getting Desi Support
Z Adventures: Pakistan Karakoram Marathon 2018