Blackburn Rovers in a Venky’s Mess

Blackburn Rovers football club is no longer the club it once was since being bought by Indian poultry business owners, the Venky’s. What’s gone wrong?

"Venky's don't seem to know how to handle a manager and the fans."

Blackburn Rovers football club is in a mess. The club is once again without a manager and the Indian owners, the Venky’s, are being heavily criticised for the demise of the quality of the Lancashire side by making so many changes in a short space of time.

The latest victim, newly appointed manager Michael Appleton, only lasted 67 days in his post. The club’s global adviser, Shebby Singh, who has not even met Appleton, sacked him via letters sent to Appleton and three members of the back-room team on Tuesday 19th March 2013.

Ewood Park the home of Rovers has not ever seen such movement of management and staff in its history and many fans are very angry that the owners are not making the decisions that have any relevance with football.

Appleton joined Blackburn Rovers in January 2013 from Blackpool. He was given only 15 matches to stabilise the club and develop the side’s form into a winning one, which had not been the case since the Indian poultry company Venky’s bought the club and took control in November 2010.

The mess of the club almost started since the new owners took over. Most fans and football pundits wonder why buyers such as the Venky’s would want to own a football club when they do not know enough about the business of football.

After the Venky’s bought the club, they first sacked manager at the time, Sam Allardyce, when Blackburn was in 13th place in the Premier League. Then, Steve Kean was appointed as manager up to the end of the season. In January 2011, Kean was given a three year contract, one month into his job.

By September 2011 huge unrest commenced amongst Blackburn fans who were not happy at all with the club’s performance under Kean. In November 2011, they even flew a plane over the Ewood Park ground with a sign reading ‘Steve Kean out’ in a match against Chelsea. Fans were clearly not content with the manager or the new Indian owners.

At the end of the 2011-12 season, the team was relegated from the Premier League after 11 years. Then, the start in the Championship was not as anticipated with major wins, they won three games, drew two and lost one. This led to the expected resignation of Kean in September 2012, where he felt his position was untenable and he was coerced to leave.

Norwegian ex-Rovers defender Henning Berg was then appointed as manager of the club by the Venky’s in November 2012. He lost the first game in charge against Crystal Palace. Subsequently, due to winning only one game out of ten, Berg was sacked after 57 days.

Michael Appleton then took over the job of manager in January 2013 as the third boss under the Venky’s reign.

After Blackburn beat Arsenal at the Emirates to reach quarter-finals of the 2012-13 FA Cup, the club did not win another game but managed to scrape a draw against Burnley on Sunday 17th March 2013. They also missed out on a trip to Wembley following a limp FA Cup quarter-final replay which ended in defeat against Millwall.

All this led Appleton’s position as manager to come under scrutiny. However, this is not entirely the reason for his firing. 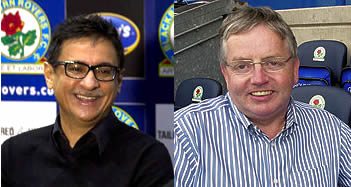 It has emerged that Appleton became the scapegoat in a power struggle between managing director Derek Shaw, who hired him, and global adviser Shebby Singh. Whom Appleton believes wanted him out because Singh has an eye on a semi-managerial role with the first team.

Shaw convinced the Venky’s to hire Appleton which was not what Shebby Singh wanted and decided to stay away from the club. However, now he has re-emerged even accusing Shaw’s appointment of Appleton as legally not valid. Creating even more frustration and anger towards the owners from people who have been loyal fans and historical followers of Blackburn Rovers. Questions are being raised about the recent sacking all over the media.

“The Venky’s fiasco should never be viewed as a parochial issue surrounding a small Lancashire Mill Town. It is about the foreign rape of a game previously owned by the working man and woman. We have so little and even that is being ripped away by greedy, uncaring foreign owners.”

Simon Garner, the club’s all-time leading scorer, told BBC Sport: “Three managers in a season – it looks like you lose a few games and you’re sacked. Venky’s don’t seem to know how to handle a manager and the fans. It is a total mess. I can’t believe it.”

Blackburn MP Jack Straw said: “We have now had more managers this season than we have won away games. It is very alarming and also extremely depressing given that up to three years ago we were one of the best run clubs in the country.” 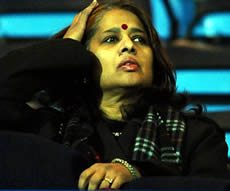 Owner, Anuradha Desai remains the ultimate decision-maker in Pune, India and sources say that they are fully committed to Blackburn Rovers. But Venky’s have never been more unpopular, the value of their asset is plummeting rapidly and the prospect of a second successive relegation highly looms over Ehwood Park.

Another issue here is that the ownership by Indians is not giving race relations in the UK great publicity. This kind of mess is surely striking up friction and frustration within racist circles.

Overall the owners are now under fire from fans and football lovers. What are they doing with a football club that has definitely had historic success? Will they ever give the fans something positive to sing about?

Should the Venky's sell Blackburn Rovers?

Baldev enjoys sports, reading and meeting people of interest. In between his social life he loves to write. He quotes Groucho Marx - "The two most engaging powers of an author are to make new things familiar, and familiar things new."
India dominate Test against Australia
India win the Test series against Australia