An incident occurred in Blackburn in which opposing families clashed with each other whilst armed with weapons. It resulted in an axe attack.

"It was a clash between two families"

Opposing families from Blackburn clashed with each other on Friday, May 10, 2019. The incident left a man with serious head injuries.

Weapons were used by the rival families including an axe outside the Ice Blast takeaway in Whalley New Road.

It is believed that a 30-year-old man was hit in the head with the axe which left him injured. He was taken to hospital.

Following the axe attack by the opposing families, a community leader has issued a plea for calm.

Those who witnessed the incident believe an axe, bats and metal bars were all used during a pitched battle in the street.

The incident is just the latest outburst of violence to be seen in the Bastwell area of Blackburn in 2018 and 2019, amid fears opposing families have clashed in public once again.

A ward councillor, Shaukat Hussain, has called for residents to resolve their differences in a peaceful manner.

“It was a clash between two families, I understand, that has been going on for years.

“I really feel for this poor boy’s family as their child is now in hospital. I know him from my mosque and he’s a nice lad so I’m surprised he has got involved in this.

“People need to stay calm and if there are any issues then they should be left up for the police to sort out.” 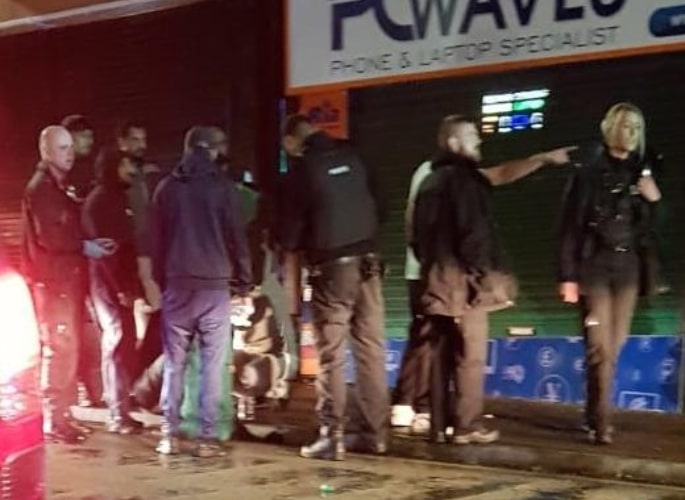 An eyewitness explained that he saw at least five men on the other side of the confrontation.

“I was out eating with my family when a group of men came in a Toyota Avensis car and got out to attack some lads.”

“They retaliated, it was crazy.

“There were bats, bars and one person got hit on the head with an axe. Incidents like this are getting more frequent and the violence needs to stop.”

A spokesperson for Lancashire Police said: “Police were called to a report of a group of around 12 men fighting in the street at Whalley New Road.

“A 30-year-old man was taken by ambulance to the Royal Preston Hospital suffering from a fractured skull and a bleed to the brain.

“He underwent emergency surgery and is still in hospital.”

The spokesperson confirmed that enquiries were still ongoing and anyone with any details can call police on 101, quoting log number 0018 of May 10. They can also contact Crimestoppers on 0800 555 111.

Dhiren is a journalism graduate with a passion for gaming, watching films and sports. He also enjoys cooking from time to time. His motto is to “Live life one day at a time.”
Punjab Village rules Against Supporting Love Marriages
Indian Man arrested for Inserting Bike Handle Grip into Wife