The Mess of Pakistani Cricket

Pakistani cricket has hit a wall that needs serious attention. The mess created by spot fixing allegations, throwing of games, corruption within the team and ranks has brought the sport loved by Pakistani’s around the world into disrepute. Fans are not happy at the state of the national team and no easy solution is within sight.

The case of Mohammed Amir and the no-balls is not the first time that the Pakistani team has been under the spotlight for match-fixing. Pakistan’s tour of England in 1992 ended in scandal over accusations of ball-tampering. Some are calling for the players involved this time around to receive life bans from the sport. Others believe that the problem can only be solved by tackling the agents who bribe cricket stars into match-fixing.

A few months ago Mohammed Amir had the world at his feet. At the age of eighteen he was representing his country at cricket. Not only that, he was winning praise and admiration across the board for his amazing skill. This was a far cry from his impoverished childhood. But now his feet have landed him in trouble, as footage showing his foot so far over the line aroused suspicions that his “no-ball” could have been faked. 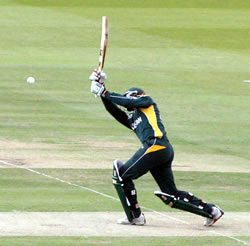 The Pakistan cricket team has encountered these kind of accusations before. In 1992 the team was accused of ball-tampering to enhance reverse swing. However, nothing was proved, and in 1996 Imran Khan successfully sued Ian Botham for slander and libel.

Judging by the press, there seems to be little doubt in peoples’ minds as to whether this was spot-fixing or not. The more pertinent questions are who is culpable and how can they be suitably punished?

Banning the players for life is one of the most talked about options. But it is doubtful how effective that would be. It doesn’t matter how many players you ban, if the gambling syndicates are still able to seduce them with lucrative offers. For someone who grew up in extreme poverty such as Amir, the temptation must have been enormous. It can hardly be fair to punish someone whose naivety has been taken advantage of.

Dealing with the root cause will be a complex and time-consuming task, with limited chance of success. The people who control Pakistan’s cricket are often intimately connected to the government. Imran Khan, former captain of the team, thinks it’s up to the government to deal with the problem:

“Pakistan cricket reflects at a micro level what is happening at a macro level in Pakistan, which is a collapse of institution.”

“What you’re seeing right now is the shambles that is called our cricket board. And of course it’s reflected in the haphazard way the team is selected and the team’s discipline,” Imran added. 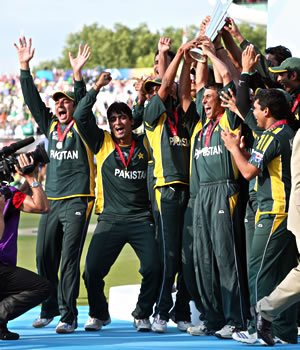 Cricket fans on facebook and internet forums are calling for Imran Khan to be the next chairman of the PCB. The current chairman, Ijaz Butt, was appointed by the president of Pakistan. Butt reacted to the spot-fixing allegations with accusations of England deliberately losing matches. He retracted these after receiving legal advice.

Kapil Dev, former India captain, thinks Khan is best suited to salvage Pakistan’s reputation. He told reporters: “I appeal to Imran Khan to take charge of the current situation in Pakistan. Being the cleanest player, it’s he who can save and look after Pakistan cricket.”

It is obvious that something needs to be done to rectify the damage these latest allegations have caused. Some experts doubt that entirely ridding the game of corruption is an attainable goal. Sir Paul Condon, head of the ICC’s Anti-Corruption Unit from 2000 to June 2010, believes that cricket is one of the most susceptible sports to manipulation. “My prediction is that you will never entirely eradicate fixing from the game of cricket. It is a wonderful game, but if you were designing a game to fix, you would design cricket,” said Sir Paul.

Regardless of how easy of difficult the clean up operation will be, those in charge of the Pakistan team have an obligation to tackle this problem. If they don’t, they will risk losing one of the country’s proudest achievements.

Roz is a writer who has travelled extensively in South-East Asia and Europe. Her passions are learning about different cultures, learning foreign languages and meeting new and interesting people. Her motto is "a journey of a thousand miles begins with a single step."