There have been many extraordinary Pakistani cricket players. We look at 20 iconic stars who had an impact on the game.

Akram used to do a short run-up but was unplayable

Although England invented cricket, there are few nations that played a more significant role in the game’s development than Pakistan and this is showcased by the plethora of iconic Pakistani cricketers.

Pakistan is one of the few countries where cricket is the most popular sport.

The country has a special connection with the sport as it has produced many greats.

Pakistan was awarded Test status on July 28, 1952. Since then, it has established itself as one of the powerhouses.

Pakistan made its Test debut at the Arun Jaitley Stadium – formerly known as Feroz Shah Kotla Stadium –  against India in October 1952, losing by an inning and 70 runs.

Over time, Pakistan has seen many cricketers who have made a mark on the sport, both nationally and internationally.

With that said, we look at 20 Pakistani cricket legends. 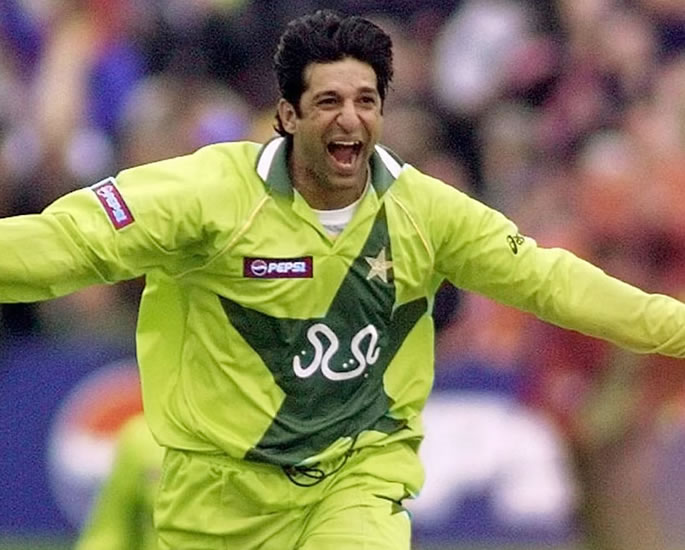 Known as the ‘Sultan of Swing’, Wasim Akram is arguably the greatest fast bowler of all time. He was the master of the ‘reverse swing’ and ‘yorker’ bowling techniques.

Akram used to do a short run-up but was unplayable with his great swing, seam and magic.

He took 10 wickets in just his second Test.

He was the only bowler from Pakistan to take 400 wickets in Test cricket matches and the first to take 500 wickets in One Day Internationals (ODIs).

He was phenomenal with the bat and scored almost 3,000 runs in his Tests, including a famous 257 against Zimbabwe.

Wasim Akram was named the best ODI bowler of all time with a rating of 1223.5, ahead of Glenn McGrath, Muttiah Muralitharan, Waqar Younis and Imran Khan in Wisden’s list.

He was the only Pakistani cricketer to be included in the list of an all-time Test World XI to mark his 150th anniversary at the Wisden Cricketers Almanack in October 2013.

He was inducted into the ICC Cricket Hall of Fame on September 30, 2009. 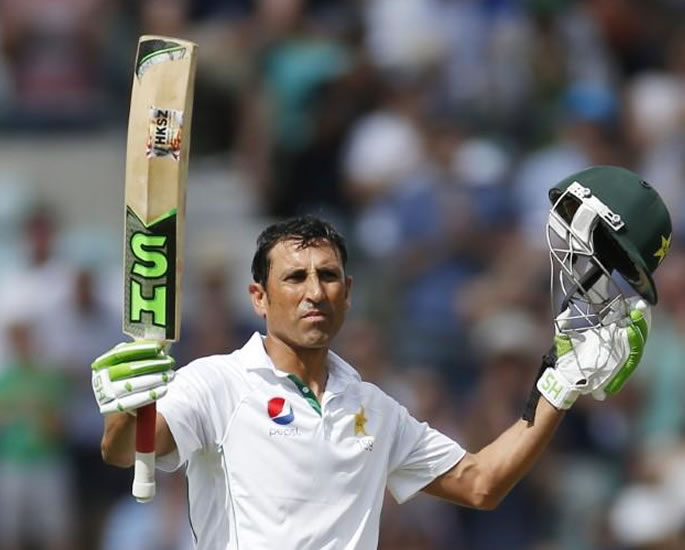 Younis Khan, one of the greatest modern-day batsmen, is widely regarded as one of the most incredible batters in Test cricket.

He is the only player to score 10,000 Test runs for Pakistan and has also scored the most Test cricket match centuries (34) for his country.

Moreover, Khan is the only player in the world to score a century against all 11-playing nations. 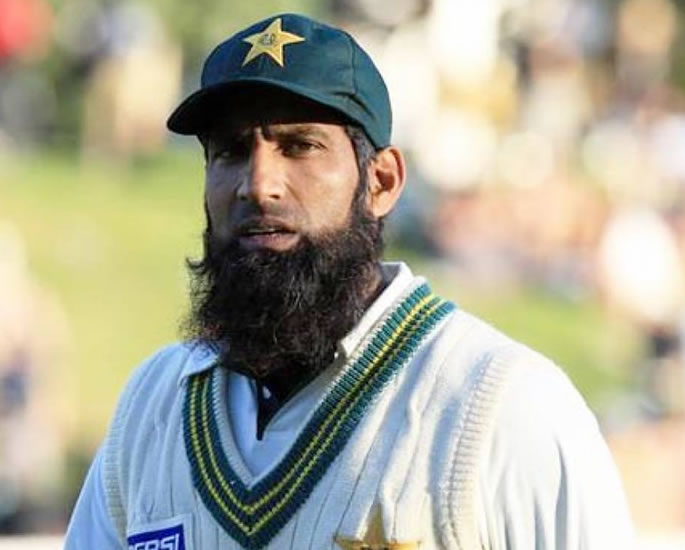 Mohammad Yousuf is one of the most iconic and greatest Pakistani batsmen.

In 2006, he scored a record 1,788 runs in Test matches, including nine centuries, which is also a record.

He was awarded ICC Test player of the year in 2007.

He troubled the talented Australian stars, Shane Warne and Glenn McGrath, which most batters failed to do.

Currently, Mohammad Yousuf is a batting coach for the Pakistan national team. 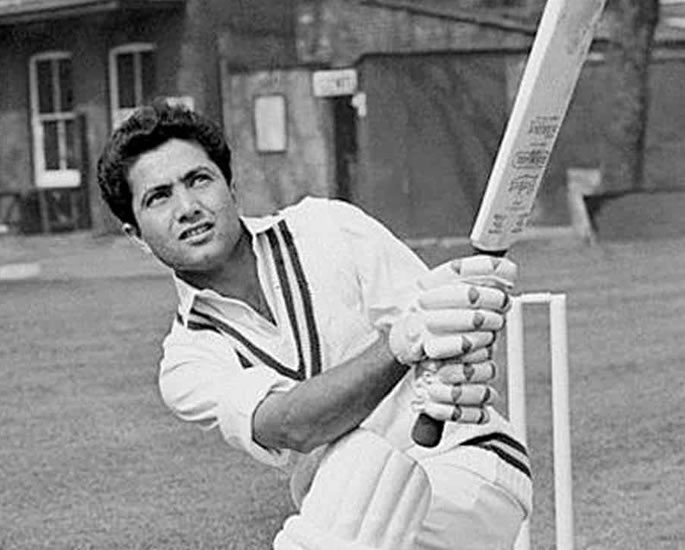 Hanif Muhammad is a legendary pioneer who is regarded as the inventor of the ‘reverse sweep’ batting technique.

His resolute and staunch defence, along with captaining and wicket-keeping skills, earned him the famous ‘Little Master’ tag.

Hanif Mohammad played the most extended innings in Test match history (970 minutes), which came in his 337-run innings against the West Indies.

He was selected as a Wisden Cricketer of the Year in 1968 and got inducted into the ICC Hall of Fame in 2009. 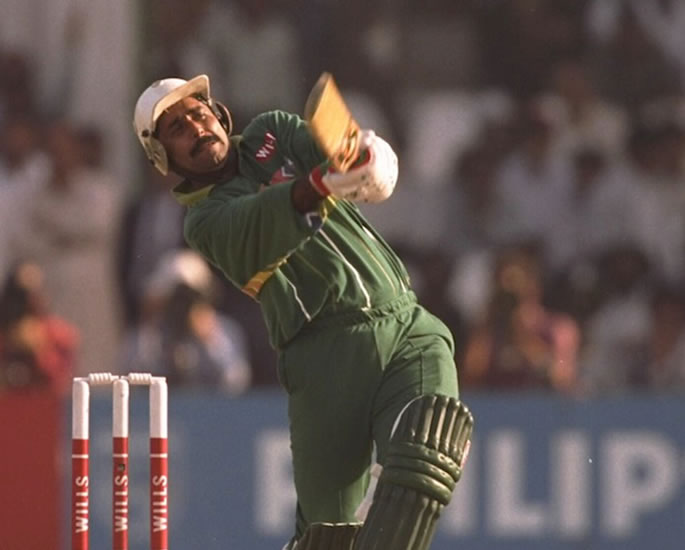 Known as the ‘Street Fighter’, Javed Miandad is another legend from Pakistan and is regarded as the “greatest batsman Pakistan has ever produced”.

He was inducted into the ICC Cricket Hall of Fame in 2009. 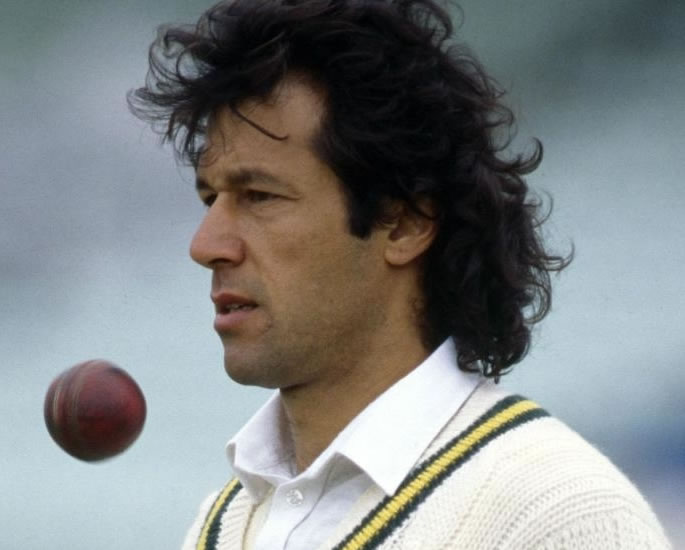 Imran Khan is one of the most outstanding all-rounders the sport has ever seen.

He is known for leading Pakistan to its first-ever World Cup title in 1992.

Khan was also heavily involved in politics and formed the Pakistan Tehreek-e-Insaf in 1996. He became Prime Minister in 2018 and remained in office until 2022.

Imran Khan also built the first cancer hospital in Pakistan in Lahore and is now building another in Karachi. 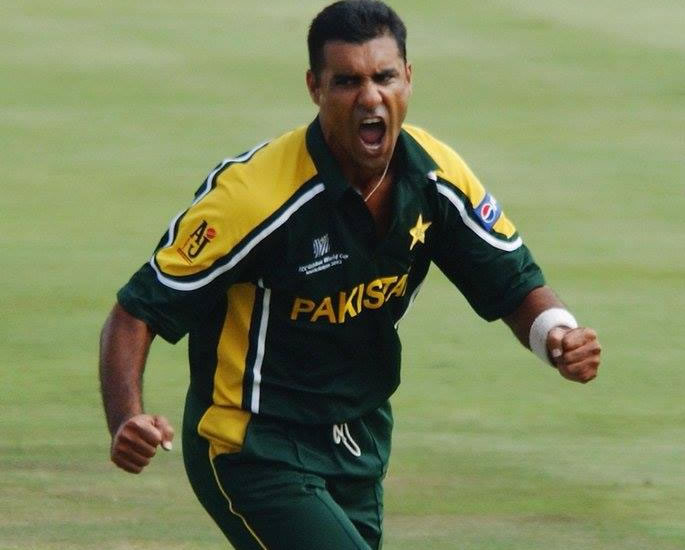 Waqar Younis is one of the greatest bowlers Pakistan has produced. He was famous for the ‘reverse swing’ and high-speed ‘yorkers’.

He has the second-best strike rate after South African cricketer Dale Steyn (350+ wickets) and is the youngest bowler to take 400 wickets in ODIs.

Younis formed a lethal duo with Wasim Akram, known as Two W, and was placed in the top ten of all time based on ICC rankings.

He was again appointed as Pakistan’s bowling coach in 2019. 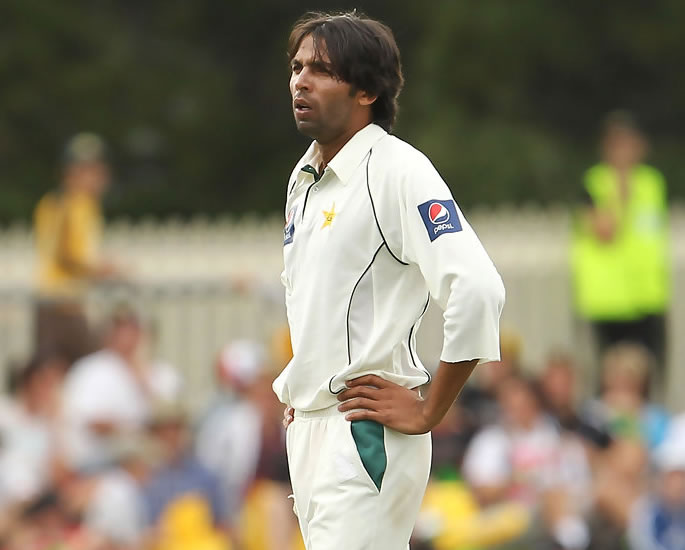 Muhammad Asif is considered to be one of the greatest bowlers Pakistan has ever produced. He made his debut in 2005 and was one of the most effective bowlers of his time.

He didn’t play many matches but produced many magical moments.

Asif became embroiled in controversy when he was banned in 2010 for match-fixing. His ban ended in 2017 but unfortunately, he was not selected for the national team again. 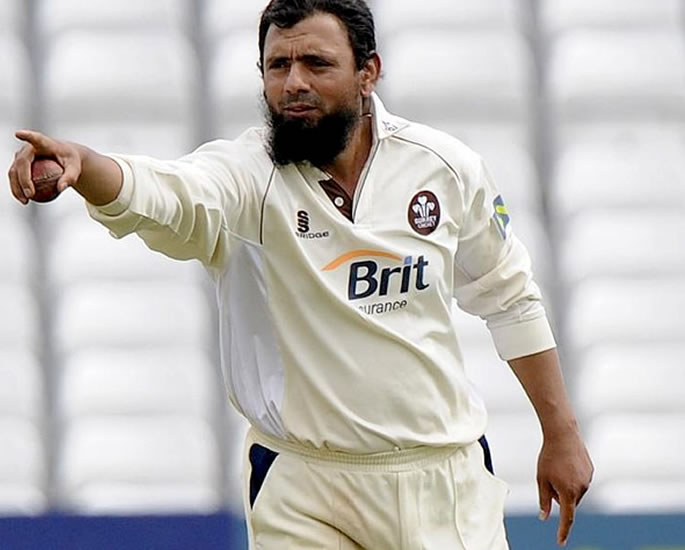 Saqlain Mushtaq is one of the greatest players from Pakistan but didn’t receive enough appreciation.

He was the fastest to 200 and 250 wickets in ODIs and could have taken much more if he played for longer.

Unfortunately, he didn’t play cricket for long, retiring at the age of 31. 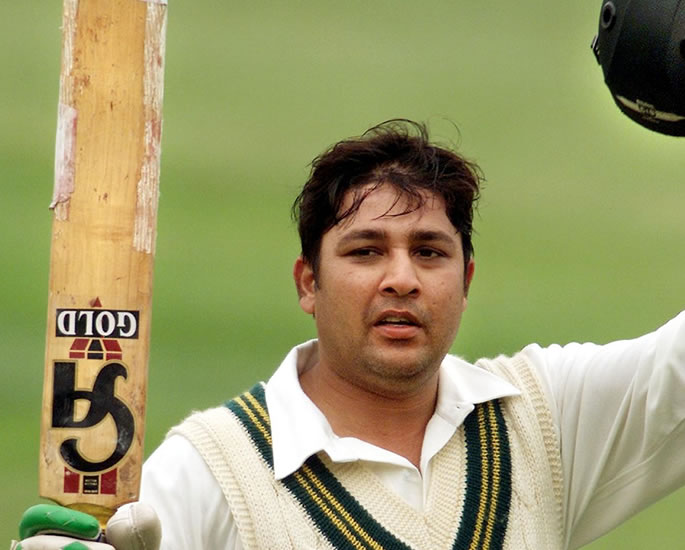 A great puller, cutter, and driver, Inzamam-ul-Haq was a reliable batsman and Pakistan’s leading run-scorer in international cricket with 20,541 runs.

Inzamam-ul-Haq released a biography that has been translated into 13 different languages.

He was appointed a batting consultant for the Pakistan cricket team and then chief selector. 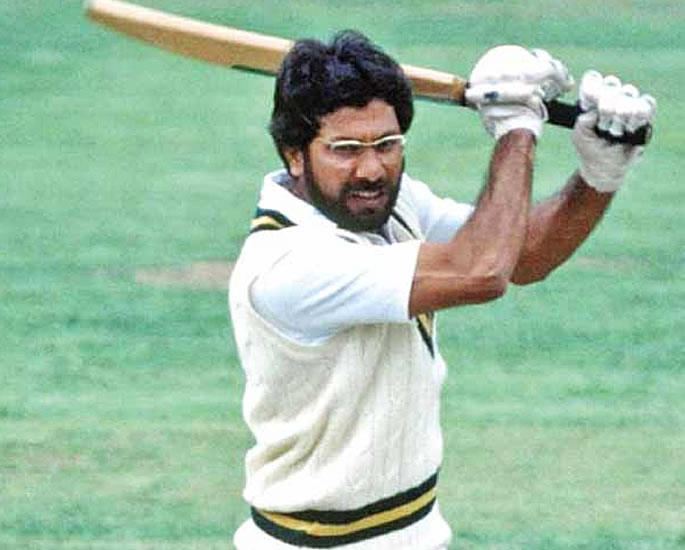 Known as ‘Asian Bradman’, Zaheer Abbas was a fine, elegant and stylish batsman.

He is widely regarded as one of the finest Test cricket match players ever.

Abbas was the first batsman to score three back-to-back centuries in ODIs and Tests. 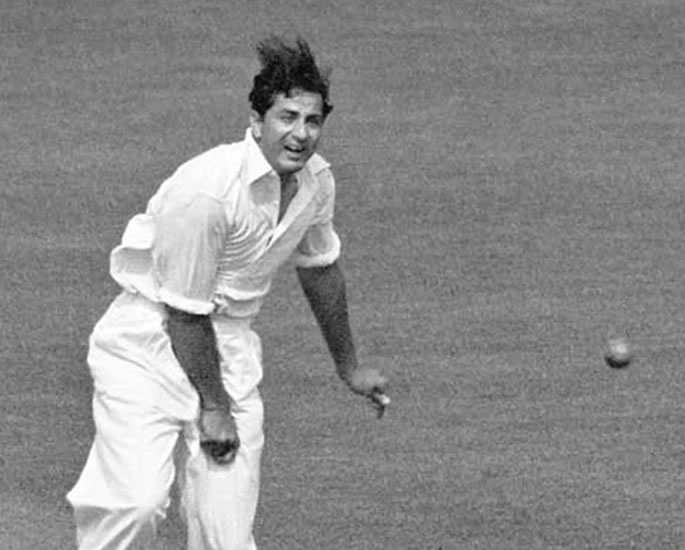 Fazal Mahmood was one of the early heroes of the Pakistani national side.

He picked 12 wickets in Pakistan’s second Test match in 1952, which was against arch-rivals India.

Mahmood helped Pakistan to its maiden wins against Australia and England by taking 13 and 12 wickets against them, respectively.

He took 139 wickets in 34 Tests cricket matches and is known as one of the best bowlers Pakistan produced in the early days. 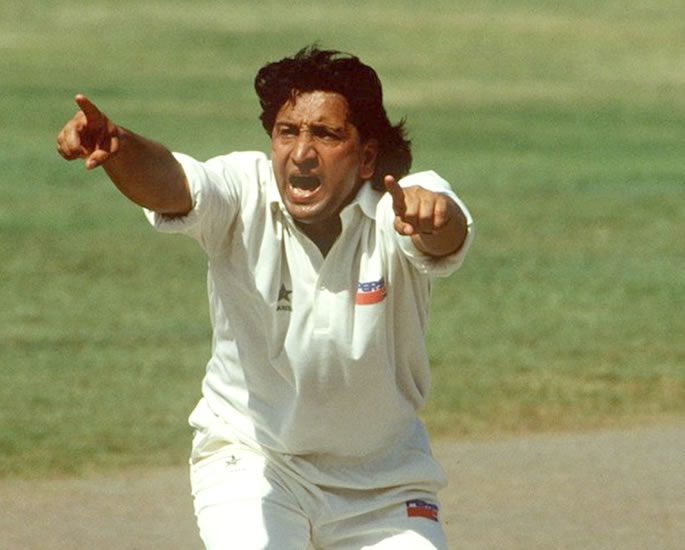 Abdul Qadir is one of the finest leg spinners produced by Pakistan.

He was a master of the ‘googly’ bowling technique and kept leg spin alive during the era of fast bowling.

In 2008, Abdul Qadir was appointed as the chief selector for the national team’s series against India. 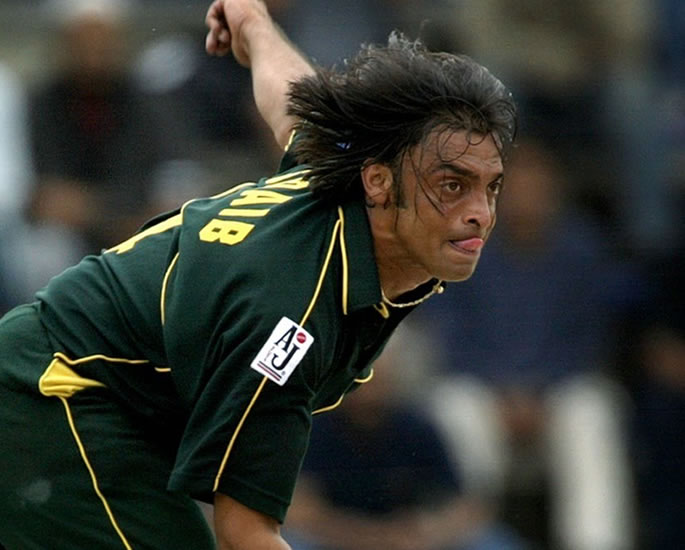 Known as ‘Pindi Express’, Shoaib Akhtar is one of the most iconic Pakistani fast bowlers.

He was a controversial figure and was often accused of unsportsmanlike conduct.

Akhtar was also known for his high-speed bowling and in 2003, he became the first bowler to break the 100mph barrier.

When he retired in 2011, Akhtar was the seventh-highest wicket-taker for Pakistan. 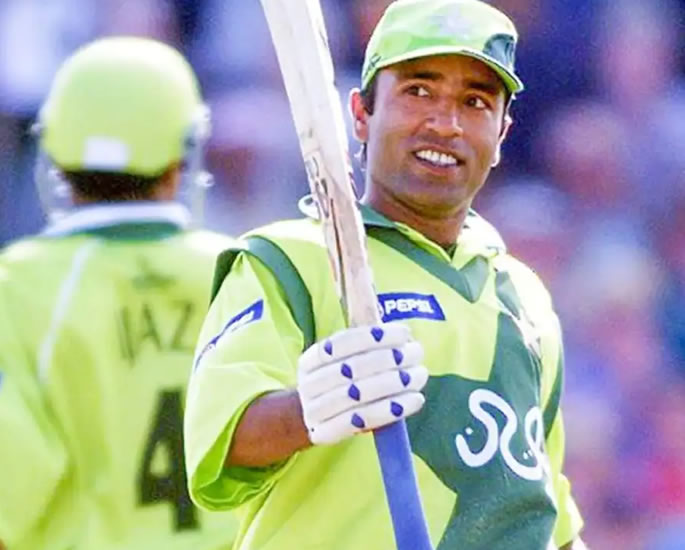 Saeed Anwar was known for his reliability as a batsman.

He scored 194 runs against India in Chennai in 1997, the highest score by any batsman in ODIs at the time. 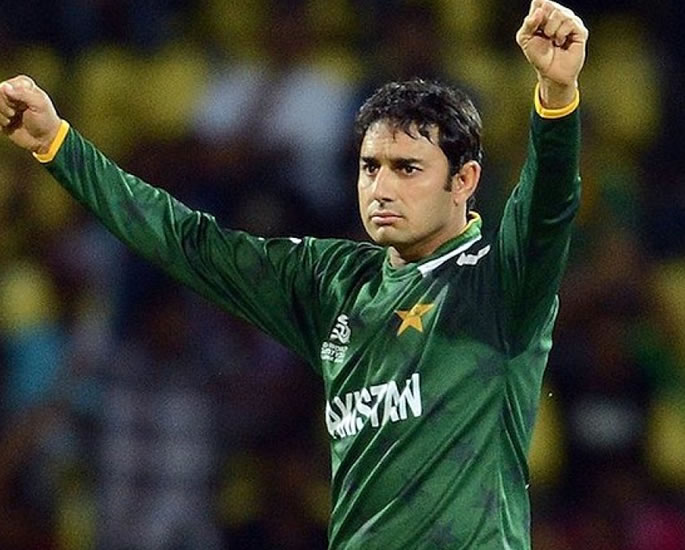 Saeed Ajmal is one of the best off-spinners to play for Pakistan. He gave many magical performances for the national side throughout his career.

Known for his versatility, Ajmal could bowl six varieties in an over and used to deceive batsmen with his ‘off-spin’, ‘top-spin’, ‘googly’, ‘doosra’ and ‘teesra’. 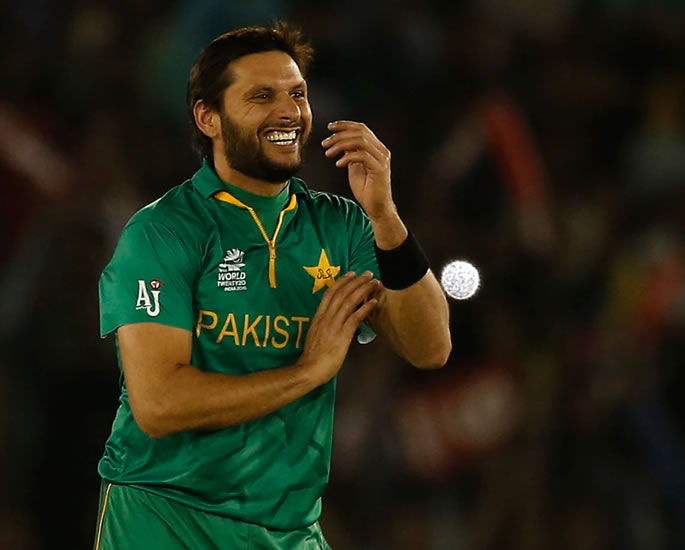 Also known as Boom Boom, Shahid Afridi is one of the most well-known faces to put on the green jersey.

He was a big game player and gave many remarkable performances for Pakistan.

He finished his career as one of the only three all-rounders with 10,000 runs and 500 wickets.

Moreover, he has scored the most sixes in the ODI format.

He founded his own Shahid Afridi Foundation which works to provide education and healthcare facilities in Pakistan. 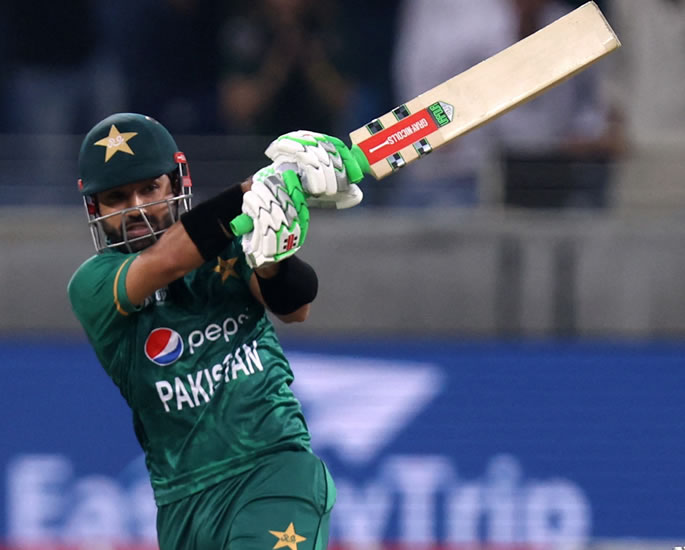 Babar Azam is the current Pakistani captain of all formats and is regarded as one of the best players in the world by many.

He became the joint-fastest player to reach 2,000 ODI runs.

While his first few years of Test cricket did not offer him the instant success of white-ball cricket, consistent gains year after year have seen him rank among the top Test batters since the beginning of 2018, as well. 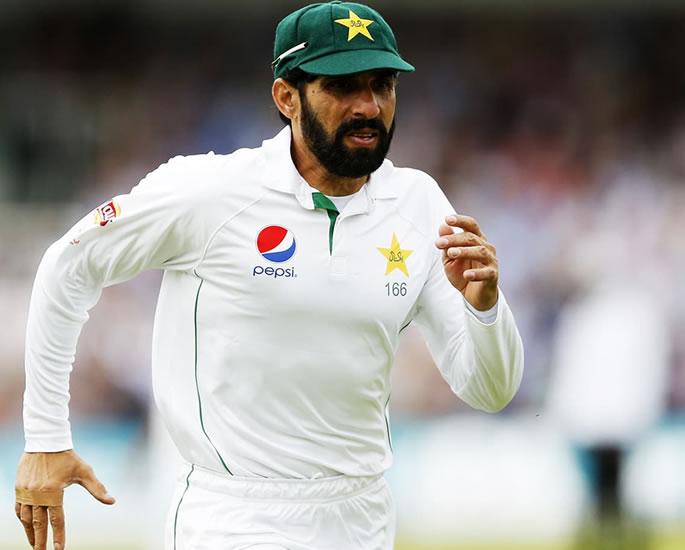 Former Pakistani cricket captain Misbah-ul-Haq was a reliable batsman. He used to bat with composure but was a great hitter of the ball whenever his team needed it.

He holds the record for the fastest 50 in Test cricket and the joint-fastest century.

Misbah-ul-Haq also has the record of scoring the most runs in an ODI without a century.

He announced his retirement from ODIs in 2015 and later retired from all types of cricket in 2017.

Away from cricket, Misbah-ul-Haq completed a master’s degree in Human Resource Management from the University of Management and Technology in Lahore, Punjab. 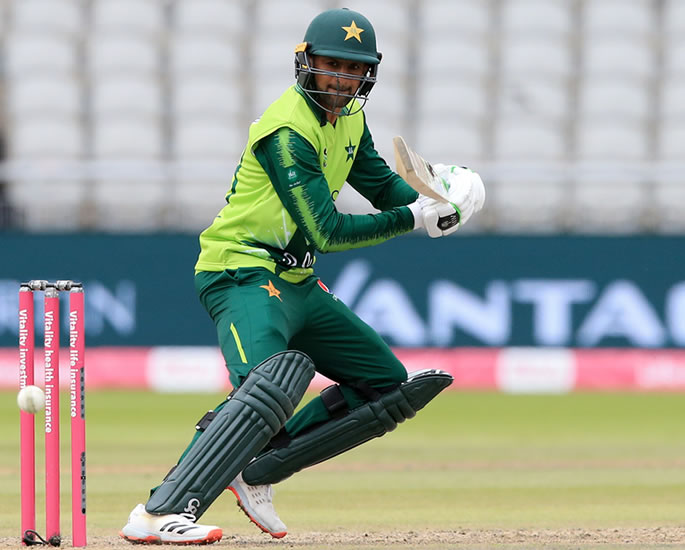 Shoaib Malik made his ODI debut in 1999 and his Test cricket match debut in 2001.

He retired from Test cricket matches in 2015 and retired from ODIs after the last group-stage game against Bangladesh in the 2019 Cricket World Cup.

Malik is the first Asian and third overall cricketer to score 2,000 runs in T20Is, and the first player to play 100 T20s.

Pakistani cricket has always been surrounded by dynamic players who combine talent, enthusiasm, and pride to create a strong mix.

In the years between the early 2000s and the present period, several players have broken onto the international cricket scene and established themselves.

Some iconic Pakistani cricket players have scored a significant number of runs with their bats, while others were cunning bowlers who could effectively take out their opponents with ease.

Regardless of the particular field, they excelled and made a mark on the sport.

Umar is a sports writer and enjoys a variety of sports himself including cricket. His motto is "Don’t race against others, race against yourself."
Hamzah Sheeraz calls out ‘Thick’ Amir Khan for Fight
Bhupinder Singh Gill to officiate Premier League Match