"Our youngest competitor is 10 years old, while the oldest is 80 years young!"

Super Marathon man, Ziyad Rahim has teamed up with the Pakistan Air Force (PAF) and Serena Hotels to launch the 2018 Pakistan Karakoram Marathon through his company Z Adventures.

This is the second official marathon to be held in Pakistan after Ziyad hosted the 2016 Hunza Marathon, which focused on raising awareness and providing funds for charity.

The organiser of the Karakoram Marathon, Ziyad Rahim is an avid runner himself. He has accomplished over 200 long-distance events in more than 50 countries.

Ziyad has attained 10 Guinness World Records in long-distance running. He is the only man across the globe to have achieved a half marathon, full marathon and an ultra-marathon on every continent. 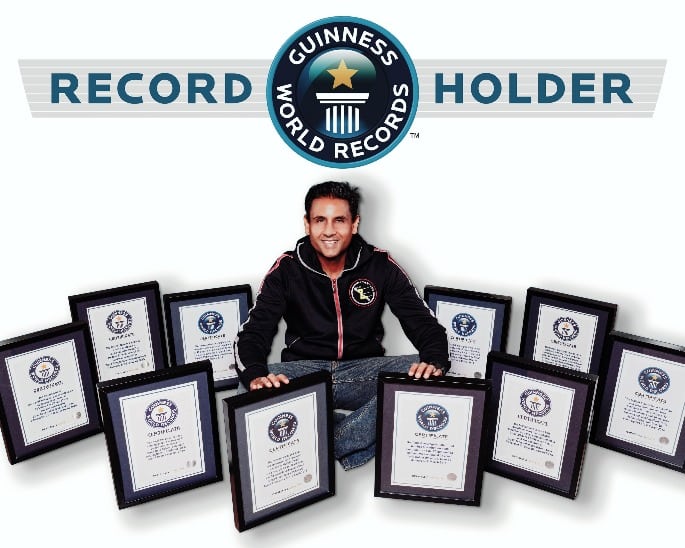 Ziyad is also a member of the selected seven continents marathon club, after successfully completing the circuit six times.

Out of the six times he has completed the seven continents circuit, 1 consisted of ultra-marathons, 1 being half marathons and 4 were full marathons.

He extended his love for marathons by setting his company, Z Adventures. This is a sports travel company that manages luxury running and multisport adventures worldwide.

Ziyad said: “Pakistan is going through a transformation phase and the idea is to bring world record-breaking marathon runners to our country and show them what a beautiful country it is.”

“A few years ago, my company organised a marathon in Hunza Valley where we collaborated with Serena Hotels.”

“It was a huge success and that led to a ten-fold increase in foreign runners this time.”

DESIblitz exclusively provides all the marathon details including some notable participants of the event, which begins on August 29th, 2018. 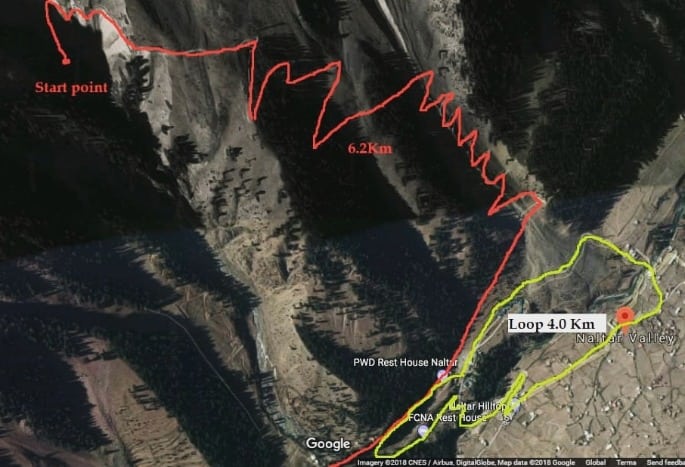 Naltar, a stunning valley in Gilgit District, Gilgit-Baltistan is the setting for the first Pakistan Karakoram Marathon.

It is a high-altitude event as the chosen valley is situated at over 8,000 feet above sea-level.

Thirty-five international athletes from 24 nations arrive in the capital Islamabad on Sunday 26 August to compete in this mouthwatering challenge. Thirty-five runners from Pakistan will also participate. All the runners of a varied age group will be joined by 70 armed forces staff.

Ziyad added: “We have a star-studded field of marathon globetrotters from over 24 countries who have signed up for this challenge.”Most of them have broken several world records in marathon running.

“Our youngest competitor is 10 years old, while the oldest is 80 years young!”

“Combined, the runners have run over 3,000 marathons between them covering 158 countries. It will be everyone’s first marathon in Pakistan, so they are anxiously looking forward to the adventure.” 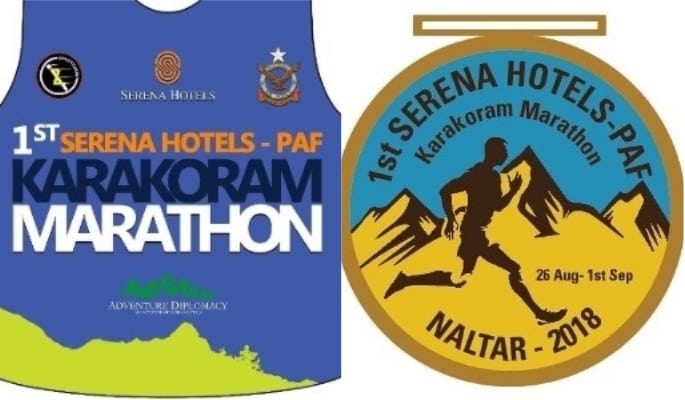 Ziyad and his company have collaborated with PAF and Serena Hotels to make the event possible.

Serena Hotels partnered with Z Adventures to host the Hunza Marathon in 2016. They will once again be the primary sponsor and travel partner.

The five-star hotel will house the participants over the course of the event. Representatives from Serena are excited about the prospect of teaming up with Z Adventures to showcase yet another successful marathon.

The PAF is responsible for the logistics of the event. They regularly organise ski events in the valley. To host a long-distance running event is new ground for them.

Air Commodore Shahid Nadeem, Project Director said: “Hosting the event will make the world realise how beautiful and hospitable Pakistan is and to portray a soft image of our country abroad.

“We have been holding international ski federation races for the last three years. But there was no activity for the youth during summer time.

“Moreover, this PAF intends to develop Naltar Valley as a model valley to be replicated in other parts of Pakistan. In this regard lot of plantation has been done in the area. Similarly, efforts are also in hand to rewildering of the valley.”

Both partners are proud that such a unique event is coming to Naltar Valley.

Runners from most continents of the world will compete for Pakistan Karakoram Marathon medals in late September 2018. All are experienced marathon runners with some holding world records of some sort. 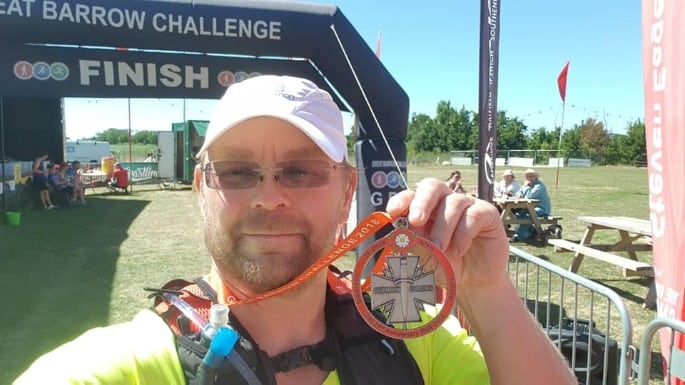 Dan holds a Marathon World Record for running 58 marathons in 58 countries in the space of a year (2017).

Czech born Dan is the only Marathon enthusiast to achieve Titanium level three times in a single year (2017). Dan has run 178 marathons in 71 countries and is marathon country-count leader of Czechia.

The IT Contractor whos live in Dunstable, Bedfordshire spoke of his devotion to marathon running saying: “Those who know me, would diagnose my condition as ‘severe addiction to international marathon running.’ And they wouldn’t be far from the truth.”

“Apart from work and the occasional few hours of sleep, it’s pretty much all I do these days.”

Dan has never been to Pakistan but is excited at the prospect of competing there.

“It’s an event that was originally supposed to be my 200th race of marathon distance or longer, but that would have required a couple of weeks’ worth of rest, which is something I’m not too good at. But 202 is a nice number, too…” 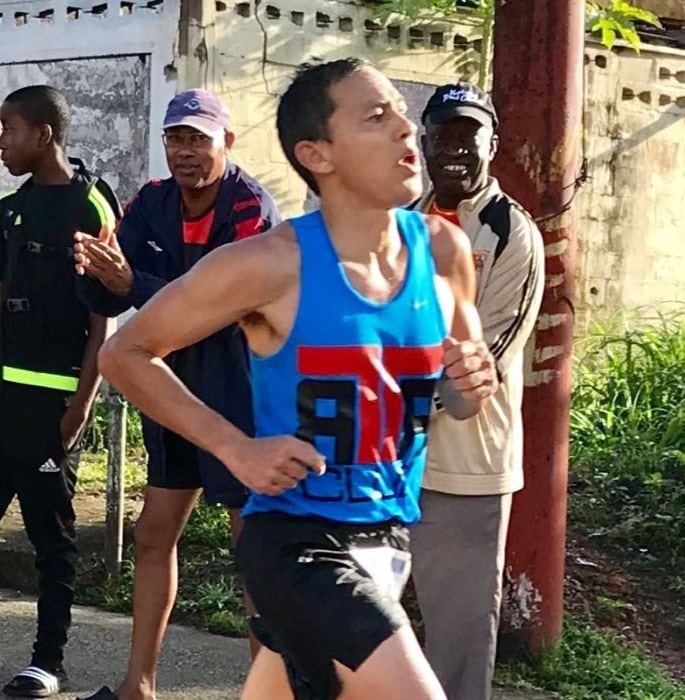 Presently, John has run 110 marathons in 48 countries. On this trip to Pakistan, he aims to complete his 50th new country.

Speaking about the beauty of Pakistan, John says: “I have read that the mountains and valleys of Pakistan are among the most beautiful in the world. It is a privilege to run there.” 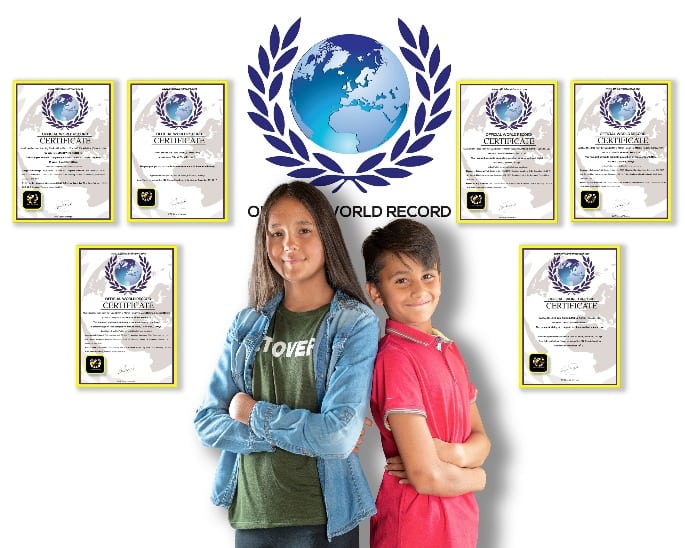 The two siblings, Zara and Meekal add young blood to this Marathon. Like their father Ziyad, they have developed a passion for running. along with their mother Nadia Rahim. Both have competitive pedigree when it comes to marathon running.

Zara and Mekaal are the youngest female and male to succeed in completing a full marathon on all continents.

They began their pursuit of seven continents after watching a documentary on the plight of Syrian refugees struggling to find a safe place to live in.

They achieved this feat in March 2018 when they completed the marathon in Canberra, Australia. In doing this, they beat the previous record held by Blanca Ramirez and Nik Toocheck of America.

The two are also the youngest female and male to complete the Antartica Ultramarathon in gruelling conditions of -10ºC.

When discussing her will to carry on in such difficult conditions Zara explained: “Whenever I was cold and tired, I kept thinking about how those Syrian kids managed to travel those long distances.”

“I was exhausted but I kept going and my parents helped me a lot. It was a great feeling when my brother and I finished the race together.”

Similar to their father, they too are multiple record holders having broken six world records between the two.

At ages 11 and 10 respectively, Zara and Mekaal are globetrotters, having visited 64 countries on seven continents.

So far, they have completed over 100 long-distance events in 15 countries. 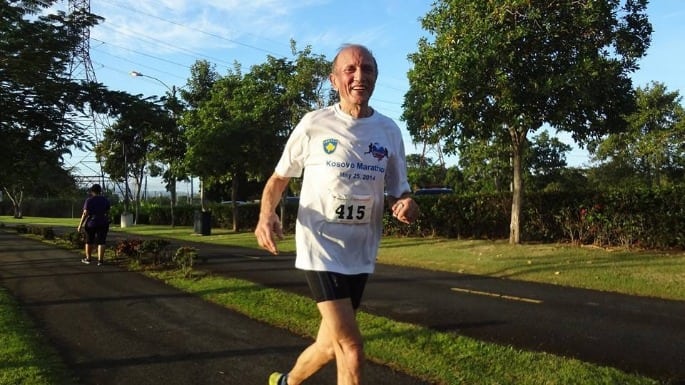 At 80 years old, Dr. Jurgen Kuhlmey is the oldest marathon participant but is still going strong.

The retired scientist incredibly began marathon running from the age of 47 and has completed 608 marathons in 90 countries.

He is the oldest man to complete at least one marathon on all seven continents as well as the North Pole.

On a general level discussing his marathon targets, Dr. Kuhlmey mentions: “My aim always is never to be last. I am always in the middle of the second half and I am very much satisfied.”

“My time might be decreasing but my endurance is increasing. In many cases, I feel better than before.”

His other interests include flying Cessna planes and superbike riding at 300km/h on the German autobahn. 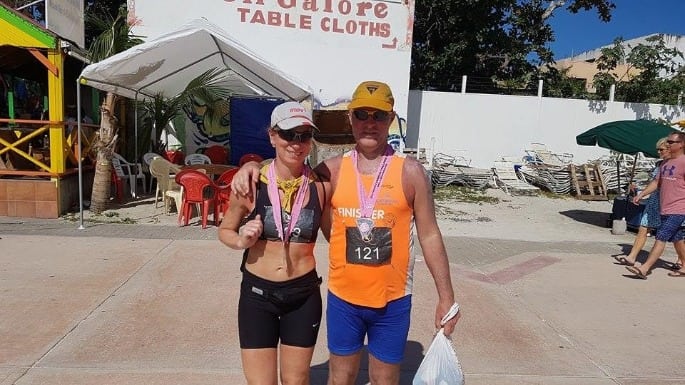 The husband and wife pair who take part in long-distance running all over the world will participate in the Pakistan Karakoram Marathon.

Pakistan will be the 100th country for Janos to run in. 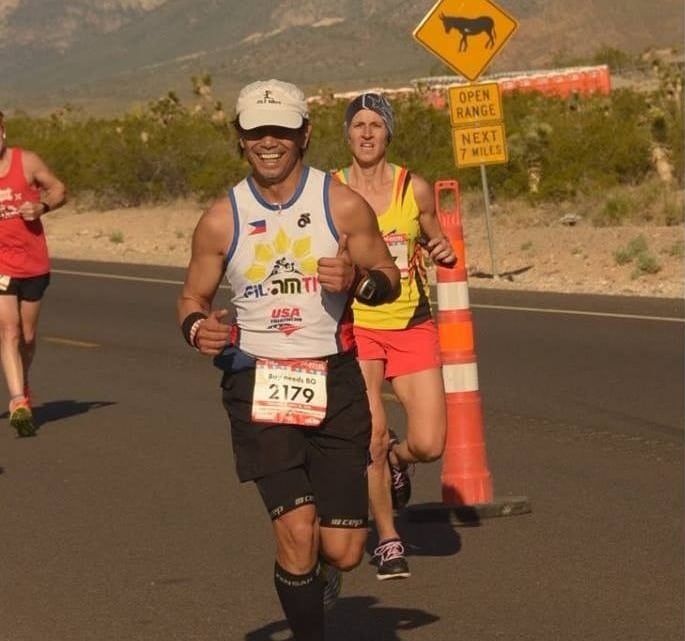 JC Santa from the USA is a Guinness World Record holder for completing the most ultra-marathons consecutively. He achieved this feat when he ran 50K races for 21 days uninterrupted.

He wiped out the previous record which was 14. JC completed this achievement from 10-31 December 2014 with his races taking place throughout Calfornia and Texas.

A the time praising her father’s world-record, his daughter Kara Santa Teresa said:

“He is now a Guinness World Title holder.”

“You are a true inspiration and I hope to be as dedicated, motivated, hard-working, and committed to running as you are someday.”

The former president of Rockland Road Runners is a 10-star  Marathon Maniac, He has competed in over 300 marathons spread over 50 US States and 7 continents.

Other than the above, other athletes participating in the Pakistan Karakoram Marathon include Rene Olson (Denmark), David Darton (UK), Colin Lea (UK) and Phillpe Waroux (France).

Ziyad will not be running this marathon. As it is a technical course, he will be managing the runners and all activities. Plus he wishes to run Pakistan as his 100th country.

All the events structures by Z Adventures are bespoke running challenges and are planned by the founder Ziyad Rahim. No other company does anything like this and in so many countries.

Ziyad has organised Marathons in 37 countries covering all 7 continents. For other challenges, Z Adventures organises, check out www.z-adventures.org.

DESIblitz congratulates Ziyad Rahim and Z Adventures for truly putting Pakistan on the world marathon map. This will project the positive side of a magical nation.

We hope this 2-yearly marathon event continues to take place in Pakistan.