Arjun Kapoor Unveiled as Face of Spanish LaLiga in India

Bollywood actor Arjun Kapoor has been named the face of the Spanish LaLiga in India. He will be visiting Valencia to promote the top matches in the league.

Arjun's announcement will only make the LaLiga more popular

Bollywood film star Arjun Kapoor has been named as India’s face of the Spanish LaLiga on Sunday, August 19, 2018.

The actor is a huge football fan and even co-owns a football team.

He is the co-owner of FC Pune City, who play in the Indian Soccer League (ISL).

Arjun has now become India’s face of one of the best football leagues in the world.

The LaLiga boasts two of the best teams in world football, Barcelona and Real Madrid.

Their bitter rivalry also makes for arguably the most watched football derby in the world.

Arjun’s announcement will only make the LaLiga more popular especially since football is growing in popularity in India. 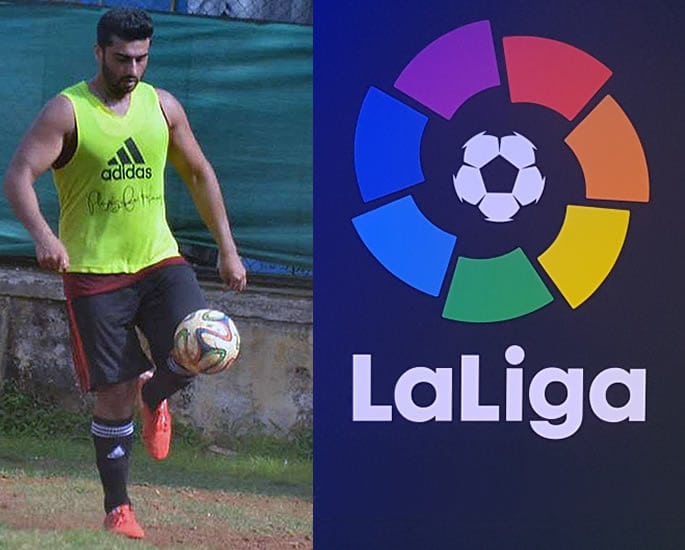 His social media is filled with football-related posts. This is a major reason why Arjun has become the face of Spanish football in India.

Later this month, he travels to the city of Valencia where he will attend the game between Atletico Madrid and Valencia.

The actor will also go to other parts of the country to promote the top league matches for Indian fans.

Arjun Kapoor took to his Instagram page to share his elation about becoming India’s face of LaLiga with his 8 million followers.

As well as sharing his excitement, Arjun also unveiled the official match ball for the 2018/19 season.

Arjun’s large social media following will engage with football fans in India, especially since he is a well-known actor.

When talking about his association with LaLiga, Arjun said:

“I love football and have always found LaLiga a representation of the passion, colours and adrenaline rush of the game.”

“As the person representing this league and bringing its magic to Indian fans is a lot of fun.”

“I look forward to watching LaLiga games and exploring different aspects of this league.”

Arjun Kapoor is not the only Bollywood superstar to be the Indian ambassador for a top football league.

Fellow Bollywood actor and friend of Arjun, Ranveer Singh, who starred together in Gunday, is India’s ambassador for the English Premier League.

The Padmaavat actor was pictured attending the opening game of the season between Manchester United and Leicester City on Friday, August 10, 2018.

Images courtesy of BBC and Filmfare