Two men were shot dead with a crossbow during a cannabis farm raid in Brierley Hill, which is a town in the Dudley Metropolitan Borough.

"A crossbow was discharged on two occasions."

An inquest heard that the two men killed during a cannabis farm raid were shot in the stomach with a crossbow.

The property had been targeted by robbers during the early hours of February 20, 2020.

An inquest into their deaths was opened at Black Country Coroner’s Court in Oldbury on February 26.

Detective Chief Inspector Jim Munro explained that approximately nine people tried to gain access at the back of the property at around 3:30 am where a “large number of cannabis plants were growing”.

The occupants of a house next door had come out to confront the gang.

DCI Munro said: “A crossbow was discharged on two occasions.

Mr Ramzan, of Pensnett Road, was taken to Russells Hall Hospital in Dudley where he later died. Mr Douglas, of Moseley, collapsed in nearby Wilson Road where he was pronounced dead.

Both men died as a result of a “penetrating abdominal wound“.

Following the incident at the cannabis farm, several arrests have been made.

On February 24, Omar Ramzan, aged 23, of Pensnett Road, was arrested and charged with the two murders. His father, Saghawat Ramzan, was already charged and is currently remanded in custody.

A 21-year-old man was arrested after a VW Sirocco was stopped in North Place, Dudley. He is in police custody for questioning about the cannabis farm robbery.

A 23-year-old man was arrested on February 25 on suspicion of conspiracy to rob. He remains in police custody.

A 32-year-old man from Brierley Hill was arrested on suspicion of assisting an offender. He has now been bailed.

However, a 19-year-old man has been charged with conspiracy to burgle and perverting the course of justice. He is now in prison on remand.

Three other men who were previously arrested have been released on police bail.

While the investigation continues, senior coroner Zafar Siddique has suspended the inquests until criminal proceedings have concluded. 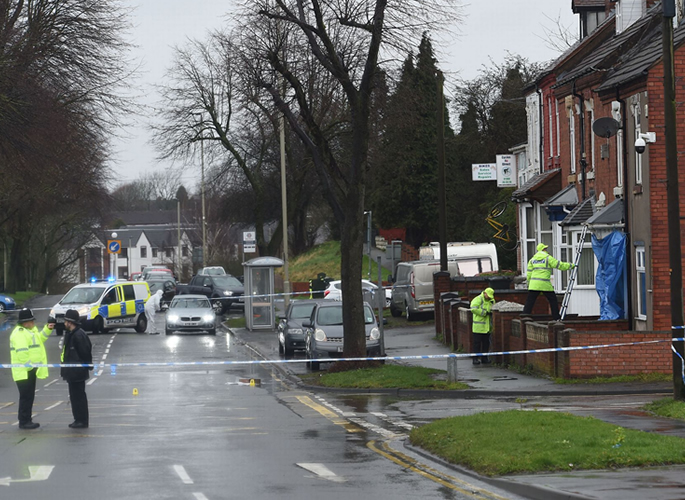 Tributes have been paid to both men.

“This is a really difficult time for the family and friends of Waseem Ramzan.”

“We would appreciate if you could all remember him in your prayers and if possible give to charity in his name.

“To God, we belong and to God, we shall return.”

The boxing community paid tribute to Mr Douglas, who was an international kickboxer. He was described as a “kind, considerate, extremely talented” athlete.

“We received the unthinkable news that we had lost one of our members, our fighters, our friends and our family at the USKA gym.

“Our beloved brother Khuzaimah Douglas passed away and we all feel absolutely devastated and heartbroken following the news.

“Khuzaimah was a kind, considerate, extremely talented and humble young man who everyone had a connection with, an older brother to the USKA kids and a younger brother to all the seniors.

“To see the effect that this has had on each and every member at the gym last night was truly heartbreaking.

“I can only imagine what his family are going through right now having to process the situation and come to terms with their unimaginable loss.”

Dhiren is a journalism graduate with a passion for gaming, watching films and sports. He also enjoys cooking from time to time. His motto is to “Live life one day at a time.”
Indian Man killed after receiving SMS from Married Woman
Indian Groom runs from Wedding so New Groom Found in 2hrs