Indian Teenager who inserted Wire Through Genitals has Surgery

An Indian teenager who forced an electric wire down his urethra for sexual pleasure required immediate surgery when it became knotted in his bladder.

"It curled up and pushed deeper until it reached his bladder."

An unnamed 18-year-old Indian teenager from Uttar Pradesh had special surgery on Thursday, September 27, 2018, to remove an electrical wire which had become knotted in his bladder.

The teenager struggled to urinate and was in agony when the wire became tangled in his bladder, which is when he went to the hospital.

According to BMJ Case Reports, the young man had put the wire up his urethra for “eroticism”, to arouse himself.

Doctors looked in his medical history and found it was not the first time putting strange objects into his urethra.

They assumed that the reason for his latest visit to the hospital was because he had inserted another object. Doctors immediately conducted scans.

X-Rays were conducted by doctors at King George’s Medical University in Lucknow, which showed the object coiled in his bladder.

However, when questioned by doctors as to how the wire got there in the first place, the patient did not confess to his reason.

Urologists were forced to use a laser to break the wire up into smaller pieces in order to pull it out. 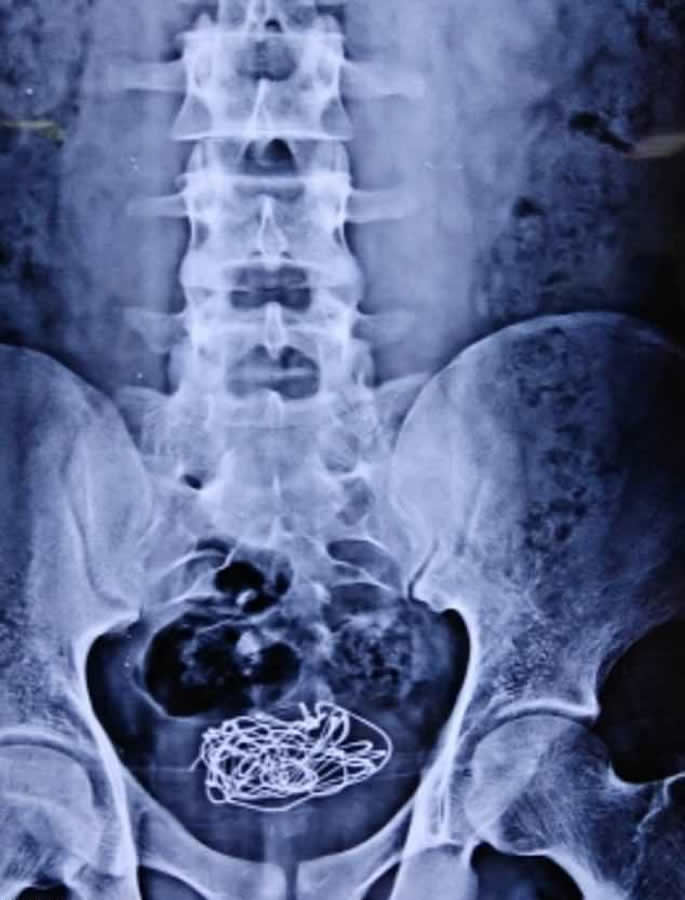 Medics explained the procedure, they said:

“It was managed by endoscopic removal following fragmentation of wire under local anaesthesia using a holmium laser.”

It is thought that the wire reached his bladder because of the contractions whenever the teenager tried to urinate.

As a result of the contractions, it curled up and pushed deeper until it reached his bladder.

The teenager’s repeated actions of putting objects up his urethra resulted in psychiatric tests being conducted.

Dr. Ajay Aggarwal, the lead urologist, claimed the young man had no psychiatric illness as an evaluation proved “unremarkable”.

Lucknow urologists initially attempted another procedure before using the laser.

Doctors first tried to remove the wire through a cystoscopy, a procedure to look inside the bladder using a thin camera.

This proved difficult as a result of it being tangled.

They then used the laser, which was attached to a thin wire and pushed down his urethra. 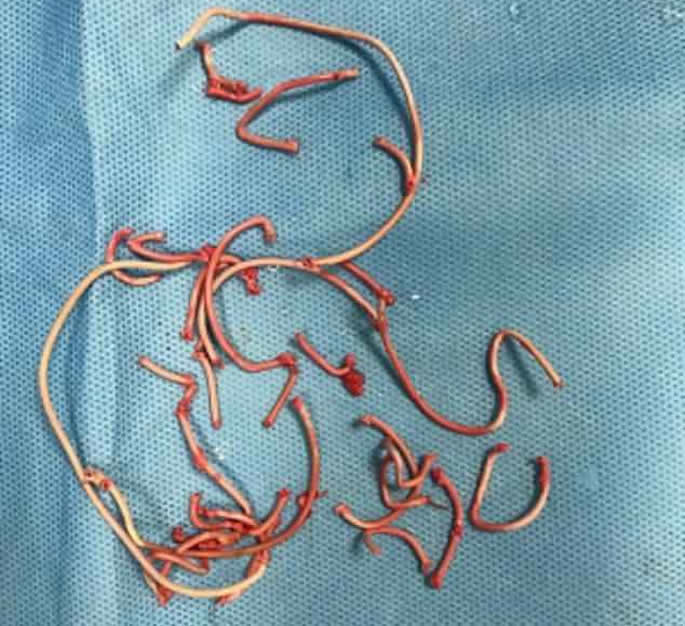 The powerful laser was shined on the coiled wire, which broke it down into smaller pieces. It was then removed out of his urinary tract.

But this case proves that laser is also an effective tool for breaking down materials and removing them endoscopically.

The operation was successful and the teenager was discharged from hospital 24 hours after the procedure.

Surgery image for illustration purposes only

Brothers jailed over Cannabis Farm worth up to £286,000
Football Coach jailed for Historic Sexual Abuse of Boys