Wives unhappy with their husbands have led to attacks on their genitals. We take a look at five real cases that happened in India.

"Ahmed ignored her accusations so she cut his genitals using a knife."

Suspicions and unhappiness can make Indian wives take extreme measures. Including the growing trend of attacking their husbands and their genitals.

By punishing their husbands purely by launching an attack on their genitals seems to be a way of appeasing themselves of justice being done.

A number of reasons have led to such cases including attempted rape. But revenge against a husband’s cheating is the main one.

More and more Indian women are taking matters into their own hands and no longer letting husbands do as they want.

They see these attacks on their genitals as a way of teaching them a lesson.

We present five real stories of Indian wives who injured their husbands where it hurts most – their genitals.

This first story tells us of how an Indian husband with more than one wife was injured for not showing enough attention to the first wife.

A woman in Northern Indian chopped off her husband’s penis for allegedly neglecting her and spending time with his second wife, police said.

The incident happened in the Muzaffarnagar district of Uttar Pradesh on August 1, 2018.

Yunus Ahmed, aged 45, was admitted to hospital in a very serious condition. The unnamed woman was arrested on Thursday, August 2, 2018.

Police said that Ahmed married for the second time with consent from his wife last year since they did not have a son.

The two often argued over his staying at the second wife’s residence.

This comes after Ahmed’s second wife recently gave birth to a baby boy, therefore, he stayed there for some time.

“This apparently angered the first wife.”

“On Wednesday, their fight escalated and the woman repeatedly accused Ahmed of not spending time with her.”

“Ahmed ignored her accusations so she cut his genitals using a knife.”

“He was rushed to hospital in a serious condition and is receiving medical treatment.”

Ahmed’s relatives filed a police complaint and the woman was detained shortly after.

The woman faces charges of causing grievous hurt and bodily harm and faces a maximum of 10 years in jail. 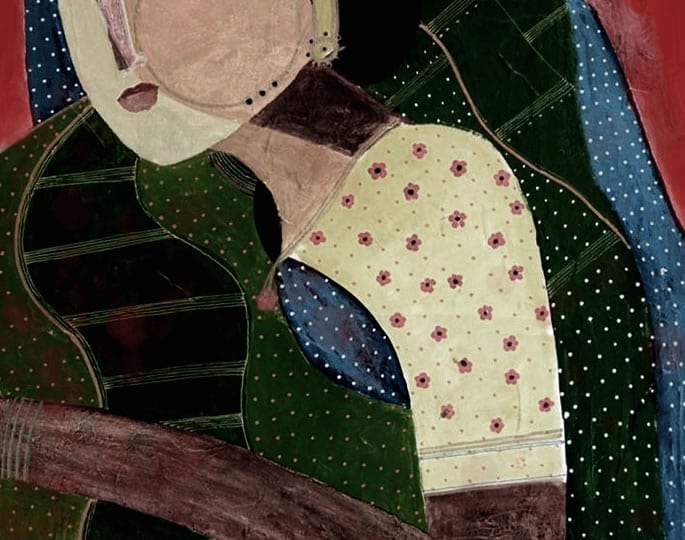 This account of a suspicious wife from Punjab led to her not just attacking her husband’s genitals but also getting rid of them.

This incident happened in the city of Jalandhar, Punjab on February 20, 2018.

Sukhwant Kaur, chopped off her husband’s genitals and flushed them down the toilet as she suspected he was having an affair.

The mother of two thought her husband Azad Singh was cheating on her and decided to take action.

“The woman first hit her husband with a rod when he was sleeping which left him unconscious.”

“Thereafter, she chopped off his genitals with a knife and later flushed them down the toilet.”

Singh was taken to hospital in a serious condition.

ACP Kumar said that Sukwant “doubted that her husband had an illicit relationship and resorted to extremities because of it.”

Singh’s father filed a complaint and a case has been registered against the woman.

Carrying It in Her Purse

This shocking story reveals how the Indian wife did not just remove her husband’s genitals but she actually took them with her.

In July 2017, a woman called Sarasu, from near Thuthipattu in Tamil Nadu was arrested by police for chopping off her husband, Jagadessan’s genitals after a fight over his adultery.

Police retrieved the chopped off part of her husband’s genitals from the woman because she was carrying it in her purse, on her way to see her parents.

“We arrested the woman today when she was on her way to her parents’ house in V Kotta. She was carrying in her purse the chopped off part of her husband’s genital”.

It was revealed that the couple got married after falling in love over 14 years ago when they worked in a garments factory and had a son and three daughters together.

However, following a family dispute, Sarasu had returned her parents’ house and was living there, while the children lived with their paternal grandparents in Gudiyattam.

It was following a return visit to celebrate her son’s birthday when she stayed over at their marital house in Lingundram, the incident took place.

On a Wednesday night, her husband was in a drunken state and he started an argument with Sarasu.

He suspected her of having an affair whilst being at her parents’ home and according to her statement, the police said:

“He also repeatedly told his wife that she had grown old and he was going to get married to another woman.”

She argued back about his adultery and for bringing his lover back to their house while she was away at her parents’ house.

A Krishnamoorthy, a police sub-inspector then explained what happened:

“The wordy quarrel continued till 2am on Thursday and he went to sleep.

“Around 3am, Sarasu brought a sharp knife from the kitchen and cut off her husband’s penis and left the house with the chopped off part.”

Jagadeesan was taken to the Government Hospital at Gudiyattam after his screams were heard by neighbours and relatives.

After his initial treatment, he was transferred to Government VelloreMedical College Hospital for surgery and recovery.

A case was registered against Sarasu by police under sections 294 (b) (using filthy language), 326 (voluntarily causing grievous hurt by dangerous weapons or means) and 506 (II) (threatening with dire consequence) of Indian Penal Code.

She was then kept in custody, thereafter. 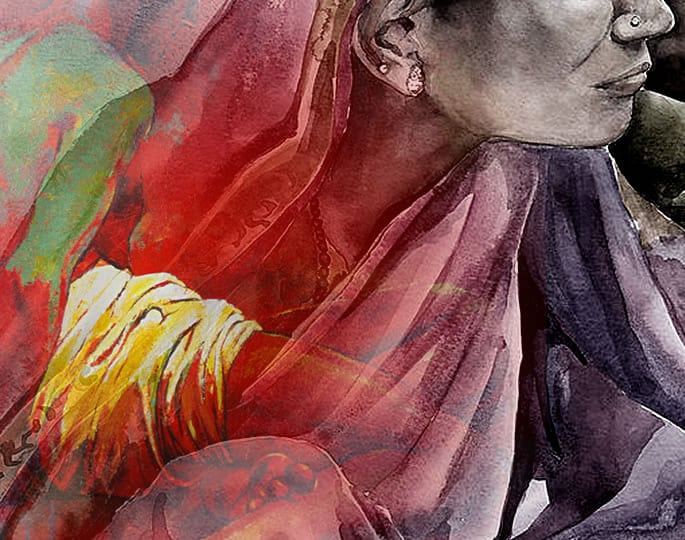 This incident reflects how a wife reacted when her Indian husband attempted to rape her while intoxicated.

In October 2017, R. Ravinder aged 40, from Telangana state in India, came home drunk and started to grope his wife.

This then led him to try and rape her in front of their children at their village home in Sirisedu.

Angry and in rage, she grabbed a kitchen knife and chopped off his genitals.

Ravinder was immediately admitted to a government hospital in Jammikunta for treatment but there was no news if his manhood was reattached.

“The incident took place when Ravinder was harassing the woman after getting drunk.

“Neighbours told us that the couple often fought whenever Ravinder came home drunk.”

“Unable to bear the harassment, she took a knife and chopped off his penis. We have filed a case under section 307 of IPC (attempt to murder) against the woman.

His wife, however, says she completely acted in self-defence and that her husband harassed her sexually frequently when he was drunk.

This story is where the Indian wife is actually discovered having an affair but it was the husband who bore the brunt for her adultery.

A 45-year-old woman, identified as Jayanthi bit her husband’s penis after he caught her “in a compromising position” with another man.

The discovery took place near Vellore, in the southern Indian state of Tamil Nadu in the early hours on July 31, 2018.

Police charged Jayanthi with attempted murder after she confessed to the crime.

Police said that Jayanthi and her husband, identified as Senthamarai, 55, were at a temple festival.

The woman made the excuse of needing to go to the bathroom so she could meet her lover.

When she failed to return, her husband went out to look for her.

A shocked Senthamarai found his wife in an intimate position with another villager.

In a rage, Senthamarai took hold of both of them and threatened to make their secret relationship public.

The three got into a scuffle and in the struggle, Senthamarai’s dhoti – a garment that Indian men wear by wrapping around the legs – fell off.

Fearing that she did not want her affair to become public, Jayanthi bit her husband’s penis, severing part of it and escaping with her lover.

Noise from the festival drowned out the nearby fracas.

Senthamarai was rushed to a Chennai hospital, where his condition was described as stable.

Police tracked down Jayanthi by monitoring her lover’s mobile phone.

Police arrested the woman where she remains in Vellore Central Prison for Women.

The woman was booked under Indian Penal Code Sections 294(b) (obscenity in public), 324(causing hurt with dangerous weapons or means) and 307 (attempted murder).

Although Indian wives chopping their husband’s genitals is a growing trend of revenge, we have to say that Thailand does lead the way.

It is so common in Thailand, it is named a “Bangkok haircut”. There are more stories of jealous wives cutting off their unfaithful husband’s penises than any other country in the world.

Dhiren is a journalism graduate with a passion for gaming, watching films and sports. He also enjoys cooking from time to time. His motto is to “Live life one day at a time.”
5 Top British Asian Companies which Produce Food & Drink
‘Kiki Challenge’ Men Ordered to Clean Indian Rail Station