An Indian woman chopped off a Swami’s genitals as he attempted to rape her. She claims he had abused her for years, while he visited her family for prayers.

"She used a knife in her defence and cut off his penis."

An Indian woman has chopped off a Swami’s genitals to stop him from raping her. After supposedly facing abuse for years from him, the 23-year-old resorted to the drastic action during the attack.

The incident took place on 19th May 2017. The Swami, identified as Gangeshananda Theerthapadar (a.k.a Sreehari), had entered into the woman’s Kerala property around 11.30pm.

However, his attempts to rape her ended as she cut off the Swami’s genitals. Police took him to a hospital on 20th May, at 12.30am. While undergoing emergency operations, he is in a stable condition.

Kerala police explained how the Indian woman stopped the crime taking place. They said: “She used a knife in her defence and cut off his penis.”

Police also revealed the full story behind the attack. The 23-year-old woman claimed that Sreehari had assaulted her for a number of years. Supposedly beginning while she studied at high school, the religious guru became opportunistic in his attacks.

The woman’s parents had been followers of the guru. Her family, unaware of his disgusting actions, invited him over to pray for her ill father.

On the night when she chopped off the Swami’s genitals, the woman knew he would come over. Ready to defend herself, she obtained a knife.

Police added: “She knew that no one would believe her if she said she had been sexually assaulted by a man of god. So, this was perhaps the only thing she could think of.” 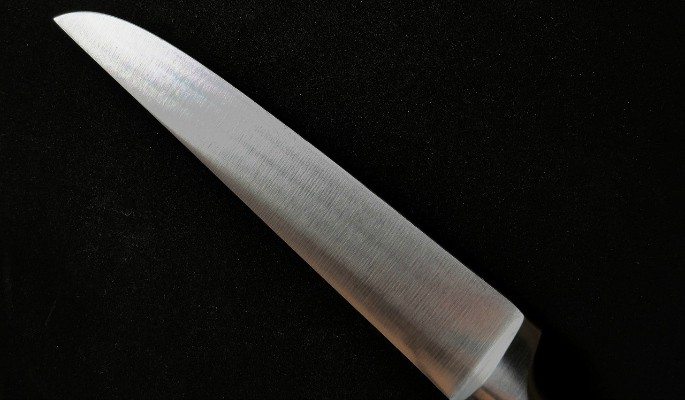 Since the attack, the 23-year-old has entered into a woman’s shelter. Here she will receive counselling for the trauma inflicted upon her and will remain under police protection.

Thiruvananthapuram Medical College, which currently treats Sreehari, released a statement on his condition. It stated:

“A 54-year-old man from Kollam was admitted at 12.39 am to the hospital on Saturday.

“His penis had been cut (90%) and was hanging precariously. There was no way it could be stitched back. Plastic surgeons who are urology experts in the hospital did emergency surgery to stop the blood loss and to enable him to pass urine.

While the religious guru remains in hospital, police have filed charges against him. These charges include sexual offences against a minor and rape.

However, in a shocking twist, the Swami tried to hide his intended attack as doctors treated him.

Upon arrival to the hospital, he claimed he had cut off his own genitals. But doctors, and even police, quickly realised these claims were untrue due to the severity of the injury.

The religious guru will soon face trial for his crimes. Hopefully, his 23-year-old victim will now finally get justice.