An Indian-Australian couple married in extravagant style as they hosted their Indian wedding reception in Australia.

After marrying in India, they continued the celebrations in Sydney.

They first married in a traditional ceremony in Delhi. 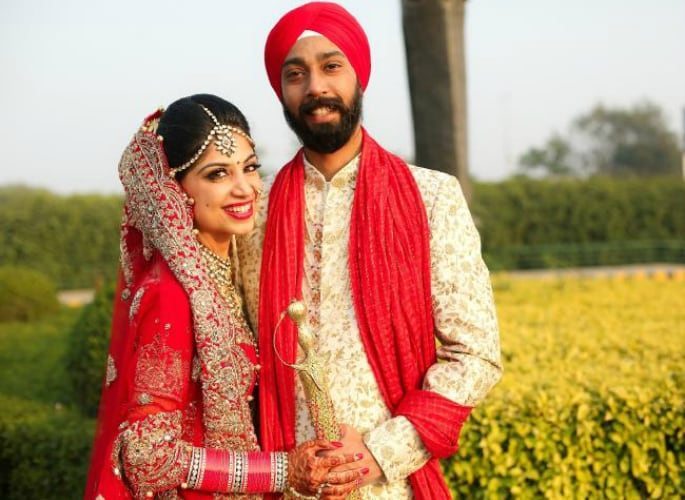 However, the fifth event, an Indian wedding reception in Australia, acted as the big finale to their stunning wedding. With thrilling entertainment and a romantic atmosphere, it truly reflected a big fat Indian wedding.

Held at Rosehill Gardens in Sydney, they invited 1,500 guests to the festivities. The couple arrived in a unique way; by helicopter! With drummers heralding their arrival, the Indian wedding reception began. 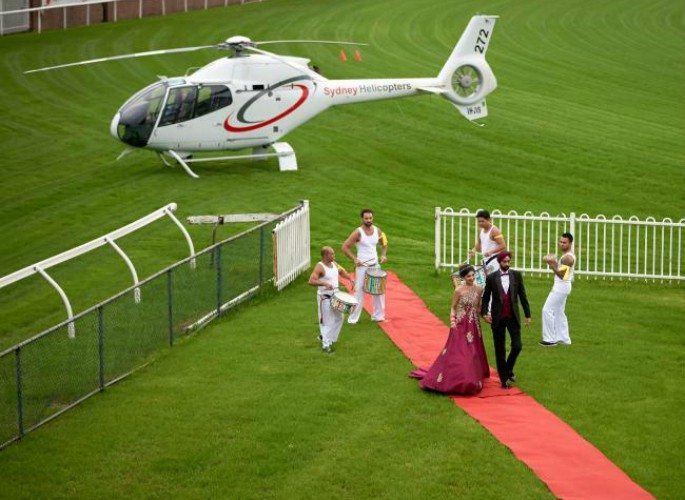 Divya Dhingra wore a beautiful wine-red gown, detailed with gold embellishments. With her hair pinned back into a regal up-do, the bride looked utterly glamorous. She added beautifully-crafted jewellery to her dress. 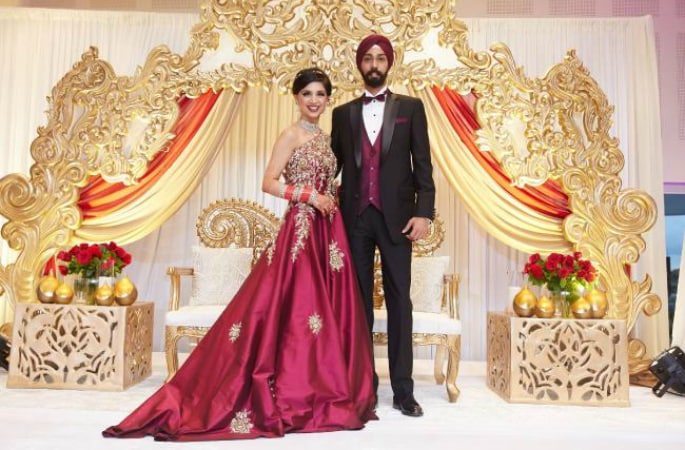 With the Indian wedding reception well underway, guests looked set to enjoy a night of music and dancing, a la Bollywood style!

Divya later revealed that their final celebration took great inspiration from Hindi cinema. She said: “I’ve always dreamt of this big, lavish Bollywood-style wedding so we had numerous functions across India and Australia.”

During the Indian wedding reception, it featured Brazilian dancers, fireworks and even a two-metre high cake!

The centrepiece cake reflected the luxurious style of this celebration. It contained lace icing and even precious crystals from Swarovski. The couple had to cut the cake with a long sword! 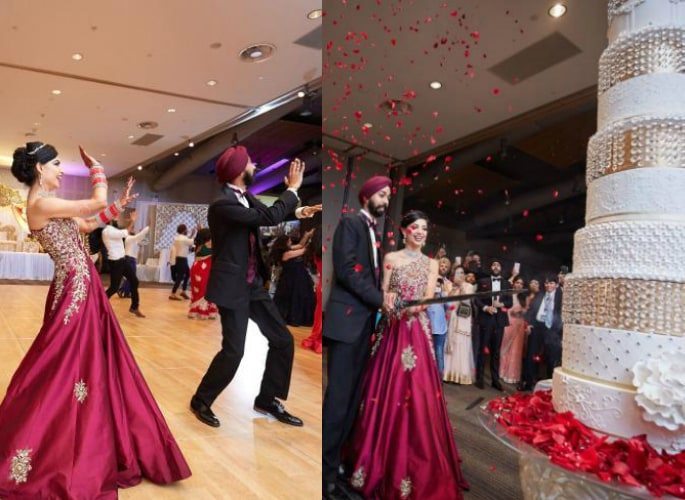 Since their lavish Indian wedding reception, the couple has been interviewed by SBS Insight. They revealed more details about their wedding, in that they decided against a dowry.

Divya explained that they wanted to focus on the love and romance behind their marriage, rather than finances. She revealed:

“We believe that marriage is a bonding of two hearts, and money should absolutely not come between such pure relationships of unconditional love.”

The couple also explained how they wanted to create a traditional, yet modern approach for their wedding celebrations. 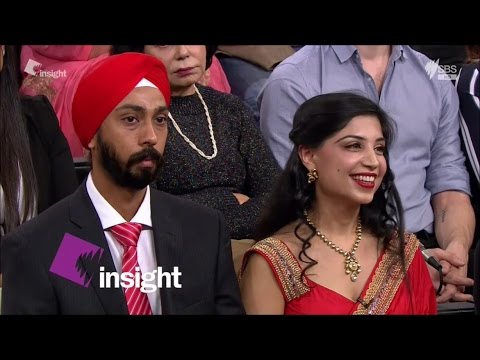 By creating such a wonderful Bollywood-inspired wedding, it has become a memorable one for all of Australia and India.